Seven things to do in Invercargill this weekend Southland is the end of the line in this country of ours; the last mainland stop before the ocean reaches for a distant horizon. There’s plenty waiting to be discovered in the big city of Invercargill and in the small towns that line its wild coast.

Explore the region in this extract from The Insider’s Guide to New Zealand 2017.

The name is somewhat misleading. Cosy Nook (photos above) conjures images of overstuffed couches, a warm fire, a sweet cottage in a green village. Perhaps that’s more Cozy Nuek, the Scottish village after which it is named. The New Zealand version is more craggy than cozy; a cluster of tiny cribs are tucked on the edge of small Mullet Bay, where waves throw tantrums against the small island of rocks that protects the residents from their rage.

For the early tribes who launched their waka here, and then the fishermen with their vessels, the quiet bay was a haven from the wild waters beyond. For the few who call Cosy Nook home, it still is. Not all the tourists who spot the signage from the Riverton main road turn off, so it’s still a bit of a secret. Snap-happy guests will find plenty of inspiration – from the trees growing near horizontal from the wind, to the picturesque cribs and Long Drop Lodge, advertising short stays only.

Cosy Nook is an hours drive from Invercargill. The turn-off to Cosy Nook is 12 kilometres from Colac Bay and is well signposted. 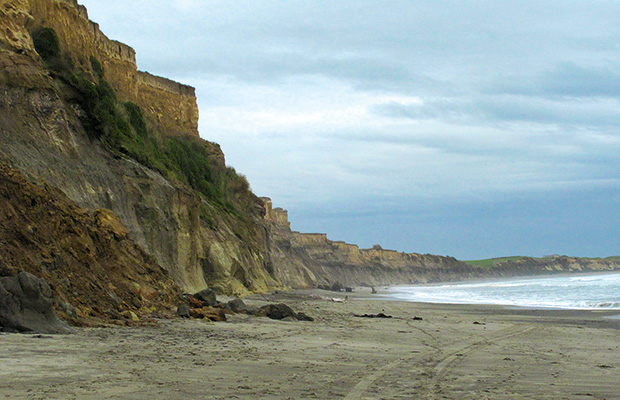 On the countertops (or under, depending) around the region are clusters of smooth, shiny stones of various colours. Polished gems, all of which tumbled onto Gemstone Beach in Orepuki, have been propelled onto the shore by the tumble dryer-like swell. Hydrogrossular garnet, orbicular jasper, rodinguite quartz – the names may not mean anything to the average visitor (most probably won’t even know what they look like) but that doesn’t make the hunt for them any less exciting. Semi­precious or not, the smooth rocks that speckle Gemstone Beach are a rainbow of colours. Many end up in the pockets of visitors, and find new homes as a pride of place on a windowsill or perhaps as a pet rock.

Regardless of its beauty, this can be a dangerous beach with a serious undertow. It’s safest to visit two hours before or after low tide – avoid walking too far when high tide is approaching as the water creeps up faster than expected and beaches once walked will quickly disappear into the ocean. Gemstone Beach is just 500 metres outside Orepuki and is well signposted.

More stories you might like:
The Uros Islands of Perú: Explore the colourful floating village made of reeds in Lake Titicaca

Gemstone Beach is located one hour from Invercargill and just 500 metres outside Orepuki. It is well signposted. 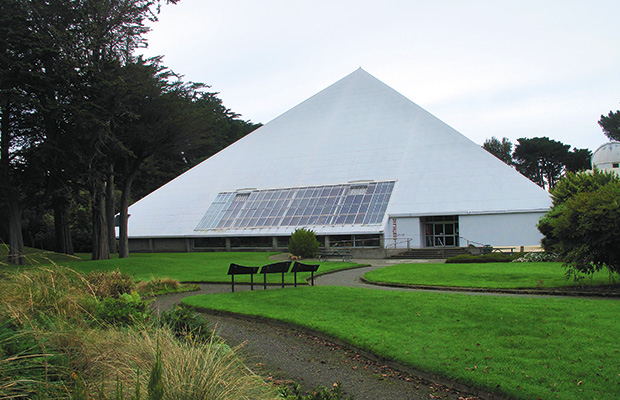 Looking for the Southland Museum? Keep an eye out for the enormous white pyramid at the edge of Queens Park and listen for the pitter-patter of tuatara feet. Not only is the Southland Museum and Art Gallery home to an ever-changing variety of exhibitions, it is also the location of one of the country’s most successful tuatara breeding centres. Living in reptilian luxury, the tuataras are easily found on the bottom level of the museum. Want to learn more about local legend Burt Munro? There’s a permanent exhibit dedicated to his life’s work and legacy. Wish you could explore the Subantarctic islands but fear seasickness? The Roaring Forties exhibit transports visitors hundreds of kilometres, without leaving the comfort of Invercargill. 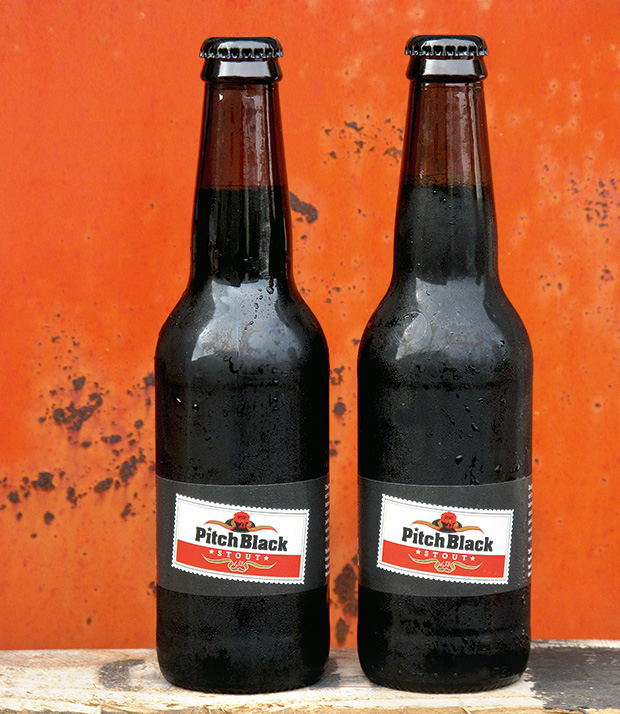 Looking for something to enjoy with half a dozen bluff oysters? Look no further than Invercargill Brewery’s Pitch Black. Made with the Bluffies in mind, this stout was one of the first beers Steve Nally brewed out of his dad’s garage back in 1999. He’s come quite a way since then, with a brewery in Invercargill’s city centre. Alongside making their own award-winning beverages, the team also contract brew a variety of beers for craft breweries such as Yeastie Boys and smaller operations such as Wanaka’s B.Effect Brewing. “We help out the little guys who are passionate but don’t have the gear available. We are big believers in supporting local and supporting Southland. Having variety and choice with beer is great, and we aren’t all about the alcohol – the brewer doesn’t even drink beer. It’s all about flavour,” says Kelley Robertson, who works alongside Steve. He also recommends trying the Boysenbeery Fruit Beer (with no added sugar) for something a little different.There are about 20 beers on tap – thirsty visitors can fill their own containers to take home or buy it bottled. Want to learn more about the brewing process? Guests can pop in at 1pm Monday to Friday for a brewery tour with a tasting of six beers. 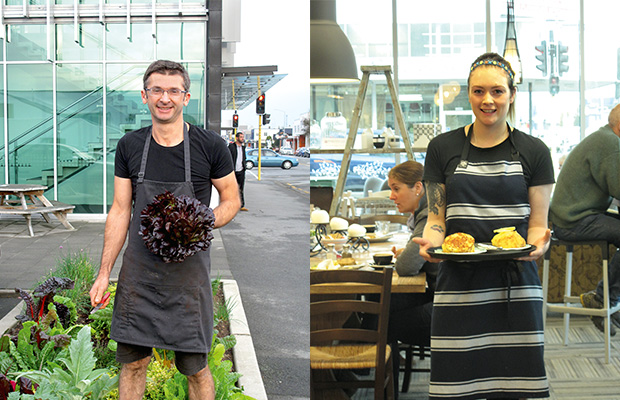 Make sure you walk into The Batch Café on an empty stomach. The most tempting cabinet of food awaits, along with an array of beautifully decorated cakes, a mouthwatering menu and the world’s most magnificent cheese scones. This Invercargill gem has a very Southland twist. The café – with food to rival any big-city restaurant and a stylish interior to boot – is the work of Gareth Hamilton, an ex-commercial fisherman from Stewart Island and his business partners – his wife, Donna, and Kate French. He opened The Batch Café in its original spot on Main Street seven years ago, and moved to the new location on Spey Street not too long ago. “People told me I was mad, it was a pretty dead part of town. They thought it was too far to walk but we’d built up a good following and they came with us.” It’s not just the food that keeps the customers coming back. Gareth makes it his mission to remember the coffee orders of his regular customers, an impressive feat considering how many locals begin their day there. It’s a bit of a must-do for international visitors too; Nigella Lawson was spotted having afternoon tea during a visit here. If Gareth’s not behind the coffee machine, pop outside and see if he’s in the vege garden that he’s planted along the main road – he may have swapped his fishing rod for a coffee grinder but he still likes getting his hands dirty. Jane Stanton has a simple business plan – promote New Zealand to the world through chocolate. And it’s working – the former teacher’s sweet treats have been eaten by Prince Harry and John Key, are stocked in a few hundred outlets and have been stashed in suitcases to fly to all corners of the world. It’s hard to believe that world domination via chocolate wasn’t even on the cards 14 years ago when Jane made her first batch of chocolates from a secret family recipe. Her grandfather, once mayor and fire chief of Hokitika, used to sell his handmade chocolates from his bookstore, and the recipe was carefully passed down through the generations.

She does differ slightly from the family recipe. She’s not scared of flavour, is Jane. She started by experimenting with pinot noir then quickly moved onto bigger, brighter and bolder. From L&P (the first to try the blend) to paua-inspired, hokey pokey, salted caramel, even Speights and seaweed… there is nothing that can’t be tried.
“In Southland, everyone has to work together to survive. We all pitch in when help is needed and businesses still run on handshakes,” says Jane. With so many chocolates being handmade in The Seriously Good Chocolate Shop, it’s incredible that the team’s hands have spare time to do any handshaking. There are also cakes and cabinet food to make, and new collaborations being dreamt of daily. There is even an authentic Belgian chocolatier – and all of this in Invercargill. The only five-star accommodation in Invercargill, Safari Lodge has undergone quite the transformation since being built in 1902. When Ray and Trish Winter purchased the home in 1987 they were warned it was probably best to knock it down but the couple had a vision (and their fingers crossed). It was 2007 when the final touches were added in the form of a conservatory – with spa pool – and the lodge is now Invercargill’s premier B&B, with four luxurious rooms with enormous beds perfect for sinking in to at the end of a long day exploring.
Only a few hundred metres from Queens Park, the Tudor-style Edwardian home was built by engineer and artist C H Howorth. Perhaps the last place many would expect to find an extensive African art collection is in a Tudor-esque home in central Invercargill, but five years in Mozambique left Trish and Ray with a love of Africa and a container filled with furniture, sculptures and artworks (there’s an extensive explanation of the pieces located in each room).

Only a few hundred metres from Queens Park, the Tudor-style Edwardian home was built by engineer and artist C H Howorth. Perhaps the last place many would expect to find an extensive African art collection is in a Tudor-esque home in central Invercargill, but five years in Mozambique left Trish and Ray with a love of Africa and a container filled with furniture, sculptures and artworks (there’s an extensive explanation of the pieces located in each room).

The room rate includes Trish’s full home-cooked breakfast, and for some lucky guests, perhaps a sample of Ray’s handcrafted spirits. Both hosts are incredibly knowledgeable about the area, and will happily point guests in the right direction. Invercargill and Coastal Southland featured in The Insider’s Guide to New Zealand 2017. Purchase a copy here.

The 2018 edition of The Insider’s Guide to New Zealand is available in stores now. Purchase a copy here.