A Southland couple have turned their block into an internationally-recognised wetland of importance, and a safe haven for one of NZ’s rare birds

It’s a shy bird, more often seen than heard. This is the common description of New Zealand’s native fernbird, a small, demure, speckled-brown creature with a tail and feet out of proportion with the rest of its body.

However, just one visit to Jenny and Ian Gamble’s block and the myth about the fernbird’s shyness is dispelled. Talk to the owners of this marshy reserve on the edge of the New River estuary, close to Invercargill, and it becomes clear the fernbirds are only difficult to see when they live in areas where predators and habitat destruction have decimated their population. Here, if you’re lucky, they’ll scurry past your feet like brave little mice. 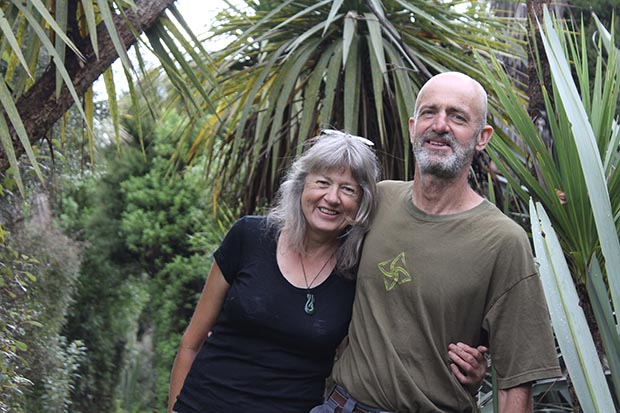 Jenny and Ian live on a mainland ‘island’, an area of bush, wetland and marshes at the end of an estuary, just minutes from the main street of Invercargill. Their property doesn’t have a predator fence or protective moat of water right around it. Instead, Ian and landcare group volunteers conduct a rigorous trapping programme, covering the couple’s wetland and mature forest, and the DOC land that surround it, a barrier of sorts between it and the nearby suburbs.

But for the first 15 years, despite all that manpower, the Gambles noticed something odd about the birdlife on their block. There were virtually no bellbirds. Those that did put in an appearance were almost always males. The Gambles came to realise the females were being predated on their nests. A Fernbird on the Gamble’s block near Invercargill

“We were already trapping for stoats, cats, and possums,” says Ian. “Then one day we went on a field trip to More’s Reserve, about (an hour’s drive west, at Riverton) and saw a lot of bellbirds. Jenny and I said to each other, ‘Our place isn’t like that,’ and that’s when we realised we had to put more effort into rat control.”

Pest control was stepped up with help from the local landcare group and Environment Southland. Today, it’s rare to see any predators on the Gamble’s property. Ian could once spotlight possums from the deck of their home, but now it’s unusual to even hear one at night. 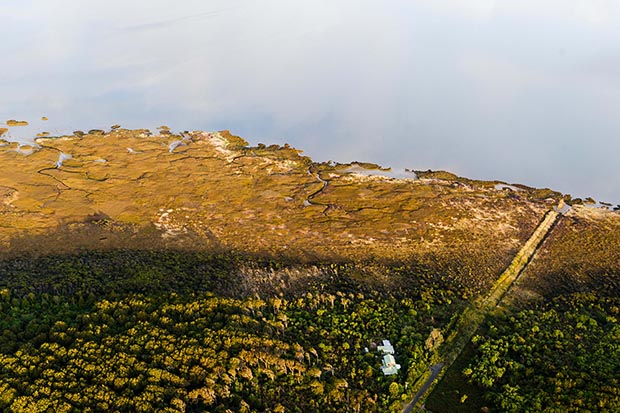 Jenny and Ian live on a mainland ‘Island’, an area of bush and wetland at the end of an estuary

“We don’t like killing animals,” says Jenny. “But it’s a clear choice between pest animals or birds.”

The Gamble’s work is paying off. Clouds of fantails flutter around us as we leave their house and walk along a well-maintained trail through mature podocarp forest. Jenny weeds it by hand, preferring not to spray. Fantails will nest up to six times a year but of the 15 young that fledge, only one will survive in areas not protected through trapping.

The forest gives way to the wetter parts of the reserve, a 600m-long path continuing over a meandering boardwalk. It leads out over the tidal estuary, fringed by divaricating shrubs and stunted manuka trees sporting lime green tufts of dwarf mistletoe, through jointed rushes and rare native grasses. The walkway is kept weed-free through hand clipping and an occasional trim with a weedeater. Bushy Point runs from a 400-year-old podocarp forest, down to the salty marshes on the shoreline

Fernbirds are everywhere. You notice their movement in the rush all around you. Their brown-gold feathers are the same colour as the vegetation so while the birds are not easy to spot, they quickly make an appearance, clinging to rushes as they pop their heads out, fluttering over the wetland in short bursts. They even walk across the boardwalk, close to your feet.

Jenny has an obvious attachment to the endearing little birds. She is quick to point out the adults’ comical ‘eyebrows’ and the fluffy down still sprouting from the juveniles.

“Fernbirds are like most endemic birds in this country,” she explains. “They have no fear of predators, and they’re inquisitive. That’s why they’re happy to come so close to us. They use their big feet to help them move over the rush, and their long tails hang down to help them balance.”

Fernbirds are notoriously difficult to study because they spend most of their time moving about. They are mainly insectivorous, and nest 2-3 times a year, laying a total of 3-5 eggs in each clutch. Nesting success is weather and tide-dependent, and a southerly storm or king tide can quickly spell destruction. Jenny and Ian seldom come across nests, something they find reassuring. The jointed wire rush meadow on the estuary edge offers a safe nesting area, providing a natural cat, rat and stoat-proof barrier. This, along with the Gamble’s predator control, amounts to a safe haven for birdlife, but it’s only enough territory for a given number of fernbirds.

It was the fernbirds which drew ‘birders’ (birdwatchers) to the Gamble’s property. In pre-internet days, the area around Otatara was already in bird guides so the couple had birders from all over
the world knocking on the door from the word go. When Jenny and Ian’s two sons left home 10 years ago, the couple transformed their home into a bed and breakfast for guests. Bushy Point is only minutes from the centre of Invercargill

The tranquillity and the natural aspects of the land that people wanted to see helped Jenny and Ian to make the decision to accommodate only one set of guests at a time. Today, word of mouth and the internet mean birders aren’t the only ones who seek out Bushy Point B&B, but the couple’s philosophy remains the same.

“People come here because it’s a different sort of retreat,” says Jenny. “Some have never seen a sky without smog, or stars so bright. They’ve never seen birds so close-up or been in a landscape that’s virtually unaltered. Other than through planting and trapping, Ian and I haven’t changed this land. It has changed us. We want to keep things low-key so visitors can enjoy the place for what it is.”

“People shook their heads when Jenny and I first bought the property,” says Ian. “They thought wanting to live in a swamp was madness. But right from the start we were proud to call ourselves ‘swamp-dwellers’. And now, people from all over the world come to see what we have here, and we look for excuses not to leave the place. We haven’t been out of Southland for two years!” 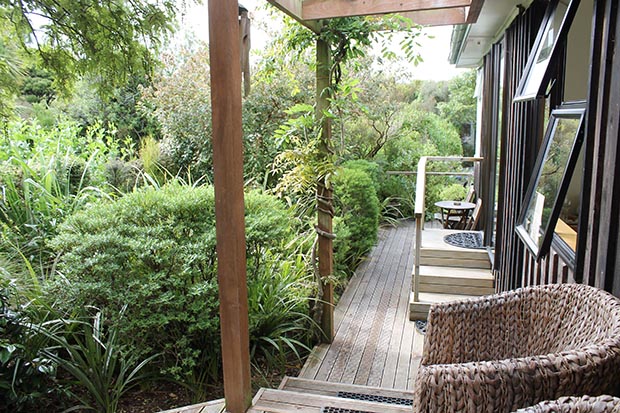 The Gambles say they love being swamp dwellers, and guests from all over the world want to share in it

The Gamble’s kitchen is a mellow, woody space with wide windows facing onto gentle bush. Birds come and go from a feeder placed just beyond the dining table. In the family’s archival photo album, you can see the regeneration of the previously grazed part of the reserve.

“A lifestyle farmer owned the land before we took it over,” says Ian. “He grazed about 2ha of the place and the stock had been into the bush as well.” 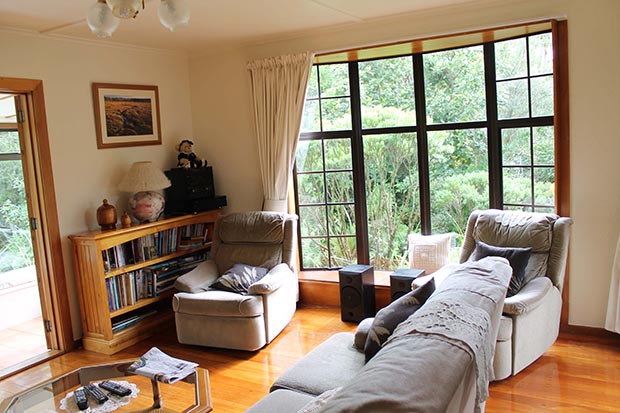 The house used to have water views, but the Gambles say they have no issue with it being blocked by thick swathes of native bush

Revegetation now completely blocks the view the Gambles once had of the estuary and they couldn’t care less.

“We have a microclimate now,” enthuses Jenny. “Cabbage trees, flax, manuka, wineberry, everything we’ve planted gives us the most amazing shelter. Some days, we don’t even realise there’s a gale blowing. And we can still (just) see the water from upstairs.” 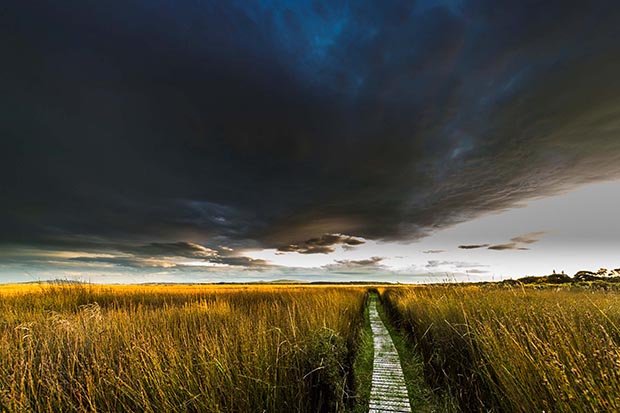 The boardwalk through the wetter areas was built over five years, funded by a range of grants. It completes a 600m-long loop track around the Gambles’ block

Their success with planting is due to their attention to the vegetation that was already growing successfully around them, including flax, cabbage tree, oleria, toi toi, fuschia, wineberry and mingimingi (Coprosma propinqua). They began potting up plants from their own backyard and established a nursery. Members of the community who could see the potential of the property helped to plant the locally-grown natives. The trees thrived and before long were providing shelter for larger canopy trees to take root. Now, regeneration is happening naturally.

Jenny and Ian say they are grateful to have had the opportunity to share their land with others in their community. The couple used it as an opportunity to educate people about wetlands and the need to protect them.

But they had to close it to the general public, a decision they were forced to take for the sake of the birds.

“We had a sign asking visitors to call at the house to ask permission to walk over the property,” says Ian. “But that request was often not respected. Once, we came home to find someone standing on the boardwalk with a cigarette in their hand, smoking. The undergrowth of dry manuka and rush is a wick waiting to be lit. If a fire started here everything would be gone by the time the brigade arrived.” 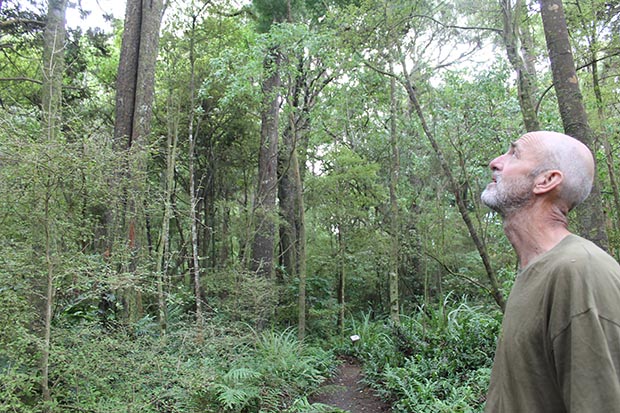 Both Jenny and Ian are pleased they bought the land and began enhancing it at a time when management plans weren’t fashionable and resource planning consent was less of a requirement.

“We were lucky we bought the property at a time when we could do what we wanted to under the radar,” says Ian. “We had a young family and there was a lot of work to do on the house, so we just went with the flow, planting when and how we could, and it just ‘happened’.”

It may have been accident or it may have been design, but the result is a lifestyle block reserve that is one of the best examples of its kind in the country. Southlanders were still throwing rubbish into the city landfill on the Waihopai branch of the estuary until recently. The ecology of the estuary is still rapidly degrading as a result of intensive farming in the catchment.

But their work has seen their block identified by the Ramsar Convention as a wetland of international importance. It’s now also covenanted under a Queen Elizabeth II National Trust, meaning the property and its wildlife are protected in perpetuity. Here, in this tranquil place at Bushy Point, fernbirds will forever continue to challenge the myth about their shyness. 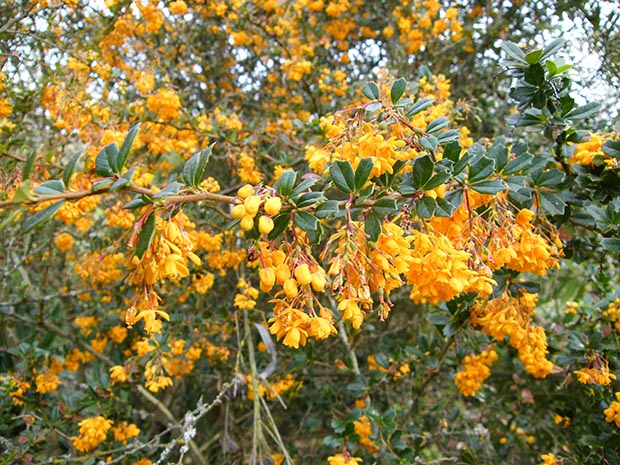 Darwin’s Barberry
“We have Darwin’s barberry on our land and we use Vigilant on the larger trees. We have a range of other invasive weeds, including blackberry, which can usually be pulled out easily in the wet. We control muehlenbeckia in areas where it is smothering young trees but it gets to a balance when the trees become established.” Ian’s trapping tips
Possums: Ian uses a Possum Master trap with a noose and arm that catches and kills possums, ferrets, stoats, weasels, feral cats and rats. The trap has a special face plate to stop it catching cats if that’s an issue, but in this area Ian says he regards every cat on the reserve as a pest animal.
www.possummaster.co.nz
Stoats and weasels: Ian uses DOC 150 and 250 traps.
www.connovation.co.nz | www.traps.co.nz
Rats and mice: Ian sets snap traps in and around the house. On the block, poison is used for rats, and on the perimeters of the reserve large amounts of bait are still taken. Bait is kept safe from weather (and children) in Pied Piper bait stations, especially designed to stop the rodents taking the bait away and storing it. www.ratcontrol.co.nz/bait-stations-nz 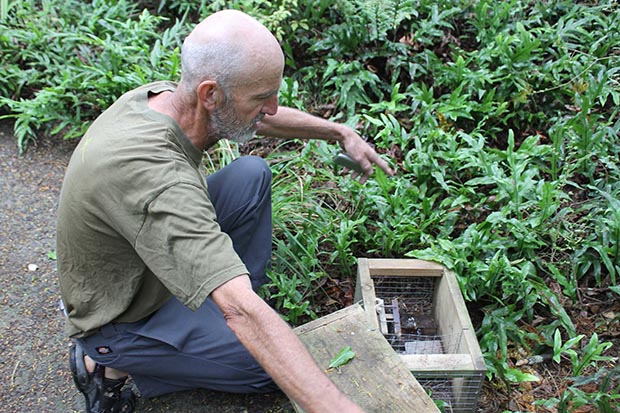