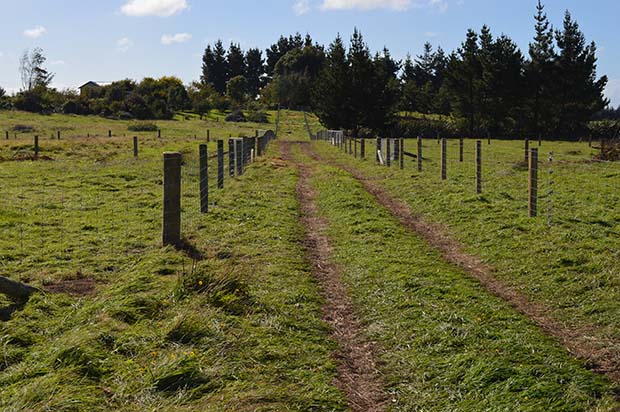 Follow these five tips to avoid a bad fencing job and learn how to spot a good fencer from the pack.

There’s one really easy way to know if a fence is well built: a good fence is one you don’t notice.

That’s the golden rule of experienced contractor Simon Fuller, the President of the Fencing Contractors Association of NZ (FCANZ).

“It blends in, there’s no sudden rises, humps, and hollows, it’s a flowing fence, especially on a lifestyle block, unless you’re wanting to make a statement in an entranceway.

So you imagine Simon’s horror at the fencing job seen here, put up on the Southland lifestyle block of Annette Tuffery by a contractor whose ad she found in the local paper. Months later, Simon still pauses for a few seconds before he can articulate his incredulity at what he saw on Annette’s block.

“I was lost for words. I said to her something that she didn’t want to hear, but it’s probably the worst fencing attempt I’ve ever seen, everything was substandard a total mess. I don’t know how to describe it. Total incompetency.”

Annette supplied all the materials herself and paid in advance for the labour on this shocker of a fencing job. When she realised things were going bad, she complained but the resulting argument left her out of pocket by $7000 and with fences that were completely inadequate and in some places, barely standing.

Desperate for help, she got in touch with FCANZ to talk about her situation. By complete coincidence, Simon was in Southland at a field day and about to lead a meeting of local FCANZ members. When they heard her story, they felt so sorry for her they offered to chip in some time to help out. A few days later a team of volunteers was on-site to get the job done right.

Simon Fuller says if you’re investing in new fences, there are steps you can take to make sure you pay for a fence that’s going to last, and that the process is positive for you and your contractor. 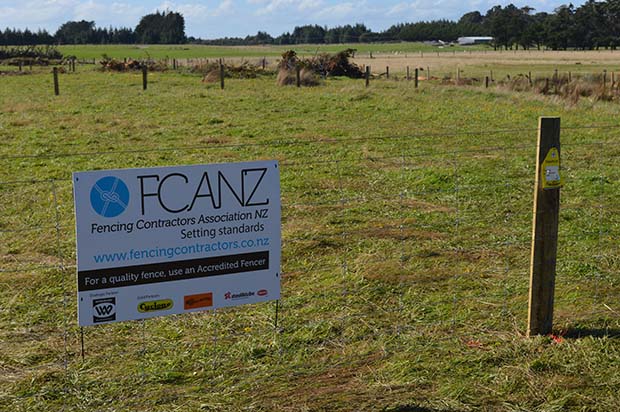 LOOK FOR A MEMBER OF THE FENCING CONTRACTORS ASSOCIATION
This industry group only accepts fencing contractors who can prove their competency to a high level. They must:
• Hold an NZQA certificate in fencing which covers all aspects of fencing practice, including design, how to work with different soil types and terrains, and practical wire skills.
• Have a working health and safety policy
• Have public liability insurance
• Have been in business for at least three years, to prove their business acumen and tax/financial practices
• Provide references from satisfied clients to FCANZ
The FCANZ website has a directory of members nationwide.
www.fencingcontractors.co.nz

TALK TO THE LOCALS 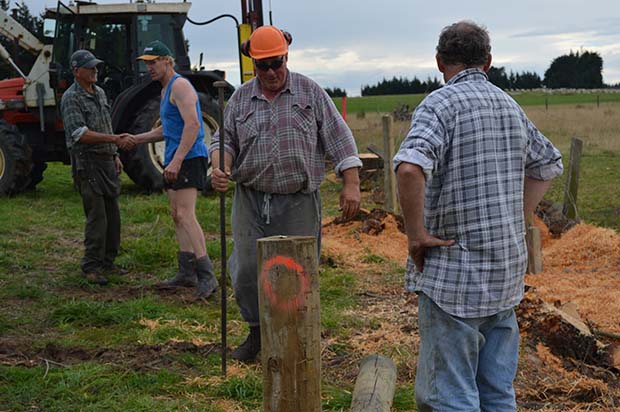 “Don’t look at the first ad you see and ring him and get him to do the job. Ask around at your local timber yard or farm fencing merchants and ask ‘have you got any contractors you can recommend to me?’ Most will have two or three that they recommend on a regular basis.

“Ask other people that you may associate with who does their fencing, is there anyone local? If you drive past a good fence, ask the owner who did the work.”

GET THREE QUOTES
This will give you an idea of the price range for your job, so long as you are careful to make sure the quotes are for the same materials.

“Is it apples for apples?” says Simon. “What posts is he using? Is it a small quarter round or a big round post, because there’s a difference in the cost of materials.”

The exception to the three quote rule is when a fencing contractor comes highly recommended by multiple sources.

HOW AND WHEN TO PAY
Like a lot of tradespeople, fencers generally give a price for materials and labour. Sometimes they may do a labour-only job, but Simon says he prefers to supply the materials himself but not for the reason you may think.

“I prefer to supply the whole job because then I know the materials I’ve got are suitable for that job.

“But in saying that, if somebody says ‘Look, I’ve got these materials here, can you use them?’ we’ll look at what they’ve got and say ‘Yeah, we can use that, that’s no good’ – it does work both ways.”

Everything is negotiable but typically a fencing contractor will want a 50% deposit on the quoted price when the materials arrive on site.

The final payment for the job is usually within seven days or on the 20th of the following month depending on the accounting practices of the contractor. In some cases, they may ask for the money to be paid on the day, but whatever the conditions, all of this should be something that is discussed and negotiated before the job begins.

A GOOD CONTRACTOR WILL MAKE YOU WAIT
Good fencing contractors are like good builders, plumbers, and electricians: they’re busy and you might have to wait a few days for them to get back to you to organise a time to do a quote, and it will be at least a few weeks before they can start.

“You need to have a plan,” says Simon. “If you want a fence done, you need to start planning two months out.

“And if you’re trying to get hold of a contractor, it’s highly likely they’re out of reception, or they are using heavy, noisy machinery so they don’t always hear their phone or they mightn’t be able to stop – those are things to be conscious of when you’re ringing people.”

Sometimes, if you have a small job, a contractor may be able to do something for you quickly. If someone is available to start straight away on a big job, it might be a possible warning sign that you need to check them out further before you hire them, or it could just be another job was delayed, but always check.

More stories you might like:
Exploring Te Kainga Marire: How Tāne Mahuta inspired Valda Poletti to create a wild garden in a New Plymouth suburb 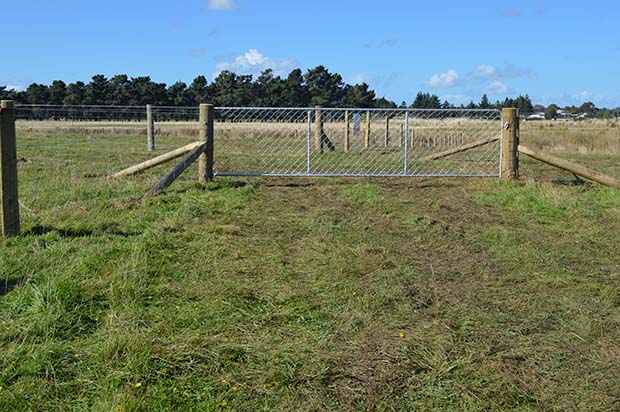 1. Great design
A good fencing contractor isn’t just someone who can do the practical building work.

“If somebody can design what you’re wanting, the flow of your yards, the laneway of your property, and he’s $500 dearer than somebody else, why don’t you use him?” asks Simon. “He’ll have put a lot of input into it, and is showing the experience that he has.”

They’ll also take note of your needs. For example, if you have sheep, the fence will have design aspects that help you move your sheep easily.

“They’ll make sure that it’s stock proof for the purpose that it’s set out to be. If you’re fencing a lifestyle block and you’ve got sheep, they’ll make sure the bottom wire is a distance off the ground that your sheep aren’t going to get underneath. On average we’re talking 100mm, 115mm, no higher than that in place, and it follows the ground appropriately, so animals can’t get underneath it.”

2. Good tools
A good fencer will have a tractor with the right gear for post ramming, and well-maintained tools and equipment that are necessary to do the job.

3.They’ll make you feel confident
If the quotes for a job all come in at around the same price, Simon recommends choosing the one who gives you confidence.

“Maybe it’s a good idea to go with that guy because then you know you’re going to get what you want. The cheapest quote is not always the cheapest in the long run.”

Simon’s tip: Ring your contractor on a weeknight
“If someone rang me tonight and said ‘I’ve got a job to do, can you look at it tomorrow?’, chances are I can’t,” says Simon. “Most fencing contractors will say they can come round on their way home after finishing work, or on a Saturday or Sunday but bear in mind, once again, we’re no different than any other contractor. But evenings are a really good time, they’ll be home.”