How to grow salsify and scorzonera in a New Zealand garden 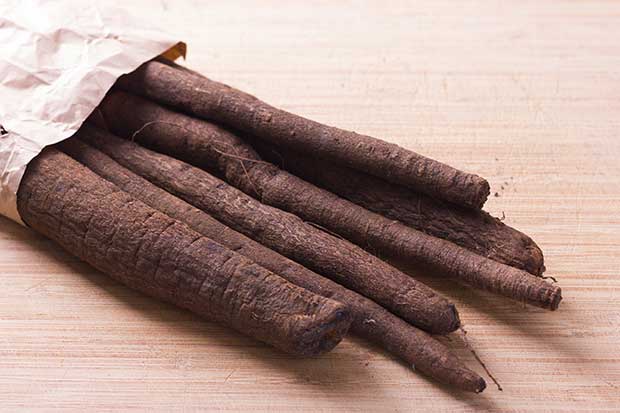 Fancy something a little different this winter to give you a change from the usual carrots and parsnips? Try salsify and scorzonera.

Kary C Davis raved about salsify in the 1917 school textbook, Productive Plant Husbandry. “This is a very palatable winter vegetable, with long, white, tapering roots. When cooked and served with milk or cream it is thought to resemble the oyster in flavour, hence it is also known as the ‘vegetable oyster’.” 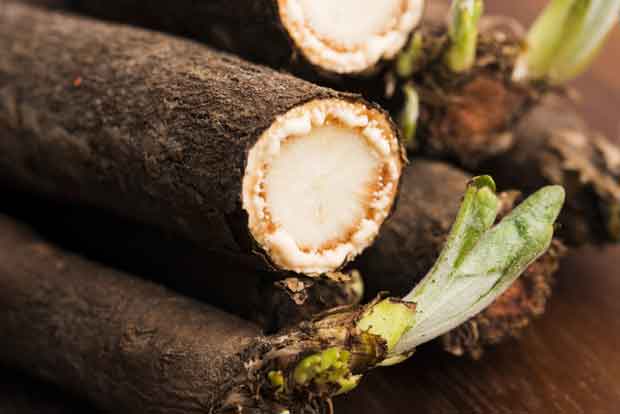 Peter Henderson, in his work Gardening for Pleasure (1888), also described it as a valuable winter vegetable. “The culture of this vegetable is the same in all respects as for carrots. Like the parsnip, it is hardy, and can be left out during winter in any district without injury from frost. It is rapidly becoming more popular. It is stewed like parsnips or carrots, is used to make soup, which has a decided flavour of the oyster, or is first parboiled and then fried.”

Salsify (common or white salsify, Tragopogon porrifolius) is an unusual plant. Even today, some gardeners refer to it as a vegetable oyster, although the flavour is barely detectable. I’d describe it more like a nutty artichoke, but that might put some people off too. 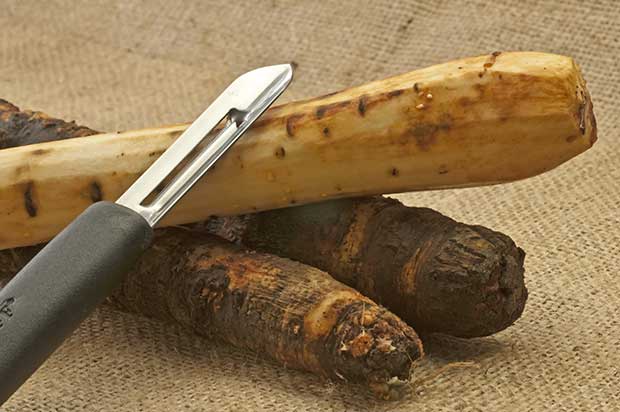 Scorzonera (black salsify, Scorzonera hispanica) is similar in flavour but with longer, thinner roots and a dark skin. In perfect soil conditions (light, sandy), the roots can grow up to 60cm long. It is more vigorous than salsify and matures earlier. It’s grown mostly for its roots, but the leaves and flowers are edible too.

Henderson described black salsify as the more flavoursome of the two. “This is somewhat different in flavour from salsify, and is preferred by many. It has much broader leaves, but is cultivated and used in the same manner.” Both plants are great crops for the winter garden.

Sow them now and you could be enjoying a hearty winter meal in as little as 12 weeks. Grow as you would parsnips. Add a general fertiliser 2-3 weeks before sowing, but leave out the compost and manure as the roots will fork in rich soils. Sow directly into well-drained, deeply-dug soil. Use fresh seed, no more than a year old, as it quickly loses its viability. 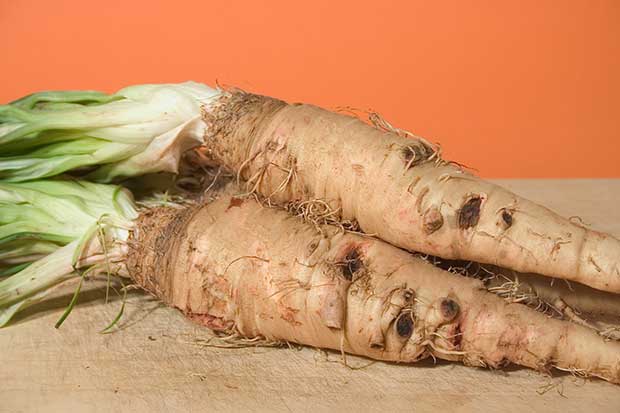 Salsify takes 16-20 weeks to mature. Scorzonera can take as little as 12 weeks. The roots of scorzonera reach their full length about nine weeks after sowing, after which they increase in diameter. Frost converts starches to sugar and improves the flavour.  Harvest these vegetables gently, as the roots snap easily. You can enjoy them in winter soups, as a steamed vegetable, or as a vegetarian ‘oyster’.  Salsify and scorzonera are virtually interchangeable in recipes. Scrub clean, boil or steam, then peel, as the thick, inedible skin is then much easier to remove. Henderson suggests parboiling, then frying them, and you can always throw them on the barbecue.