Love and loss have given a 40-year-old sports car a new lease of life.

Thirty-six-year-old Kim Partridge – Belgium-born, London-raised and currently residing in the world’s coolest little capital – has zippo interest in cars. She’s never noticed them, never wanted to know about them, nor wanted to own her own. But on a wintry Friday morning she’s steaming along Wellington’s bustling Wakefield Street in her beloved 1977 Morgan 4/4.

“It’s bittersweet and it feels very emotional but I know Dad would think I’ve done the right thing.” ‘It holds such a connection with Dad and it’s irreplaceable, but I’m not fussy about it’.

The hood is down, the Ford Kent 1600 engine hums and the hand-built ash wood framework rattles with Partridge family history. “Lovely isn’t it? It shifts and shuffles in the wind and when it’s raining it totally leaks – actually drips into the passenger foot well. A friend recently said, ‘Did you know it’s raining inside your car?’

“You need to push the pedals down to change gear, the handbrake is a nightmare, there are no side mirrors and there are gaps when the hood is up. It’s so low you can touch the tarmac. But you can feel the engine; it clunks in such a satisfying way. It’s exciting and great fun to drive.” 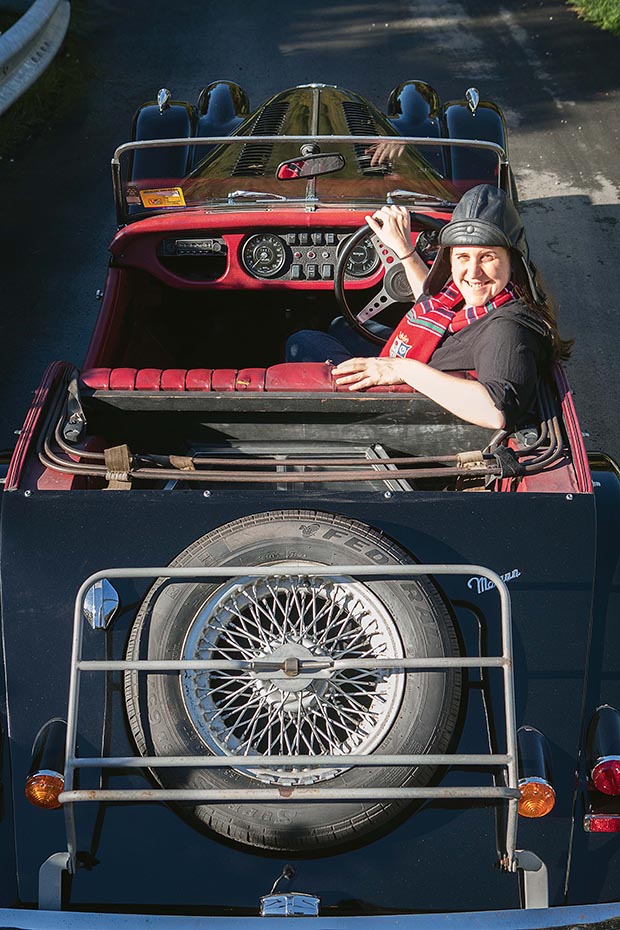 Doing the right thing is not necessarily the easiest thing – a premise so keenly captured in the case of Kim Partridge and the dilemma of her dearly loved late father Richard’s sports car. It was never going to be a case of selling.

“Dad was from Yorkshire and he bought the Morgan when he was about the age I am now. He was living in Brussels working as an accountant and purchased it through an agent in London who was selling on behalf of its first owner. It was virtually brand new.” 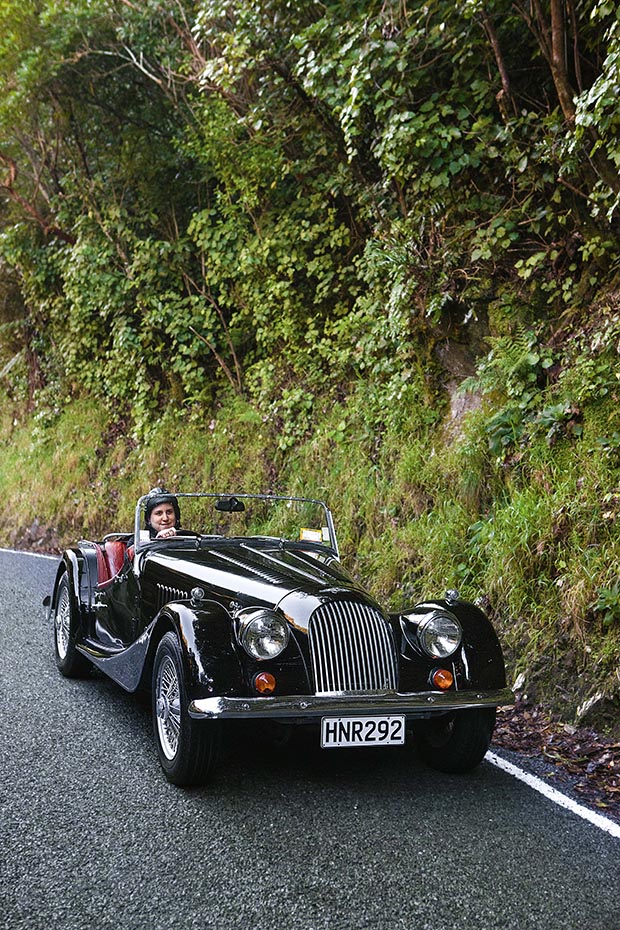 A year later Richard wooed Kim’s Belgian mother Marie-Jeanne with his racy vintage-styled machine – only 3480 of which were built between 1968 and 1982 by the Morgan Motor Company in Malvern, England. Waiting lists were several years long.

“Dad was crazy about sport. On the night of the 1978 FIFA World Cup final, he was in a bar in Brussels watching the match when he set eyes on Mum. He offered to buy her a drink and later delivered her home in his fancy car.”

That fancy car was to become centre-stage in their lives. Richard and Marie-Jeanne married in Limburg, Belgium – the English side of the family traveled to the nuptials in a Rolls-Royce Silver Shadow Mk1 owned by the groom and his brother. Several years later the couple, accompanied by their baby Kim, returned to the UK.

“Mum and Dad bought a house in west London with a garage for the Morgan – that was a key requirement. I have a lovely memory of Dad in the driveway at home. He’d wash and polish the Morgan, then sit alongside it in his deckchair with a Boddingtons beer in hand and his radio on a cardboard box and listen to the cricket.” 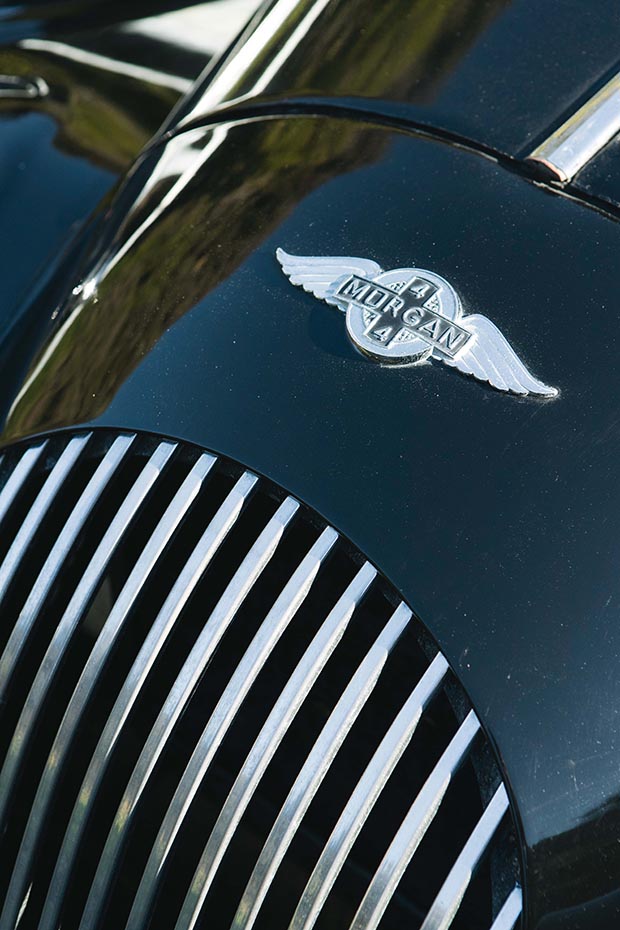 Kim used to slide down the Morgan’s wheel mounts. “I also used to be bored to tears sitting in it outside Dad’s local garage in Ealing while he was inside talking for hours.”

Over the years the family took the Morgan to Belgium for summer breaks. It was a fair-weather car – insured for six months of the year and used by Richard as his summer drive. Then in 2008 everything stopped. Richard died suddenly aged 65. Kim, an IT specialist, was working in London at the time and moved home to be with her mother. The Morgan sat in the garage. A year after her father’s death, Kim mobilized. “I assumed Mum might start to drive the Morgan, but it didn’t happen. I was 28, had no driver’s licence and no knowledge of the Morgan. I knew it as ‘that black car’.

Learning to drive that black car became a means of sharing an important facet of her father’s life. Lessons ensued, a licence was obtained and the Morgan became her London wheels. Imbued with her father’s sense of adventure – “Dad worked all over the world and was a huge supporter of travel and of people getting on with things” – Kim exited her London lifestyle. “I’d had a Kiwi boyfriend at one stage and had spent five days in Hamilton. When the Rugby World Cup was in New Zealand I decided it would be a good year to come.” 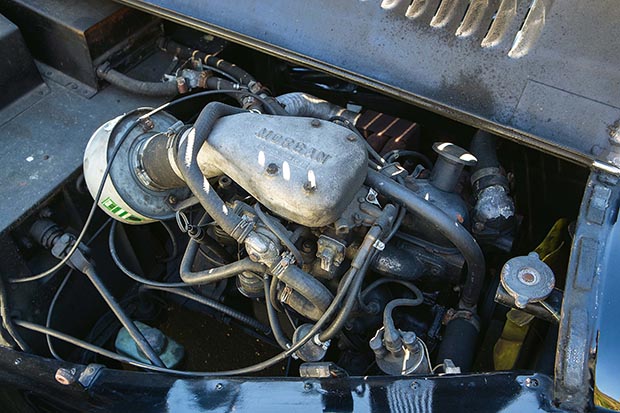 She assigned a week each to Auckland, Wellington and Christchurch and was in the YHA near Latimer Square when the February earthquake struck. “I’d already fallen in love with New Zealand but it was heightened when I saw the way in which Kiwis responded and cared for each other. In London I’d helped at a homeless shelter and here I was in Hagley Park queuing and being cared for. I was a bit battered and bruised but not badly hurt. I was flown back to Wellington in an RNZAF Hercules jet. All I had was the clothes I was standing in, my handbag and a two-day-old pair of contact lenses.”

As the Morgan pauses at the lights, Kim tells of finding a job, a flat and a bunch of friends in a city on the other side of the globe. In 2014, ensconced in an apartment that came with a car park and her Wellington life in full swing, Kim shipped the Morgan to New Zealand. “It was a really hard decision to make but Mum thinks it’s great, and even Dad’s garage in Ealing has said I’ve done the right thing.” 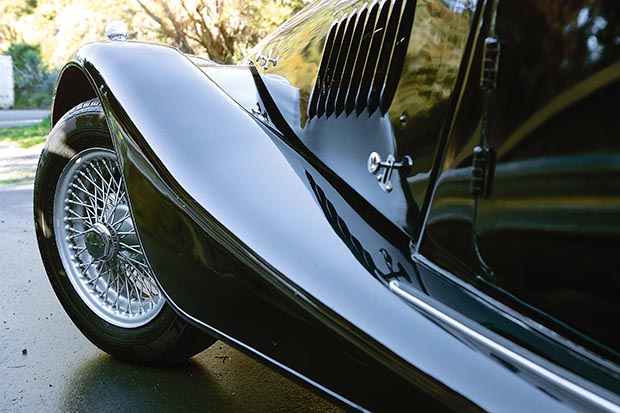 The Morgan’s New Zealand life is full. “It holds such a connection with Dad and it’s irreplaceable, but I’m not fussy about it. It goes to the supermarket, my friend’s kids climb all over it (one of them found the horn for me), and I love bombing along the open road. There’s no radio so I sing at the top of my voice. It’s wicked to have it here.”

She contacted the Morgan Sports Car Club, and is relishing the association. “They’re so kind, and seem thrilled to have a young woman member. I didn’t know the Morgan had a heater until I went to the AGM.”

While a pull home to London may yet materialize, it is set in stone that where Kim goes the Morgan will go too. Forever. “I’m looking forward to being an eccentric old lady with an irreverent spirit, and driving the Morgan probably gets me half way there.” 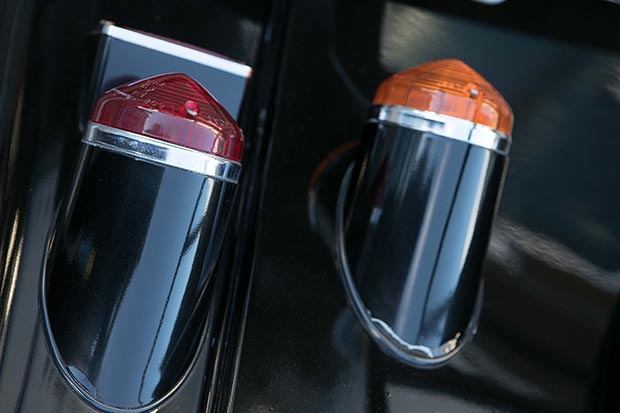