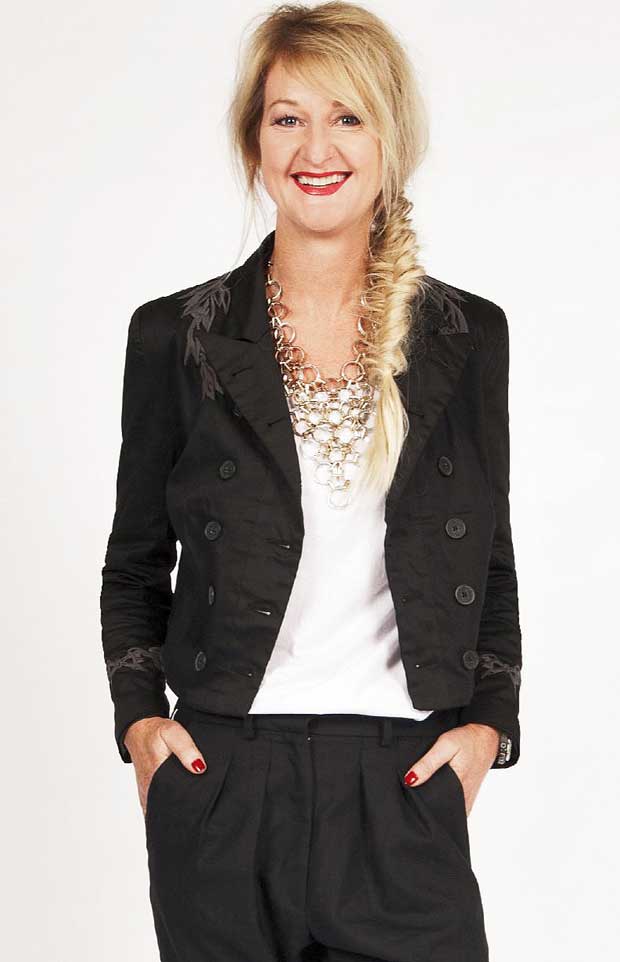 Stick to your knitting is Jenny Drury’s motto. The head designer and owner of streetwear label, Ketz-ke, has seen other fashion labels and clothing stores come and go. But her business, which turns 10 this year, is going gangbusters.

Ketz-ke has grown consistently since day dot and this year’s sales are up 20 per cent in what economists say is a challenging retail environment. Jenny puts this success down to playing to her strengths and accepting failures.

“There is a good career to be had in fashion, and there is actually money to be made from it,” says Jenny. “What I continually ask myself is, ‘Where am I making my money and what is the niche of my business?’” A dress from the summer 2016 collection.

Finding that niche took some time. Jenny dabbled in men’s clothing with her line Izaak, launched two years after Ketz-ke, but put the brand on the back-burner after discovering there weren’t enough independent men’s retailers in the country to support economies of scale.

In 2009 she entered a partnership with a Chinese retailer who sold Ketz-ke exclusively into 32 stores in Guangzhou, but the partnership came to a natural end as the New Zealand Ketz-ke business changed focus.

“That work helped me in the early stages of the business, as the quantities were really good. But now the brand Ketz-ke stands on its own feet.”

Jenny exports to Japan, Australia and Rarotonga but New Zealand remains her core market. Rather than putting her energy behind operating a flagship retail store, she concentrates on wholesale, selling four seasons a year into 85 stockists throughout New Zealand.
“Some country towns do great business because people are loyal to their local businesses. Their turnover is just as good as stores in the city because they have lower overheads and more often than not they are owner/operators.” THE ELEVATOR PITCH
Ketz-ke (pronounced like jet-ski with a ‘k’)is a smart/casual streetwear brand designed in New Zealand and manufactured in China. Ketz-ke’s trademark look is a mix of patterns and prints. Comfort and fit are core to the range.

TAILWINDS
“We’ve had good response to the designer nights we run in provincial towns. Our retailers are looking for new ways to get customers into stores, and often I will go to their shop and talk with their customers about the clothes. I’m from Cambridge, and I was brought up on a pig farm, and people seem to be reassured that I’m not some prissy Auckland designer. Some of our biggest retailers are in the South Island – some of those retailers don’t get well-serviced by other labels.”

HEADWINDS
Jenny worries about managing her growth and supporting her retailers. She hasn’t focused on online sales to avoid cannibalizing the sales of stockists. She is also selective about where she sells. “We get requests from at least one new store per week, and I often say no. I can usually get more growth by sticking to my stores, and I don’t want to take business away from them.”
Jenny keeps her overheads down by working from her Takapuna home, keeping staff numbers low (Ketz-ke employs three full-timers) by outsourcing PR, overseas distribution and by manufacturing in China. The downside is the personal toll it takes. “It’s very hard to get away and to pull myself out of the equation.”

More stories you might like:
New Zealand Book Awards for Children and Young Adults 2020 shortlist packed with books that offer Kiwi children the escape of stories

WHAT NEXT?
The company is working on a new shoe range, and Jenny has her sights set on expanding offshore markets. “There’s a lot of potential in Australia, which is going through a growth phase for us.”

85 stockists in New Zealand
85 per cent of sales are retail sales in bricks and mortar stores
20 per cent growth year-on-year
3 full-time staff and two casual staff members
4 seasons of clothing ranges a year
46,000 metres of fabric 30,000 buttons and 20,000 zips are used each season

‘The biggest lesson I have learned is that you need to commit. So many people talk about how unhappy they are at work and how they’ll get around to doing something else at some point, but they don’t know how to start. Let me tell you how you start: you commit. Get out there and do it.’