The alpaca spit dance: The disgusting consequence of getting caught in an alpaca food war 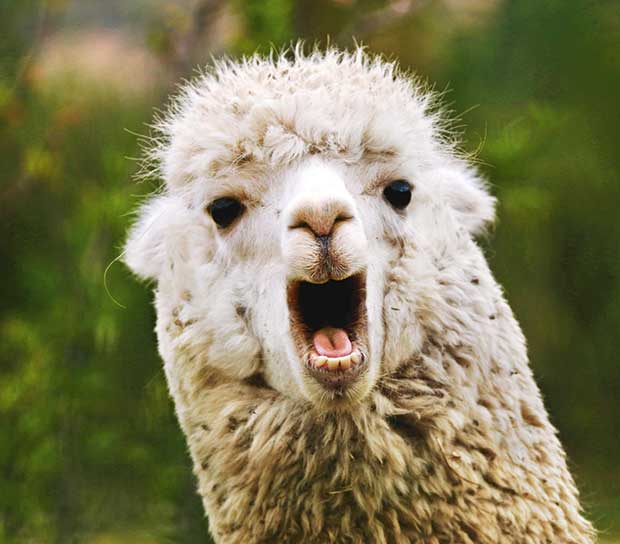 Alpaca fan Britt Coker is sure the llamas have led the alpacas astray.

When people discover we have alpacas, the first thing they want to know is if they spit. No, I joke (joke!), that is the behaviour of their ill-mannered llama cousins.

You can divide alpaca spit into two categories: good and bad. The best spit is none at all, but sooner or later something grassy will hit you in the face. If it is good spit, it’s mildly inconvenient. If it is bad spit, it involves simultaneously swearing, gagging and running for the shower. If you have ever brewed comfrey tea you will know the smell of bad spit.

The difference between the two types of spit lies in the stomach. Literally. Bad spit is fermented, sloshing stomach contents, whereas good spit has only got as far as the alpaca’s mouth. Alpacas tend to start with the good – it’s closer to the exit – then reach for the bad if necessary. It’s so bad they’ll then stand around with their mouth open, green froth dripping.

Alpacas appear just as genuinely revolted by it as you are, but they can’t resist doing it again. However, it’s hard to stay angry when you can’t bear to purse your lips together.

How does this happen? The scenario goes like this. A kind human decides to feed her alpacas some nuts. She divides the food so there is one portion for each alpaca in its own container.

She then begins a strange-looking, unfashionable dance, some darting back and forth, a few elementary hokey-tokey manoeuvres (you put your left arm in and out and so on) as she tries to space the containers evenly without getting spat on.

But no. At least one alpaca doesn’t notice they have their own container and picks a fight with a second alpaca. They both raise their heads and make the noise of spit coming up their neck (alpaca speak: “I’m warning you”), usually followed by a quick shot of ‘good’ spit to silence their opponent. 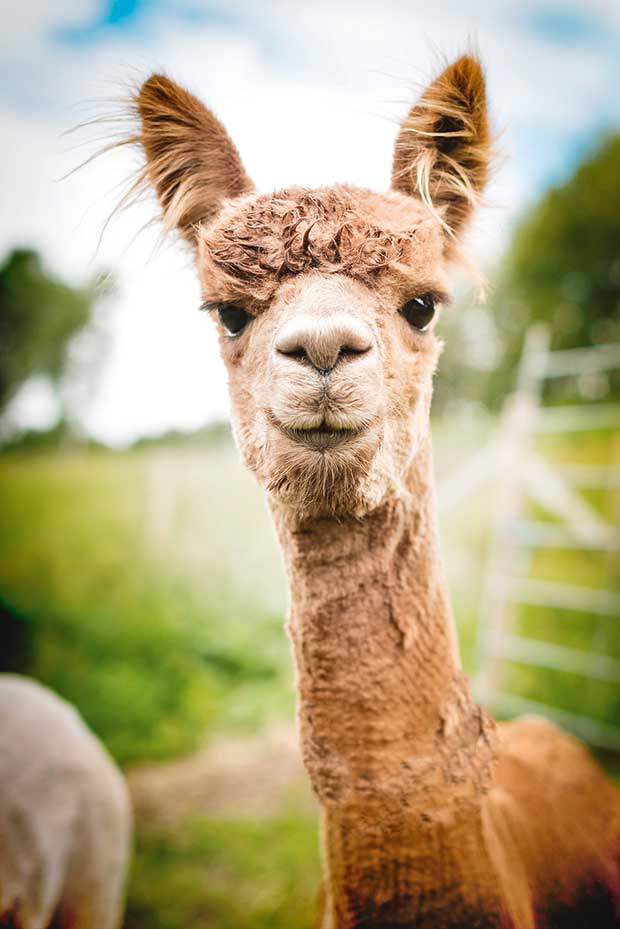 If there is still no surrender, the ‘bad’ spit flies.

This is traditionally followed by the self-inflicted Drool of Disgust. Because their mouths are open, dribbling green evil, they can’t eat the pellets they were fighting over.

The good news is there’s usually a third alpaca standing not too far away who has quickly hoovered up their share and is now willing to take up the pellet slack. That is, unless a teeny tiny dollop of green spit has fallen onto the food. Then no camelid with any self-respect will touch the nuts with a barge pole.

A person usually gets spat on because they are standing in the wrong place at the wrong time. This is because, confusingly, alpacas do not tend to face each other when they first get into an argument (they may if things escalate). Typically, one faces straight ahead over the food source (eg, in front of the kind human) while the challenger stands at right angles to their opponent, arches their head high and spits.

In retaliation, their adversary then arches their head and also spits but sadly is not facing their opponent when they do this. They spit straight ahead, at the human, who quickly feels less kind.

The reason they don’t turn their head to face their adversary is partly due to the retaliatory spit being a reflex action, but also because it’s less confrontational.

The truth is, a low-ranked alpaca is unlikely to challenge for food in the first place. They’re usually focused on trying to eat as many of their pellets as they can before someone more bolshy butts in. They are brave enough to spit but not brave enough to turn their head.

Sometimes alpacas spit at people on purpose, but in my experience this is far less common.

If you’re thinking of adding alpacas to your menagerie, expect to be spat on, but consider it your fault for standing in range. If you’re visiting friends with alpacas, be suspicious if asked if you’d like to hold their food.

Either way, never ever walk into a paddock full of alpacas with only one container of food. The stampede toward you will be exhilarating, but they’ll have you surrounded and caught in the crossfire before you know what’s hit you.

Except you’ll know what’s hit you.