The art and science of making good gin 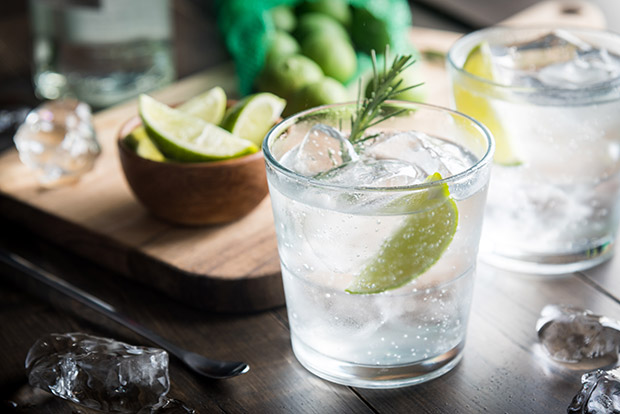 There’s a ‘ginaissance’ going on, with craft distilleries popping up around New Zealand, but it takes more than bit of this and a bit of that to make the ‘it’ drink.

Just as the number of people wanting to make and drink gin is reaching record levels, there’s a problem with its key ingredient.

“Juniper comes from different parts of Europe,” says gin-making tutor Jill Mulvaney of Alembics. “And (in autumn 2020) they had a bad season, and with Covid, a bad harvest, so we’re expecting huge price rises. It’s also actually difficult to secure it at the moment, which is another problem.

The word gin is derived from the French word for the juniper berry (genièvre). The berry – technically a tiny cone – is the botanical that gives gin its distinct taste. Descriptions include woody, pine, resin, a hint of turpentine, clean, and refreshing. You can make a basic gin at home by adding botanicals to vodka and infusing it in a jar. But if you want to join the ginaissance, you also need a copper still to heat the vodka (or a pure alcohol).

Craft gin-makers steep most of the botanicals in the base alcohol. As it heats up, it turns into vapour which passes through the more delicate botanicals (which sit inside the ‘neck’ of the still in a muslin bag).

As the vapour cools, it pours down a separate spout. From 1 litre of vodka or alcohol, you can distil about 500ml of liquid which must then be mixed with water to create gin.

It sounds fairly simple. But talk to award-winning gin-makers Kate Galloway and David Ramonteu of Hastings Distillers – also long-time winemakers – and you get a taste of the complexity in making a world-class gin.

Good botanicals are crucial. Kate and David created their own biodynamic gin garden on a friend’s block, growing a wide range of organic herbs, from towering angelica (grown for its dried root) to Kate’s favourite-ever lavender variety, Violet Intrigue.

They also called on their decades of wine-making experience and techniques in a quest to create the best gin.

“It took us almost three years from the beginning,” says David. “Kate would look for different things which could potentially be used, like flowers and leaves. We’d bring them home and distil them in a little still and make an extract. We then assessed the nose and palate and ranked them.” 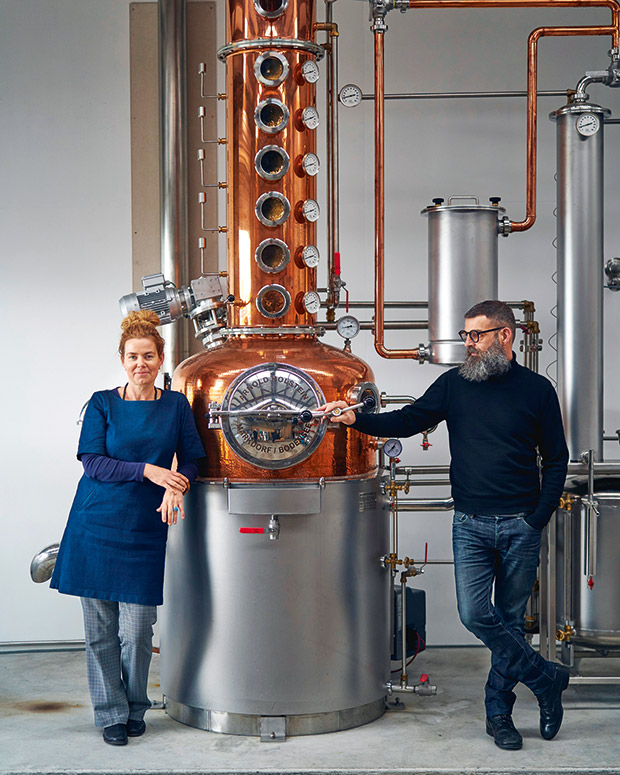 “In a recent Dish article (tasting NZ gins), the judges commented they found a number of faulty gins. We try gin as often as we can, and we find that too. Craft gin-making in NZ is in its infancy, so it’s not to put anyone down, it’s like the birth of anything – in the old days you’d often find faulty wines and now it’s a rare thing.

“David and I don’t know how people manage if they don’t have a trained palate, or a background in food or beverage production.”

GETTING TO THE HEART OF GOOD GIN

The taste, flavour, and alcohol levels change during the distillation process. There’s an art in knowing where to make the ‘cut’, the point where the infusion is good and one to keep, and the point where it’s not.

A distillation is divided into three parts, the ‘heads’, ‘heart’ and ‘tails’. It requires a trained nose to know when you’re getting ‘the heart’, the best-tasting part of the infusion process. 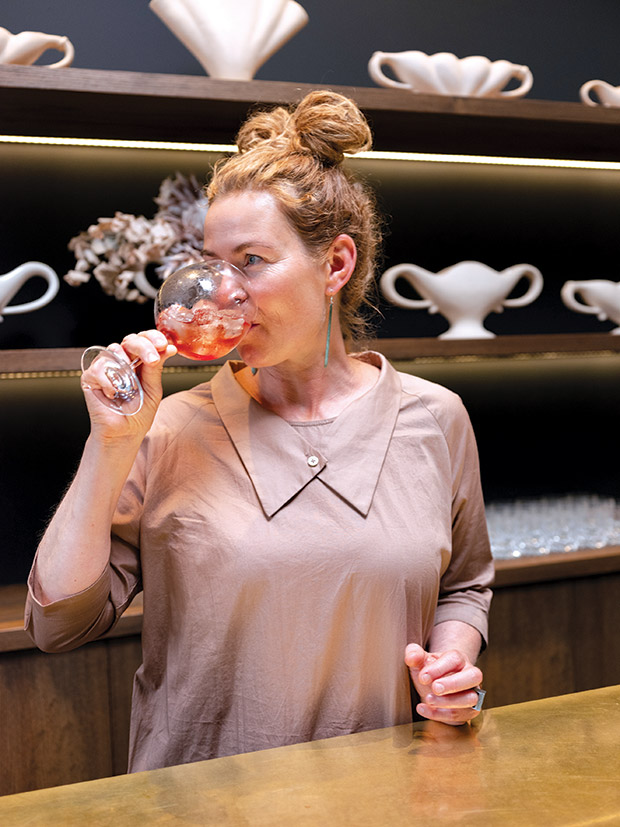 “You want to avoid the heads because they’re very solvent like – they contain the methanol if present,” says Kate. “The tails can actually come really early in a distillation and it’s rather hard to describe, almost like overcooked and dirty characteristics.”

What you want is the magical heart, but Kate says they’ve tried a lot of gin where the creator has missed that crucial cut.

“If your nose isn’t trained to pick that up, you miss the cut (the point where it changes) and as the gin is still coming out of the still with really high alcohol the temptation is to keep going. There also appears to be quite a lot of rough alcohol base used – it’s not going to make you sick, but it’s not clean and not indicative of what we have in this country in terms of the vibrancy and pure expression of our fruits and plants.”

WHY AGEING MAY BE THE SECRET

She and David have also experimented with ageing their gin. Technically, gin is a fresh product, created and ready to drink as soon as it’s made, but Kate says she’s found their gin improves if it’s left to age for a short time.

“People say you don’t need to age your spirits, but we’ve found the opposite is true. The flavours do tend to integrate over time.

You’ve got this base, all your botanicals and your spirits, but you’re also introducing water to it – about half of gin is water – and it’s like a shock to the infused alcohol. It does take time for the components to get to know each other, and we’ve found it takes about nine weeks before it recovers (to its best flavour).”

WHY SCIENCE CAN’T HELP (YET)

American University professor of chemistry Matthew Hartings says science can’t help people create a great gin yet. As he explained to ChemistryWorld website, scientists don’t know enough about the incredibly complex interactions between molecules to explain how to create specific flavours in gin.

“When I think of gin making, I go back to thinking about alchemists,” he says. “You can’t just start off deciding what flavour molecules you want in the final product, buy them, mix them together and assume you’ll get the taste you want.” Even more oddly, Matthew confesses he doesn’t like the taste of gin, or the taste of tonic water, but he loves a glass of gin and tonic, which he describes as “wonderfully crisp, strangely sweet, and aromatic.”

In his blog, he goes into quite some depth about how it all comes down to molecules. “When gin and tonic are mixed, quinine (in the tonic) and the flavour molecules from the juniper berries combine to make a perceived flavour that is different than just the sum of the individual parts. The molecules from the gin and the tonic can do this because they look alike; the molecules are similar.”