The hay paddock has some ungainly inhabitants, quite unlike their elegant parents.

A couple of years ago we got a contractor in to cut our hay paddock. He cut and tedded the large paddock that we had set aside that year, a large flat pasture next to a small stream.

Later that day my husband walked down to the paddock to check on some trees that we had planted. That’s when he found a couple of funny-looking fluffy birds, perhaps chicks of some sort.

They were out in the middle of the field and he was concerned that they might be run over by the tractor when the contractor went in to bale the hay. He was running late for work so it was left to me to check things out. I armed myself with a pair of gloves and a small tarpaulin. I thought gloves were appropriate so that I didn’t put my scent on the babies and put the mother off coming back to them to feed them.

I normally wouldn’t move baby birds if they were not in any danger. These turned out to be not-so-small balls of fluff, and they were not only in danger of becoming part of a hay bale, but were now very exposed to the sun.

The only thing to do was to don the gloves, put them on the tarpaulin and carry them over to a willow tree that still had a lot of long grass around it. I placed them under it and hoped that the mother bird would find them. These chicks were quite indignant, shuffling off the tarp and crouching down together in the grass, hissing at me for my trouble.

They weren’t ducks and the only other large birds that were permanently around our property were the harrier or swamp hawks.

However we were still baffled as to how the chicks had ended up in the middle of a field, let alone obviously managing to avoid being run over by the tractor, not once but twice.

After a bit of googling, we were surprised to learn harrier hawks don’t nest in trees, but in long grass down on the ground. We were thrilled to see that the mother did find them and fed them very well on hare. The family stayed around that willow tree and I took photographs each week to record their progress. 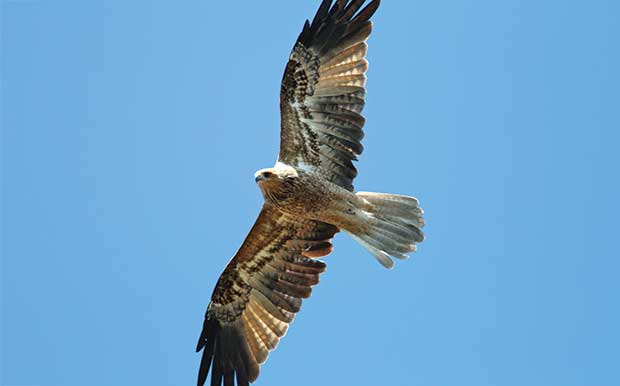 It was a privilege to watch them take their first flights and listen to them calling to one another as they soared high over the countryside.

I like to think they are still around but not knowing how hawks divide up their territory, they may have had to move on to hatch their own chicks in someone else’s hay paddock.