The secret to award-winning cheese: A Northland cheesemaker insists it’s all about the (sheep) milk 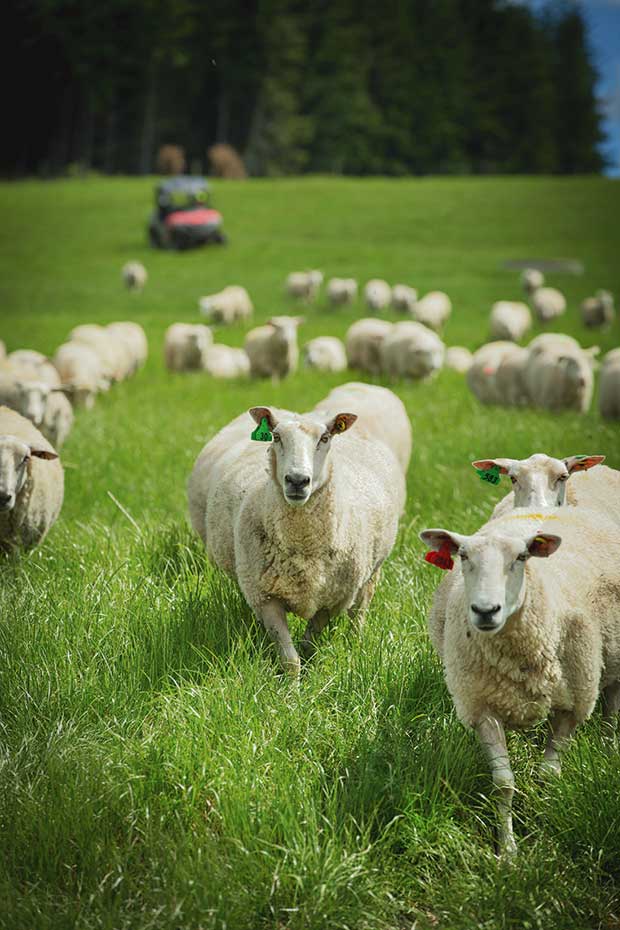 It took some persuading to get this humble Northland farmer to enter her sheep cheese in the NZ Champions of Cheese Awards.

When cheese judge Jean Mansfield and her husband Dave visited Winsam Farm back in 2016, they took one mouthful of Cathy Oakley’s farmhouse cheese and told her she needed to enter it in the NZ Champions of Cheese Awards.

It took some persuading by the Mansfields, husband Rod, friends, and family, for her to agree. Cathy says she fed a lot of her early cheeses to her chickens (and even they turned some down). She reluctantly entered her farmhouse – a semi-hard white cheese based on the Welsh Caerphilly – and cheddar into the 2017 awards.

“I am fussy,” says Cathy. “I’ve never been taught how to make cheese, I’m basically self-taught. Everybody else I read about seemed to be all scientists and chemists, and I started panicking and thinking I don’t know what I’m doing.” 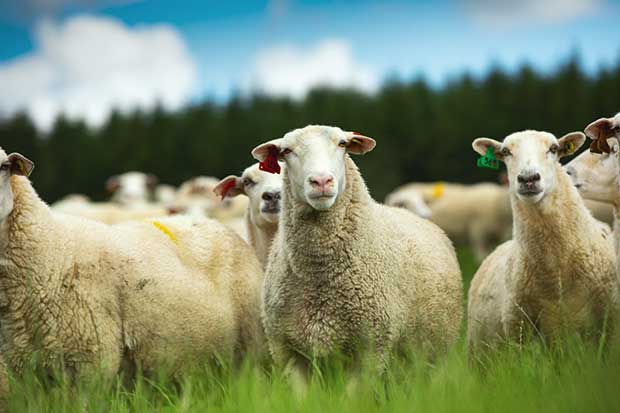 When the cheese award organisers called to ask if she was attending the dinner announcing the winners, Cathy said no. She was taking care of the farm while Rod was away at a sheep conference.

And that’s why Jean had to step up to accept Cathy’s award as Champion Cheesemaker for 2017, the judges noting it as an incredible feat. The Winsam Farm – Just Ewe farmhouse cheese achieved a perfect 100/100 score. Cathy also won the NZ Chefs Association Champion Sheep Cheese award and a bronze medal for her cheddar.

It’s a huge accolade for any cheesemaker, but Cathy’s accomplishment was a first, says Jean.

“This has never happened with the first entry of a new cheesemaker. A cheese is awarded a gold medal by a panel of three, designated to judge that class or type of cheese. (All the) gold medal cheeses are then re-judged against each other to find the supreme champions. Cathy’s cheese was then tasted by the 34 judges and deemed as the overwhelming success of the competition.” 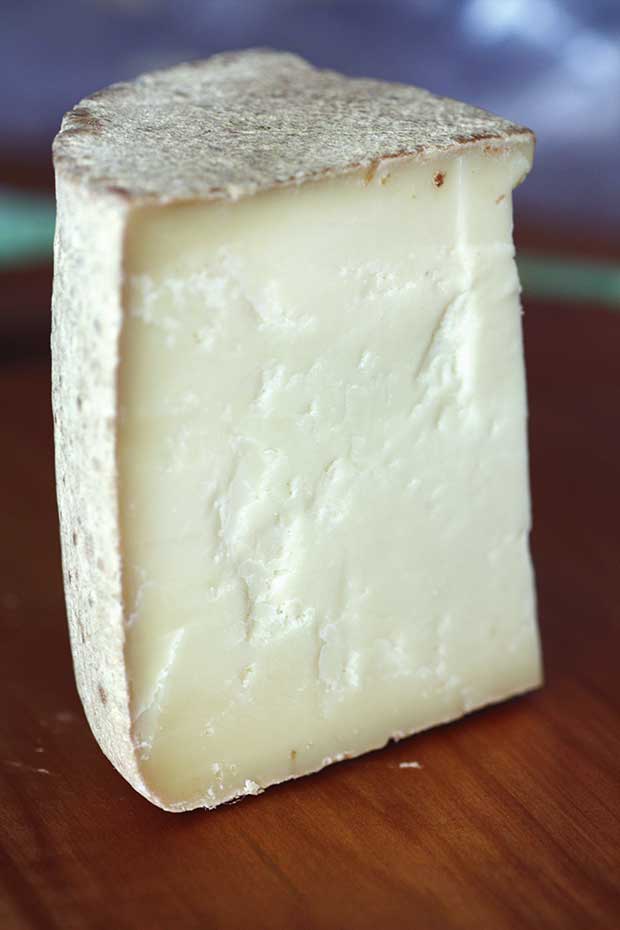 Chief judge Russell Smith described Cathy’s cheese as “a semi-hard sheep cheese with a delightful texture and feel in the mouth. Its delicate savoury and mildly spicy flavours finish off this delightful newcomer to the New Zealand cheese scene.” 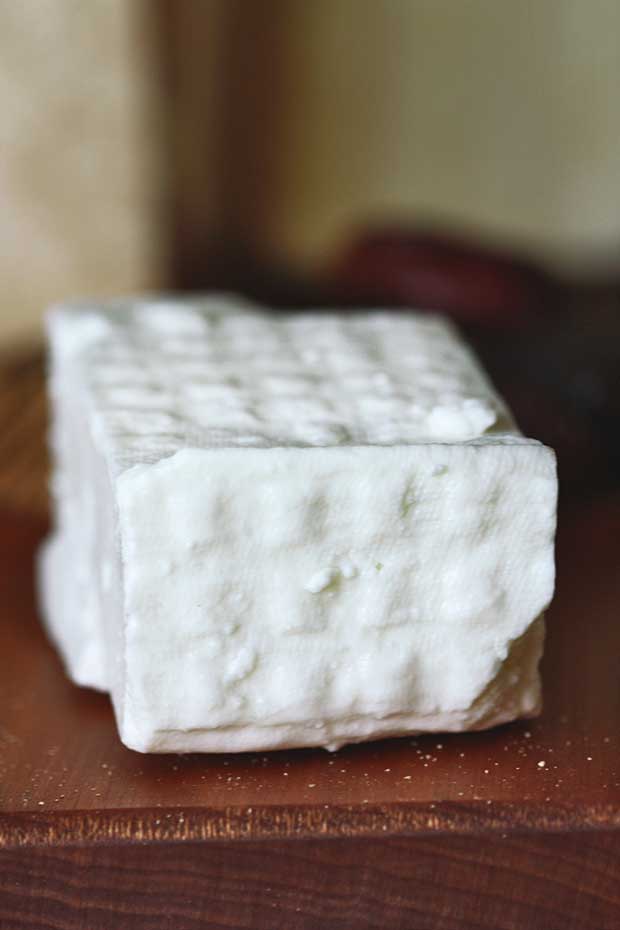 Sadly, Cathy’s days as a commercial cheesemaker are almost over.

“It’s a nice process, it’s quite a relaxing process making it, but my arthritic hands are getting worse, my fingers and my wrists, my joints.

“And it’s not making the cheeses and putting it into storage. You’ve still got the everyday care of those cheeses. All the rounds need turning for the first couple of months or so. You have to keep going back and doing all that work.”

The couple has sold their cheeses mostly by word-of-mouth, getting them into specialist stores in Wellington, Waiheke, Russell, and Auckland, and selling directly to visitors on their Facebook page. 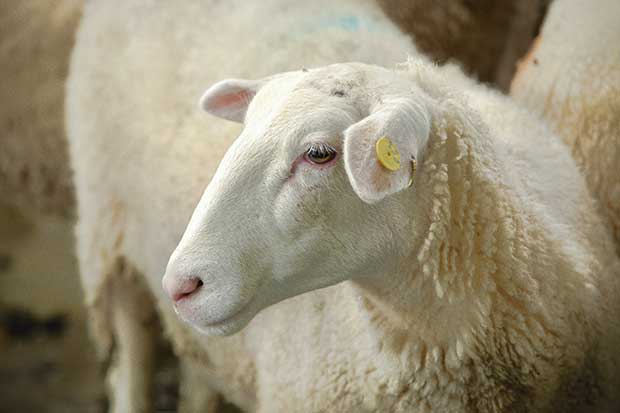 Rod says they plan to sell and transport the milk to a cheesemaker.

“By selling the milk, we could cut out a lot of other expenses, particularly the refrigeration. Once Cathy sells all the cheese in storage, and we can turn off the refrigeration, our power bill will halve.”

The cheesemaking facility at Winsam Farm is small but perfect. Milk flows through a pipe from the milking platform next door, travelling just a few metres into a small vat.

The vat inspired Rod to add another title to his business card: small vat importer.

“When we went to set up (Cathy’s cheese room) and were trying to find refrigerated tanks of the size we wanted, there was nothing in New Zealand. If it was the size we wanted, it was an absolutely ridiculous price. I actually approached NDA, who manufacture all the tanks for Fonterra, and asked them for a 300-litre tank. They wanted $19,500 for it, so I started looking around. 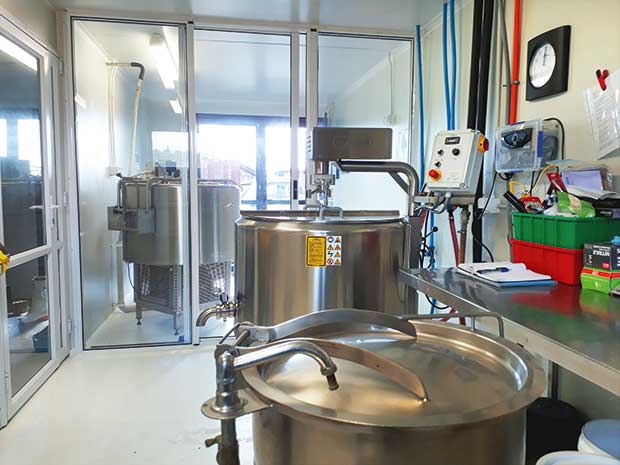 Rod found a company in Greece – Milkplan – and ended up getting two tanks.

“I brought them in for half of what one tank in New Zealand would have cost, and they were flown in as well.” 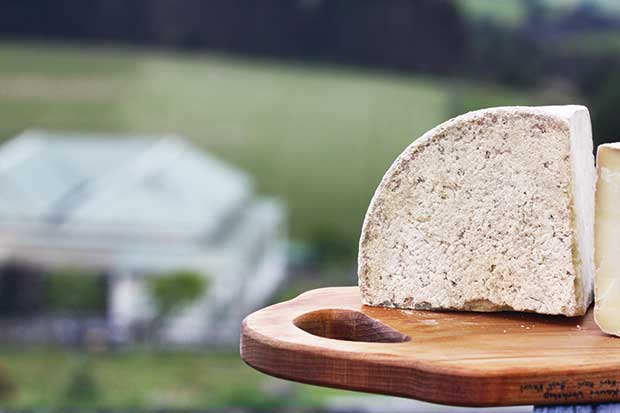 Since then, Rod has become the NZ distributor for Milkplan, supplying small vats and pasteurising equipment to artisan cheesemakers and small-scale milk producers all over the country.

“Interestingly, most of the pasteurisers I’ve brought in have gone to cow dairy farmers who are specialising in selling bottled milk. I’m supplying for goats, sheep, and cows. 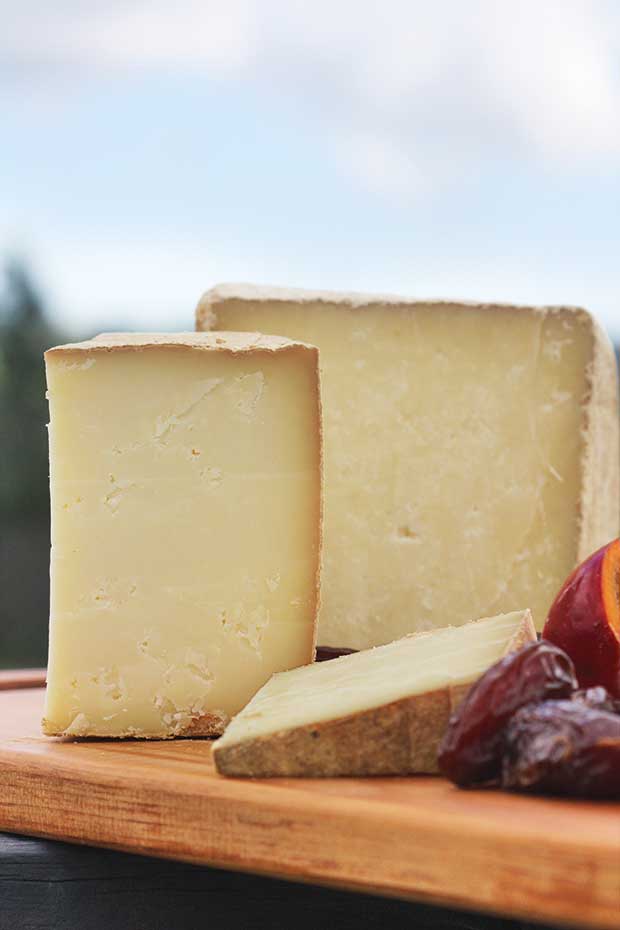 “It’s something I enjoy. A lot of people will phone up asking for advice on how to do pasteurising – it’s ironic that I’m advising them and not some government official.” 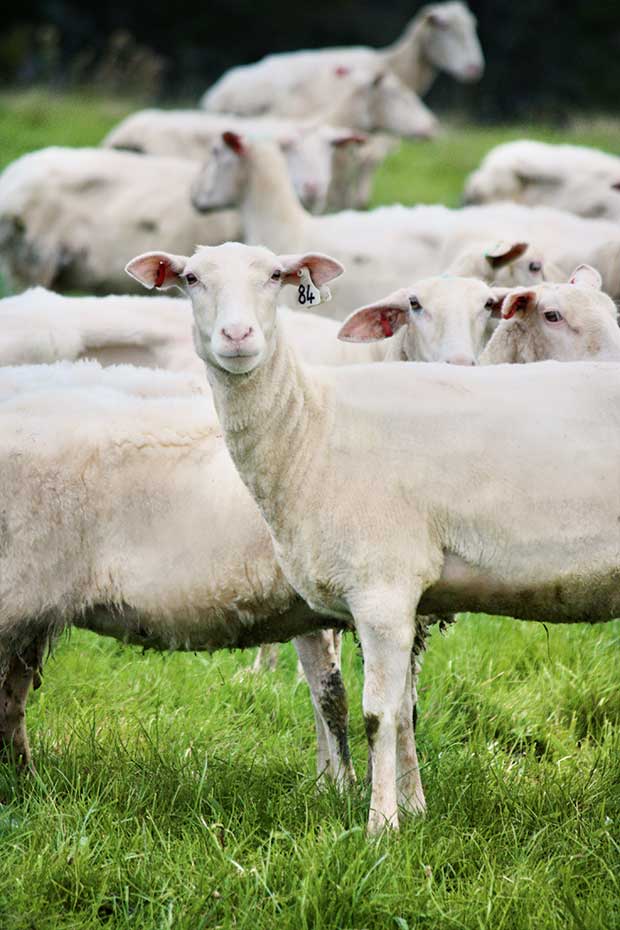 “If you looked at them in the milking shed (today) you would say they look quite lean because they’ve just been shorn,” says Rod. “They’re not what you call a robust sheep, not round like a big Romney. They’re a working sheep, like a good dairy cow – you don’t want a fat dairy cow.”

“A bit like a Jersey equivalent,” says Cathy. “Maybe between a Jersey and a Friesian (cow). They have that leaner, bonier look as opposed to roly-poly.”

They have had the option of trying new genetics, such as Lacaune (pronounced ‘luh-kuhn), a French milking sheep, but decided they prefer their purebred East Friesians. 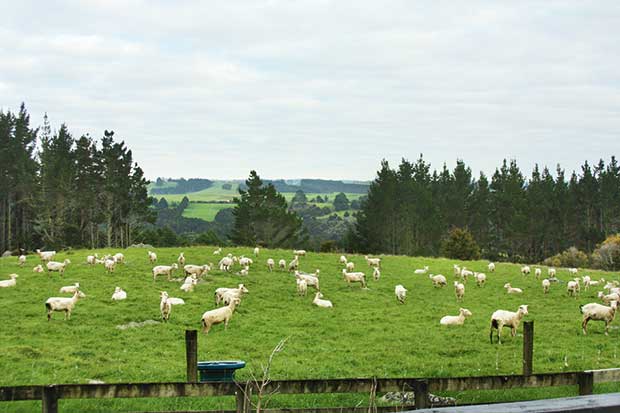 “They are the premium milking breed,” says Rod. “They do have their downsides. They are very susceptible to sunburn and, as a result, they get cancer on the ears and sometimes around the eyes. They tend to have softer feet than some of the other breeds.”

They’re a reasonable meat sheep too.

“The wether lambs, they’re reasonably lean, they don’t have a lot of fat on them. You don’t get the rapid weight gains that you do with the meat breeds. The meat is just as good, even though there’s not so much fat, but it’s still a nice lamb.”

Selling sheep for breeding brings in extra income. Rod and Cathy have sold ewes to Japan and have been approached by agents working on behalf of Chinese and Korean clients.

“It’s always been a secondary thing with the breeding and selling on to other people,” says Rod. “We just keep our replacements from all our bests ewes. Anything surplus is sold to whoever wants them. All the surplus hoggets we had (this year) were pre-sold, and they’re most likely going to China.