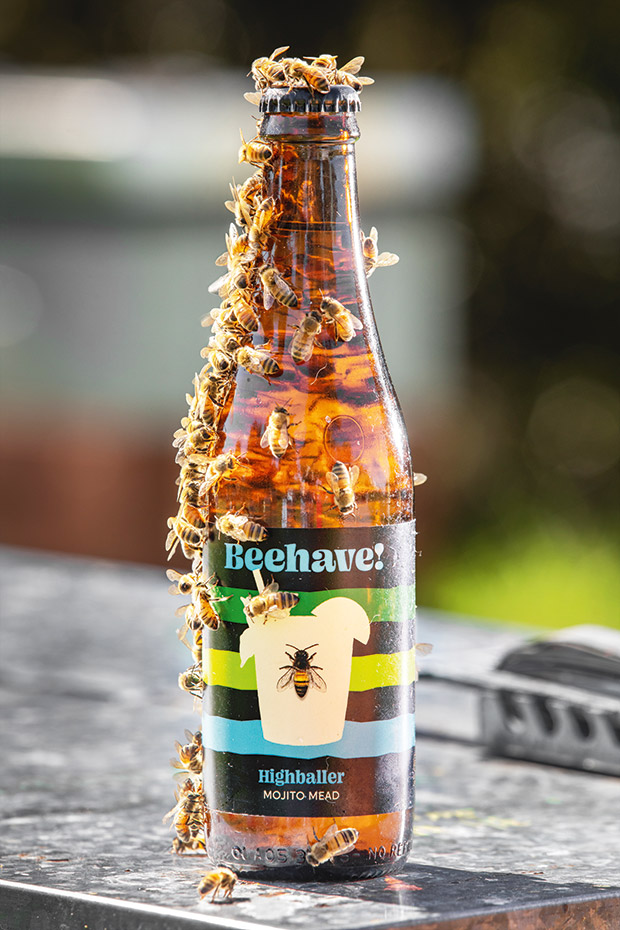 First there was craft beer, then gin. But is mead the next big artisan drink craze?

At a certain age, your body doesn’t love beekeeping as much as it used to. It was one of the reasons why former commercial beekeeper Jay Bennet went looking for a new buzz.

“Beekeeping is fascinating, and if it wasn’t for the amount of work involved, it would still be really enjoyable for me. But I’m almost 50 years old, I don’t want to lift a couple of thousand kilograms of honey each week. When you line yourself up against guys in their 30s, you think ‘yeah, I used to be like that’.”

Jay first started making small batches of mead from his honey in 2018, five litres at a time. “I made some pretty terrible stuff at the start. Then I made a pretty good one, a feijoa mead with a nice dry finish, but it was 18% alcohol as I had no concept about the control of yeast.” 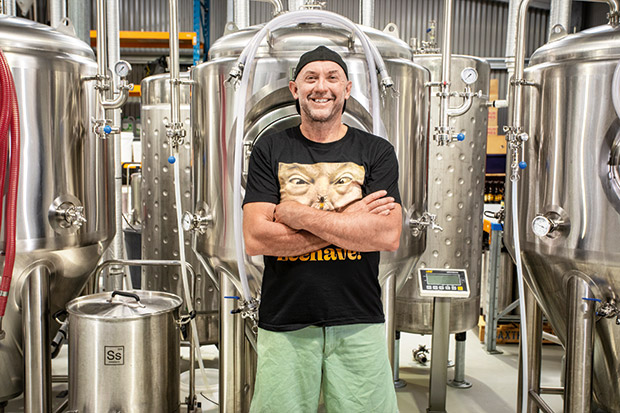 He took some time off his bees business and drove a truck to help out a mate. As he drove, he dived deeper into mead.
“I spent all my time listening to podcasts on mead-making and discovered that in the USA, craft meaderies have really taken off in the last five years.”

His homebrew experiments progressed to 20 litre buckets. Eventually, he started taking kegs to parties. “Lots of people are surprised with our mead when they taste it. They’re expecting something super sweet and it’s not like that – they can taste the honey in there but it’s not overpoweringly sweet.”

He sold his beekeeping business, upsized to a 150 litre stainless steel fermentor with a glycol chiller and a conditioning tank (and a huge shed for it to live in), and started to brew larger quantities.

“That’s when the quality improved massively and I was like, ‘we’ve got something going here’.” 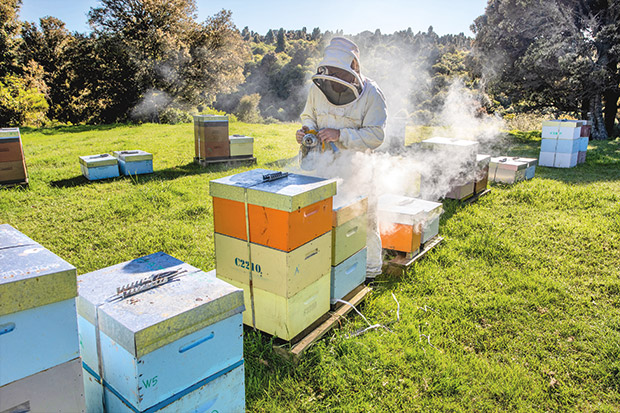 The basics of mead-making are simple: dissolve honey in water, then add yeast. It ferments for 2-3 weeks until it either runs out of energy or is ‘cold crashed’ by the mead maker dropping the temperature to stop the fermentation process. Jay experimented with all sorts of yeasts and mostly uses a red wine one. He then pairs it with locally-produced honey.

“If you want a light flavour then you use a lighter honey, something like clover or kamahi. If you want a heavier flavour, more malty, darker, you might use rewarewa honey or mānuka.”

The magic in mead is the floral the bees use to produce a particular honey. “There are a few magic honeys that are secret. They’re really unknown, hard to get hold of, or really specific to certain areas. 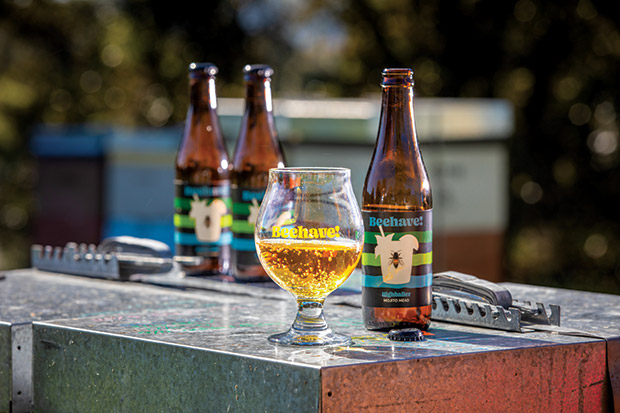 “My favourite honey is absolutely beautiful, but it’s very, very hard to find in a jar. It’s really uncommon to find it in great quantities in a hive because it flowers in late winter when the bee population is still really small. It’s a beautiful, light, really perfumy floral honey, and I’ve made a mead paired with the fruit of the kawakawa and that was awesome.”

His favourite so far is Highballer, his version of a mojito cocktail with rewarewa honey, lime, and mint. At the recent 2021 Beervana Festival, he and his team poured 2280 glasses of mead for beer fans, winning rave reviews. His top-selling Suckerpunch mead was voted one of the top drinks in the people’s choice award.

“I love doing it, I’ve found my niche. The whole journey has been organic and of my own making and I’m really enjoying it.”

5 THINGS TO KNOW ABOUT MEAD

3. Other ingredients (depending on the recipe): fruit, spices, vegetables, herbs, grains, hops