It had to happen. Vermouth, the drink that plays second fiddle to gin in a classic martini, is enjoying a youthful revival. Premium and craft styles of the fortified wine are transforming cocktails and finding favour with a new generation of drinkers who take their vermouth straight up, on the rocks or with a splash of soda like the Europeans.

The inevitability of vermouth’s reboot lies in its creative potential. Like gin, vermouth is infused with a wide variety of aromatic botanicals. Some contain more than 40 extracts of leaves, roots, bark, flowers, seeds and fruit, all judiciously blended in styles made famous by Martini & Rossi, Cinzano, and Noilly Pratt. It was only a matter of time before the craft movement moved in on their patch, giving rise to a new wave of artisan vermouths that challenge the taste buds with more individualistic styles.

New Zealand has joined the party with two homegrown vermouths; both released late last year. One comes from a craft distillery; the other is made by Duncan Forsyth and Anna Riederer, the winemaking team at Mount Edward in Central Otago.

The pair is best known for making first-rate pinot noir in a traditional, hands-off style that aims to perfectly express the grape and the place where it’s grown. So why would two purist winemakers turn their attention to the least wine-like of wines?

More stories you might like:
The Vinbrux family in lockdown: Alert 3 and 4 are easy peasy for New Zealand's most self-sufficient family “Twenty years ago if you made a vermouth people would be asking, ‘Why? Isn’t the winemaking going very well?’ On the contrary, it’s going better than ever, and that suddenly allows us to do anything we like,” says Duncan. Besides, he says, his company has always been progressive in its approach. Mount Edward’s vineyards and winery are both certified organic, and it has a reputation for pushing the boundaries – notably, experimenting with natural wines and producing one of the first orange wines in the country. “Vermouth is just a bit more visible because it’s unique.”

He first noticed the vogue for vermouth on an overseas trip that took in Shanghai, San Francisco and Sydney. He says the high-end bars he visited were into craft drinks, local flavours and lower-alcohol options, all of which favour the return of the aperitif. “What people are drinking has flipped on its head. Why wouldn’t you have a vermouth over ice as your first drink of the day?”

More recently he and Anna attended a natural wine festival in Australia where they tasted vermouths crafted by winemakers using foraged botanicals such as myrtle and wattle seed. “They were all doing something regional, something that’s based around what grows in their area. That’s what struck me. What we liked more than anything is that it was representative of a place, and ultimately that’s what we’re all about.” 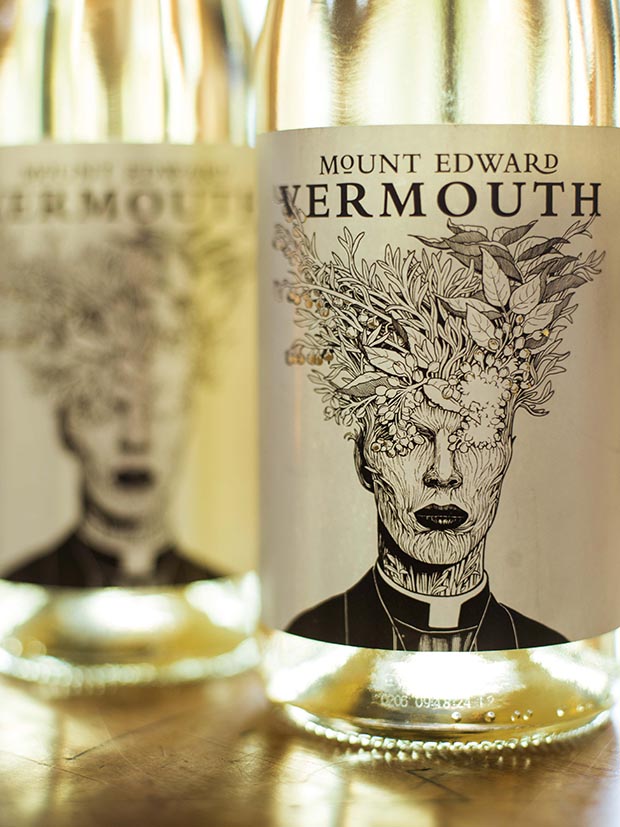 Vermouth was always going to be a small part of the winery’s total production – 100 cases out of 10,000 – but it was important it fit the house style. “Our whites are light, elegant and refreshing. We were looking for a style of vermouth that would fit the style of wine we make, and with botanicals to fit. So if you have something that’s light and delicate you don’t gravitate to something that’s bitter and hard. We wanted a more floral and prettier style.”

There are no hard and fast rules for the botanicals that make vermouth except for the addition of wormwood, which is a necessary constituent of European vermouth. Other traditional ingredients include juniper, cloves, cinnamon, citrus peel, quinine, coriander and marjoram. Newer styles are more experimental, perhaps taking their lead from craft brewers who are open to any flavour that works. 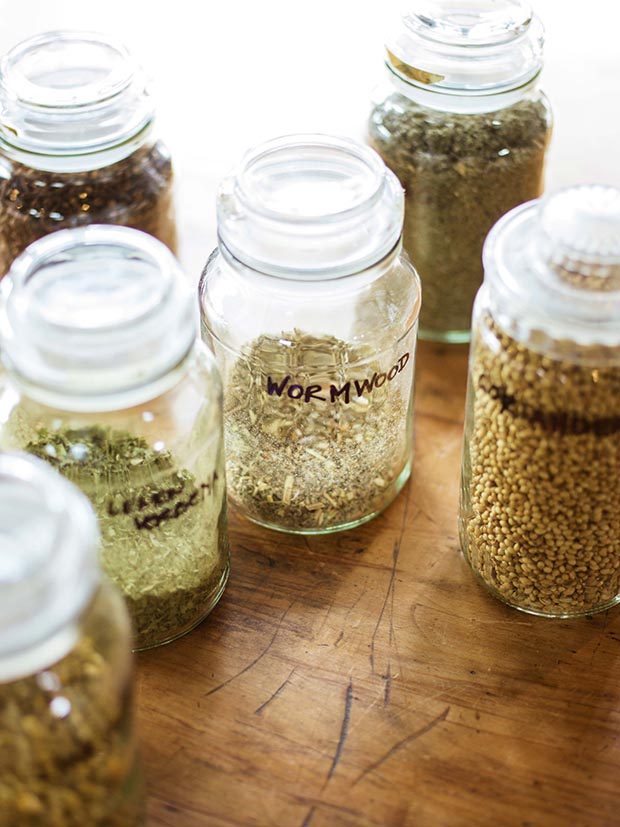 At Mount Edward, the emphasis on provenance dictated the use of elderflower as the dominant botanical. It’s a plant that grows freely in Central Otago, including in Duncan’s home garden. As to the rest, he put Anna in charge – a daunting task given she had never tasted vermouth before their trip to Australia. “We had no concept of what were doing. No one gives up their secrets. It was a matter of doing a little bit of research and then trial and error – putting each botanical into a batch of wine and tasting it every few days.”

The final recipe has about 10 organically sourced botanicals including elderflower, lemon verbena, cloves, juniper, wormwood for bitterness, and wild thyme from Bannockburn. Each is macerated separately in vats containing a 50/50 blend of Mount Edward’s own chenin blanc and riesling. The batches are blended, adjusted to taste, then fortified to 17 per cent abv (alcohol by volume) with spirit that’s distilled from the same wines. Meticulously made, but not at all uptight, Mount Edward’s dry vermouth is true to its unconventional label: intriguingly complex, floral and crisp with a hint of bitterness that’s very refreshing. It’s also relatively light on alcohol, which makes it the perfect aperitif for a new style of drinking. Take it straight, says Duncan. “Ice. Splash of soda. A little bit of orange peel. Bang.”

VERMOUTH 101
The name vermouth is thought to come from the German word for wormwood, wermut. The origins of the drink date back to the ancient world when wine was infused with herbs for medicinal purposes. However, vermouth as we know it today, was invented in the mid-18th century in Turin, Italy.

Italian producers are best known for sweet red vermouths; in France the predominant version is dry white. All styles are traditionally made with a white wine base; red vermouth is usually coloured with caramel. The American cocktail culture established vermouth as a cocktail component in drinks like the martini and manhattan. In Europe it’s more usual to drink vermouth straight as an aperitif, but not always – the negroni was invented in Italy.

The fashion for vermouth is evident in the appearance of vermouth menus and specialist bars, notably in Barcelona and Madrid but also in London, New York, Hong Kong and, quite recently, Sydney.