An inventive landscape gardener has transformed a dull inner-city garden into an overflowing food forest.

This story is an extract from In Your Backyard: Urban Harvest. Order your copy here

When Rory Harding moved into his parents’ rental property on George Street in the heart of Dunedin’s central-city student housing area, he kept quiet about his plans to transform the backyard. It was a classic back garden with a small veggie patch, decorative shrubs and a lawn – and it wasn’t to his taste at all, especially the lawn. Rory fancied food crops such as apples, raspberries, perennial leeks and self-seeding lettuce. 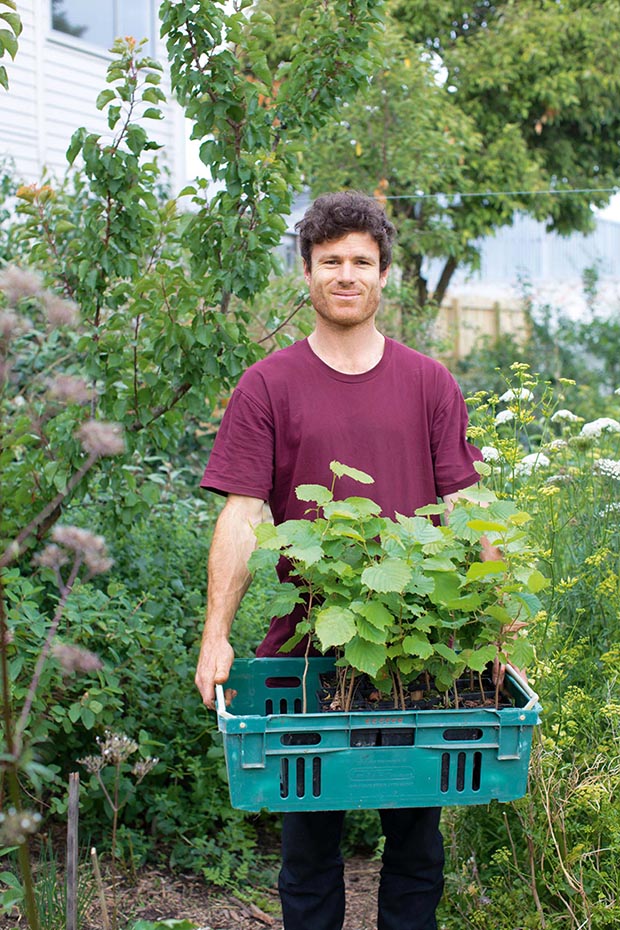 “My mum is an excellent gardener and I knew if she started working on this backyard, she’d create something amazing. But I wanted to have a go and I figured if I changed it a little at a time, she wouldn’t notice,” says Rory of his slow and stealthy revolution to turn a low-maintenance patch into a wild food oasis. 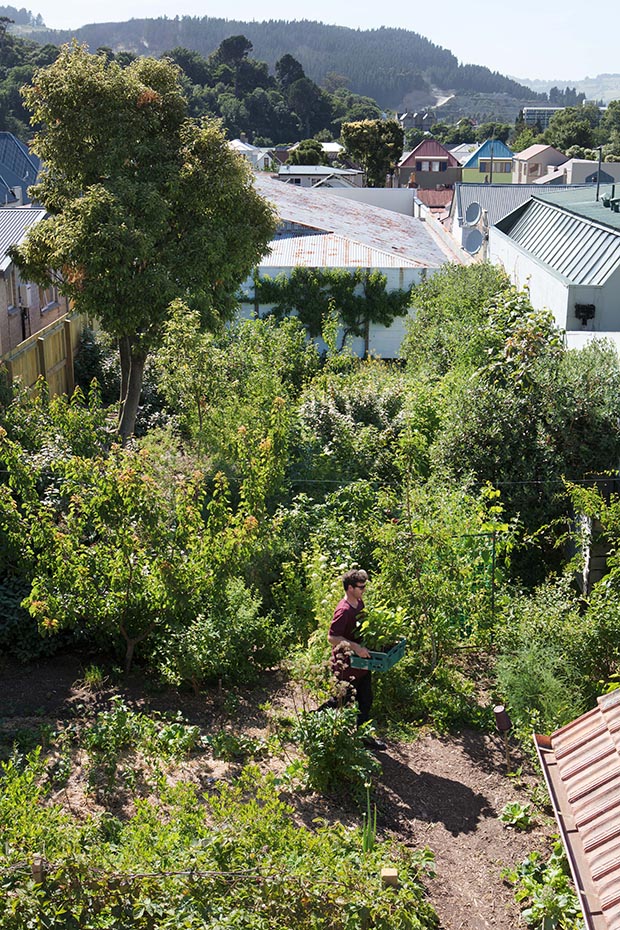 View across the garden to Signal Hill.

His mum did notice but luckily she loves what 35-year-old Rory has created in the 300sqm property he calls the George Street Orchard. It has more than 60 fruit trees and shrubs including 10 heritage apple varieties, five blackcurrants, four grapevines, three gooseberries, two pear trees (one double grafted), four plum trees and kiwifruit – both the full-size green fuzzy ones and the cocktail-sized kiwiberries.

Almost every crop is edible or, if not, plays a role in supporting a food crop. All plants are low-care, needing to thrive with minimal human intervention and without chemical fertilisers. 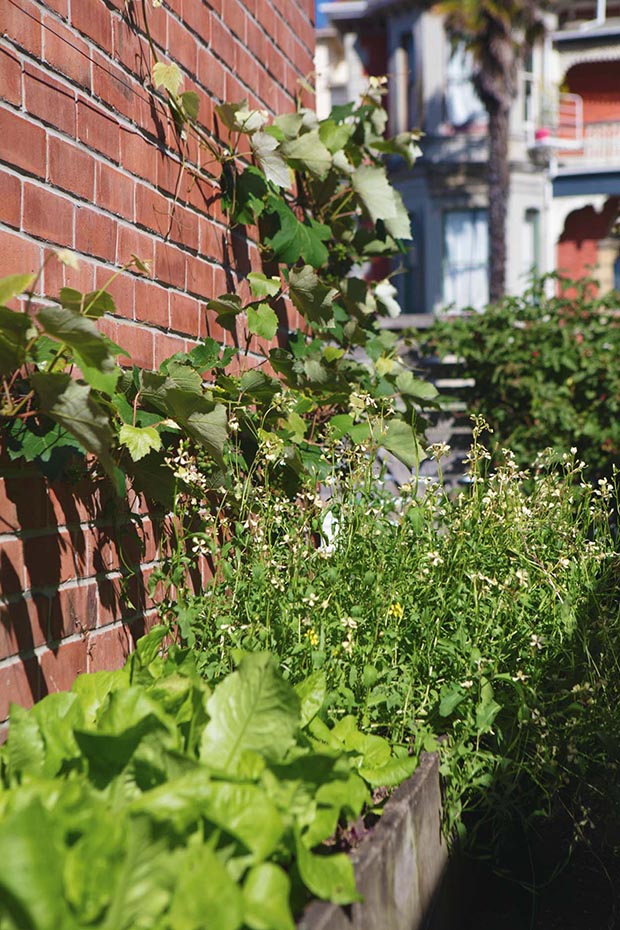 While Rory incorporates aspects of permaculture as well as ideas gleaned from the food forest movement, he says the George Street Orchard required careful planning, maintenance and hard yakka especially in the early days.

In the 1980s, horticulturist Robert Hart began planting gardens in strata to mimic a woodland ecosystem. Known as ‘food forests’, they can contain a canopy layer of mature fruit trees ➊, a lower layer of small nut trees or fruit on dwarf rootstock ➋, a shrub layer of berries ➌, a herbaceous layer of perennial vegetables ➍, a rhizosphere layer of root crops ➎, a groundcover layer ➏ and a vertical layer of vines and climbers ➐. 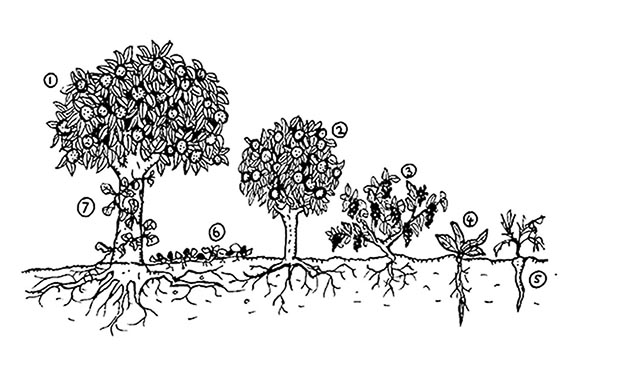 Rory’s has more glade areas than a traditional food forest as a fully closed canopy in Dunedin would block too much light. He calls it “more of a shrubbery or an emergent woodland.” Strata growing maximizes space, encourages moisture and nitrogen retention, and provides shade, shelter and bee habitats.

He’s working with the property’s microclimates to grow crops from warmer regions such as feijoa, passionfruit, tamarillo and kiwifruit. He provides shelter from southerly winds and makes the most of heat absorbed by the neighbour’s masonry walls. He has painted his fences white to reflect sunlight and enhance growing conditions. Last year his ‘Tagan’ feijoa trees produced 100kg of fruit. “In Dunedin, feijoas are so scarce that my flatmates and I eat them by the bowlful and there’s no shortage of friends who want to take them off my hands.”

As a day-job Rory cares for the market gardens that belong to Dunedin’s Taste Nature organic shop and works with his friend Jason Ross at Habitate, a heritage fruits nursery in Waitati, but at home he loves to experiment. The nursery is in a sheltered spot.

He also runs occasional workshops on fruit-tree care and blogs about his garden (see georgestreetorchard.com).

There have been many successes – and some failures. One year he managed to grow quinoa, he’s trying to germinate Blue Sausage Fruit (a plant with pods of blue and edible flesh with the morbid nickname ‘Dead Man’s Fingers’), the North American pawpaw Asimina triloba and maqui berry which is native to Chile. “There’s always something to learn and I don’t take it to heart when something doesn’t go to plan. It’s about experimentation – and finding that connection to nature, feeling the sunshine, rain and elements.”

RORY’S TIPS WHEN STARTING OUT
• Ensure infrastructure is in place as early as possible including watering systems, trellis, wiring and stakes.
“In my own garden the easiest and most productive spaces are often those with a strong, simple structure (for example espalier and planting in rows).
I like to try to create the illusion of wildness, while ensuring I have enough predictability to get significant harvest.”
• Emulate a strongly structured market garden layout – trees don’t establish with competition from weeds. 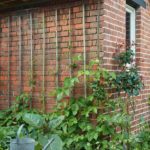 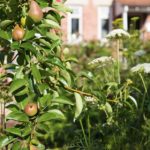 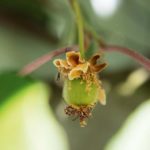 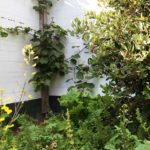 • Although he is a fan of elements of permaculture, Rory warns aspiring gardeners to be wary of exaggerated claims about the yields and lack of labour needed. “In my work I see many examples of gardens failing and orchards struggling because people underestimate the work and interventions necessary, especially in the early years.”
• ‘Scarlet Runner’ beans are a standout crop. They act as a barometer showing the right time to plant sun-loving annuals such as courgette and tomatoes. When green leaves appear, it’s time to plant summer crops. They are also nitrogen fixers: bacteria on the roots convert nitrogen from the air into a form that can be used by the plant. When the plant dies back or is cut back, the foliage releases nitrogen back into the soil.
• In Dunedin’s climate, summer annuals such as tomatoes are always a struggle. Raise tomato seedlings indoors and don’t plant out until early November.
• Always ask about the rootstock before buying a fruit tree. Most garden-centre fruit trees are un-labeled or say ‘dwarf’ or ‘semi-dwarf’. The dwarfing m26 rootstock is best-suited to fertile garden soil. If planting in heavy soil, try the vigorous m106  (a typical orchard size).

KEY FEATURES OF A FOREST GARDEN SYSTEM
• Large variety of species of trees, shrubs, groundcovers, climbers and root crops to create maximum diversity.
• The use of nitrogen-fixing trees and plants.
• The use of deep-rooting plants (known as dynamic accumulators) such as comfrey and sorrel.
• The use of hardy, disease-resistant varieties. 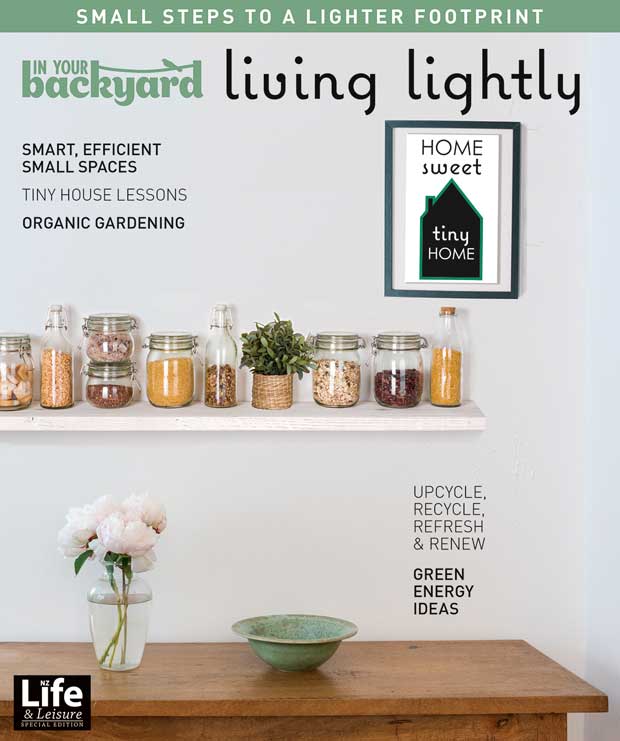