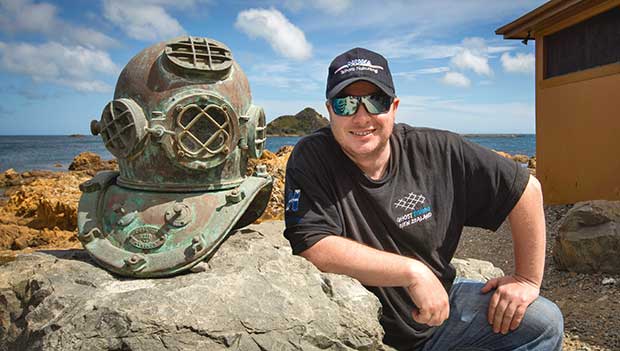 Meet the scuba diver on a mission to clean up Wellington’s ocean floor.

What do a bottle of Vietnamese “snake wine” containing a real king cobra, 37 traffic cones and a coin jar with $287 in small change have in common? Scuba diver Rob Wilson found them all and removed them from Wellington’s harbour floor. A photographer by trade (specializing in astrophotography and landscapes), he is also the founder of Ghost Fishing NZ (GFNZ), a volunteer organization that removes more than a tonne of rubbish from the capital’s waters a month.

As a kid, Rob dreamed of owning a space suit. A snorkel mask was the next best thing he could get his hands on, but it didn’t satisfy his curiosity for long. Eager for adventures, he took scuba lessons in the Freyberg pool. The 13-year-old shouldn’t have been allowed to sit his scuba certification in 1987, “but they let me because I was so keen”. Today, Wellington’s south coast is still his favourite place to dive. “You can go to the same site daily, and things change. I’ve dived off Owhiro Bay for many years. I went slightly further than usual one day and discovered a shipwreck.”

Rob got involved with clean-up dives in 2008 when the local dive shop needed volunteers. “That first time, I got such a rush out of knowing the 25 plastic bottles I removed wouldn’t be able to harm sea life.” He has been participating in and managing clean-up dives for 15 years now. 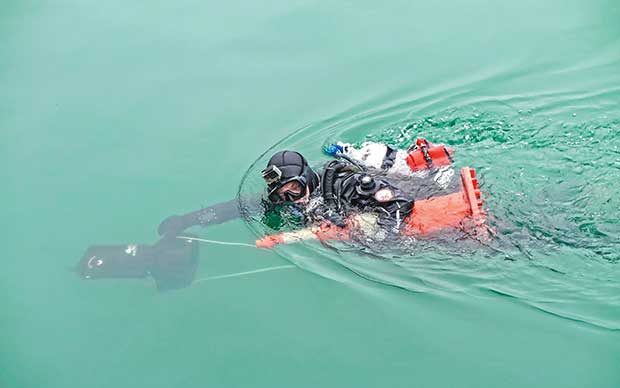 A significant and ongoing threat to marine life is the phenomenon known as “ghost fishing”. Ghost fishing is when fishing gear that’s either lost or dumped at sea carries on fishing unattended — catching and killing marine life for decades. “It’s cyclical,” explains Rob. Creatures that die in the “ghost gear” — abandoned nets, traps and hooks — attract scavengers, who are then trapped and become fresh bait. World Animal Protection says 640,000 tonnes of discarded ghost gear is left in the world’s oceans every year. While Wellington’s main pollutants are consumer plastics, “the amount of fishing lines on the Greta Point seabed in Hataitai is astonishing. I can’t think of anywhere I’ve seen more fishing lines strewn in all directions.”

More stories you might like:
This Auckland mum studied the Spanish shoe-making industry before launching children's shoe brand Pretty Brave

The international Ghost Fishing Initiative, a collective that began salvaging nets from the Dutch North Sea, got wind of New Zealand’s fledgeling clean-ups and reached out to Rob to see if there was an interest in collaborating. There was. Initially, the Kiwi dives were arranged by word of mouth, then GFNZ officially formed in 2014. Hundreds of Wellingtonians now turn up to events. In the most recent clean-up of Clyde Quay on the central-city waterfront, a team of seven divers cleared 2741 bottles within an hour. The Guinness World Record for oceanic rubbish clearing is four tonnes of debris taken over three days, by 137 divers. “We managed 8000 kilogrammes with 60 divers.” 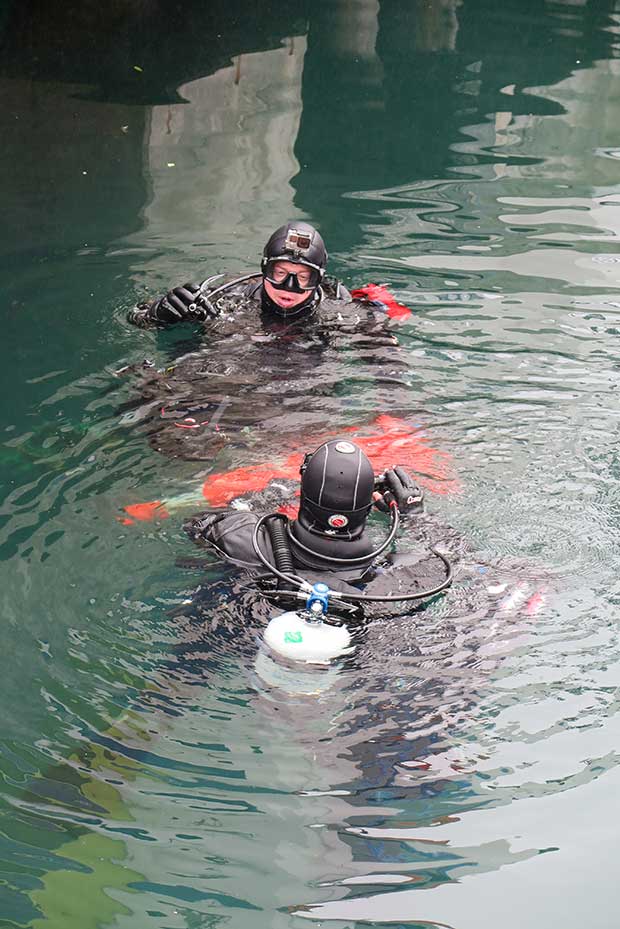 Rob credits the success of GFNZ’s operations to volunteer numbers and their skills. “Wellington divers are a hardy bunch, used to low visibility and not afraid of cold.” Wellington’s notorious winds are partially to blame for the volume of pollution. “You know what Wellington’s like,” Rob says. “You’re having a coffee on the waterfront, put the cup down for two seconds and it’s gone. But when we’re finding 37 traffic cones on the seabed, well… that’s not wind.”

How did such astonishing levels of rubbish end up in the sea? “In some cases, we’re talking years of abuse. One area we target is the inner-city shipping wharf Clyde Quay, where people have been throwing bottles for maybe 60 years. There are layers upon layers of plastic, so it’s devoid of life.” Ghost gear and rubbish collected is picked up by Wellington City Council and sent to the recycling centre if possible. Much of it is too mud-encrusted to be cleaned and goes to landfill. “It’s a shame. But our philosophy is: better out than in.” 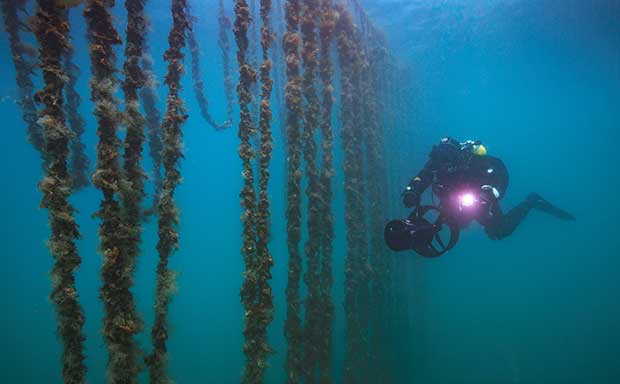 The best proof of GFNZ’s success is in the number of fish and stingrays now visible in the inner harbour. “[Whairepo Lagoon] has had a massive upsurge of life. We’ve hit that spot repeatedly for the past seven years. We removed 33 truck tyres on one dive, 43 on the next. If you go down the steps where the fountains are, have a look off the walkways and you’re almost guaranteed to see stingrays.” That wasn’t the case a decade ago.

When he’s not doing clean-ups, Rob still likes to dive for fun. “Diving is freedom. You’re completely buoyant, so it’s the closest thing to flying.” Without being an astronaut, that is.

Rob encourages anyone to come along to a clean-up. “We always welcome new divers. But if you don’t have a scuba ticket, we have plenty of jobs on shore. We need muscle to haul up the stuff, volunteers to remove critters from the plastic, and kayakers and freedivers.”