Selina and Toby the lion cub.

Selina McIntyre spent her teenage years caring for lion cubs at Paradise Valley Springs Wildlife Park in Rotorua. Now she’s moved on from big cats and has gone to the dogs,  founding a canine behavioural consultancy. NZ Life & Leisure gets behind the lead to learn some dog-training tips from the pro.

Why would a pint-sized fur ball run away from home three times to cross a busy motorway and scale a fence ten times higher than it? To reach the dog park she considers her own, silly.

All pet owners imagine they have a beautiful and harmonious relationship with their animal. However, if a beloved dog often barks, pulls on the lead or jumps and whines as its owner leaves for work, these could be symptoms of a relationship problem.

Selina McIntyre, a dog behavioural expert from the Waikato who has worked with both lions and dogs since she was 12 years old, says animals tell their owners everything they need to know and do so all the time. In order to understand pet behaviour, humans need to start trying to see the word from their pet’s perspective. 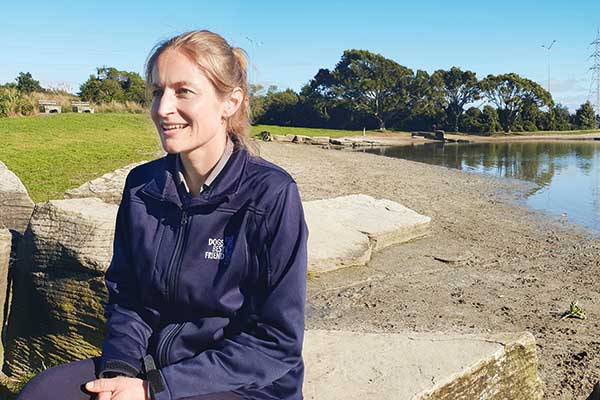 Now an expert in animal behaviour and passionate about animals, Selina scored her first job in the field aged 12. She’d written to the owners of Paradise Valley Springs wildlife park in Rotorua asking to help with their pride of African lions. “I might have written more than once,” she says, and her begging letters were successful.

Working part-time through secondary school years, she helped to raise seven lion cubs before studying zoology at the University of Otago, then applied animal technology at Unitec in Auckland.

Two years later and while still studying, Selina started a dog behavioural business which is now in its second decade of helping New Zealanders understand their four-legged friends.

She has been enlisted to help whip a lion-hearted, pint-sized beast into shape.

Frida Kahlo (named after the artist) is a small, spritely brussels griffon dog belonging to thisNZlife Editor Emma Rawson. Frida is fearless. She chases bikes, takes herself on unsanctioned field trips and is hostile towards people in hats. Selina accompanies Emma and Frida to their neighborhood dog park, taking their usual route so she can translate Frida’s doggy world-view. It’s important that Selina’s first visit to clients happens in a dog’s usual environment, so their behaviour is as close to normal as possible.

As they walk and chat, Selina peppers Emma with questions about Frida’s past and present. It is all about gathering information and not about making judgments.

Frida is exhibiting ‘nervy’ behaviour in the park as she leaps ahead of the group. This is not Emma’s fault. Frida was adopted at 14 weeks, already too old for the new owner, Emma, to have much impact on a dog’s initial development says Selina. 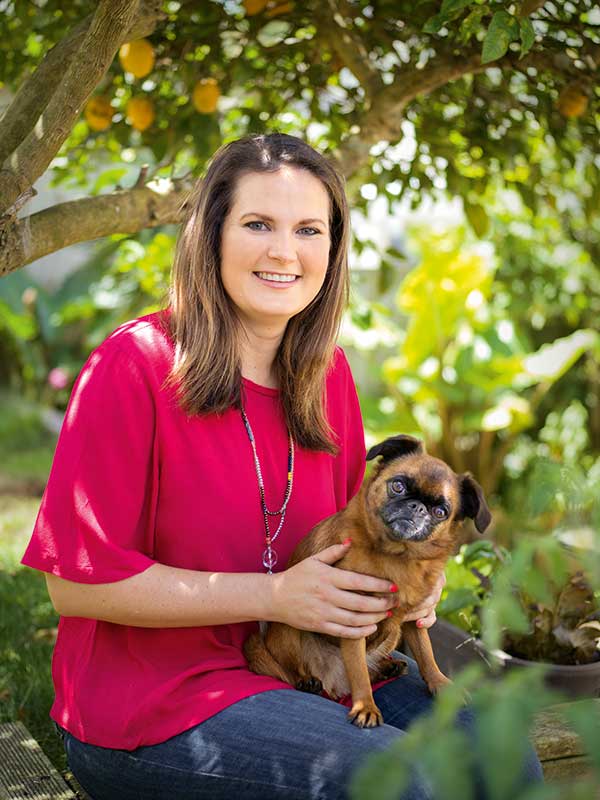 A puppy’s critical socialisation period occurs between 0-12 weeks. Like human babies, a puppy is a sponge at this time, absorbing everything in its environment. If something isn’t experienced by that age, it may later be seen as a threat. This explains Frida’s hatred of hats.

As the trio approach the park’s tall perimeter fence, Emma indicates this is where Frida will usually race along the fence chasing buses and yapping. Chasing can be associated with marking territory, as can peeing. Frida is doing both.

“If Frida sees this as her territory, even though there are a hell of a lot of dogs here, she could be chasing in protection of it,” says Selina.

On each of the three occasions Frida has absconded from home she ended up in this park. To get there she had to cross a busy Auckland street and scale a fence 10 times her height. Action hero Frida thinks the park is hers and that it is her job to protect it, says Selina.

To put a stop to this and the resulting chasing of bikes and buses, Selina says get her attention by calling her name. Make your calls short, sharp and really high pitched. Get in front of her to physically block her from seeing the bike or bus. Selina had previously wished to know which commands Frida knows and obeys. “I want you to do use one of those commands to distract her and provide her with an awesome treat when she responds and is distracted from chasing the threats. Over time you can extend that sequence of distracting commands until you are using up to six.

“Eventually, without the barking and chasing the behaviours associated with bikes and buses, they will go from being ‘nasty prey’ to irrelevant.”

As Frida encounters a group of other dogs, she carries her tail low and tucked in. Selina says this interaction is submissive. When several cars zoom past the fence, Frida ducks behind Selina’s back seeking protection from the human she interprets as the most capable.

Selina says that when Emma injured her leg a few years ago, Frida seized her chance “to climb the pack’s ranks”, attempting to surpass Emma in the hierarchy.

“Dogs will do that if they perceive any sign of weakness. That’s why a lot of women have issues with their dogs when they become pregnant. Your dog will be able to sense that you’re pregnant about two weeks before you know yourself.” 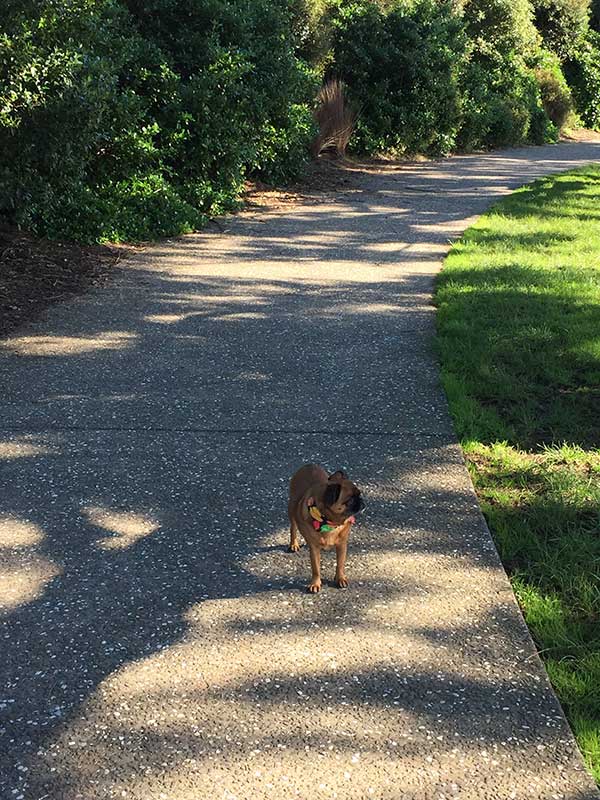 Now that Frida believes she is the head of her family and its protector, there is no-one left to protect her.

“How Emma can regain her status as the protector is the big question,” says Selina. “Dogs will look to their owner to protect them, or for guidance. You need to act confident around them. One thing I do while I’m walking is I think of a person who commands authority and I try and emulate them. Mine is Helen Clark. I reckon if you walk around like Helen Clark everyone will listen to you.”

Frida’s position as pack protector is often reinforced by human behaviour in response to her small size. Frida’s face is incredibly cute and encourages many humans (especially little ones) to rush up and touch her. Don’t feel guilty if you’ve excitedly rushed up to dogs before, says Selina. Even other members of the thisNZlife team did exactly that to Frida on training day.

“Oh, but you are SO cute,” they gushed, further reinforcing Frida’s sense of dominance. By the end of the one-hour session with Selina, it is quite difficult to pet, talk to, or instruct Frida without first considering how she will interpret the action. “I think a lot of people instinctively know what I’m talking about,” Selina says.

“The key is thinking about what you’re doing and how the dog is going to interpret it. And that’s it.”

◊ Extremely important – all family members must be consistent with training otherwise a dog gets confused. Dogs challenge when there is no clarity in guidance.
◊If a dog does not initially respond to a command, do not repeat the same command again and again. This sends the message that 2-3 repetitions is what the command consists of.
◊ Never call a dog to tell it off because it won’t want to come in future.
◊ Train in a variety of settings: different rooms, inside, outside and at the park or beach.
◊ When training, find a dog’s best motivating factor. Food will suit most, but not all. If a pup likes food, get the tastiest treat but don’t overuse it. Like us, if they’re given the same treat all the time, the dog will get bored.

Selina McIntyre, who lives in Matamata, will travel throughout the Waikato to work with dogs.
Dog’s Best Friend
021 353 669
selina@dogsbestfriend.co.nz