This week in the water cooler: Nadene has a flower flight of fancy, Kate is on a carrot crusade and Emma is squawking to save the birds.

SHORT TIME BUT A GOOD TIME

Garden writer Abbie Jury calls them ‘wildly impractical’ and it’s true. The tree dahlia in my garden now has seven stems, and somehow the trunk is half on one side of the fence, half on the the other. These stems grow every which way all summer so a good wind will blow them to pieces. If I’m really lucky the blooms will arrive before the first frosts arrive to murder them. About half the time the tree dahlia falls apart in a burnt heap of foliage, literally overnight, without the budding flowers ever getting a chance to open.
But when the flowers open, they’re glorious. Delicate lilac flowers hum in the sun. On the day I took this photo, every flower had a bee on it or one about to land on it. I believe mine is Dahlia imperialis, the most common one found in NZ says Abbie. It wasn’t until I read her article that I discovered there are other stunning colours. I want more of these crazy trees.
Once mine is dead for the year, I snap off the stems and contemplate digging up the stump and moving it to another spot. It was originally dug out of my aunt and uncle’s garden and unceremoniously buried where it now sits. Removing it today would be a big job. Sticky clay, trying to manoeuvre around the fence, or worse, move the fence. Every year I tell it “Good luck” and leave it where it is.
Seems to be working!

More stories you might like:
4 easy activities to do with kids over Easter in New Zealand: Egg stencils, Easter biscuits and cards

A CRUSADE FOR CRISPER CARROT S When I find carrots in the crisper that are so bendy they tie easily in knots I feel guilty. If I’d stored them more carefully they would not have become contortionist carrots. And now I know more about good vegetable storage – thanks to the Love Food Hate Waste initiative which aims to minimise our food waste. The findings of their collaboration with the University of Otago, released this week, show that expensive foods, such as cut avocado, can last four times longer if properly stored.
How? Wrap the cut side in cling film to exclude the air in a tight seal. Don’t bother brushing the cut side of the avocado with lemon juice or olive oil, that only hastens the decay.
Another key finding was that carrots could last for up to 10 times longer if stored in an airtight container lined with a paper towel compared to being stored loose in the fridge. Stand by carrots, you’re being swaddled and packed from now on.
Apparently New Zealand households throw away 47,615 tonnes of edible food each year. Makes the eyes water doesn’t it. Dr Miranda Mirosa from the University of Otago says a third of that is vegetables.

CAKE WALK (TO THE PANTRY) 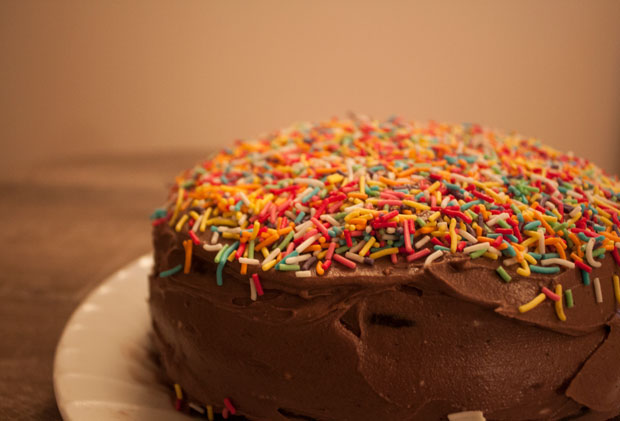 One of the joys of getting to know my new flatmates has been the exciting discovery that they have exceptional baking skills. I have to thank Rachel and Janelle for brightening up my mid-week with this perfect inner-child fantasy cake. The vegan cake by Chef Chloe is a rich double-layered chocolate cake, coated in chocolate ganache, uses unusual ingredients such as agave nectar and apple cider vinegar, and vegetable shortening instead of butter in the icing. My flatmates decorated it with a generous amount of rainbow sprinkles for a bit of retro fun. It will will not last long in our flat pantry. Check out the recipe here. 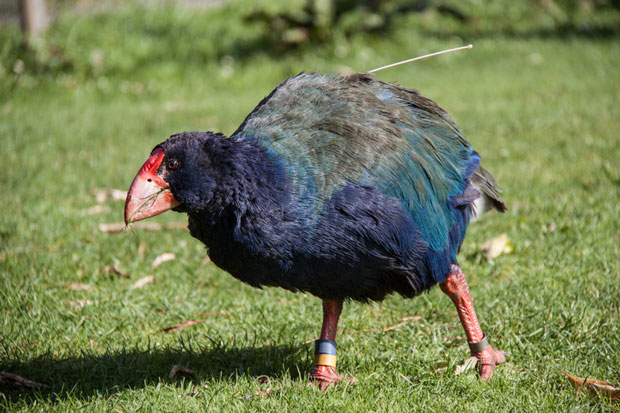 New Zealand’s geographic isolation has created some gorgeously quirky native birds. I adore hulking blue takahe (who to me still look a lot like their dinosaur ancestors), booming kakapo and fuzzy little kiwis.

Rare footage of a Stewart Island brown kiwi during the day from This NZ Life on Vimeo.

When our Insider’s Guide editor Cheree Morrison recently captured rare footage of a kiwi in daylight I was very envious. The closest I have ever come to kiwis in the wild were the ones I could hear outside my tent at night at Orongo Bay campsite in Russell, alas they were hidden cover of night, going about their kiwi business under the deep, dark evening skies only found outside a city. The Kickstarter campaign for Squawk Squad has got my heart soaring. New Zealand’s current conservation efforts to protect our birds are not doing the trick – kiwi numbers are still declining at a rate of 2% per year (that’s 20 per week!) and there are only 285 Takahe and 160 Kakapo left – in total.

Squawk Squad founders Alex Hannon and Fraser McConnell (a mechanical engineer and a software developer) are trying to do something about bird decline. They have developed sensor connected traps for capturing nasty bird-eating pests such as ferrets and stoats. Sponsors can fund a trap or part of a trap on the kickstarter page. When a pest is caught, a notification is sent to the sponsor telling them, in real time, when a pest has met its doom. The founders are trying to raise $20,000 by June 7.