This week in the water cooler: we make new discoveries on Netflix, search for the perfect umbrella tree and plan survival tactics for The Food Show 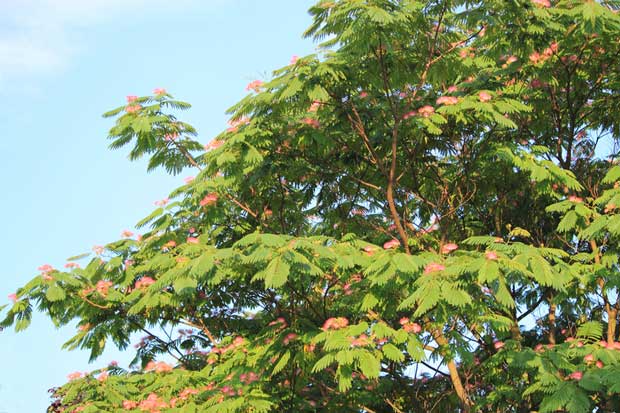 Spurred on by the vision of taking courtyard breakfasts under a large, living umbrella-type tree, James and I planted a pretty-looking palm outside the future kitchen of our permanently-under-construction house. It has done exactly what its label promised, and spread its foliage in a marvellous representation of an umbrella. The only problem is, after three years of ‘growth’ it has remained the size of one too – a regular fold-it-away-and-keep-it-in-the-boot-of-your-car- type rain umbrella, so the search is now on for something that will accommodate more than a family of pixies beneath its boughs.
The garden centre lady says we planted a dwarf and had suggested a red silk Albizia, but we’re coveting something growing in a friend’s garden. It is thick-trunked and about two metres high, a perfect woodland umbrella, dripping delicate pink flowers in spring. Our friend insists it’s a Brazilian fern tree, but according to Google, they grow to 40-metres, have yellow flowers and a slender stem, so we’re treating his botanical recommendation with caution.
In the meantime, I’ve been delving into the online realm of umbrella trees and discovered whole libraries of tree catalogues in which to happily procrastinate and dream.

Do you have a umbrella tree recommendation for Polly? Comment below or email us at info@thisnzlife.co.nz 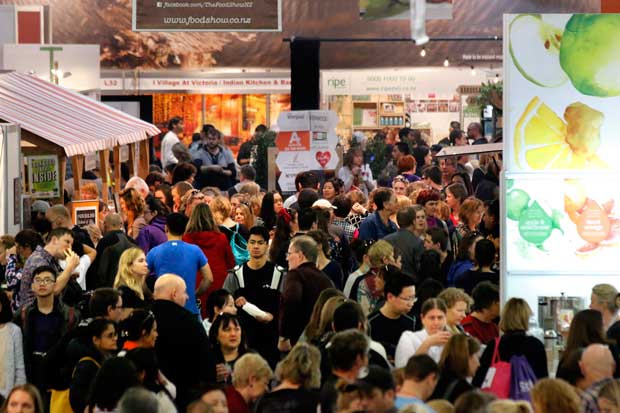 Crowds at The Food Show

Gosh, we make good food in New Zealand. The Food Show is a great way to nibble and sip your way around the country, exploring wines from the Gibbston Valley to the award-winning creamy brie from Grinning Gecko Cheese, based in Northland.
The show has arrived Auckland this weekend, and it draws HUGE crowds. Here’s a survival guide on how to make it through the masses. 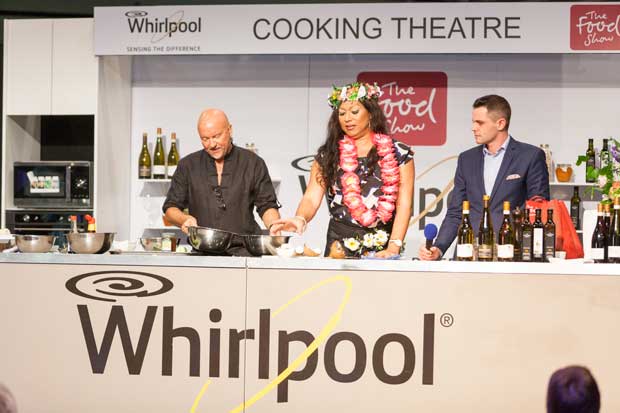 Robert Oliver and Cindy of Samoa at The Food Show

My husband has just entered into his second ultra-marathon and will be running at Tarawera in February next year. To get inspired we downloaded and watched FIFTY – The Movie. You can download it here for $19.95 US.

It is based on New Zealander Mal Law who set a goal of running 50 marathons over 50 peaks in New Zealand in just 50 days. Mal undertook this seemingly impossible task to raise money for the Mental Health Foundation following the suicide of his brother-in-law. This film makes inspiring viewing and gets quite emotional at times. It shows just how much we can achieve with a bit of perseverance and determination and support.
Mal’s original goal was to raise $300,000 for the foundation, but he went on to raise more than $500,000.
This film’s incredible scenery showcases some stunning parts of New Zealand.
I can’t say I’ll be running a marathon, but I’m definitely going to get myself outdoors to explore our amazing country and set myself challenges… actually, maybe I should add a marathon to the list?
Check out the High50 website for more information: www.high50.org.nz It’s desperate times in my kitchen. All that is in the fridge are chicken pieces (with bones) and mushrooms. A quick trip onto Google and I find a recipe that includes both chicken and mushrooms and claims to be award-winning.
It includes cheese – always the clincher – but unfortunately it calls for Asiago, an Italian hard cheese that tends to be crumbly and ‘reminiscent of parmesan’. Cheddar it is then.
I’m an ok baker, but my cooking is hit and miss. That’s because I tend to head down dark paths when I start substituting ingredients before I’ve even stepped near the stove.
With this recipe I went rogue on the very first instruction:
“Pound chicken breast with a meat mallet between 2 sheets of waxed paper”.
That sounded like a waste of wax paper and more effort than I could be bothered with, so I hacked at it (Jamie Oliver would say ‘butterflied”) with some scissors and got cooking.
Fortunately, I didn’t have to do too many substitutions. Fresh thyme is one of my favourite herbs, and I could have chucked in some fresh sage, rosemary and lemon verbena too, but I held back from that dark path.
We have one bottle of white wine, used for cooking only. I think the wine I used was about a year old. Too old? I figured the mix would boil so it wouldn’t kill us…
Once the cheese was added, I had a taste. Wow. Very winey, but so good. Why not give it a go – but try to avoid my substitutions.

While I love binge-watching House of Cards (is Frank Underwood a genius or an evil mastermind?), sometimes a little light relief is needed. The beauty of Netflix is that there’s always something new to discover, and that’s how we stumbled upon The Fundamentals of Caring, a Netflix Original film starring Paul Rudd and Selena Gomez (stick with me).
A film about a caregiver and the disabled teenage boy in his care may not seem like the most laugh-inducing plot, but this is one sweet, sad and hilarious story. Follow the two on their road-trip to the world’s deepest pit, and fall a little bit in love on the way. Some of the humour is a little dark (and there’s plenty of jokes about wiping bottoms), but it’s all part of the charm. Catch it on Netflix.
Cheree Morison
-Staff Writer, NZ Life & Leisure