This is real. Internet viewers seemed to think it was fed hormones or, possibly less credibly, that this is a person dressed as a chicken.
It’s actually a very big brahma rooster, a naturally large poultry breed, although this boy is a giant among brahmas.
Poultry fascinates people. I’ve lost count of the number of people who get hens for eggs and then say they had NO idea they were chicken people and now their life’s work is to have every breed. And that can mean owning a lot of chickens. Some even suffer from a syndrome called OCD (obsessive chicken disorder).

Pecking Order trailer from This NZ Life on Vimeo.

The ultimate chicken people are the ones who join a poultry club and get into serious fowl play. This year, there’s a chick flick Pecking Order starring the Christchurch Poultry & Pigeon Club, filmed over the last couple of years, and it’s hilarious. Check out the trailer above. One of the stars of Pecking Order.

It comes out in May and includes fowl play and flying feathers. Literally and figuratively. 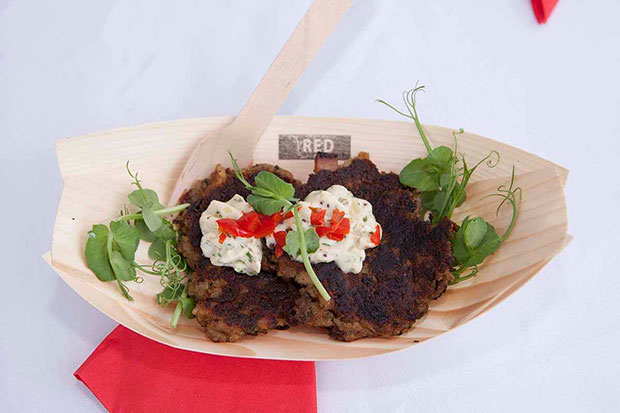 How do you take your fritter? Is sweetcorn the winner? Whitebait with lemon? Potato or maybe a deep-fried banana number? Why not test your taste buds at the Whangarei Fritter Festival, tomorrow (Saturday 25 March) at Toll Stadium. Some of the region’s best restaurants will undertake the ultimate fritter cook-off, with a People’s Choice Award and Best Fritter Trophy (judged by food writer Helen Jackson) up for grabs. The 2016 title was nabbed by Marsden Point Cafe Land and Sea, who are back to defend their title with two fritter offerings – an apple, pork and kumara fritter with chilli dipped crackling or – to tempt patrons with a sweet tooth – sugared flat white fritter with salted espresso cream. Heaven. I’ll have one of each.
The Fritter Festival is now in its fifth year and is a highlight of the Northland social calendar. Families, couples and friends young and old arrive with picnic blankets and an appetites ready to lounge in the sun drinking the best local beverages, sampling the fritters and enjoying music from top New Zealand musicians. This year the music line-up includes The Black Seeds (on at 3.45pm) and The Feelers (from 5.30pm). There’s also a water slide for the young and young-at-heart and Little Moments Photobooth for capturing snaps of the day.

More stories you might like:
How to make the Queen of Hungary's Water (an all-natural ancient beauty tonic) from common garden herbs

Doors open 11am, and the festival runs through to 7pm. Tickets are available at Eventfinda.co.nz or there are door sales from 9am on the day.

PACIFIC FLAVOURS WITH A TWIST 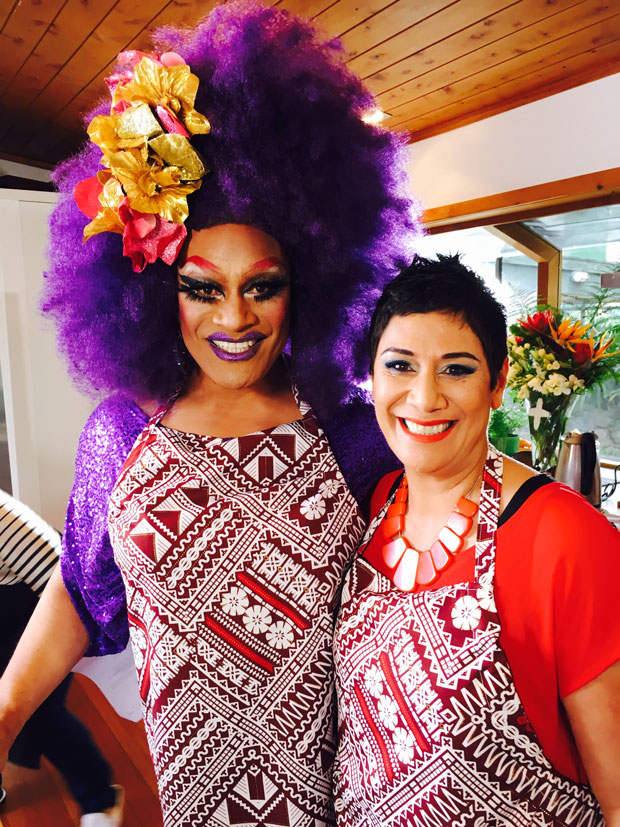 The recipes come from the Heart Foundation’s Pasifika Flavours cookbook, which is free to download from their website. It includes simple tips such as how to dilute coconut cream – a Pacific Island staple- to cut down on saturated fat but not lose flavour.

To’onai with Buckwheat and Niva airs from Saturday 1 April at 9am, TV One, Saturday and 7.30am on Sunday).

I’ve always tried to care about the environment but, admittedly, not so much as to go the full nine yards. But in the height of crafting this year’s New Year resolutions, and naturally getting a full-head of steam on, I decided to tackle the issue of sustainability. From Before The Flood, a documentary about various environmental issues and solutions to mitigate our individual impact as well (as well as featuring the dreamy Leonardo DiCaprio) I learned of the controversy surrounding palm oil.
What is palm oil? Essentially it is an edible oil derived from the fruit of the oil palm. It’s an appealing substitute to olive and sunflower oil because it is cheap to produce, very cheap. This cost effectiveness saw the number of palm oil products skyrocket in recent years. The resulting deforestation, particularly in areas such as Indonesia and Malaysia, saw the extinction of species. The fruit from the palm tree which produce palm oil.

Hence, my moral dilemma of what to do given my lack of eco-warrior status (though I know a few more of us could lean this way) and knowing that drastic commitments to changing my lifestyle were probably unrealistic in the long term.
My light-bulb moment came after consulting the oracle that is Google. It was simple: if we stop eating palm oil products, there won’t be sufficient demand to justify the rapid deforestation. Yes, but …
I am a real foodie, so I immediately panicked that I might have to live off foraged foods for the rest of my life.
The reality isn’t that bad. Palm oil is commonly found in processed foods such as chips, confectionery, biscuits, dips and sauces. However, not all these have palm oil, many have sustainable alternatives such as sunflower oil.
It’s as simple as having a quick look at the ingredients list. Everyone needs a sweet-treat fix now and then. So have a squizz at the back and get a handle on what brands cater for this. On the plus side, you are now an ethical consumer and that definitely justifies another biscuit or two!
Jessica Mackintosh
Intern
NZ Life & Leisure 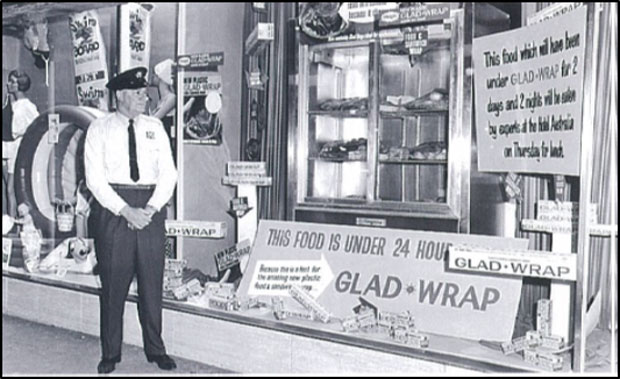 Glad Wrap has become such a kitchen staple it is a non-event buying it at the supermarket. Fifty years ago, the launch of the food cover film was a BIG DEAL. Its 1967 launch was a star-studded affair hosted by New Zealand’s Galloping Gourmet Graham Kerr. Media, industry leaders and socialites were invited to two events in Sydney to put the wrap to the test. Guests were asked to try to differentiate between food prepared fresh on the day and dishes prepared three days earlier and wrapped in plastic. Before the event the wrapped food was kept under armed guard in glass door refrigerators at Woolworth’s stores in Sydney. This little story made us smile this week, just as much as the biscuits that came to the office from Glad Wrap – wrapped in Glad Wrap, of course.