It’s a garden harvest special in this week’s water cooler as we share tips for growing pumpkins, harvesting fruit and transforming mature lettuce into a delicious soup. 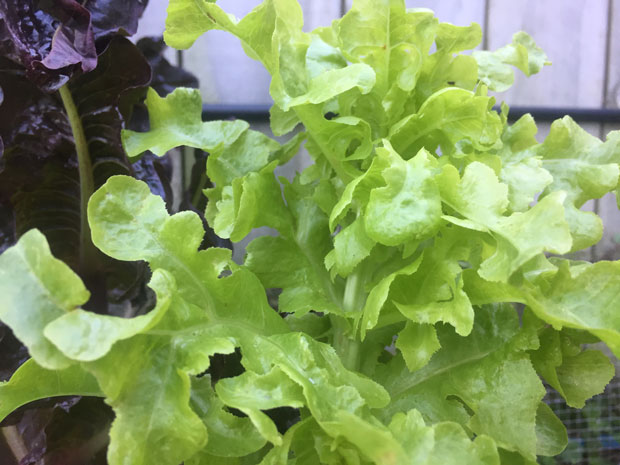 Lettuce Soup
Doesn’t it sound like a meal from a miserable supermodel diet of the 90s yet this greenish grey liquid has become both my garden saviour and new favourite flavour this week.
My summer lettuce had reached that sad, woody stage. I’d been too conservative with my lettuce picking and now I was left with a glut of leaves too tough and too bitter for a salad. But my mother had an idea. She is a former French teacher and known Francophile (except non à la bombe on matters regarding nuclear testing). In France, Cream of Lettuce Soup (or Potage Crème de Laitue) is a thing. So I scoured the internet for soup recipes to use my garden greens (and red leaf greens). 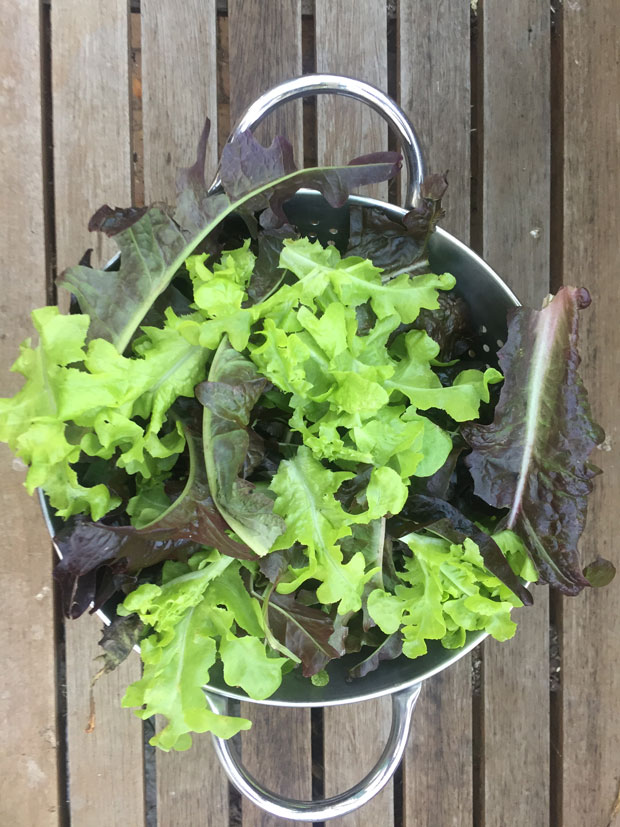 Emma used a colander full of lettuce in the soup. “The advantage of making lettuce into a soup is you don’t have to dry it after it’s been washed,” she says.

The main ingredients of most classic lettuce soups are leeks, potatoes, lettuce and stock with varying combinations of herbs and spices. I gave my soup a Pacific twist by using red kumara instead of potato. The result was so creamy I didn’t need to add cream and was such a success, next time I might try using more leeks and no kumara.

METHOD
Fry leek and onion in olive oil until soft (approximately 5 mins). Add garlic and cook for further 2 mins. Add the stock and chopped kumara. Fashion together bouquet garni* using the green part of the leek, thyme, parsley and bay leaves (see below). Add salt to taste and bring to boil. Simmer for 45 minutes.
Wash lettuce thoroughly and add to soup mix and simmer for further 15 minutes.
Remove bouquet garni and allow soup to cool slightly before blending thoroughly. Don’t be deterred by the greenish brown colour of this soup – it’s delicious. The weird colour comes from the red leaf lettuce variety.

* A bouquet garni is a bundle of herbs used to flavour soups and casseroles and is removed before serving. It’s traditionally tied into a bunch and secured with string but I often find my bouquet never quite holds together and I’m often fishing out a rogue bay leaf from my cooking. I came across a handy little bouquet garni life hack – use the green part of the leek to make a little parcel for the herbs and secure with string. C’est très simple.
Emma Rawson
thisNZlife editor

As I work in a creative industry I’m always on the lookout for inspiration and artistic stimulation so it’s interesting to see how people in other artistic disciplines channel their creativity into their work. I was naturally attracted to Abstract, an eight-episode documentary series on Netflix focussing on eight designers from different disciplines: graphic design, illustration, photography, architecture, interior design, set design, shoe design and automobile design.

It’s a fascinating series. In one episode Nike shoe designer Tinker Hatfield talks about the design process behind the iconic basketball shoes, Air Jordans. He also discusses how Michael Fox’s self-lacing shoes, first imagined in the movie Back to the Future, are now almost a reality. Illustrator Christoph Niemann, a major contributor to the covers of The New Yorker was hilarious. It’s interesting to see that even someone as competent and talented as Chris still has doubts about his abilities. But watching how he overcomes his insecurities is inspiring. 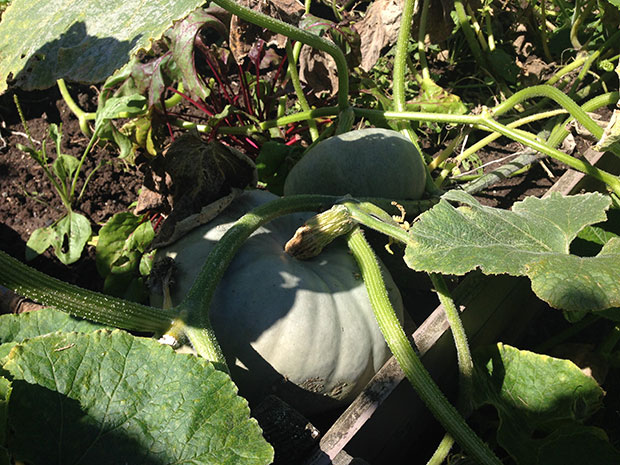 When visiting my Poppa and checking out his sprawling pumpkin patch I noticed he had each of the pumpkins set on an angle and raised off the ground on a small piece of wood. ‘Ah yes he said, “that’s so that the water doesn’t collect at the base of the stem on the top of the pumpkin and cause rot’. A little tip I hadn’t known but will tuck away in my memory bank for when I grow my next crop.

FRUIT OF YOUR LABOUR 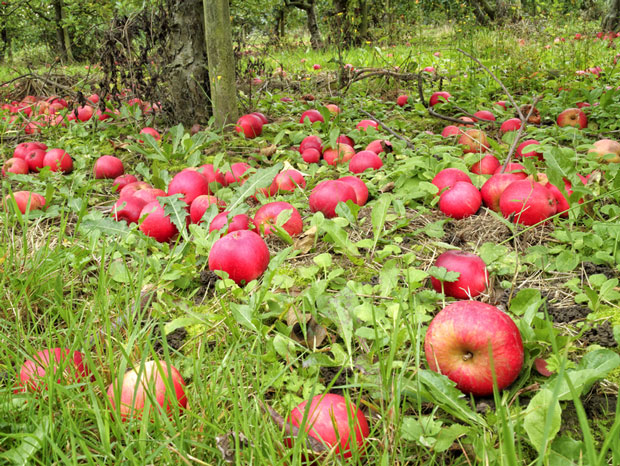 If your backyard is starting to look a bit like this and you’re over peeling, preserving and eating your abundant harvest then there’s no need for fruit to go to waste. Community Fruit Harvesting picks unwanted fruit and shares it with those who need it.

This nationwide service connects surplus fruit with charitable organisations and food banks. They’re entirely reliant on generous offers of fruit from people in the community so if you have spare fruit – at any time of the year – let them know. It can be one tree or a whole orchard. CFH will arrange volunteers to pick the fruit at a time that suits you, and if you want to keep some of it, they’ll arrange that for you too. Contact them here

OTHER GARDEN HARVEST IDEAS AROUND THISNZLIFE 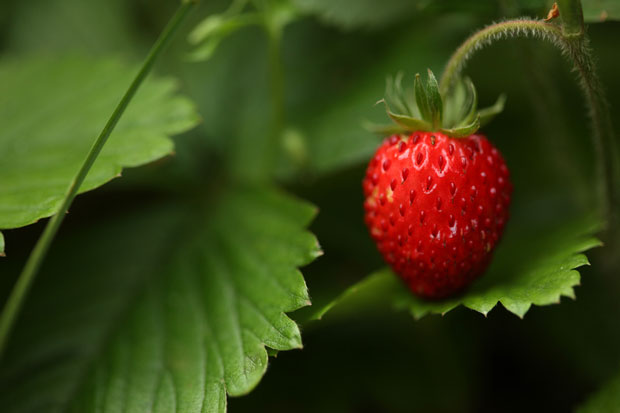 How to cut a pumpkin

How to turn chestnuts into flour

How to pickle and preserve cucumbers and zucchinis

How to make apple cider vinegar

Make your own fruit leather