In the water cooler this week: Emma has a double take at Twin Peaks,  Nadene isn’t peachy about the weather and Kate and Tracey go green. 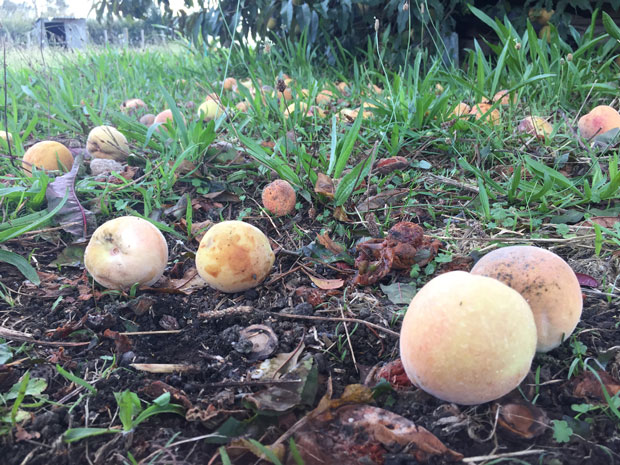 My orchard has had a bit of a bad week, although not as bad as my friend Elizabeth’s week. She was a parent helper at Camp Adair in Hunua for Mangatawhiri School when the big storm went through. The middle-of-the-night evacuation by tractor was something everyone seemed to really enjoy.  However, her car had left the party.

It had been swallowed by water and spat out 100m downstream and then pummeled by debris for quite a few hours. High levels of wet clay adorning the interior made that an easy decision for her insurance company.

Family friend Neil’s car was also a write-off. He’d spent a freaky few minutes trapped in his car by floodwater after accidentally driving into a puddle that was more lake than puddle and getting deeper. He’s a calm person and that’s good because being trapped in a car, floodwaters rising and no way of escaping through unopenable doors and unbreakable windows, is a nightmare.

It wasn’t the rain that did all this but the wind that followed. The peach (above) is a delightful one, its white flesh so sweet I can only eat one and then it all gets a bit too sickly. The bonus is the tree has red leaves, not the usual green.

The new subtropical garden is where things have gone pear-shaped. The pomegranate is looking… ill. Not sure why. The red pineapple fell over after delivery and I suspect may have broken off some roots. So far, so good. But the big murder mystery is the pawpaw, broken off and gnawed.

I’m looking at you geese.

I remember when writer Frances Jones first wrote about 3D printing in NZ LIFE & Leisure a few years ago. We all thought the idea was mad and questioned whether it would actually materialise in the future or if it would be vanquished to the world of amphibious cars,  jetpacks and other technology that never took off. Well, I was blown away to see this clip on a construction company called Apis Cor printing a house in a day for under $11,000 USD. This could be a construction industry game changer and perhaps a solution to our lack of affordable housing in New Zealand? 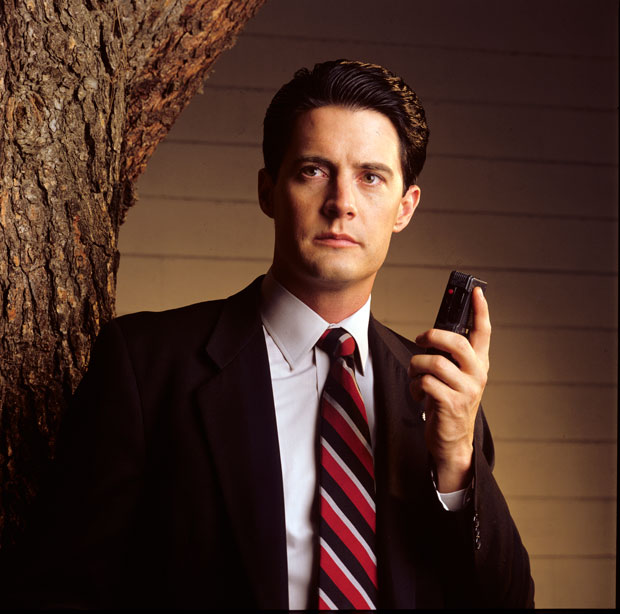 Who killed Laura Palmer?  This was the question on everyone’s lips in 1990 while people were glued to the eerie, kooky, David Lynch TV drama Twin Peaks. The original two season show and prequel film Fire Walk with Me followed the mysterious death of the high school prom queen and an unusual series of events that included a dancing little man, giants, an armless man and ‘owls that are not as they seem’.

The show became a cult classic, and this May, 25 years after the prequel movie screened, a new season (starring some of the original cast including Kyle MacLachlan) will screen on Neon and Sky’s Soho channel. To say there’s hype about the new Twin Peaks would be an understatement, Laura Palmer posters are popping up around the world and the internet went bananas when the show released a sneak peek clip.

Those New Zealanders wanting a refresher course in the world of the Agent Cooper and  The Black Lodge can rewatch the original series on Lightbox – I’m currently halfway through season two, and boy is it weird but who can resist a dance at The Black Lodge? 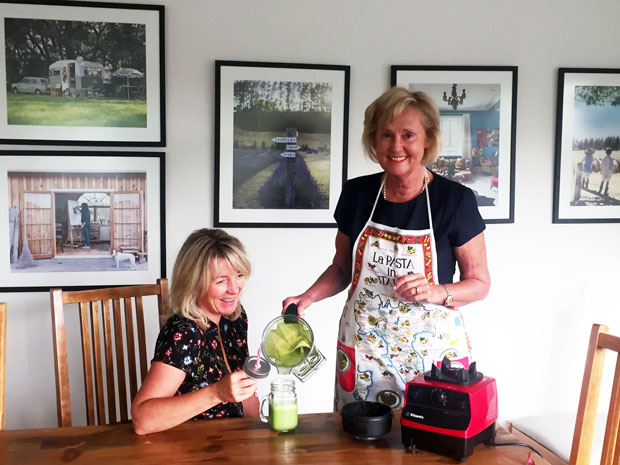 NZ LIFE & Leisure advertising sales manager Tracey Yearbury, too busy to have breakfast, was the happy recipient of Kate’s Vitamix-whizzed kale, pineapple and banana smoothie – with the green frog tick.

Our planet-saving efforts here in the office include composting all our office waste as well as mindful recycling and reusing. So we fell upon news of  a new alliance of sustainable producers with glee by take custody of a plump pineapple (sent by Dole) and reading up on the Rainforest Alliance Certified seal. This little green froggy fellow signifies produce which comes from a sustainable source – so it’s a green choice to follow.

It was no hardship either to bring from home my best kitchen friend, my Vitamix, and make everyone a morning smoothie with kale, pineapple, ginger and coconut water. Even Emma, no friend of “overly green stuff in the morning” liked it, or at least, managed to drink it. If you don’t own  a Vitamix already don’t despair, you might win one with the latest issue of NZ LIFE & Leisure. It’s just a matter of buying a subscription to NZ’s finest lifestyle magazine (I would say that, wouldn’t I) and you are automatically in the drawer to win one of two. You can renew your existing subscription, gift a subscription or buy a brand new subscription – each option entitles you to one entry. You will be automatically entered. Good luck and watch for our froggy friend on fresh produce in the supermarket. 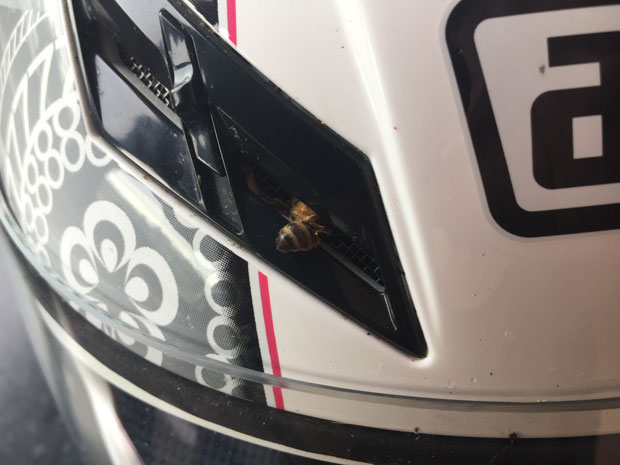 There are a lot of dangers when you’re riding a motorbike and you’d think they’d be obvious.

But one is rarely mentioned: bug attacks.

The first time a bumble bee flew into my shoulder at a combined speed of about 150km an hour (that’s 100km/h from me, 54km/h from the bumble bee)  it actually pushed me so hard, I gasped in fright. When one hits your visor, you see it for a split second before it splatters into a thousand pieces. Nasty. Also, vision impairing.

Then there was the day I was winding my way down a tricky hill on what’s possibly the worst tarseal on a highway in NZ: knobby, sticky, crumbly, with big grooves that aren’t great when you’re on two wheels.

Right at a tricky moment, a large wasp crawled over my eye and onto my nose.

That definitely gets your attention. Naturally, I’ve already heard a story of a guy who got a bee in his helmet, panicked, crashed and died.

The feeling of zen was quite pronounced. A long time ago I was taught to move carefully, slowly and gently so you don’t alarm a bug with a bloody big stinger millimetres from your eyes.

I managed to carefully pull off the road and into a driveway, open my visor and let it go free. When I took my helmet off, four dead wasps fell out of my hair. This week I was reminded of that wasp when I got home from a ride. A bee had so heavily impacted the mesh air intake, I had to use a pointy knife to dig it out in tiny pieces.