This week in the water cooler: we sing the praises of the refugee Olympic team, discover a historic gem in Whanganui and have a light bulb moment. 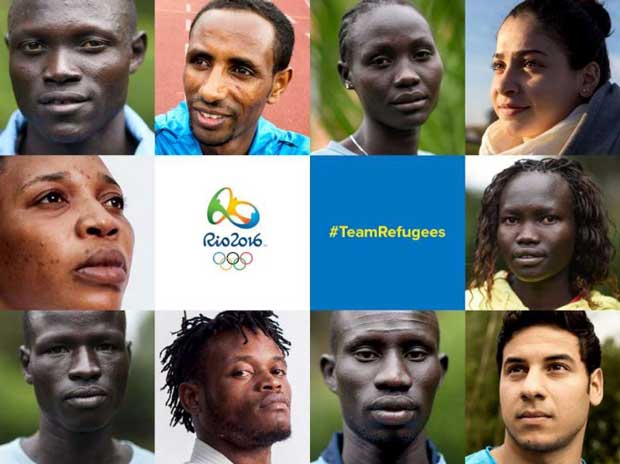 I love the Olympics. I remember being in primary school and the teacher dragging in a TV for us to crowd around and watch athletes throw every ounce of strength into doing their best. Sports weren’t really my thing (I spent more time nursing twisted ankles than being on the netball court) but I would, and still will, yell myself hoarse cheering on our teams. I’m feeling torn about the Rio Olympics, at the moment the athletes’ efforts seem to be overshadowed by a range of issues from fires and kidnappings to the threat of Zika virus. Perhaps that is why I had absolutely no idea that this year’s Olympics includes the first-ever refugee team. Walking in under the Olympic Flag, the ten athletes from Ethiopia, Syria, South Sudan and the Democratic Republic of Congo are competing to give hope to the two million people living as refugees. These sportspeople give a voice to those who don’t have one and, in some cases, they hope their families might see them and realise they have survived.

I stumbled across S.L Price’s Sport’s Illustrated article about the team – it’s a heartbreaking read. Of one athlete, Yiech Pur Biel of South Sudan he writes: “He lived like an animal. Hiding in the bush, senses on high alert, no food to be had. For three days his family, sleepless, bellies screaming, foraged for fruit and climbed trees for their bitter leaves.”
The opening ceremony is Saturday the 6th of August at 10.50am NZ time on Prime and On Sky TV – I’ll be saving my cheering voice.

Want to see something truly beautiful on a rainy afternoon in Wanganui?
St Paul’s Anglican Memorial Church, sitting unobtrusively alongside the road in the riverside suburb of Putiki of Wanganui, looks like any other small, tidy wooden Anglican church – until the door is opened by a local guide.
The astonishing sight of one of the country’s most intricately carved and beautifully decorated church interior makes the heart soar heavenward as much as any stirring sermon could.

More stories you might like:
What's the deal with gluten? Debunking gluten intolerance, coeliac disease, and why the gluten-free diet is so popular

The magnificent workmanship was inspired by Sir Apirana Ngata and carried out by a combination of local women from the Putiki marae, church women from Ngati Poneke and master craftsmen from the Maori School of Arts in Rotorua. The kakaho reed ceiling panels and kowhaiwhai painting on the rafters were completed by craftsmen from Gisborne and Tikitiki. The church itself, the seventh on the site, was designed and built by Englishman Arthur Cutler who died in Wanganui in 1951.

St Paul’s commemorates Anglican missionaries and a memorial cross in the church porch honours the loss of two prominent local men, Te Teira and Henare Metekingi, who were both killed in action during the First World War as well as all Māori and Europeans from the Aotea-Kurahaupo district who gave their lives during both world wars.
Book a guided visit at Whanganui iSite ($10 a person), or in summer join a scheduled tour at 2pm, Thursday to Sunday. Bring some spare dollars for a donation (it is easy to be moved to want to help keep the water out of this treasure house of creative arts).

Buy a pot of the fundraising Putiki Body Balm with its local ingredients including tarata, horopito and kumarahou – all good for whatever is wrong with the body.

FROM RUSSIA WITH LOVE

The internet is a strange place. It’s so easy to travel through a wormhole and discover unusual things, and it really has made the world a smaller place. This week I made a new friend in Russia, youtube sensation Slivki Show. It’s a series of how-to and “life hack” videos starring a cute cat. 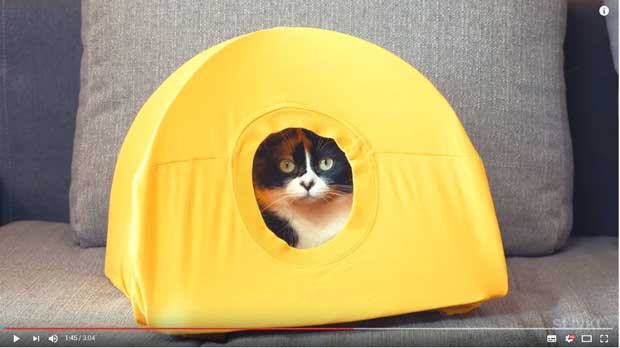 How to make a cat play pen using a t-shirt

The videos are translated into several languages – into very poor English – but they really make me smile, and I picked up a lot of cute ideas, some more useful than others. I learned how to remove pet hair (or as the show describes it “cat wool”) from my couch using a rubber glove and also to make a play tent for a cat using a t-shirt (why?).

I had never thought of making a seedling pot out of a toilet roll but now I know how. Slivki Show’s video on how to make a terrarium out of an old lightbulb is a particularly bright idea.

OFF THE BEATEN TRACK 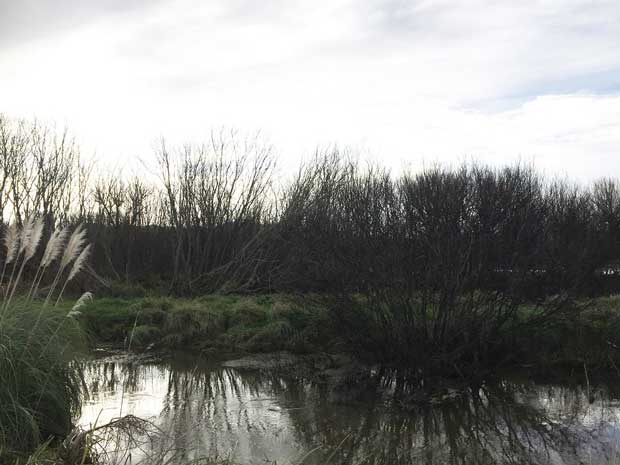 A few years ago I read a blog by Geoff Chapple, one of the champions of the Te Araroa Trail ( now covering 3000 km of NZ). Geoff was one of the first to test the waters, in some cases literally, as he walked headed south through the country, relying on donations for his food, camping many nights.

Through this blog I discovered a track ran right through my part of the world, from Mangatawhiri down to Mercer, via a network of farms and waterways. The wetlands that form part of this track are owned by Fish & Game on behalf of their members and feature ponds and mama.

In one case Geoff discovered something even more amazing.

“The stopbank curved right, away from the river. I followed it round to a group of workers putting a polyurethane coating on the rimu floor of a cabin overlooking the wetland. Strange – this small beautifully built structure in the midst of a wet wilderness. What was it?

“A hunting lodge. This was duck country, with the duck-shooting season opening in May, and the lodge would be ready for it. Merchant banker David Richwhite was personally overseeing the finishing touches, flying down with his designer in the big Kawasaki chopper.”

Bizarre. I’ve always wondered what that lodge looks like. A couple of weeks ago, a dearly beloved local dog called Cody disappeared. He lives on the edge of this wetland but I met him when he used to live down my road. I got permission from Fish & Game to enter the wetlands to look for Cody and headed off on my mountain bike.
It didn’t look big on Google Maps but the track was, in fact, vast and full of twisting trails and so many places a dog could go that a human couldn’t. The water was pouring through after winter rain, and the track was inundated in places – my pedalling feet were under water at some points!
Sadly there was no sign of Cody, but there was beauty in this grey place. The bird life was incredible with a loud chatter of gamebirds, some I’d never heard before, intermingled with others more familiar.
I’d highly recommend walking the trail, but it may be better suited for a summer’s day.

More stories you might like:
Water Cooler: The Huge Day Out, how Joe and Fay Gock saved the kumara, Ashford Park and Stranger Things 2 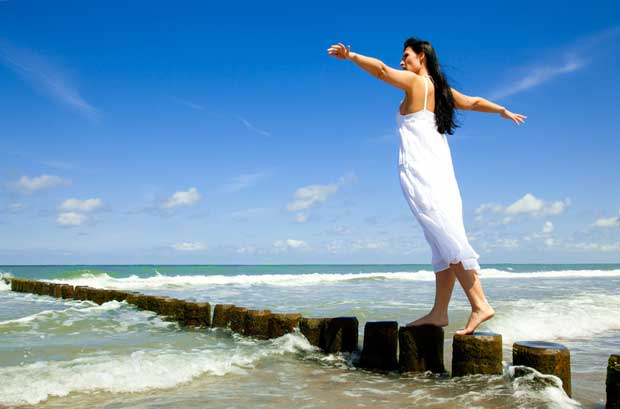 We are all getting older, however, young we feel… so annoying! My older friends tell me it’s really important to keep your balance and the older you are, the harder it gets. I’m trying to do two things that an 80-year-old friend can do easily. She says if I keep doing it, it’ll keeps my balance in perfect nick.

First: try and put your shoes and socks on while standing on one leg AND do the laces up.

If you’ve tried these exercises I’d love to hear how you got on. Send us an email at info@thisnzlife.co.nz to let us know