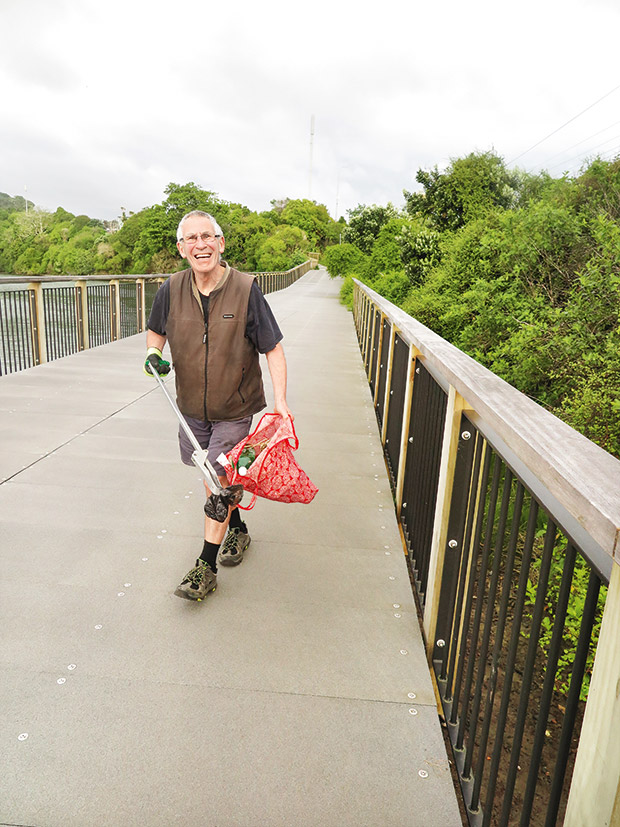 A walker recovering from illness took the chance to clean up his local area. Both are now in good health.

Should Alan Samson ever need a specialist Mastermind subject, it could be the cubic capacity of rubbish bins. The keen walker’s interest doesn’t stem from an engineering or manufacturing concern, but rather how much litter he can stuff into public rubbish bins each day. It is the most difficult aspect of a private quest to keep his suburb litter-free.

A microwave, an electric scooter, suitcases full of shoes, boxes of clothes as well as the everyday blizzard of coffee cups, bottles, empty chip and cigarette packets and an endless flood of plastic constitutes some of the debris Alan has collected on his daily walks around Meadowbank. “I worry that people see litter as something for the government or local council to deal with.”

Keeping his area litter-free wasn’t the initial motivation behind Alan’s regular walks. He was diagnosed with prostate cancer in 2014 and had surgery the next year. A post-op problem left him barely able to walk. “I decided to combine my feelings about litter with my determination to get fit.” He worked up to seven kilometres a day collecting litter, initially in Wellington, where he then lived. His activities were rewarded by the Wellington City Council, which gifted him a litter-grabber pickup tool, which he uses each day.

“It made an enormous difference to the amount of rubbish I was able to reach.”

When he moved to Auckland in 2019 and settled in Meadowbank, he made the scenic Ōrākei Basin, with its boardwalk and inlet paths, his round. Wellington City Council has not asked for its litter-grabber back, which is lucky as it hasn’t a show of getting it — it’s far too handy. A reduction in litter during the pandemic pause in early 2020 surprised Alan. But his hopes for better behaviour from fellow citizens were short-lived and littering soon returned to pre-lockdown levels. 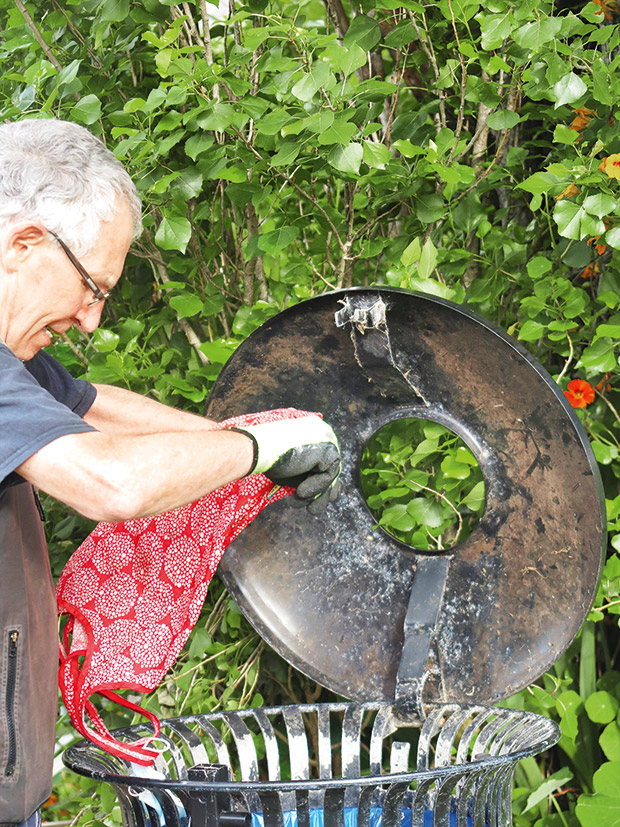 He’s philosophical about people and their shortcomings; for 20 years he was a senior reporter at The Dominion Post, covering stories such as the 1990 Aramoana massacre and the long-running Peter Ellis child-molestation case. For eight years he was on the Press Council and he also worked as a lecturer at Massey University. Walking and gathering up rubbish serves a double-purpose, he says. “People can collect litter and keep fit. The oceans can’t continue to soak up our debris and hide our laziness.”

Once people open their eyes to the rubbish in their local area they will be astonished at the amount and dismayed at the behaviour of some, he says. Plastic bags of dog poo dropped on footpaths: “Why go to the bother of bagging dog poo, then dropping the bag? The volume of takeaway coffee cups is another surprise. Eco-coffee cup, hah.”

He dreams of a squad of self-motivated litter collectors armed with grabbers and sturdy bags wearing tee-shirts with the logo SLOBS (Stop Littering Our Beautiful Scenery) efficiently clearing away the evidence of thoughtless and lazy ways, saving marine life and proving that humans can learn to behave well. (Although that logo might need a bit of polish.)

1. Adopt a neighbourhood “litter” circuit, big or small, and be consistent one day a week (or seven).

2. Carry a small, easily washable bag — not plastic — and empty rubbish into public bins. Jump on cartons to crush and ask the council to collect big items.

3. Rubbish collecting is generally fun, easy and doesn’t need to take long, says Alan. Even an hour makes a huge difference. You will also be noticed and attract the like-minded.