Thieving sprrows,  heartless geese, breathless theatre and treasured faces: things that we were talking about in the thisNZlife office this week Last weekend I put the finishing touches to a new strawberry patch I have been constructing at our bach. Repurposing what I have been told was old sand pit that had seen much better days. On Sunday as I drank my morning coffee I noticed a small patch of straw had collected on our neighbours roof. As I watched, an industrious sparrow arrived with another piece of straw – and then it dawned on me – from my new strawberry patch just below. I then watched as the stockpile was used to take material in under the roof line to build a nest. 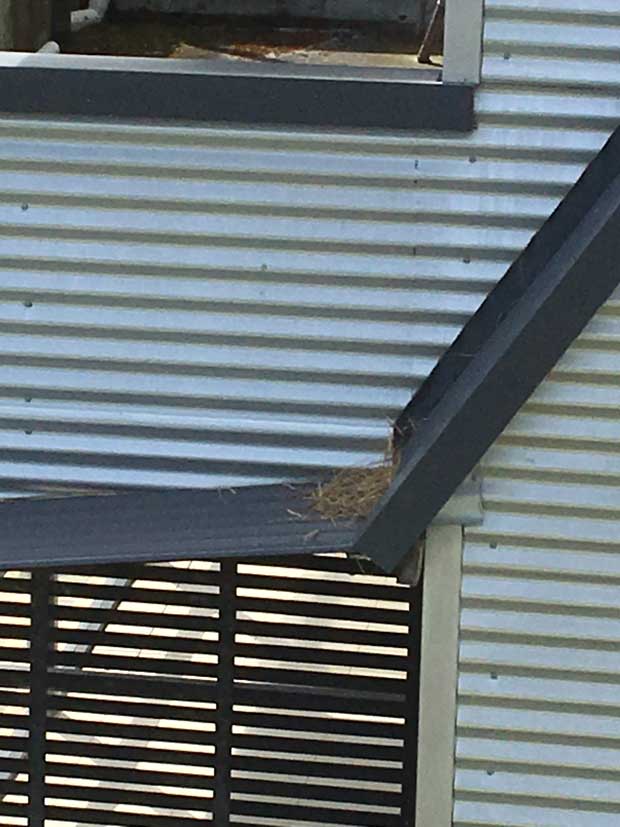 I may be needing to share my strawberries with the neighbours to make up for the birds in their rafters! For more on NZ’s backyard birds read this piece 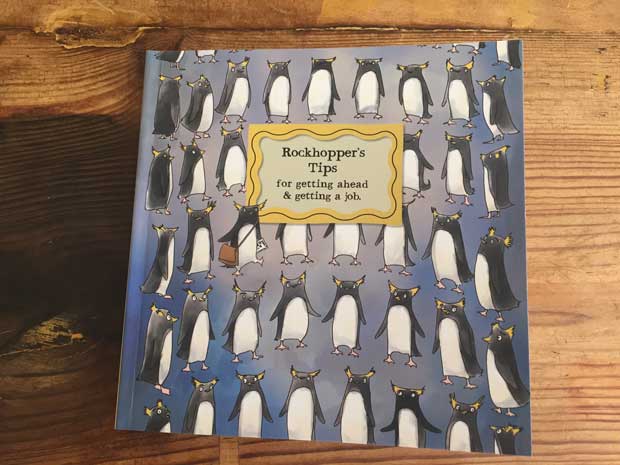 Quite why the red-eyed, bounding rockhopper penguins of the northern Antarctic islands inspired Auckland philanthropist Christine Fernyhough to write a guidebook to successful job hunting is beyond even her recollection.
But they did. They are the role models of her recently published Rockhopper’s Tips for getting ahead & getting a job. Christine’s dedication to helping young people learn life and work skills has seen a decade long collaboration with the New Zealand Defence Forces to run Limited Service Volunteer training. NZDF, under contract to Work and Income New Zealand, manage this short, sharp course in day-to-day life skills to help young people, who might have hit a rocky patch, get back on track with a successful life. What are the required life skills? LSV regards as essential self-respect, respect for others and self-responsibility. Christine’s Rockhopper’s Tips is not at all didactic but bounds through a cheerful exposition of the rockhopper’s life and habits, with not-so-subtle learnings along the way. These cute fellows have beneficial traits such as wearing black tuxedos over clean white shirts, standing tall, looking each other in the eye, and living and playing together in large colonies.
The self-funded guide has the sweetest illustrations by Fran Denton and would make a great (and greatly beneficial) gift for a teenager heading out to sea and about to navigate the rough waters of life. In typically generous fashion the book is free to deserving causes or, if paid for, Christine channels the funds into LSV.

Email me if you’d like a free copy: kate@nzlifeandleisure.co.nz (First 12 in will get one.)
Kate Coughlan
Editor
NZ Life & Leisure 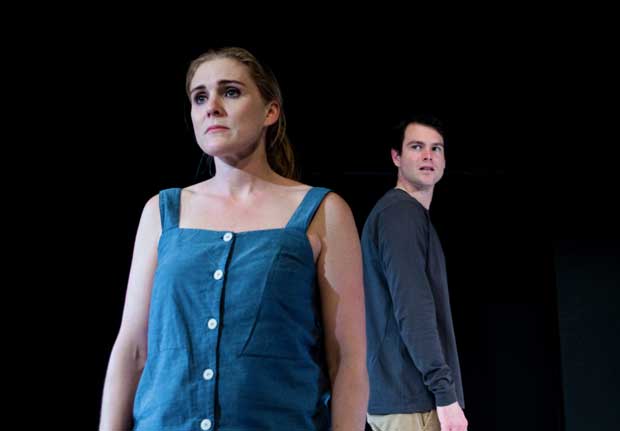 Why LUNGS? The name of Duncan Macmillan’s play can only refer to the breathlessly fast-paced dialogue that leaves the audience – if not the actors – gasping. The play is a brilliant exposition of conversation as theatre. With no set and no props the two actors interact on an empty stage, laying bare their relationship through body language and words loaded with meaning.

Aidee Walker and Arthur Meek star as the angst-ridden (and nameless) young couple who are grappling with the idea of having a baby. Is it socially responsible to procreate in an overpopulated world that’s beset with the problems of climate change? It’s a question that gives rise to some hilarious exchanges as over-thinking descends into a complete freak out. How many trees would they have to plant to offset the 10,000 kilos of carbon emitted by said baby? Will they be good parents? Does recycling, watching documentaries and buying Fair Trade make them good people? We laugh at them and with them and, as the conversation builds, we feel the pain and the tenderness of a love affair that carries them through the years.
Brilliant acting, a great script and deft direction by Dean Hewison make for a gripping 70 minute performance. Take a deep breath and book tickets for LUNGS at Circa Theatre in Wellington, 22 Oct – 19 Nov. Produced by Adrianne Roberts of Show Pony
Anna Tait-Jamieson
Food Editor
NZ Life & Leisure

More stories you might like:
Step by step instructions: Build a cute-as-a-button fruit and vegetable stand (part 1 of 2) 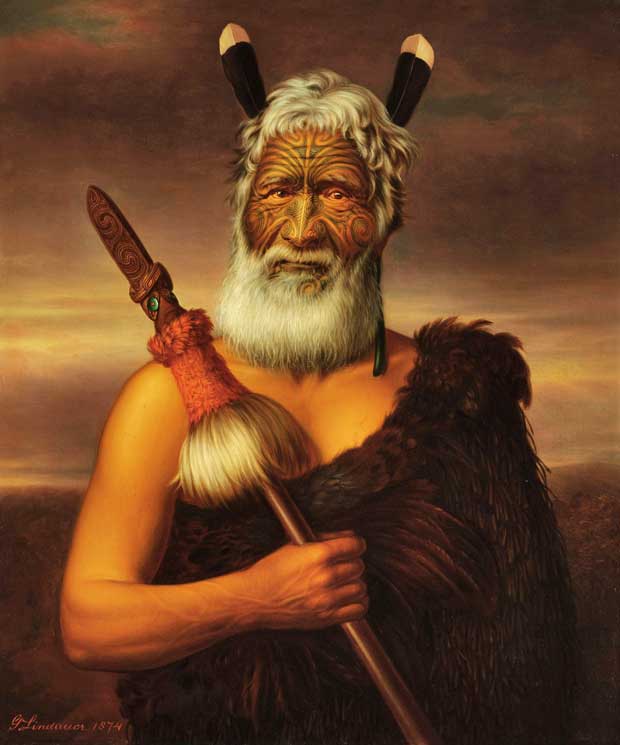 A must-see for Aucklanders and visitors is The Maori Portraits: Gottfried Lindauer’s New Zealand at the Auckland Art Gallery Toi o Tamaki. The free exhibition of 120 breathtaking portraits of Maori and Pakeha painted by the 19thC Czech artist is the largest-ever collection of his works. Many have never been shown before and have come from all over the world as the result of a global treasure hunt. In July UK newspaper The Guardian called for the public to ‘look in their attics’ for the missing portraits.

This unearthed several of Lindauer’s previously unknown works. The artist, who was born in Bohemia and immigrated to New Zealand in 1874, is believed to have painted more than 400 portraits. He died in Woodville in 1926 and the whereabouts of many of his paintings remain unknown. The portraits are categorised by the iwi and hapu he painted. Some subjects, such as Heeni Hirini and child, he painted more than once. I’m going to return to learn more about this incredible artist and to watch all of the exhibition’s video footage. The Maori Portraits: Gottfried Lindauer’s New Zealand is open to the public until 19 February.
Tracey Yearbury
Advertising Manager
NZ Life & Leisure/thisNZlife 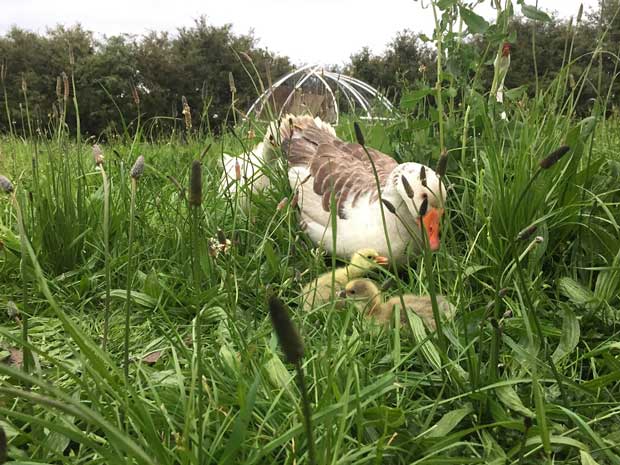 It takes approximately 30 days for a Pilgrim goose egg to develop and hatch into a gosling, which means I procrastinated for a month about removing my goose’s latest eight eggs. I had snatched her previous clutch within the first week of them being laid and, when cracked open, they revealed just unfertilised yolk and white. I guess that’s why I presumed these latest eggs would come to nothing. However, on about Day 25, one exploded all over the nest, the fence, mother goose and (somehow) father gander. Still, I wasn’t too concerned that there’d be babies though I did notice one egg appeared cracked all over. “Careless, careless mother,” I thought, without thinking it through. Why was there no smell, and how had the careless mother cracked the egg all over?
There was actually a lot going on with these eggs; one exploded, three hatched and four did nothing. One of the goslings died in the nest so I removed it and the other (stone cold) eggs.

More stories you might like:
Kids' paper craft project: Make your own rockhopper penguin for Bird of the Year from a toilet roll 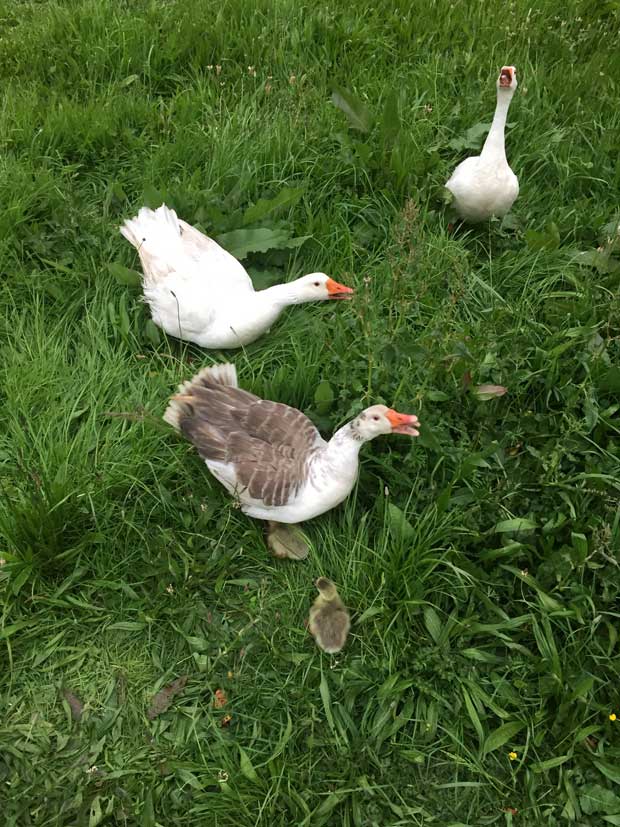 On Day Three after hatching, things were going well. The two little goslings were gadding about with Mum, Dad and Uncle, they’d found their little water dish and were pecking at a plate of kibbled maize.
But late that afternoon I heard a huge kerfuffle in the orchard. Mum, Dad and Uncle were screeching in horror and when I got to them, I discovered one of the two remaining goslings gasping and looking weak. I picked it up to try and figure out what was wrong, only to have it take one last breath and fall limply into the palm of my hand.
“No problem,” said Mum goose and within minutes she waddled off to graze. I don’t think there’s much grieving in the goose world. Day Four and the remaining gosling is looking good, dashing around the legs of the adults and peeping in the most adorable fashion.
My goals: Keep gosling alive, and track down and remove any future eggs as soon as possible. There’s a cake I need to make.

Interested in keeping geese read more about them here