There’s little room for nuance in the debate over the health of the country’s rivers and streams.

The overriding narrative is that New Zealand’s waterways are polluted and in decline, dairy farms are overstocked, and farmers are putting profits ahead of the environment.

The reality, as is often the case, is more complicated. Freshwater became an election issue in 2017 for valid reasons. The environmental indicators show a mixed bag of red, green and orange; some rivers are in trouble, others are recovering, some are stable.

The political focus is useful in generating funding to tackle the issue and establish a plan that will see dairy intensification limited in some areas. But examples of where farmers have taken the initiative, becoming responsible guardians of the land, symbolize the real change.

Take the Taranaki’s Riparian Management Programme. Established in 1995, it’s a voluntary scheme to fence rivers and streams and plant some five million trees along the region’s banks. The vast majority of Taranaki’s farmers have taken part, working to keep stock out of waterways, cut down effluent and nutrient build-up and reduce erosion along the banks.

NIWA scientists say it is one of the largest schemes of its kind in the world and has had a significant impact. Its latest report on Taranaki’s waterways shows that despite intensification, 98 per cent of 500 rivers and streams in the region are improving or not changing significantly compared with 23 years ago.

One of the first farmers into the Riparian Management Programme was Gordon Symes, who began planting and fencing the river and creek on his 66-hectare Opunake dairy farm more than two decades ago. 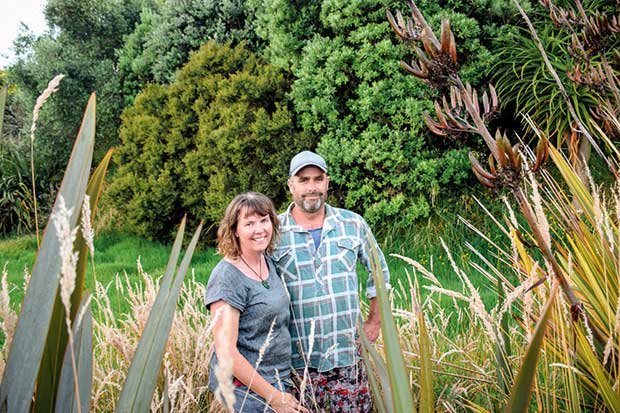 Now 82, Gordon is seeing his efforts pay off as the farm, run for the past 17 years by his daughter Megan and her husband Matt Symons, features fenced riparian buffers lush with kōwhai, pōhutukawa, hebe, karo and flax.

“We are the third generation of farmers,” says Megan. “Dad helped his father clear parts of the land to make it viable for dairying. He’s seen some of the detrimental effects of that, but now he is seeing it come full circle with the initiative he started back in the 1990s.”

HELP FROM ON HIGH

The mantra in dairy farming, says Megan, is “control the controllable”. Dairy prices fluctuate along with Fonterra’s corporate strategy.

But the Symons focused on what could be done to make their farm more sustainable. They joining the Taranaki Regional Council’s voluntary planting and fencing scheme, which maps each farm to develop a planting plan, and provides the seedlings at a low cost.

“We would spend autumn and winter planting trees in a certain area of the river,” says Megan. “The council was the driving force; they took all of the thinking out of it for farmers,” she says.

By the couple’s estimate, tens of thousands of dollars and countless hours of planting and fencing efforts have been invested. But the pay-off has been clear. 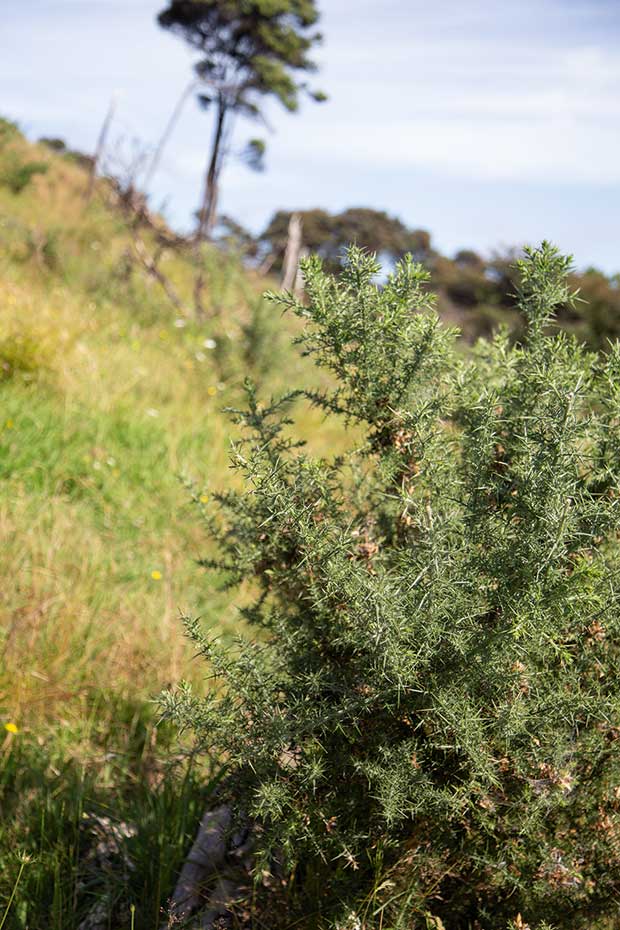 Weed management is more of a problem than ever for farmers.

As a child, Megan remembers the swimming holes along the Punehu River which dissects their farm being slimy and murky. Now the plants have filtered the water and the fences keep the cows well back from the river.

The mature trees provide shade, cutting down algae growth. “It’s our own little paradise that we use regularly,” she says.

A JOB FOR LIFE

Think Megan and Matt’s job was done once the river and creek were planted and fenced? Think again. Riparian management is an ongoing job requiring time and money.

“Every year we have high rainfall and flooding. There are parts of the river bank that will be taken out. You have to walk your waterways and see where the fences have gone down and where to replant.”

Then there are the weeds, a side-effect of planting the trees and creating that buffer between the livestock and the water. More trees means the birds return and they start pooping the seeds they’ve eaten. Then the blackberry and gorse appears, requiring constant weeding to avoid it spreading to the productive parts of the farm.

FARMERS GET IN BEHIND

Taranaki Regional Council chair David MacLeod says the reason freshwater health is improving long term is thanks to the voluntary work started by the Taranaki farmers.

“It’s one of the reasons why Taranaki is the only region in New Zealand to have no at-risk catchments according to the government’s new criteria,” he says.

“A large chunk of our community is behind the transformation of freshwater health — almost all of our 1700 dairy farmers, other rural landowners and iwi have been fencing and planting along rivers and streams on their property.

Farmers are also moving to discharge dairy effluent to land, while industry and district councils have upgraded wastewater treatment plants.

“It’s been bloody hard work, but we had to change from 20 years ago when there were pollution incidents every month in some waterways,” he says.

Despite the improving freshwater results in Taranaki, testing over the summer showed high levels of E. coli bacteria at some river and coastal swimming sites, which the council attributed largely to bird droppings. “We still have work to do, and plans are underway to make riparian management work compulsory,” David says. “Soon all farmers will have to fence off and plant along waterways. The standards are lifting, and we want to continue meeting these.”

If the riparian management undertaken by farmers and the regional council deserves a lot of credit for water-quality improvements in Taranaki, the more contentious issues in farming relate to the level of stocking on a farm, the use of fertilizer to grow pasture and the management of effluent from the animals.

More stories you might like:
Produce from urban micro farms makes 200 meals per day for kids in need

The first issue was sorted out quickly by Megan and Matt, who run an 180-strong herd. That has meant foregone profits, but the couple aren’t complaining.

They’ve just moved to once-a-day milking, which means production will take a hit for a few years but should return to normal, bar any uncontrollable elements intervening. Last year, drought hit coastal farmers, and the couple had to buy in palm kernel, silage and hay. 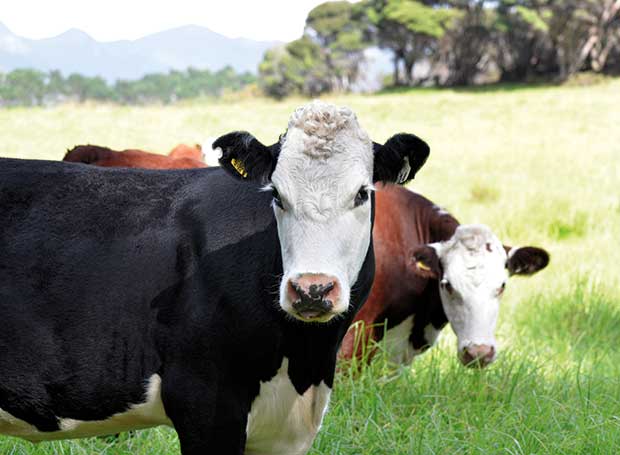 What the change in milking frequency does mean is a more relaxed life for the Megan and Matt, who do most of the farm work themselves, and an easier time for the cows.

The family’s fertilizer use is “minimal”. They aren’t following the cows around with urea once they’ve grazed a paddock. The Symons do two dressings a year, in spring and autumn.

With a reasonable stock-to-pasture ratio, effluent management isn’t a problem on the farm, particularly with the cows kept away from waterways.

A MODEL TO EMULATE?

Riparian planting schemes are all over the country, many of them led by local authorities under pressure to clean up their waterways. They aren’t compulsory, but most farmers realize the environmental benefits pay off in the long-term sustainability of the farm.

But there’s something about the Taranaki region that has made riparian management such a success for decades, with buy-in from virtually all farmers in the area. Megan says the reason is staring every farmer in the face — the looming presence of Mt Taranaki.

The 2518-metre sleeping volcano’s steep slopes feed so many rivers, creeks and streams that cut through the farms surrounding it. “We are all aware of where our water comes from because the mountain is there staring at us,” says Megan.

“Every farmer is looking at the condition of their waterways most days. That’s a big part of the awareness in Taranaki and hence the success.”