What you need to know before buying seeds from overseas: Bad seeds, online scams and biosecurity Buying seeds from overseas can cost you and New Zealand a pretty bad penny.

Rainbow roses are real flowers, but they don’t grow like that in your garden (growers use dye to colour the petals after picking). But in the online world, they’re used along with ‘blue strawberries’, ‘pineberries’ (a ‘pineapple-strawberry’ hybrid), ‘purple watermelons’, and plants with ‘fluorescent, night-light emitting’ flowers, to trick people into buying seeds.

If you’re tempted to buy seeds from overseas sellers, the Ministry for Primary Industries (MPI) is warning you risk hefty fines, up to $100,000, or a jail term of up to five years. Sowing unknown seeds risks introducing an invasive species or a carrier of unseen diseases and pests that could have a devastating impact on NZ’s native flora and fauna.

THE RISE OF OVERSEAS SEEDS

Most of us aren’t going to be conned by freaky-looking flowers, vegetables, or fruit. But MPI expects the amount of illegally imported seeds and plants getting into NZ to rise due to the big increase in people buying goods online from overseas.

In 2017, of the 10,500 parcels MPI seized under the Biosecurity Act, about half contained seeds. It’s estimated that about 50 million mail items will arrive annually by 2023, which means more seeds are likely to escape detection at the border. 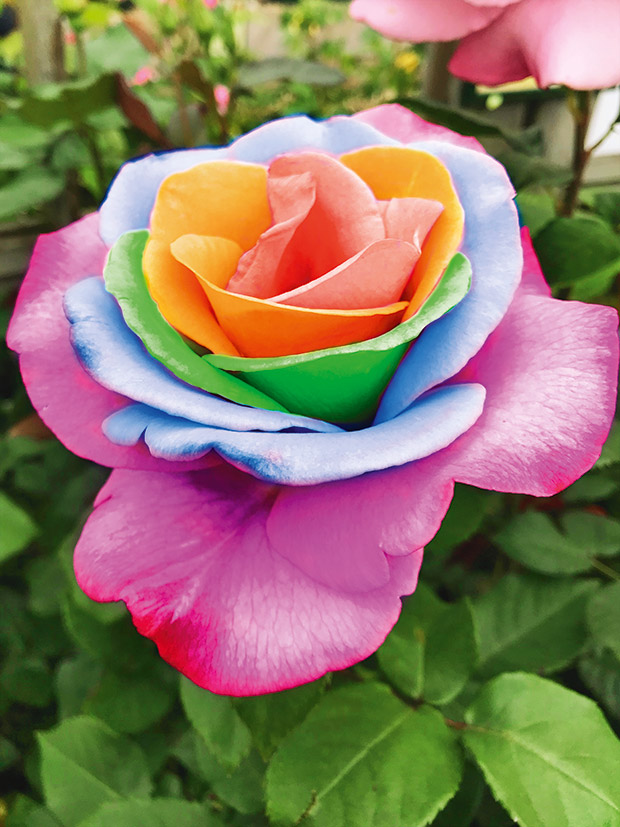 MPI says what buyers don’t realise is that most of the seed varieties ordered from overseas are available from local companies that follow strict protocols. Where that’s not the case, many seeds can be imported, but it must be done safely and securely, according to the Biosecurity Act. It is your responsibility to ensure NZ’s biosecurity import requirements are met by the supplier before you buy seeds from overseas.

Find comprehensive information, including a searchable database of permitted and banned seeds and plants on the Plant Biosecurity Index.

Suspicious cases are called into its exotic disease & pest emergency hotline (0800 80 99 66) by concerned individuals who see suspect listings on TradeMe or Facebook, nurseries or by plant scientists. In the last few years, investigators have seen a huge rise in incorrectly labelled plants and seeds purchased online that don’t meet import requirements. There have also been more successful seed and plant interceptions at the border by the International Mail Centre.

Seeds bought from overseas must be:
– on the Plant Biosecurity Index under the import specification ‘basic’;
– clean and dry;
– free from bugs;
– properly packaged, eg in a sealed packet;
– correctly labelled with the genus and species (the scientific name);
– declared on a Customs manifest.

A Hamilton woman, who had been importing seeds since 2002, pleaded guilty to three charges under the Biosecurity Act in August 2020 after selling hop seeds on TradeMe without obtaining the required import permit.

Parcels of other seeds she ordered, intercepted by BNZ, were labelled as gifts or small toys. The seed packets inside were either incorrectly labelled or didn’t display the scientific name of the plant. 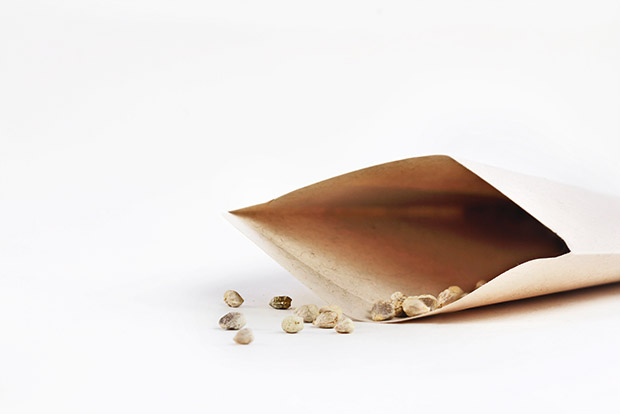 When investigators searched her home, they found more prohibited seed varieties and others that required permits and strict quarantine conditions for six months after sowing.

Result: $4000 fine (maximum penalty was 5 years in prison or a $100,000 fine). Mail intercepted, search warrant obtained for pensioner’s biosecurity breaches with seeds. Keep up with Biosecurity NZ’s Surveillance magazine, it gives regular updates on actions taken by its investigation team.

The International Mail Centre (IMC) notified MPI about a gardener who had received 11 packets of wrongly declared seeds from an importer flagged as a repeat offender. The gardener voluntarily surrendered several imported seeds that were in breach of import standards.

Tradescantia Pink Princess was offered for sale online. Investigators determined it was the banned T. fluminensis after checking its DNA. MPI informed the retailer that selling the plants was a breach of sections 52 and 53 of the Biosecurity Act.

More stories you might like:
How to grow vine tomatoes with string frames, mesh frames and cages

The retailer told investigators they destroyed all their stock once they were aware (through social media) that the plant couldn’t be sold in NZ.

A member of the public alerted MPI to a Facebook posting about someone growing illegally imported seeds. An investigation found that 44 packets of ‘edible seeds’ had been ordered from the Chinese online store Wish, but only one seed line sprouted. It was supposed to be sugarcane, but the plant that grew didn’t look like it.

The buyer sought advice from a plant hobbyist group on Facebook. Members warned of the biosecurity risk posed by imported seeds. 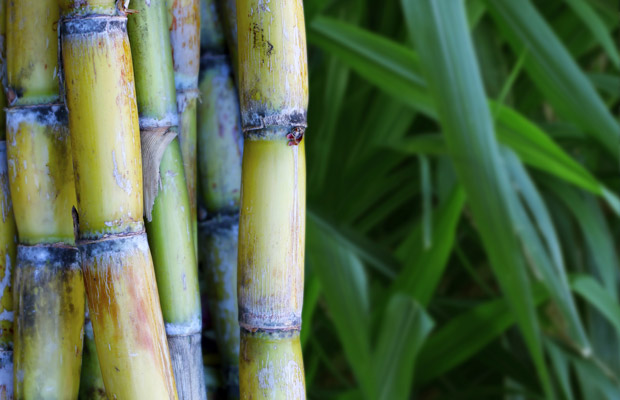 Investigators were told the packet description was in Chinese script, and the buyer was unsure what it said or whether botanical names were provided. MPI had warned the buyer before about other non-compliant seed imports that had been seized at the Auckland International Mail Centre.

The buyer’s explanation for planting these seeds was that “since they were delivered, they must have undergone biosecurity clearance at the border”. All the plants were destroyed.

A member of the public reported a TradeMe auction for seeds of the Chinese money plant (Pilea peperomioides). P. peperomioides is deemed a “new to New Zealand organism” under the Hazardous Substances and New Organisms Act 1996 and can’t be traded.

TradeMe withdrew the auction when it was alerted to the listing. An investigator who visited the seller at an Auckland property seized three plants. More information led to the seizure of 41 more plants from a Whangarei property and another five from a third property.

WHAT HAPPENS TO BAD SEEDS?

Biosecurity NZ investigators organise the destruction of packets of seeds, plants, and any potted plants originating from non-compliant imports. A first importation of non-compliant risk goods normally leads to an educational letter. Repeat or serious offenders can be prosecuted.

HOW ONLINE TRADERS ARE WORKING ON BIOSECURITY

In just four months in 2019, Biosecurity NZ looked at 18 seed-related complaints, including:
– bamboo, maize, strawberry, basil, and mint seeds purchased from the online shopping company Wish;
– Mexican sour gherkin seeds offered for sale on TradeMe;
– cantaloupe, watermelon, and radish seeds given to a NZ resident by a US traveller;
– lily, capsicum, blackberry, and chilli seeds purchased from AliExpress for a backyard business;
– pumpkin seeds infested with live insects. 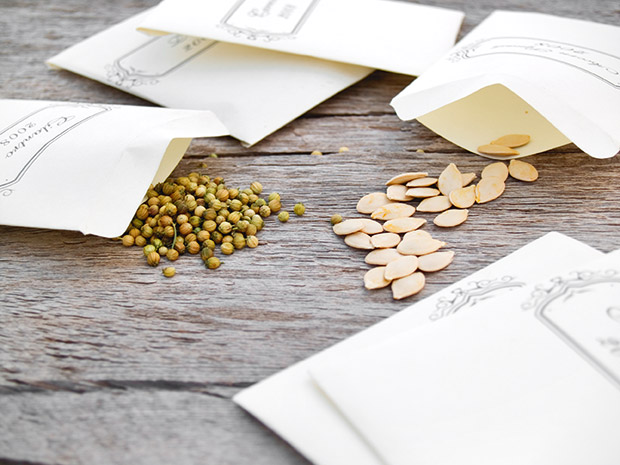 The Ministry for Primary Industries reports it now works with the New Zealand Alibaba team and Trade Me to remove international seed and live plant listings. In a 2019 issue of Surveillance magazine, MPI reported receiving excellent intelligence and co-operation from TradeMe administrators about import standard breaches.

Biosecurity NZ investigators have found some shoppers often mistakenly believe they’re buying from a local company when they read the currency is in NZ dollars or the domain name ends in ‘co.nz’.

If you’re considering buying from an online seller, carefully read the website’s ‘about’ and shipping details to ensure you know where the plants or seeds are coming from. They’ve found some buyers only realise the goods will be imported when a payment has been made. Even if they cancel the order, often the goods are still shipped. In 2018, a home gardener bought seeds online from a website with a New Zealand domain name, but the seeds were dispatched from Greece. Contact details on the website were for an Invercargill business with no association with the seller or any knowledge its contact details were being used.

Fortunately, the seeds were listed on the MPI database and passed inspection. However, a search of the website revealed seeds listed for sale that are banned in NZ, and species that require post-entry quarantine. The website administrators removed the affected listings and the fake contact details at MPI’s request. The domain name provider was also notified.

Seed raising 101: Everything to know about raising plants from seeds