Which lavender varieties to use in cooking 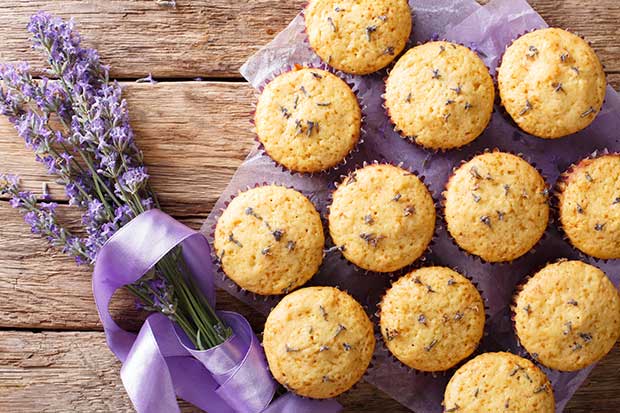 You can use lavender in sweet and savoury dishes, but there is an art to it.

If you’re cooking, use culinary lavender only. There are hundreds of varieties of lavender, but many are specifically grown for their excellent oil properties, not for eating. The best edibles are English lavender varieties (Lavandula angustifolia) like Hidcote, Munstead, and Lady.

You can use lavender in sweet and savoury dishes, but there is an art to it.

In sweet dishes it can quickly become over-powering so it’s best to start with a small amount and then add more next time as too much will cause it to taste bitter.

One option is to flavour an ingredient like sugar.

You can use fresh or dried lavender flowers; try a ratio of five to six parts sugar to one part lavender, then leave for 2-3 weeks, shaking the jar daily. Do a taste test before use to see if it’s too weak or strong for you. Lavender-infused sugar goes beautifully in recipes that use honey, lemon or dark chocolate, andi n custard or creamy desserts like crème brulee. 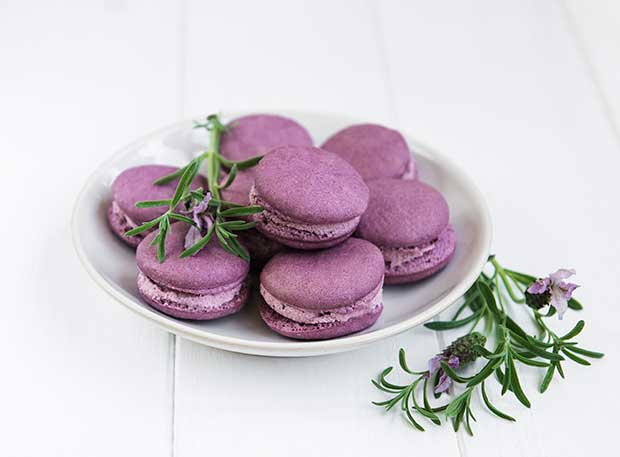 Another option is to add it to any liquids in a recipe that require gentle heat, then strain it out, for example ice cream.

Add approximately 3 tsp of dried lavender flowers to a one loaf bread recipe to flavour it, or substitute lavender for rosemary in bread.

TIPS
◊ Don’t use lavender from florist shops – you want culinary lavender, preferably an organic source.
◊ Pick flowers (and 15cm or so of stem) first thing in the morning, after dew has evaporated – the fresher the flower, the better the flavour.
◊ Keep flowers in water until you are ready to use them – check for bugs, dust etc.

If you already have a recipe that adds rosemary to a pork or lamb roast, Elsie Hall recommends adding a couple of fresh lavender flowers.

UK star chef Gordon Ramsey likes it too: he adds a few lavender flowers to apple sauce to infuse into it as it cooks, sieving them out before serving. Google ‘slow-roast pork with apple and lavender sauce’ to get his recipe.

A selection of rosemary, mint and lavender sprigs can be rubbed over lamb or chicken before you cook it. To enhance roast lamb, crush four garlic cloves and six lavender sprigs in a bowl or mortar and pestle, then mix in 100ml of olive oil. Rub all over a leg of lamb, then wrap in plastic film and leave in the fridge overnight. Cook the meat as per normal.

Spice up potatoes by adding one part dried lavender flowers to 10 parts coarse sea salt, then grind for an unusual but lovely seasoning on hot new potatoes.