Why clean water is the key to healthy birds 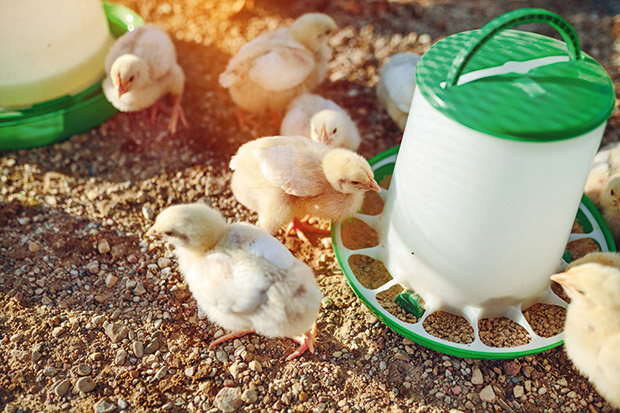 Water is the number one nutrient for poultry, and it’s crucial to keep it clean.

Water is an essential nutrient in the poultry diet. It’s also what birds use to cool their body temperature, as like dogs and pigs, poultry can’t sweat.

Birds need clean, fresh water every day in a clean container. A good test is to ask yourself if you’d drink it.

9 THINGS TO KNOW ABOUT POULTRY & WATER

Ideally, raise waterers off the ground so birds can’t contaminate it by standing or pooing in it. However, ensure that all birds can access it, especially short ones such as young chicks and bantams.

Dirty containers, puddles, and ponds are likely to contain disease-producing microorganisms and parasites which thrive in shallow, muddy, usually warm water. Risks to birds include:

It’s critical to fill in puddles and improve drainage so birds can only drink what you provide.

Feed and water consumption are closely correlated. If birds don’t have access to feed, they’ll drink very little. If they don’t have access to water, they’ll eat very little or nothing. That’s why checking water levels each day is important as it’s a clue to bird health. Birds drinking a lot will also be eating a lot; birds not drinking a lot won’t be eating much either.

Poultry typically drink twice as much as they eat by weight, and layers can drink much more. As the air temperature rises, the ratio of water to food they consume goes up.

More stories you might like:
The hierarchy of the chicken coop and how to stay in charge of the pecking order 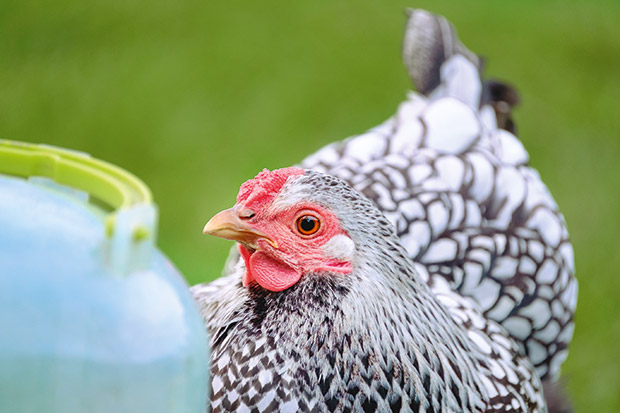 Chickens prefer a water temperature of around 13°C. If it’s hotter or colder, they’ll drink less. If it goes above their core body temperature (40°C) they’re likely to stop drinking altogether.

Place waterers in the shade in summer, to keep them cool, and reduce the chance of fungal or bacterial toxins growing inside, or biofilm forming.

Poultry do have a keen sense of taste and prefer water that’s slightly acidic. Their tastebuds – mostly on the roof of the mouth, with a few on their tongue – can pick the foul taste of some algae and bacteria.

• soaking a small piece of bread in the correct dose of the product and a small amount of water, and feeding that to them;
• flavouring the water with something, eg cranberry juice, honey.

Don’t force a bird to drink as it’s very easy for it to go down into their lungs.

Lack of water slows chick growth and reduces egg production in hens. An adult hen deprived of water for 24 hours will take at least three weeks to recover and return to peak egg production. If left without water for longer than 36 hours, she’s likely to moult and stop laying for at least two months. Some birds never lay again. 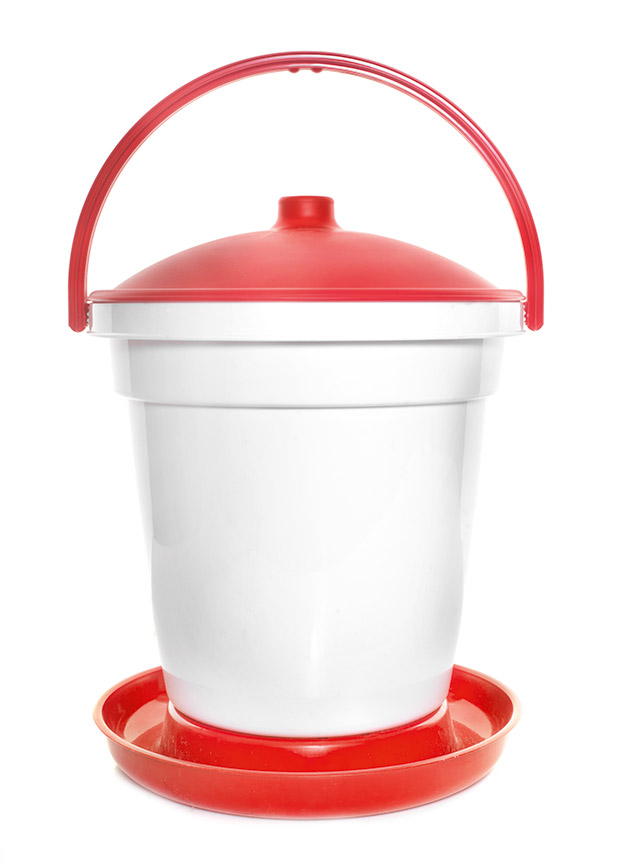 You should clean equipment once a week or more often if required.

Dirty water and algae are easy to spot, but one of the biggest contaminants is invisible.

Biofilm is a slick, slimy coating that builds up on the inside of waterers.

It’s a layer of microorganisms that stick to each other and the surface of waterers and pipes. It traps organic matter and encourages the growth of bacteria such as E. coli and salmonella.

The first step is to scrub off all organic matter from the surface, such as stuck-on feed, algae, and biofilm, and then wash with a detergent. To remove biofilm, soak in a diluted mix of water and hydrogen peroxide (as per the instructions) or water and chlorine. 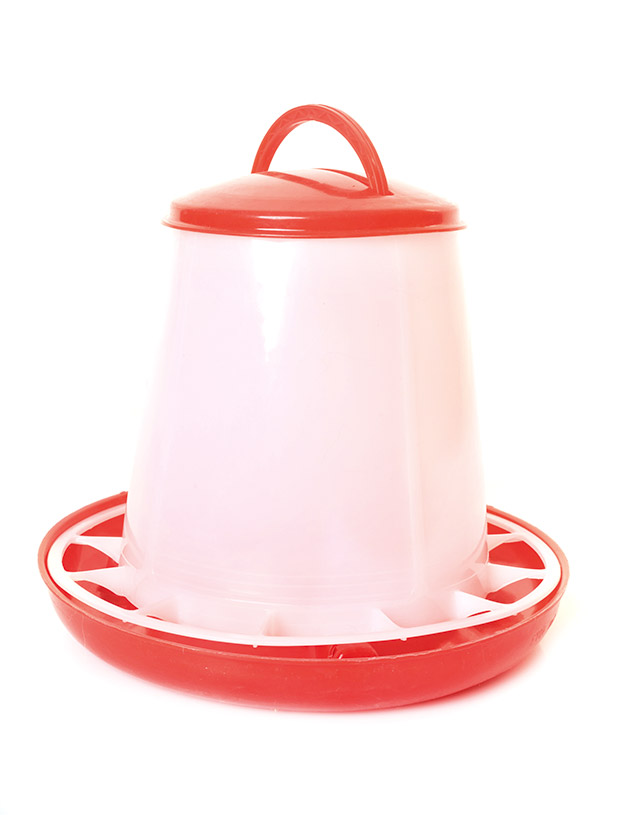 Ideally, leave them to dry for at least 24 hours.

Algae, bacteria, and biofilm can build up inside pipes, nipple drinkers, and mini cup drinkers. It’s best to fill them with a sanitiser and soak the insides of the pipe and drinkers, then flush it out. Some commercial poultry farmers add a blue dye to the sanitiser so they can ensure it’s thoroughly flushed out before using the watering system.

Water that’s high in iron doesn’t affect poultry health, but it will stain equipment. You may also see iron bacteria, which can clog pipes and fittings such as nozzle openings, and may contain other pathogens.