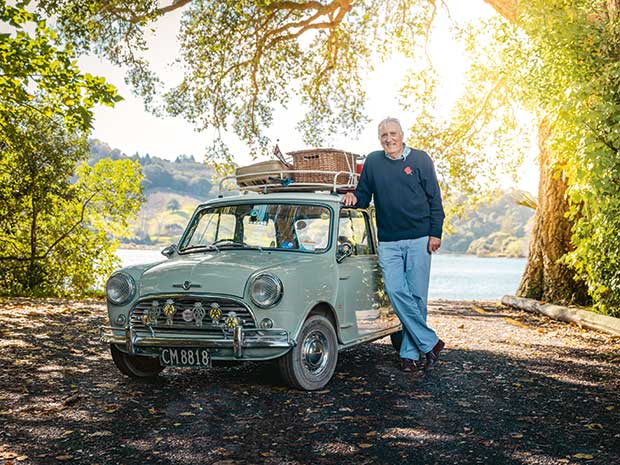 The big and little of it: Dave and Ernie, his much-loved Mini.

An icon of the swinging 1960s, the Mini was revered as a new approach to compact-car making. It still enjoys an almost saintly status — just ask Dave Cotty.

It is ironic that someone who sailed big ships on vast oceans should now be tootling around a small country in one of the world’s tiniest cars.

In the 1970s, former Navy seaman Dave Cotty left England with his wife and children and came ashore in Aotearoa. With him came a beat-up Morris Oxford, which was then quite modern for New Zealand.

But it was Minis for which he had always had a soft spot — although he’d never been able to afford one — so he was happy to find the company car offered by his new employer, Maritime Services, was a red 850cc Mini. No matter that Dave was lanky and the car was squat — as far as he was concerned, they were a perfect match.

In those days, company cars weren’t the perk they are now — vehicles were parked at work and used within work hours, never driven to and from home. So, after hours, Dave continued to feed his Mini mania first with books and then the internet. And it was on the web five years ago via Trade Me that Dave finally fulfilled his Mini madness.

There, in Wellington, was a car genuinely worthy of hankering after — a 1962 Mini Cooper. 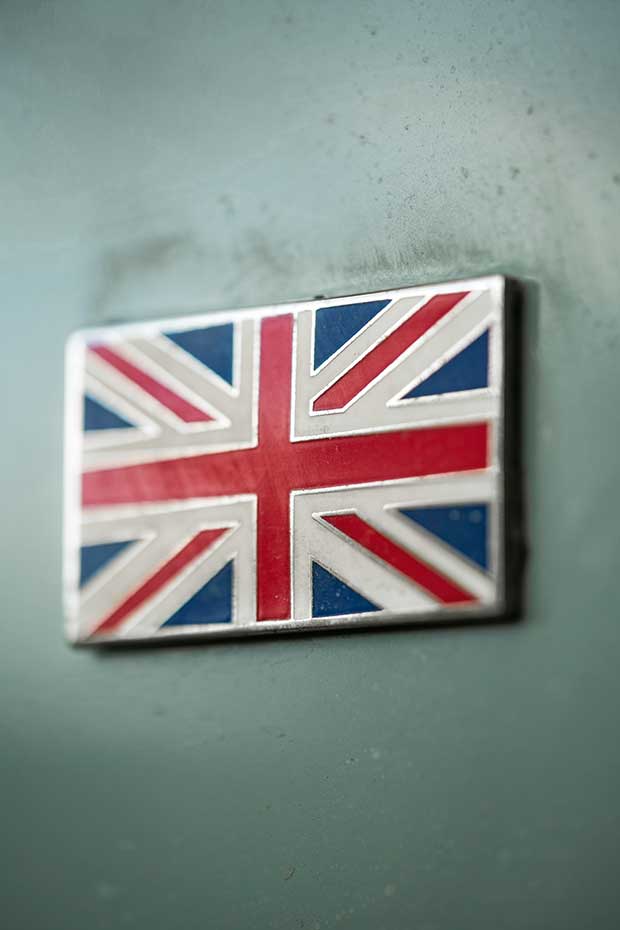 Believed to be one of the first of its kind imported to New Zealand, it was just a few months off the production line when it was bought by a Wellington doctor.

In those days it was hard to get a new car — the buyer had to have overseas funds and pay half before the vehicle was shipped. A Mini would also have been quite a head-turner when it first hit Wellington’s streets as motoring legend Bruce McLaren was then racing the marque, fueling its profile.

More stories you might like:
Water cooler: the boss on a fox, a film about fashion and trying Onggojip

So while Dave was on his way to New Zealand via the seven seas, and later working and living in the United States, Australia, Mozambique and Tanzania, his future vehicle was pottering around Wellington, eventually getting as far as Whanganui where it had several owners until it was retired into a shed for nearly a decade. 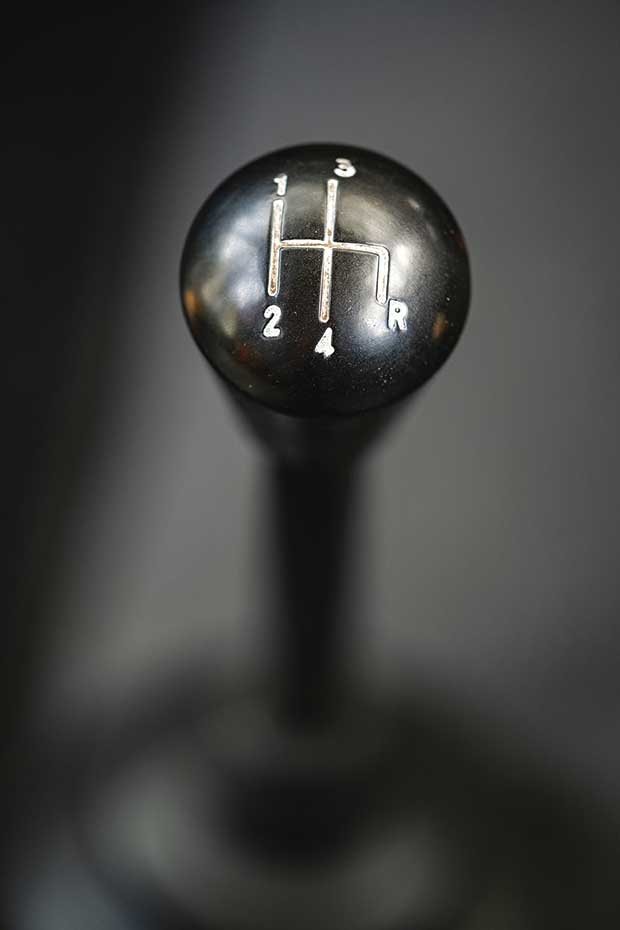 It wasn’t lost, just a little bit scruffy and forgotten and, eventually, it was retrieved, restored and returned to Wellington.

Dave flew to the capital to have a look, heart in mouth as he so wanted the car to be his. A fully restored Mini was a find; Dave bought it, flying back to Wellington from Auckland a second time to pick up the vehicle and drive it home.

By then, it had become Ernie, named by Dave for former British minister of transport Ernie Marples. Dave and Ernie the Mini hit the road on a journey that would rack up nearly more kilometres in one trip than the little car’s previous owner had done during his five-year ownership.

There were a few embarrassing gear crunches in the beginning. The rain poured down; the wipers were so slow as to be almost useless. The notoriously unreliable Lucas “Prince of Darkness” headlights had less luminosity than Dave’s Maglite. And noisy… Dave had forgotten how loud the little cars were. But Dave and Ernie were happy. Dusty, road-worn — it didn’t matter. Dave loved his new wheels and remains incredulous that Ernie had been sold by its previous owner to buy a Lotus.

Once safe in his garage, Dave continued the restoration to make Ernie as original as possible. The mechanical side was easy. There is an entire industry geared around spare car parts, original and reproduction, so they were not hard to find.

It was the bling that took longer. Dave had Ernie’s original registration papers and a printout of the original number plate — 471 278. 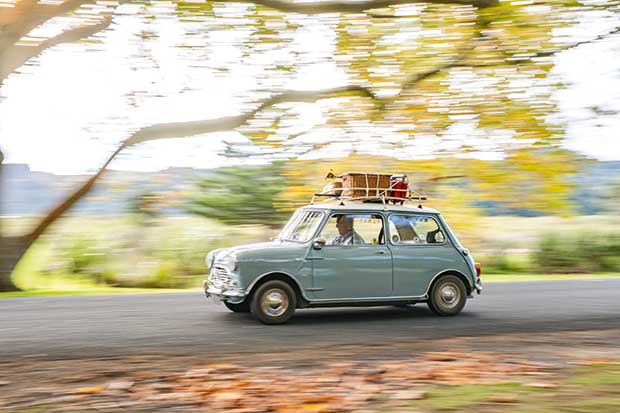 What took longer to find were accessories that Dave considered “Ernie-worthy”, such as a roof rack and 1960s storage box, a Bakelite radio, a wicker picnic hamper, maps and travel guides, and recently — to some in his family’s consternation — an old Pedigree pram with sunshade and genuine rusty mudguards.

There was a little confusion when Dave attempted to get Ernie’s heritage certificate. Mini Coopers were originally called Austin Mini Coopers or Morris Mini Coopers until Mini became a marque in its own right in 1969. The obvious difference between them was the badge and grill.

Ernie, purportedly an Austin Mini, had a Morris badge and grill on arrival in New Zealand. There was a bit of toing and froing between Dave and British Motor Heritage, and it was decided eventually that perhaps the confusion was deliberate, a long-ago prank by the factory workers. 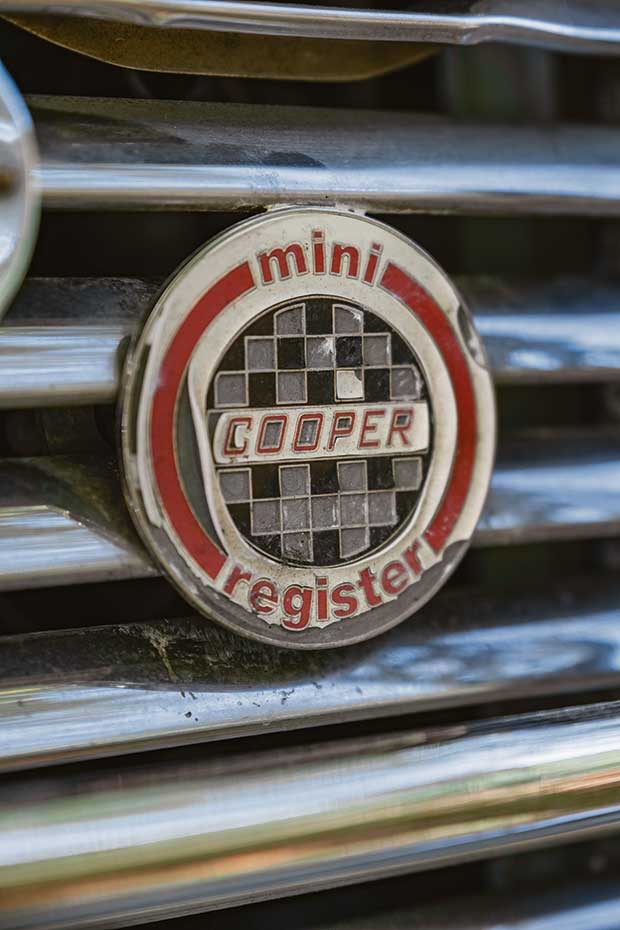 Dave loves driving Ernie. He relishes how nimble the little car is, how easily it takes on winding roads, slipping around the corners, so well balanced that Dave doesn’t have to brake.

He drives Ernie how the car was meant to be driven, confidently relying on the transverse engine planting weight over the front tyres, giving excellent traction and grip. He’s become adept at reaching under the bonnet and into the engine bay to pull over the handle that turns on the heater.

Ernie is dusty, he hardly ever gets a scrub. He doesn’t have an alarm system, merely a sticker saying Do Not Touch. He heads out with Dave two or three times a week, leaving Dave’s more modern SUV glowering behind.

Like all relationships, it’s not always plain sailing (or driving as the case may be). Returning from Rotorua two years ago, and close to home, there was an ominous clunk, clunk, clunk from the engine bay. This was the gearbox destroying itself and the crankshaft and in the most inconvenient place — halfway across Auckland’s Harbour Bridge. And to add to the indignity, Ernie and Dave had to be pushed to safety by the police.

In recognition of this embarrassment, the duo won the Biggest Disaster of the Year prize at the Auckland Mini Club. That accolade is not the only award won by Dave and Ernie.

In 2015 and 2017, they collected the oldest car and driver prize as entrants in the Pork Pie Charity Run, an event to raise funds for KidsCan. The rally is based on Goodbye Pork Pie, the 1981 film based on a madcap journey from Kaitaia to Invercargill made in a bright yellow Mini. 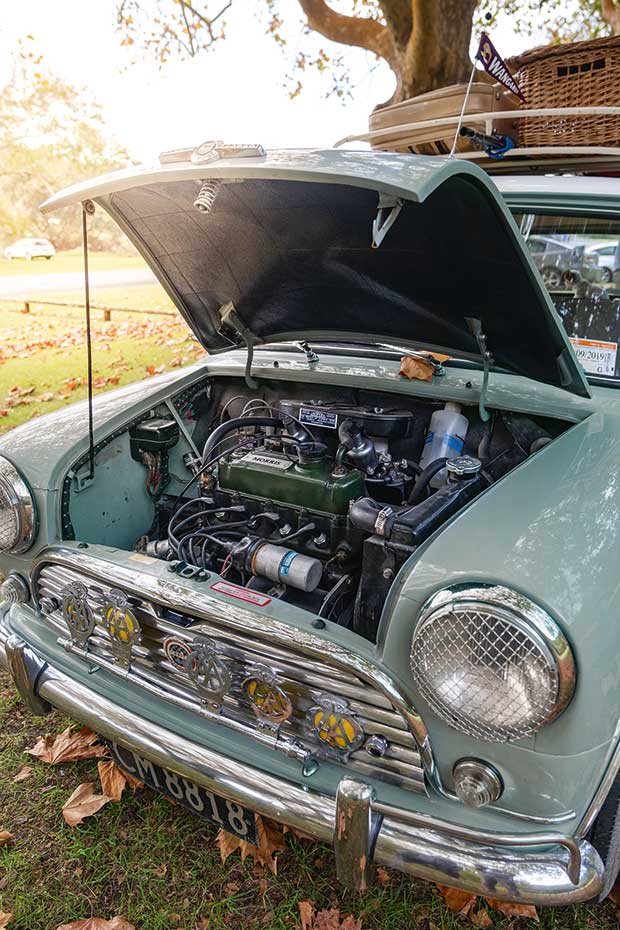 Dave would have taken part in the rally in April this year as well, only he wasn’t paying attention on the day entries opened and all places were sold out in 20 minutes.

It can be hard yakka, though, that rally. The driver and co-driver should be compatible; being cooped up in a Mini for about a week can strain relationships to breaking point, says Dave.

He also has an old MGA sports car, but he remains smitten with Ernie. What other car, he muses, offers so much fun, pleasure, history and frustration all wrapped up in the one little package? Ernie will never win a Concours comp, where prestigious vehicles are displayed and judged.

He seldom gets cleaned as he lives on a gravel road, but he brings smiles not only to his driver but also to everyone he comes across.