Kenmore Farm is nestled in the picturesque Moutere district. From the Chisnall’s property you get extensive views of the Kahurangi, Richmond and Abel Tasman Ranges. From left, Jane, Thomas, James, Grace and William.

This busy lifestyle block owner is a music teacher, hoof practitioner and lavender grower which is why she went for the easiest sheep of all.

There’s a senior Airedale Terrier and a lively heading dog which greet you at the gate of Kenmore Farm. 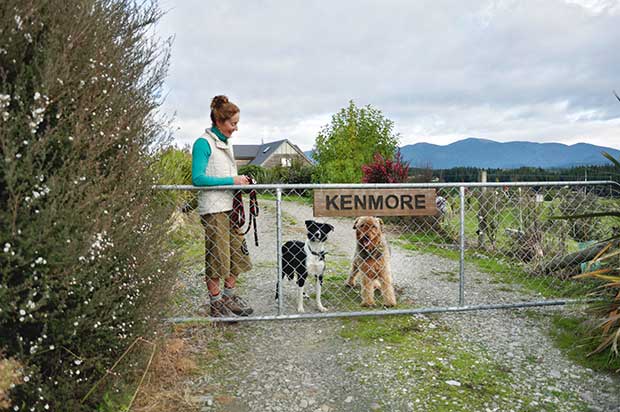 Kenmore was a farm name brought out from Scotland by Jane’s ancestors in the 1800s.

Angus and Dash happily escort you through lines of pink and white manuka and other native plants as you make your way along the driveway to their family’s home. Jane Penno-Chisnall and husband James moved to the Nelson region 15 years ago.

“On our second weekend we took a drive out to the Moutere region and fell in love with the area. When we found ourselves in a position to purchase some land seven years ago, we came across the picturesque piece of land for sale that we had driven past 14 years ago. It just seemed meant to be.” This is a busy family. James is a rural GP, based 15 minutes away in Motueka. Children Grace (11), William (9) and Thomas (5) are at school. Jane works part-time as a music teacher, fitting that around her busy schedule as a hoof practitioner. She keeps her client base small, with clients’ horses on a 5-6 weekly trim regime for optimum hoof health. There’s also her passion for culinary lavender, which she sells locally, she’s secretary for the local horsemanship group (Unity Equestrian), and helps with the school hockey team. 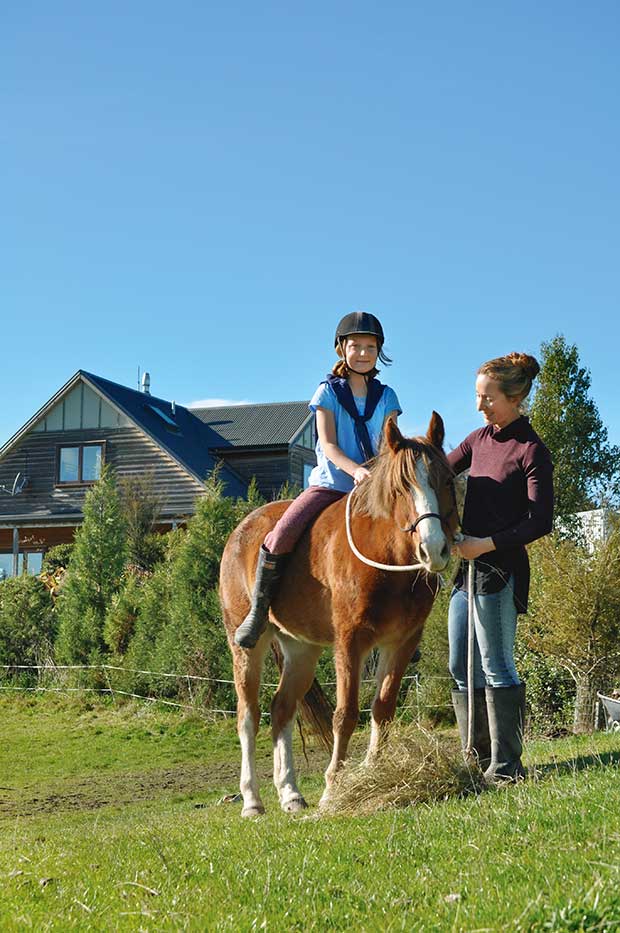 Grace and her mother share a love of horses.

That’s why having an easy-care breed of sheep was important to someone who grew up on a sheep and beef farm in mid-Canterbury. “Fortunately, there are many things that you never lose, like working with stock and having an eye for anything untoward.” Jane runs two flocks of around 50 Wiltshire breeding ewes, and two rams. Wiltshires are raised for their meat. Those with good genetics naturally shed their coat from spring onwards, making them less at risk of flystrike and less work than other breeds. 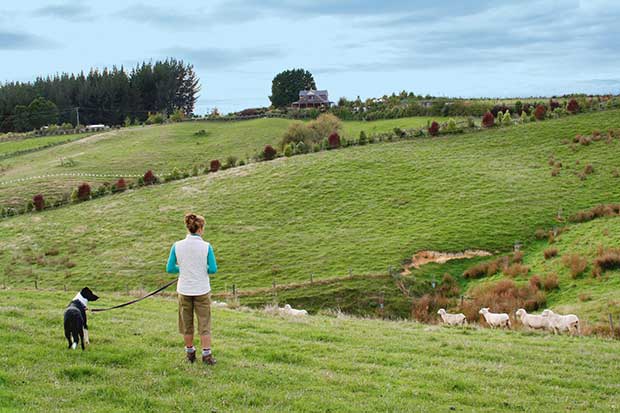 A WILTSHIRE’S ABILITY TO SHED CAN BE AFFECTED BY: 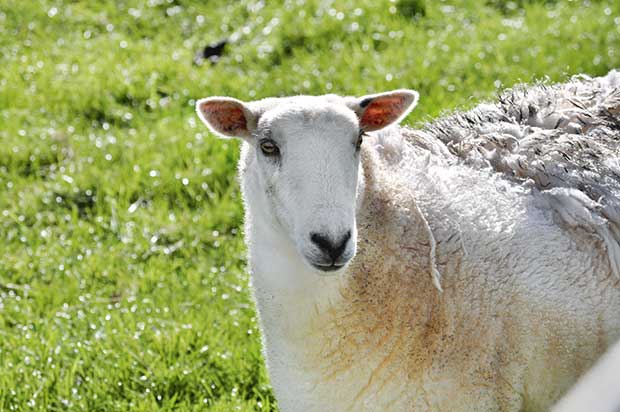 Wool is shed in spring.

“Make sure your Wiltshire come from stock that are shedding their wool. Ask to see the breeding ram used and the ewes. If your Wiltshire is not showing good signs of shedding by six months of age, then there is less chance that it will fully shed. “However, I have had several ewes that kept some wool on their backs but by the time they reached three years old were fully shed.” There are other reasons Jane enjoys working with this breed. “They tend to be more resistant to worm burdens and flystrike and, unlike cattle, sheep are kinder on the land while being a smaller animal to manage. Once you have their trust, they are very easy sheep to work with. 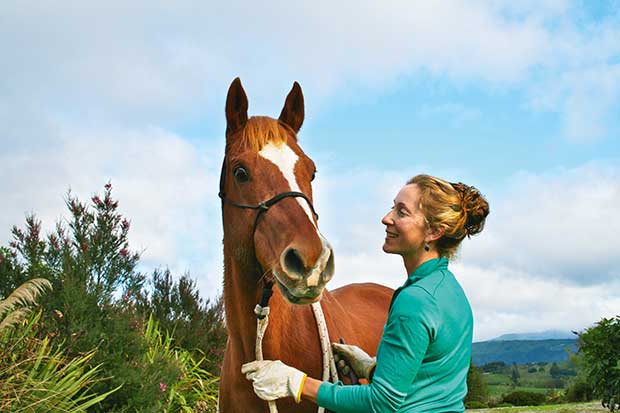 “They are quite intelligent and consequently have a strong positive and negative association memory, so you need to make associations as positive as possible. A good example of that may be when they go to the yards, they might be fed instead of drenched or vaccinated. I use a ‘call’ whenever I need to shift to new grass – they always come running now because they know that call. They make the most wonderful pet sheep.”

Care of the Wiltshire is the same as any normal breed says Jane, just easier. “They can do well on slightly poorer, drier country and this is important for us during summer months. We administer annual 5n1 vaccinations for protection from blood-born diseases, and worm drenching, but some of our ewes are down to once a year, which is prior to lambing.”

4 THINGS TO KNOW ABOUT WILTSHIRES The Wiltshire is a traditional meat breed.

• They have short white hair on their heads, bellies, legs and bums instead of wool.
• Make sure your Wiltshire come from stock that are shedding their wool – ask to see the breeding ram.
• Their wool biodegrades into the pasture so there’s no need to pick up wool that has shed.
• Unusual weather patterns may affect a Wiltshire’s ability to shed their wool but they should be shedding by 6 months of age.

DASH BY NAME AND NATURE 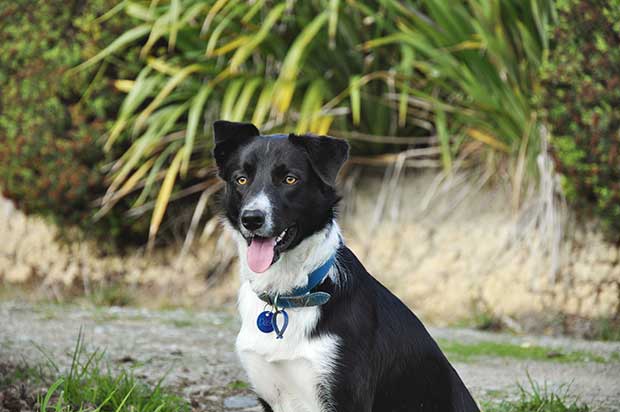 Dash is a heading dog – short-haired border collie cross.  Jane says she finds herself using the same words as her Canterbury farmer father when working with Dash. “Dash has quite a strong eye, so I need to be very clear of my expectations of her when out working sheep.” Dash is still young and learning so Jane has her on a long lead, to help curb any over-enthusiasm.

The goats are smart and Jane has a trick up her sleeve to manage them: food 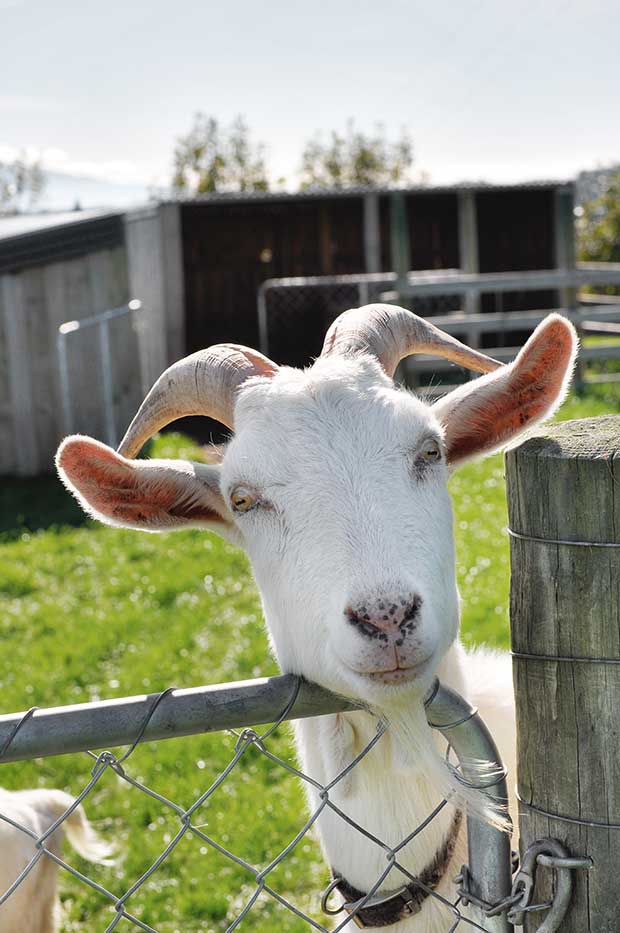 Rosemary, Mildred, Spice and Scarlet provide the homegrown milk for Jane’s feta cheese and yoghurt. She includes her cheese in her cooking, if it doesn’t disappear beforehand. Feta stored in olive oil, peppercorns and culinary lavender is a favourite. “It never lasts very long in the fridge!”

Jane used to have a bigger herd, but with the change in the laws regarding the production and selling of raw milk, she now focuses on producing only enough for the family. She chose Saanens as they generally have a very good supply of milk and are easy to train, especially when hand-reared. Jane says that the goats are very similar to sheep to care for. Goats and sheep always graze separately and never over the same areas, to avoid worm burdens.

However, they are smarter and she keeps a few tricks up her sleeve when handling them. Fortunately, they respond well to food and this is usually enough to bribe them to do what she wants. Goats like a wide range of forage. Jane’s get grass, hay, tagasaste (tree lucerne), willow, palatable weeds and prepared pellets. 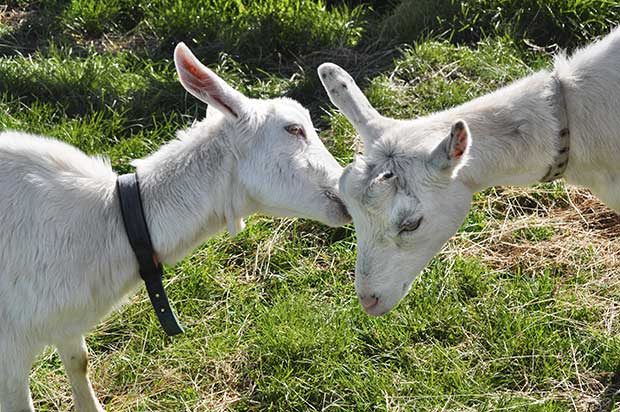 There’s also shelter for when there are adverse weather conditions. Goats don’t like getting wet and, unlike sheep, do not have a layer of fat under their skin and get chilled quickly.
“One advantage of goats is that they are very kind on pasture and don’t eat it right down like sheep do. A paddock that goats have been in, when rested, will come away a lot faster than if you have had a mob of sheep grazing it.” 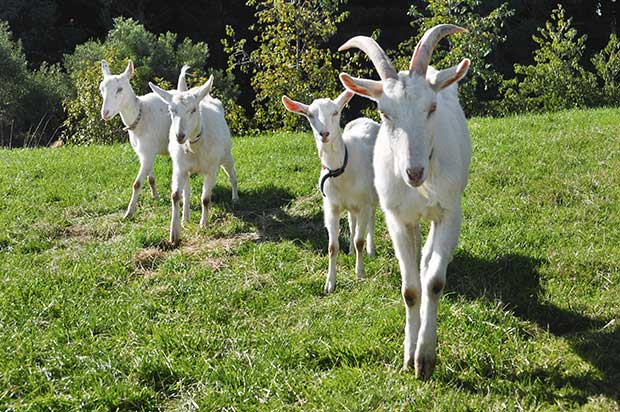 Jane’s goats and sheep never cross over into each other’s paddocks, an important management technique. “Goats will pick up the same worms as sheep, so can’t be used as cross-grazing companions.”

ADDING THE FLORAL TO FOOD 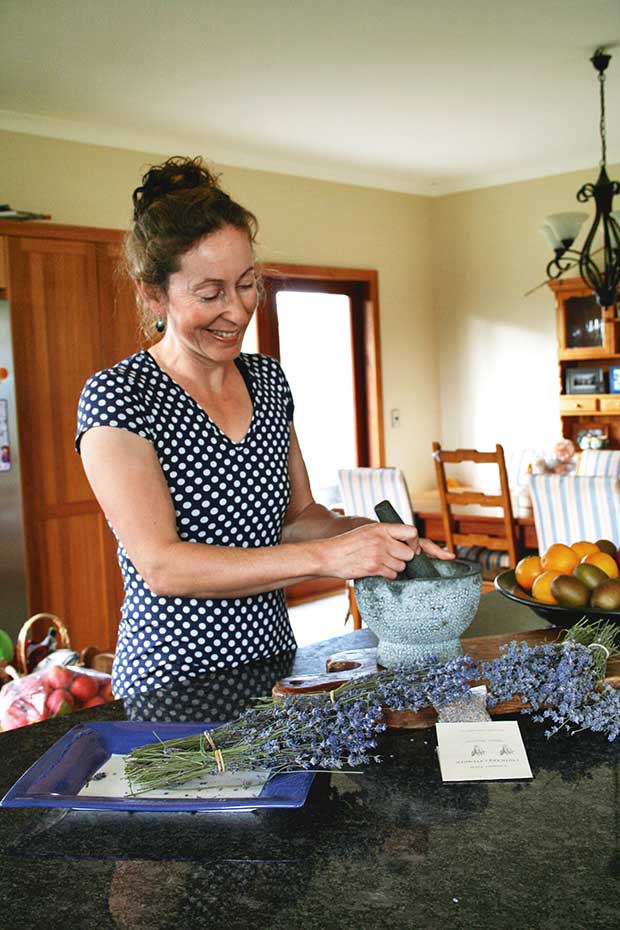 The Kenmore Farm kitchen’s large granite bench doubles as a work area for the lavender business Jane has run for several years.

Culinary lavender can be used in a variety of recipes, including savoury and sweet. Culinary lavender is naturally low in camphor compared to other varieties, and imparts a delicate floral undernote to dishes.

Jane sourced her culinary lavender from a Wanaka supplier. It’s one tolerant to their dry conditions and clay soil and easy to manage off-season. Flowers are harvested before the bud fully blooms, to preserve as much of the essential oil as possible. It is then dried in small bunches, stripped and packaged into bags. 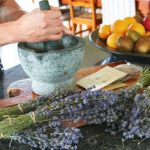 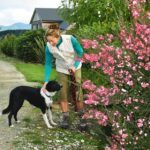 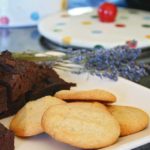 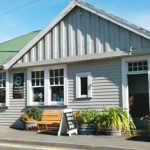 Jane sells her products at the Old Post Office store in Upper Moutere.

“We love to sell our product through The Old Post Office, our local Upper Moutere country store which is located in the village. It is wonderful to be part of such a vibrant, artisan community that support and encourage one another.”

Lavandula angustifolia varieties are the ones commonly used in drinks, cooking and baking. However, the best test is a taste test. Try a bud and see how it tastes to you. If you like it, you can safely include it in a recipe.