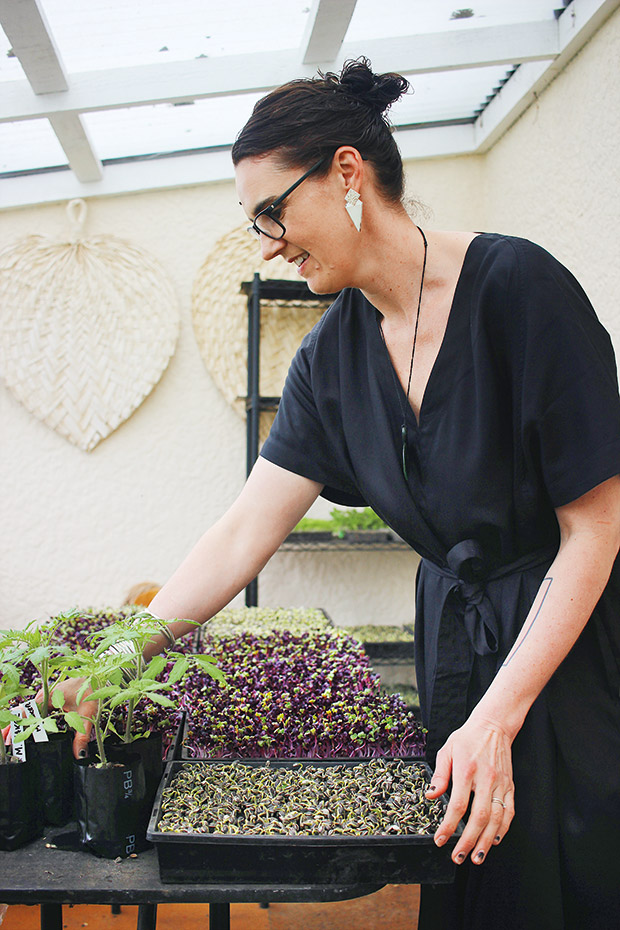 Skye Macfarlane and Jed Tweedie ditched life in the middle of Auckland City for a remote block, self-employment, and an organic market garden with a million dollar view.

The Vern Paddock Project is perched on a ridge on a windswept hill looking out over Otago Harbour. It has possibly the best view of any certified organic market garden in NZ.

It’s home to naturopath Skye Macfarlane, her husband Jed Tweedie, and son Fred. We’re speaking with Skye two days before Jed is due to leave his job as an engineer for Fisher & Paykel.  “He’s going to be a full-time farmer, and I’m so excited for him. We’ve been working on this coming up two years – it’s taken that long to build up everything.” 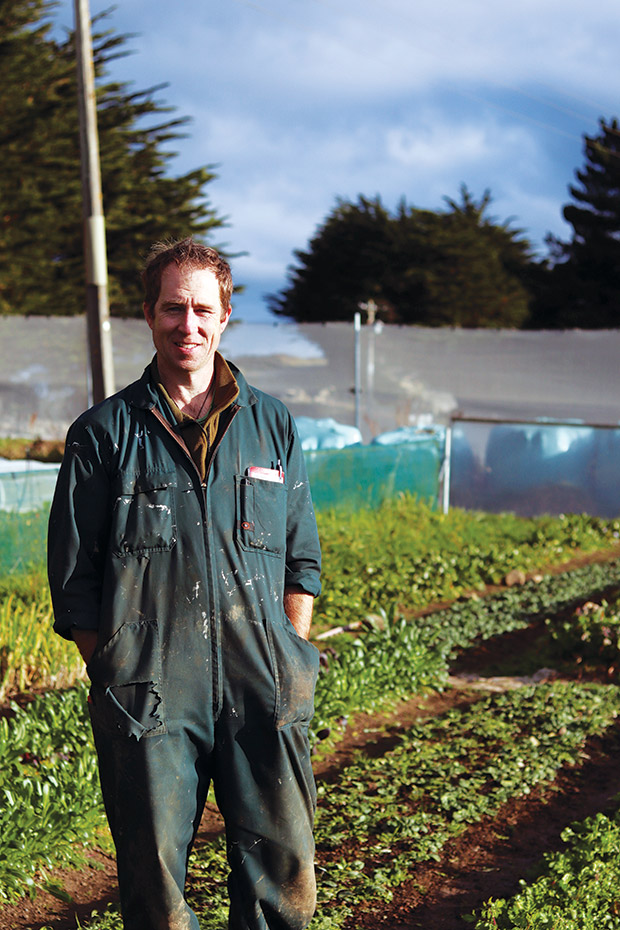 “Thursday night, we’re processing microgreens and we finish at 11.30pm,” says Skye. “Friday, we’re up at 5.30am picking lettuce. It’s some pretty big days, so I’m hoping this means we’ll get back a little time at the weekends, but I’m probably kidding myself.”

The couple spent five years living in Auckland while Skye did a degree in naturopathy and then worked in the health industry. “Jed isn’t a city person, and unbeknown to me, he’d been looking on TradeMe and found this place. I was like, ‘sure, we can live in the country’, not thinking it would ever happen.” FredFred Small Human Food came about when Skye started Fred on solids. She couldn’t find anything with an emphasis on nutrient-dense ingredients.

“When I looked at what was on the supermarket shelf, the products were absolutely amazing for convenience, but none had fats for brain health, gut development, or for fullness.

“And most baby food has a lot of fruit in it, which gives sweetness as that first taste preference.” Her vegetable-based range is designed to get a baby’s palette used to a variety of flavours, including bitter. They’re sold frozen in resealable packs in local organic stores and will soon be in her local supermarket. A couple of cafés also have it on their ‘baby’ menus.

The move to the country and self-employment means Fred has the life his parents dreamed of for him, and themselves. “Fred has grown up with a whole lot of space and land. If we were still in Auckland, he would have missed out on this opportunity.”