Jodi Roebuck has been mob grazing sheep for more than 10 years.

Regenerative grazing, also known as mob grazing, mob stocking, and high-density grazing, isn’t new. It mimics the way herbivores behave in the wild, grazing close together because of predator threat and quickly moving on.

Jodi Roebuck has been mob grazing sheep on his block and neighbours’ paddocks for 10 years, and he’s a staunch proponent. He’s well known for his intensive organic garden operation, which sits on a flat area. The rest of the block includes some steep hillsides, so he chose to run sheep to protect the soil and waterways. Jodi is world-famous for his biointensive market garden, but he also farms sheep. The sheep only graze long grass. They leave behind a thick layer of crushed stems, mixed with lots of manure. Photo: Jane Dove Juneau.

‘Grass grows grass’ is the regenerative grazing mantra. “The goal is to keep everything photosynthesising,” says Jodi. “(The sheep) fly over the top and leave half (the grass)”.

The key principle is impact, then rest. He generally moves the mob every day – sometimes twice – onto fresh pasture. They leave behind a thick layer of trampled grass, urine, and larger than normal amounts of manure thanks to their highly fibrous diet. The sheep won’t move back onto the same area for about 90 days when it’s warm. In fast-growing spring conditions, that falls to 35 days, but the pasture isn’t grazed as hard.

There are multiple benefits. Regenerative grazing done properly prevents critical source pollution. Herbivores instinctively eat their fill on the lowlands then rest on the ridges. Jodi uses permanent fencing, races, and electric netting to contain his sheep in small paddocks, so they can’t camp in one spot for longer than a single afternoon or two. It means there’s no concentration of manure that could wash into waterways. Instead, it’s a distributed fertiliser that grows more grass. 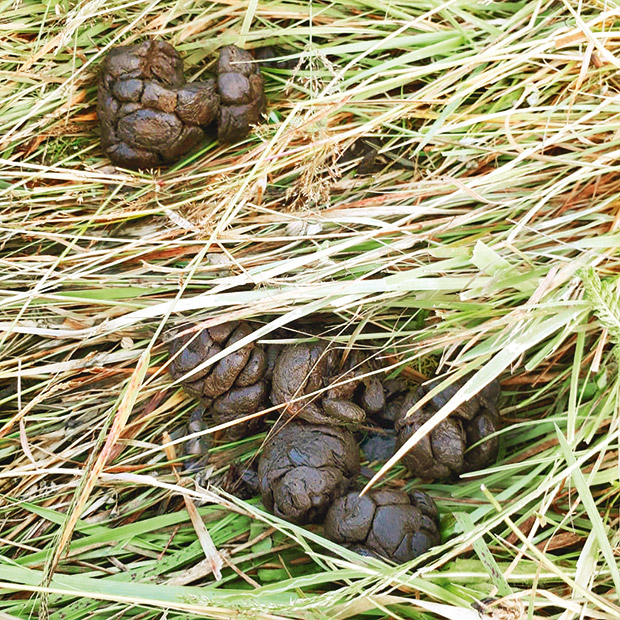 He no longer needs to cut hay. This method means there’s feed growing all year round. There’s no erosion or soil damage. The dense sward of diverse perennial pasture plants protects the soil, preventing the sheep’s hooves from sinking into it, causing pugging.

The Roebuck mob also graze in places where most sheep are banned, such as under trees (once they reach a certain size). The key is they only go into the area for one day.

“One sheep in there for 90 days would take all the bark off all the trees, selectively graze and make a complete mess.”

Managing the sheep this way benefits the land and waterways, but the sheep also thrive, says Jodi. “No facial eczema. No flystrike. No foot problems. None of the interventions you’d need on a conventional farm.” 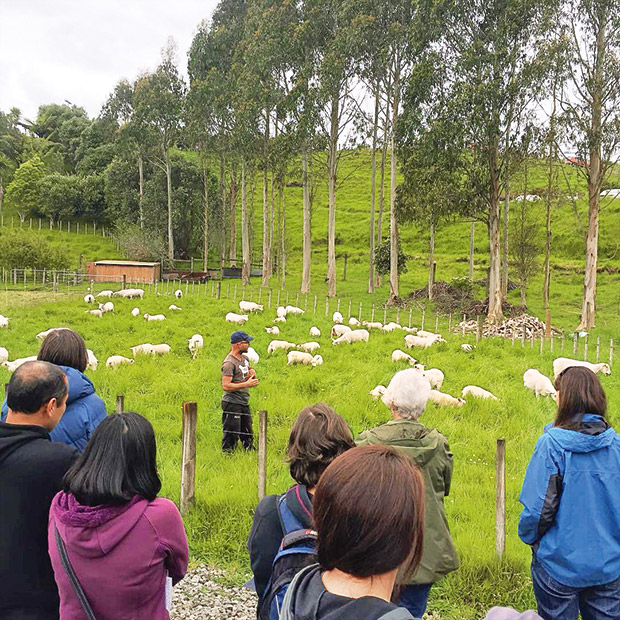 He currently has 30 breeding ewes. Good breeding practices, plus consistent, high-quality feed means good fertility. His lambing percentage was 170% in 2020, and his ewes all lamb in a very short, 13-20 day window. That makes it easy on Jodi work-wise and better for the lambs – he says late lambs never do as well.

Notably, his ewes are productive for twice as long as a conventional farmer might expect. One of his best ewes just retired aged 13, having produced excellent sets of twins even at ages 11 and 12.

The results are there to see from a distance too. The Roebuck pasture is an oasis of green in summer, even when all around it is brown and dry.