Can chickens and turkeys live together? How to tackle blackhead 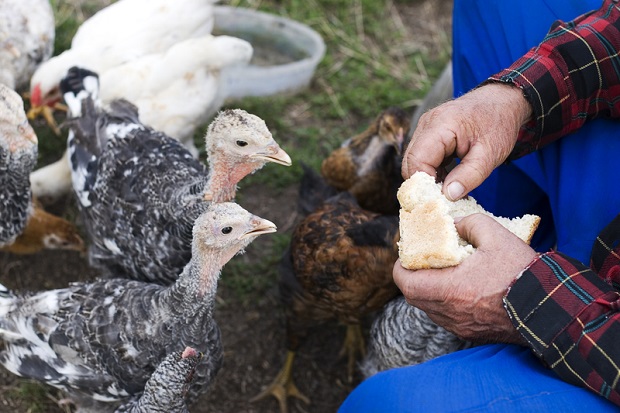 The most fatal disease in turkeys is passed on by chickens, which can make the hen house a deadly place for your gobblers.

Birds of a feather may flock together, but they all will share diseases. The big one for turkeys is blackhead, an almost-always fatal disease that chickens are mostly immune to, and pass on.

Birds share lots of diseases, like salmonella and coccidiosis. However, there are often different strains within those diseases, some of which are only likely to affect the chosen species. For example, the variety of coccidiosis that affects turkeys doesn’t affect chickens and vice versa.

WHY BLACKHEAD HAS A BAD NAME

The main culprit in the “you can’t keep chickens and turkeys” story is blackhead, caused by a parasite called Histomonas meleagridis.

Both chickens and turkeys are affected by the disease, but it’s severe in turkeys where mortality can be 80-100 percent as they have little or no immunity to it, vs chickens which do.

Scientists used to think blackhead didn’t affect chickens at all but this has been found to be wrong. It can cause severe liver lesions, and secondary bacterial involvement can cause moderate mortality rates, especially in young pullets. Egg production will be affected in layers, growth rates will be affected for at least four weeks, and the birds will be carriers for at least six weeks. The mortality rate is around 10 percent. 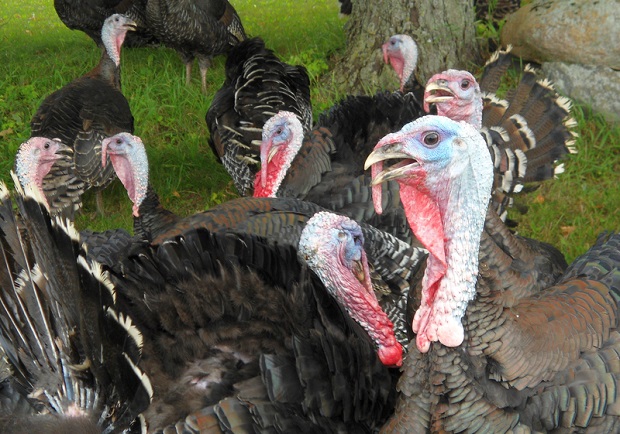 Blackhead is most commonly contracted by turkeys when they eat earthworms which were infected with histomonas eggs. But scientists now know it can also be passed on via ‘cloacal drinking’. This is where a turkey sits down while resting on contaminated faecal matter. The pathogenic protozoa are then drawn into the digestive tract through the cloacal drinking process and migrate to the caeca, where infection occurs.

Outbreaks of blackhead in turkeys can be severe and widespread 7-12 days after infection, with high morbidity (incidence), depression, and high mortality.

1. Worm your chickens
Regularly worming your chicken flock to reduce the occurrence of the heterakis or caecal worm – which carries blackhead – will help prevent outbreaks. Worming with a flubendazole anthelmintic will help to reduce the Heterakis gallinarum worms that can carry the infection. The options are either:
• Flubavet (powder)
• Oxfendazole (liquid, available from avivet.co.nz)
Note: earthworms are only an extra reservoir of eggs – infected turkeys will pass it on to other turkeys through droppings.

2. Keep turkeys away from other birds if possible
Healthy hens can often carry quite a worm burden without it affecting them. The heterakis eggs can lie dormant in the soil and then can be brought to the surface, even years later, by earthworms. 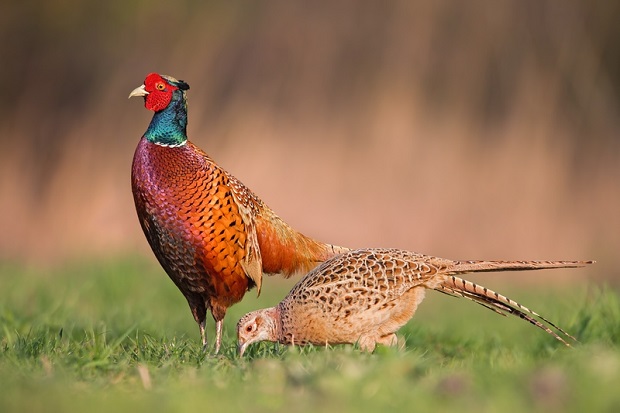 Game birds like pheasants, peacocks and quail are even more likely to carry the caecal worm heterakis and are less likely to be affected by blackhead than chickens.

3. Rotate pastures
Parasites need a host to survive. If you practice good land management and rotate flocks so they are always on long, fresh pasture there’s less likely to be a heavy worm burden. Birds will also be less likely to walk in manure and spread it around, making any kind of disease less likely.

4. Clean your boots and gear
Footwear and equipment can be contaminated with the caecal worm eggs containing the histomonas infection and transfer the infection from apparently healthy hens to a flock of turkeys kept in a different area. Always use separate feeding equipment, clean any mud/ manure off boots, and step in a tray of disinfectant and water every time you move from one area to another.

5. Quarantine newcomers
This should be standard procedure for any new bird (or animal) you bring onto your block. Keep newcomers in an area well away from your other birds, drench them, and watch for signs of ill-health over a couple of weeks. If they do get sick, don’t introduce them to your other stock until they get better or you decide to cull them.

Always feed your current flock first before those in quarantine. Clean your boots and don’t share equipment like buckets or feeders.

5 SYMPTOMS OF BLACKHEAD IN TURKEYS

The name ‘blackhead’ can be misleading as only a few affected birds may exhibit the bluish-black swollen head the disease is named for.

The common symptoms you will see in a turkey are:
• little or no appetite, but increased drinking
• listlessness
• depression
• low to no flight distance (eg, the natural distance a turkey will keep between itself and humans)
• drooping wings
• ruffled, dry, unkempt feathers
• yellow droppings in the later stages, may be yellow streaks on solid matter, through to a yellow, foamy, liquid.

Younger birds may be more acutely affected and die quickly. Older birds may look ill for longer and gradually become emaciated before dying. A post mortem can help confirm a diagnosis and would show an enlarged caeca with yellowish green contents, and large pale circular lesions on the liver. These circular rings are prominent in turkeys with blackhead but not so defined in chickens.

More stories you might like:
Things to consider when deciding whether or not to adopt a dog

There is no treatment for blackhead.

Some research has been done which indicates some antibiotics may be useful, but usually only in controlling the secondary bacterial infections which follow blackhead. Tiamulin (Techmulin) is one antibiotic that has been found to be effective in some cases.

How to raise turkeys

Biosecurity in the backyard chicken flock: How to keep your chickens healthy when introducing new birds

The mystery of the dying flock: Signs of avian flu and cocci