Why you should give gooseberries a second chance They’re the alternative grape of the garden, can be sweet or sour, and have nothing to do with geese, but gooseberries are one traditional kitchen garden berry that will liven up your cooking.

Ever wondered where the ‘goose’ in gooseberry comes from? According to wordsmiths, it is most likely a corruption of the Dutch word kruisbes or the German krausbeere. The French meaning is also pretty close: groseille á maquereau, which translates as ‘mackerel berries’ because they are used in a sauce for mackerel in old French cuisine (thank you Wikipedia). However, the Oxford English Dictionary takes a completely different tack.

“Plants and fruits (that) have received names associating them with animals are so often inexplicable that the inappropriateness in the meaning does not necessarily give good grounds for believing that the word is an etymological corruption.”

I think this means don’t trust everything that you read. 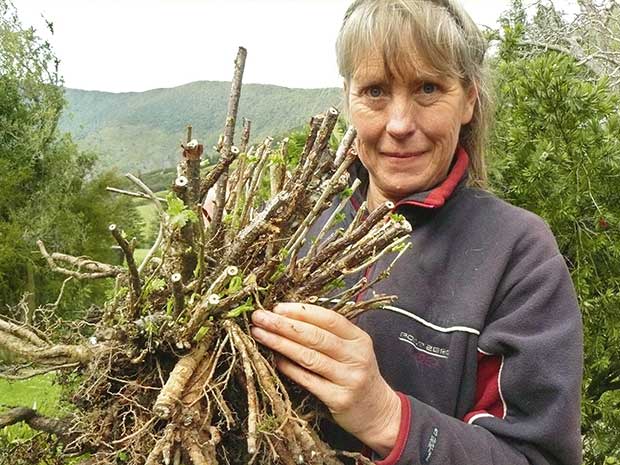 Whatever the name’s origins, gooseberries have very little to do with geese in my experience. While I have both gooseberries and geese in my immediate environment, I have never seen them interact like, say, cats and catnip.

I do wonder sometimes: am I one of a dying breed of human who grew up with a large patch of gooseberry bushes? It seems that people just have one bush or maybe two at a stretch these days.

My mother was an enthusiastic proponent of this horrible, prickly plant. I have vivid memories of mowing around the 10-odd bushes in one corner of her vegetable garden, my legs slowly shredded by their vicious thorns.

Harvesting the berries was also dangerous, as gooseberries seem to position themselves in the most awkward, thorniest part of the bush. Fortunately now we know about genetic fiddling, I guess I could grow a thornless variety and save myself the agony of looking like I’ve been assaulted by a wild cat.

More stories you might like:
4 types of apple that every orchard needs: Best apple varieties for cooking, eating, juicing, and storing through winter 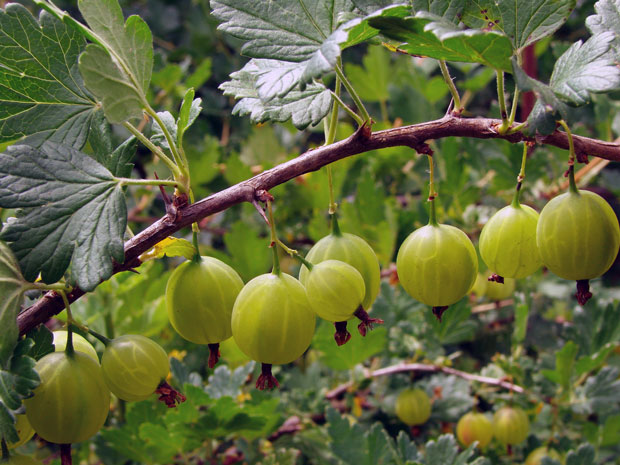 Winter meant apple and gooseberry pie when we were kids. Sadly, these pies were one of the things I didn’t learn to make in my mother’s kitchen. She made amazing pies of all kinds, perfect pastry, melt-in-your-mouth fillings, both sweet and savoury. I don’t need to be able to make amazing pies like her, but I’d love to just have a slice of one of her apple and gooseberry pies again. The thought of it brings back such lovely memories of cold days at home on the farm. Until I remember those prickles.

I am lucky enough to have both sorts of gooseberries, the sweet and the sour. Our good friend Deano planted a sweet gooseberry at our flat in Picton when he lived there. When it didn’t produce any fruit for two years, he took the advice of a green-fingered friend who told him to talk to it. He duly went out and had a word.

“Listen, you prickly so-and-so, if you don’t make any fruit this year, I’m going to dig you out!’”

That year we got a bumper crop.

My sour gooseberry comes from my gardening guru friend, Maureen. I often arrive at her place near Nelson to find that she has a gardening job waiting for me. This year it was to help her dig out a fairly well-established gooseberry bush that was taking up too much space. I happily obliged and took it home with me to split up. Now there are three new plants sprouting away.  I’ve given them a good mulch with grass clippings and wood ash.

Next year, I hope to prune them into the traditional cartwheel shape that the old-timers in the gooseberry societies supposedly create to produce enormous berries. This shape lets more light in and allows prickle-free picking. I’m just hoping that we get a chilly snap next winter (instead of all the rain of 2017) to improve the flavour of the fruit.rerec

You can make this recipe as either a thick sauce or a chutney, depending on how much you mash it up. I have recently discovered dried Kashmiri chillies and highly recommend them for chutneys. They add lots of flavour and not too much heat. That makes them perfect for me but far too mild for my fire-breathing husband. Add chilli powder if you like it hotter.

Gently simmer the gooseberries in a little water until they are soft.

Add the chopped onions and vinegar and simmer for another 10 minutes. Add the rest of the ingredients and simmer for 20 minutes. If you want to make a sauce, blend now using a stick mixer. Simmer for another 30-40 minutes to reduce the liquid until you have a rich, thick consistency. Take the chutney/sauce off the heat and let it cool slightly before bottling into sterilised jars. 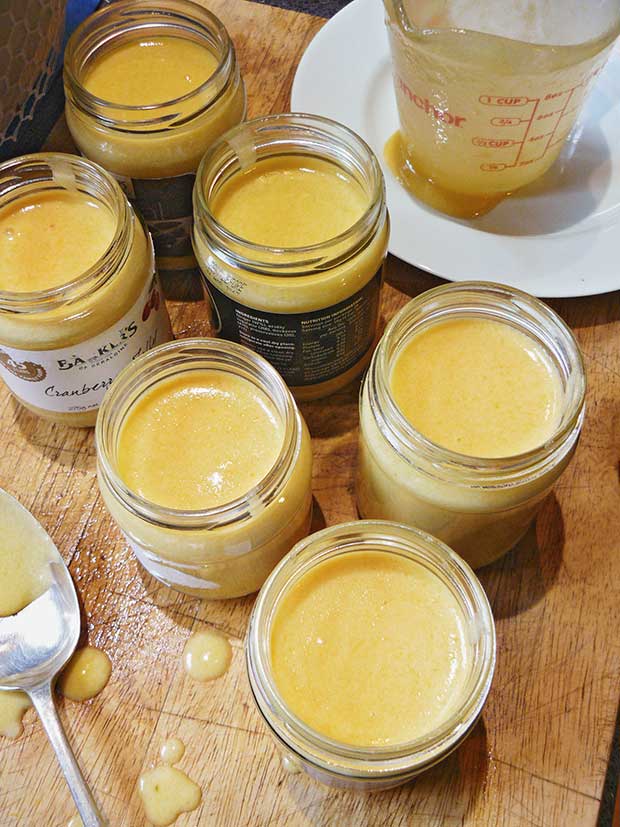 This might look like lemon curd but it’s completely different. The combination of the gooseberries and lemon has an almost floral flavour and there is nothing better than a hot pikelet or piece of toast with a dollop of this curd on top. It must be used within four weeks. Once opened, keep the jar in the fridge and use it up within a week.

Put the gooseberries into a pan with the lemon juice and bring slowly to a simmer, stirring often. When the fruit starts to collapse and release its juice, mash it up. Rub this mixture through a fine sieve to get a thin, smooth gooseberry purée. Put the purée, butter and sugar into a large metal or heat-proof glass bowl over a pot of simmering water.

You can stand the bowl on a metal preserving ring or wok ring to balance it if you wish. Stir until the butter has melted and the mixture is smooth. Take off the heat before it gets too hot. For the next stage, you should be able to comfortably put your finger into it. Pour in the beaten egg, whisking quickly and constantly. Now return the pot to the heat and keep whisking the mixture over simmering water until it gets thick and creamy (82°C on a sugar thermometer). This requires patience as it will take a good 10-15 minutes. If the curd does start to scramble, take it off the heat and whisk vigorously until smooth. As soon as it has thickened up, pour the curd into hot, sterilised jars and seal. Label when cool.