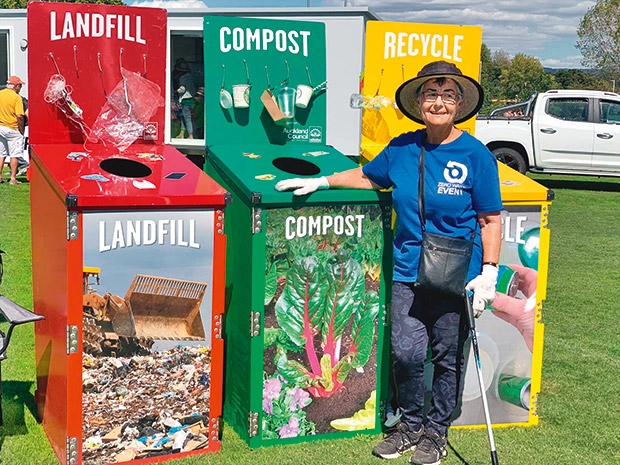 This Matakana local has gone from being classed as a hippie to an environment hero.

The combined weight of three full-sized elephants is unfathomable for most. Trish Allen is not most. In a year she, and her team at Mahurangi Wastebusters — a community-run recycling initiative in the Warkworth region — have processed more than 15 tonnes of compostables.

Zero-waste isn’t just a buzz term for Trish — it has been her life’s work for three decades. It all started in the late 1980s when she and her late husband Joe’s permaculture efforts became the Rainbow Valley Farm in Matakana.

The couple’s sustainable lifestyle prompted her to look beyond the garden fence and into how her region was handling its waste. Something was missing, but she didn’t have to look far for inspiration. It was right in her plastic wrap-free kitchen.

“Waste is a massive contributor to climate change. Reducing waste is the easiest way of taking climate action,” she says.

In 2017, Trish set up community meetings to look at how waste was being managed. The response was overwhelming. Fifty locals showed up, filling the community hall as if they were at a concert. She was amazed by the enthusiasm.

She proposed a simple yet effective solution. Locals would bring waste and recyclables to a community recycling centre and then judge whether they could repurpose the materials. 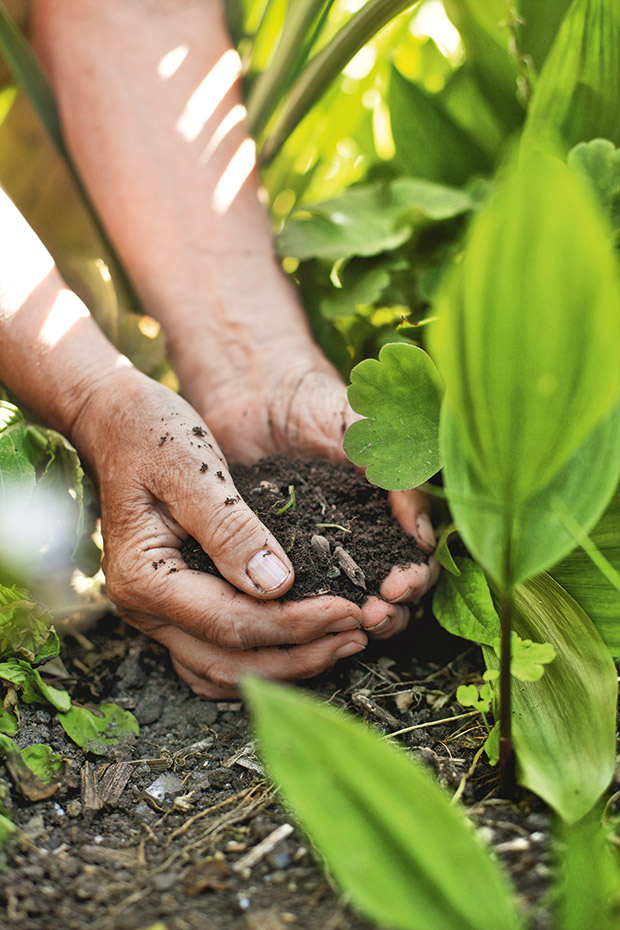 Trish’s vision for the Mahurangi Wastebusters didn’t involve any shareholder pressure or profit, which is why she set it up as a charitable trust. “Any dollar of profit from the recycling centre goes right back into our mission and vision of reducing waste,” she says.

Her “little compost project” has now grown, with nine staff putting in the mahi (work) to meet the charity’s mission. If it’s compostable, it’s doable, even if it means chipping up oyster shells from the Matakana Farmers’ Market. Waste education is another extension of the trust’s operation model, hoping to inspire others to fight against landfills.

“We have the most wonderful staff; they go beyond the call of duty because they care about climate action. When communities get involved with looking after waste, it’s very grassroots.”

But it’s not just like-minded locals joining in — helping hands extend nationwide. In 2018, the Zero Waste Network partnered with the Mahurangi Wastebusters to give them the resources to succeed. The initiative eventually succeeded in securing a contract with Auckland Council to turn two transfer stations into the charity’s operation sites. 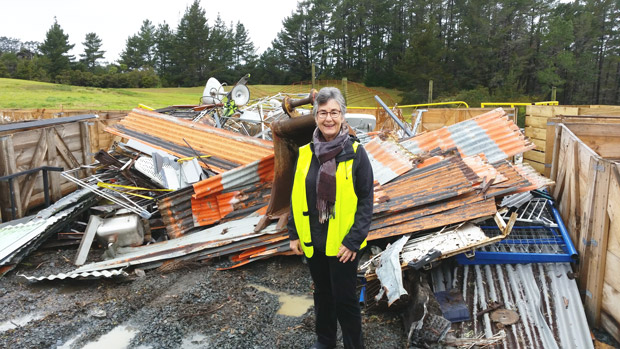 Yet, one wonders how Trish found the time to do all of this. She is involved with permaculture design courses, co-founding the Matakana Community Garden, and helped to set up the now-famous Matakana Farmers Market. But she is quick to downplay her dedication, calling it “a huge amount of fun”.

She is a community hero nowadays. But when she and Joe arrived in Matakana in the 1980s, the locals’ reaction was far from so. “They honestly thought we were a couple of hippies,” she says.

THE MAKING OF THE MATAKANA FARMERS’ MARKET

Rainbow Valley Farm brought Trish and Joe local and international acclaim and an invitation to Japan to teach permaculture philosophy. The rural farmers’ markets of Iwate in Japan provided a blueprint for the Matakana Farmers’ Market when co-founders Richard and Christine Didsbury heard Joe’s account of Iwate’s strict rules for only locally grown produce.

More stories you might like:
Meet the 'Makaracarpas': The Mākara locals who braved the winter months to clean up their waterways

These rules have shaped the well-established market’s celebration of food producers. “In the old days, it was locals going there with their gumboots. Now it’s become upmarket, but it’s been so successful because it’s stayed true to its values,” says Trish.

Trish was one of many locals featured in It Takes a Village: A guide to Matakana and its surrounding districts by Lauraine Jacobs. Be in to win one of three copies, valued at $45 each below.