4 unusual things to forage from your block Foraging for wild food is fun and satisfying, but when you stumble across mysterious morsels on your own land, it’s even more satisfying.

If you love the thrill of the hunt, it’s a great way to seek out more unusual foods. Red clover, chickweed and white horehound all have medicinal value that you can harness, while mushrooms, wild greens and berries have tasty appeal. Then there’s these four edible delights you might not have come across. 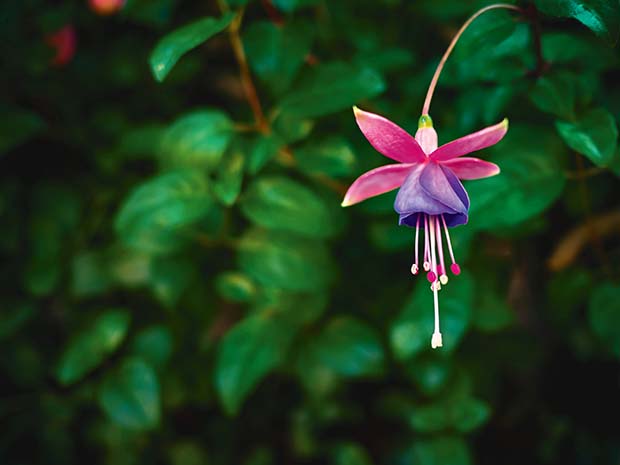 It may come as a surprise to some, but the berries – and flowers – of the humble fuchsia are edible. The budded flowers can be dipped in tempura batter and deep-fried to form a crispy treat, and the berries can be eaten fresh or used in preserves. Horticulturist and keen forager Julia Sich loves to eat the berries.

“They are delicious picked straight off the shrub. If you’re lucky to have enough, they can be made into jam. But I think they’re a nice, fresh, sweet-with-slight-after-taste delicacy.”

While all fuchsias produce berries, not all are deliciously tasty. It’s a matter of trying them to see which ones you like. They differ in size, taste and texture, depending on the species and even the cultivar. Some say the blacker the berry, the sweeter the taste. But once you find the tasty berries, it’s worth it.

“What you pick is what you get to eat, as there are no big seeds or pips – it’s all for the eating,” says Julia.

The jury is still out among foragers on just what they taste like though. Some say they taste of tamarillos, some say sweet figs or kiwifruit. It seems to depend on which fuchsia berry you are eating.

“The berries were called ‘konini’ by the Maori and were collected by the men either climbing the trees with baskets or shaking the fruit onto mats spread under the tree; the berries were eaten raw and particularly relished by children.”

So, when to pick them? “Fuchsia berries ripen in autumn and should be almost black and soft,” says Julia. Once you find the ripe berries, you’re in for a treat.

More stories you might like:
Everything to do in the garden this June: Plant cruciferous seedlings, sow winter lettuces Kawakawa (Macropiper excelsum) is one of the most important herbs in traditional Maori herbal medicine. It is still useful today for treating conditions due to its antimicrobial and anti-inflammatory properties. It is useful for stomachache, toothache and indigestion, and is also said to treat inflammation. A kawakawa poultice applied to the skin can treat eczema, rheumatism, bruises and abrasions. The seeds are used as a culinary spice.

“Kawakawa has been used by our ancestors for many generations. It has a wide range of medicinal properties and purposes. It can be used for skin ailments, mouth or throat ailments, right through to healing body wraps. It is my favourite for making throat lozenges, with its great healing properties.”

Taken in its natural form, kawakawa has a peppery, bitter taste. “It can be used in the form of a warm tea,” says Hera. “It’s amazing in smoothies.”

Kawakawa was and still is used in an animal fat base, although you can also use an oil or coconut base says Hera. “You can add kawakawa to melted coconut oil, leave it to super slowly infuse and it makes the best body, face and hair oil.”

Kawakawa is endemic to New Zealand, growing naturally throughout the North Island and as far south as Banks Peninsula. “Many of us who gather, use or grow kawakawa follow old-school protocols, done with traditional tikanga and karakia – gathering correctly and prayer. But everyone has their own way and harvests in different ways.

“One way I was taught is to pick from the north side of a plant, making sure it’s healthy. Do not pick kawakawa near the road because of car fumes, and pick leaves that have holes in them. These leaves are said to hold the highest healing properties.”

How to make a simple kawakawa tea 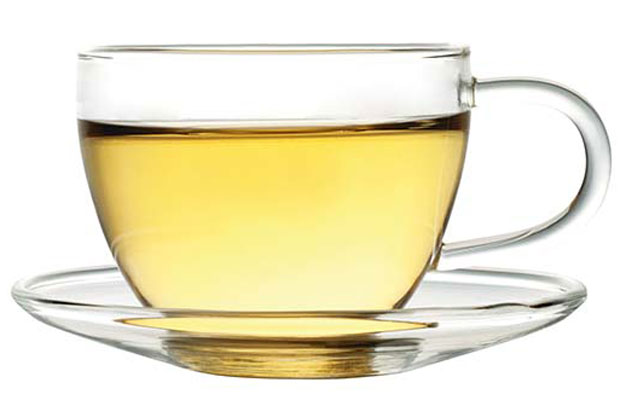 Infuse fresh or dried leaves in freshly boiled water for 10 minutes. Strain and drink.
Add honey for sweetening if desired.

Tip: Holey leaves make better tea as medicinal properties are more concentrated, a natural reaction to the moth caterpillar that likes to eat them and leave the holes behind. 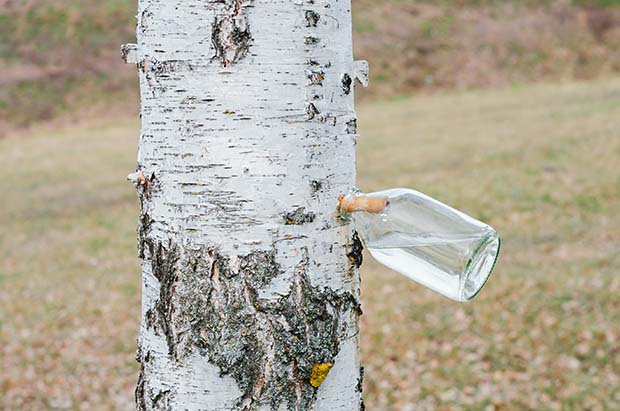 Just as syrup can be tapped from the maple tree, a sweet syrup can also be obtained from birch trees. Queenstown block owner Denise Greer has tapped her trees and given it a go.

“You have to do it before the buds burst; after that it turns sour,” says Denise. Bear in mind that what you get after tapping needs to be processed almost immediately.

“The sap is like water and pretty tasteless until you boil it. Then, after hours and hours, you finally get a sweet syrup.” Denise says she boiled the liquid for at least eight hours, but even then she thinks it may have needed longer.

“Even after boiling that long it still wasn’t syrupy, but had thickened a bit and reduced from around 1 litre down to only maybe 300ml.”

Birch sap is high in fructose, while maple is higher in sucrose. Sucrose is sweeter tasting, which is why maple syrup is more sugary.

The syrup from birch trees may not be as sweet, but it still makes a good substitute for maple syrup. It’s also rich in vitamins, minerals and antioxidants, and is credited with helping to soothe a range of ailments, including colds, flu, headaches, high cholesterol, skin conditions and rheumatism. How to collect sap:

Select a tree that is more than 250mm in diameter.

Drill a 40-60mm deep hole with a 8-12mm drill bit through the bark of the tree. The hole should be at a slight upward angle.

Insert a ‘bendy’ straw or food-grade plastic tube into the hole. Insert the other end of the tube into a collection container. If using a straw you will need to attach the container to the tree, as the straw is fairly short. After a week or so, plug the hole with a twig or cork and process the sap. Have you ever drunk spruce tip beer? You may well have because spruce tips have been used in the brewing process for hundreds of years. Captain Cook made spruce beer in 1773 in order to prevent scurvy among his crew and is believed to have referred to rimu, kahikatea and matai tips in his recipe.

Both spruce and pine needles contain very high levels of vitamin C and are excellent in herbal teas, although there is some doubt as to how much vitamin C remains after the beer-brewing and fermentation process. However, spruce tips are still tasty and an excellent wild food source.

The key to cooking with the tips of evergreen trees, says Laurie, is to harvest them when they first begin to emerge from their brown, papery casings.

“At this stage, spruce tips are very tender and have a fresh flavour that tastes lightly of resin with hints of citrus. As spruce tips mature, the resinous aspect of their flavour intensifies. When the spruce tips begin to harden, form actual needles and lose their bright spring green colour, I no longer use them for cooking.”

Depending on where you are in the country, the tips will emerge at a different time (earlier in warmer areas, later in cooler regions). Watch for the tender new growth in spring.

“To harvest spruce tips, pop the tips off the end of the bough as if you’re picking berries,” says Laurie.

“When you’re done picking, remove and discard the papery casings, and discard any hard stem that may have broken off with the tip. The spruce tips are now ready to use.”

The spruce tips can be used fresh or dried in herbal teas. Laurie uses them in various other recipes, including mayonnaise, vinegar and flavoured sugar.

“For cookie-eaters, a good recipe to start with is spruce shortbread – it’s quick, easy to make, and addictively good. When baked in shortbread, spruce tips have an almost fruity flavour, reminiscent of raspberries.”

A beginner’s guide to foraging in New Zealand