If you want to find an affordable dream country home, here are six spots to consider.

In my latest book, A Natural Year, I wrote about my worst nightmare. It was “to end up in a beachside suburb full of Auckland women in white capri pants asking you round for cocktails every night.”

I chose to move to a block overlooking the Hokianga Harbour, a world away from those capri pants. Since the first lockdown in March 2020, a lot of people have had the same epiphany.

There has been a surge in interest in rural properties with a nice house and a few acres of land, far, far away from city life. Some buyers are retirees, speeding up plans to move to the country. Others are Kiwis living overseas, seizing the chance to bring the family down under. While they’re at it, they want to plant a garden, get chickens, and have a go at sustainability.

For some city dwellers, they tend to go along the route of:
– sell their highly-priced city home;
– buy a less expensive house in the country;
– save the rest for travel. 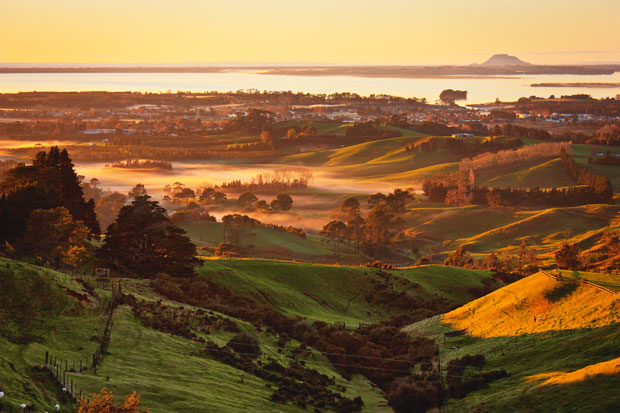 However, there are some things to check before you take the leap. One of the most complained about ‘hardships’ of country life is that it’s impossible to get a good cup of coffee. It might sound trite, but check the commute to the nearest cafe (or buy a good machine). If you plan to work remotely, you need fast, reliable broadband and mobile coverage, not a given in all rural areas.

The following are my six picks for your new country life:

It might be the far south, but Kirsty Anderson from PGG Wrightson Invercargill says they have mild winters. The soil in the area, especially around Makarewa (just north of Invercargill) is great for growing veggies. It can be a bit wet, but the upside is they don’t have droughts. 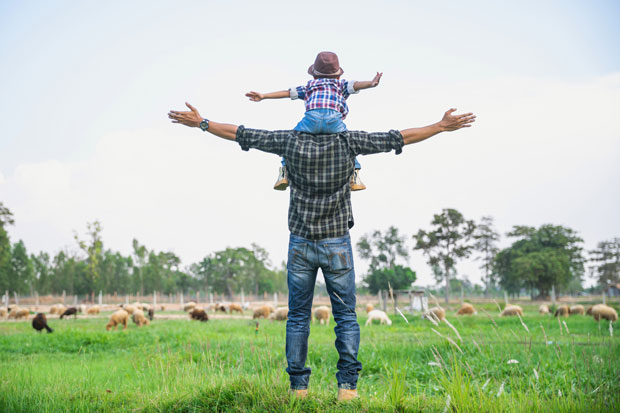 “I’m seeing a lot of city dwellers looking for a lifestyle block. People who may have a smaller block want to get a bigger one and get really serious about growing their own food and being sustainable,” she says.

One thing everyone wants is a shed. Many city buyers have campervans and boats that need storing. Kirsty says you can make a killing by renting out sheds for storage. Kennington is quiet – almost no road traffic – and relaxed. If you’re into walking, tramping, fishing, hunting, or water sports, the world is your oyster figuratively, and literally (it’s just half an hour to the best oysters in the country in Bluff).

“Most people down here are outdoors people. You’re close to Queenstown, the Milford Sound, great walking tracks like the Routeburn, and great beaches.”

Some people associate the South Island’s West Coast with rain, and lots of it. But in Westport the climate is almost subtropical, says Martin Jack from Ray White Westport.

“You might get a frost, but it’ll be a light one, and we grow a huge variety of tree tomatoes,” he says. “It does get dry in February, and we can get droughts but usually only for three or four weeks.” 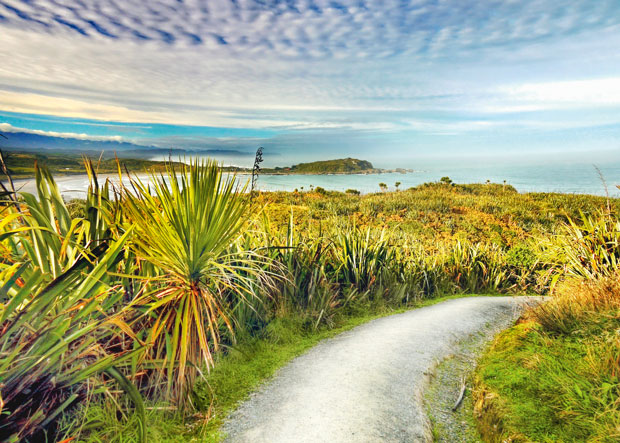 He says he has one overseas client who was stuck here during the March 2020 lockdown. He simply moved his business, bought land, and set up in Westport. “You’re two hours drive from a ski field, two and a half hours from Nelson, one and a quarter hours from Greymouth, and four hours from Christchurch.” 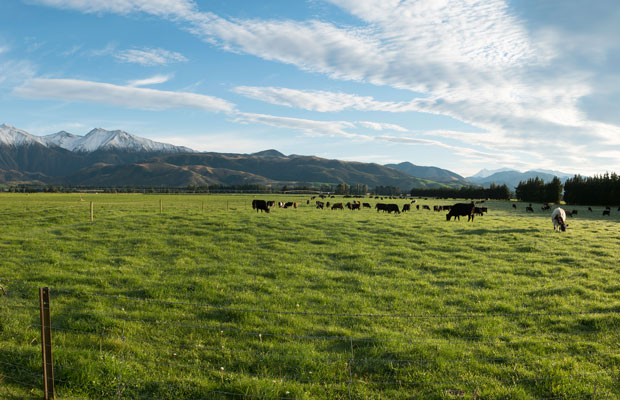 There are plenty of cafes in town if you can’t live without good coffee. Other great attractions include the nearby 80km Old Ghost Road mountain bike cycleway.

Wendyl’s tip: to find the broadband options available for a particular block, type its address into: broadbandmap.nz

This small town of around 200 people lies in the southernmost part of Hawkes Bay, close to the mouth of the Porangahau River. There’s a general store and an old hotel which dates back to the 1880s.

A few kilometres away is a little hill with the longest place name in the world: Taumatawhakatangihangakoauauotamateaturipukakapikimaungahoronukupokaiwhenuakitanatahu (or Taumata for short). Dianne Ogilvie from Professionals Hawke’s Bay says there’s a golf club, a lovely beach nearby, and rural mail (although sometimes you might have to pick it up from the general store). 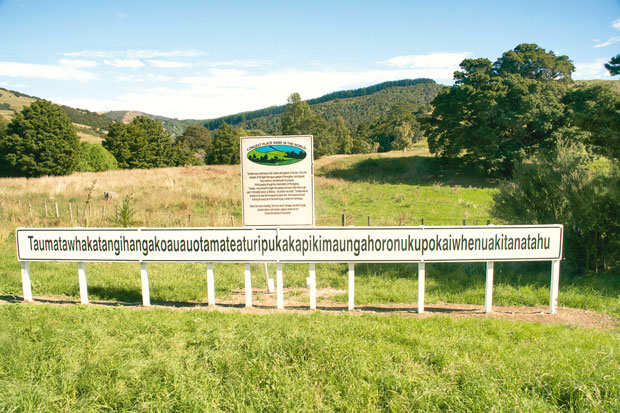 The climate is good for growing veggies or an orchard, with rainfall of around 1000mm a year. This block comes with raised vegetable gardens, woolshed, dog kennels, a chook house, and spring water, a bonus in a region where it can get very dry.

Best of all is a stand of macrocarpa trees which would provide firewood for years. Dianne says she’s been busy since the first lockdown. Most interested buyers are Kiwis coming home from Australia, and people living in Taupo and Napier who want to make a lifestyle change. She notes one downside; it’s a 35-minute drive to the nearest cafe.

Wendyl’s tip: check an area’s climate, rainfall, and soil. Some are plain awful if you want to grow a big food garden.

Katikati is renowned for its citrus, kiwifruit, and avocado cropping, so chances are it’ll be easy to grow a thriving garden. The weather in Katikati is temperate with mild winters, pleasant summers, and rainfall of 1600-1700mm. Most of his clients come from Tauranga, but there are also people in central and south Auckland. “I sold a house the other day to a guy who practices law in the UK. His law firm drops a whole lot of work for him over the internet at 6pm their time, he works on it here during the day, and by the time the firm starts up again over there in the morning all the work is done. It’s perfect.”

Where: Peria
Distance from town: 30-minute drive to Kaitaia
Broadband: wireless, some ADSL, mobile coverage can be hit and miss
Schools: primary school 6km, secondary school 14km
Highlights: 10 minutes to the beautiful Doubtless Bay and many other beaches, with no-one on them. Saturday’s Kaitaia market is one of the best in Northland with locally grown coffee and produce. Warm climate year-round.

The Far North recently had severe droughts with little rain, but usually it gets 1400-1600mm. There’s great soil for gardens and small microclimates where locals grow subtropicals, even coffee. 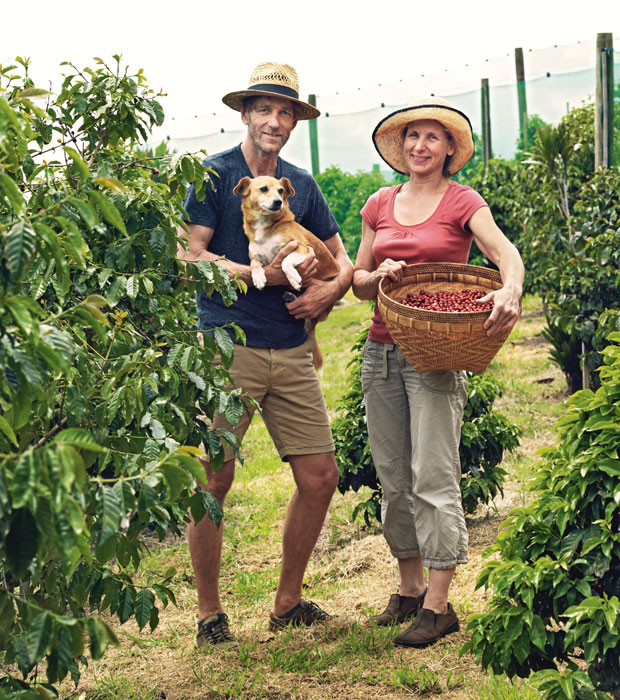 Half an hour’s drive from Peria is the block of NZ’s only commercial coffee growers. Rob Schluter (above) left the family farm to travel the world, and returned with wife Carol. The couple has spent more than 10 years developing their block, and now grow, process, and roast their homegrown coffee for sale.

Says Andrew Bakker from Ray White Kaitaia: “I will say that there is a perception that you get a lot of bang for your buck up here, but prices have been going up recently due to demand. You can still get a great property for a good price, but you might have to do some work on it or add a shed. It might not tick all the boxes.

“What we’re seeing is people’s attitudes have changed since Covid, and they’ve just decided to get on with life. They’ve been talking about selling in Auckland in a few years’ time and coming up here, but now they’re just doing it.” 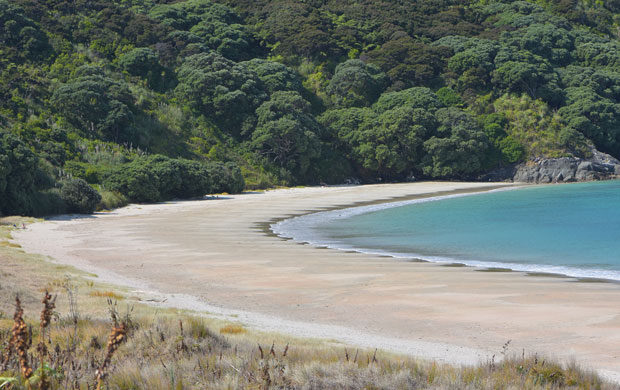 Andrew says the Far North’s main attraction is the climate, which is always a few degrees warmer than Auckland. Local fashion is shorts and jandals, even in winter.

“Our beaches are also a big attraction because there’s not a soul on them.” Most Far North properties are a 20-30-minute drive from magnificent coastal beaches; Peria is just ten.”

Taranaki is a favourite of those who love the great surf and snow.

Delwyn McCurdy from Professionals New Plymouth says she’s fielding queries from Kiwis returning home post-Covid, who are choosing Inglewood for its close community. “Some of them were brought up here and want to raise their kids here, or they may be elderly with grown kids here,” she says. Others are moving to Taranaki for jobs, or because they realised over lockdown that they can work remotely and no longer have to live in a city. The weather is cold close to the mountain. However, the closer to the coast you go, the warmer you get.

This article was originally published in the October 2020 issue of NZ Lifestyle Block.