6 reasons to take a trip to Christchurch 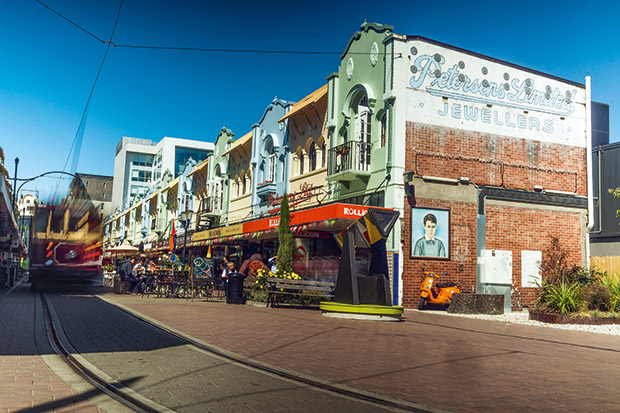 What a story Christchurch has to tell. Once upon a time, its people looked back to Mother England, but today’s citizens are creating one of the world’s most modern cities.

Ōtautahi Christchurch is a place of fortuitous beginnings and rewarding exploration. The earliest settlers — the Māori tribes Ngāti Māmoe and Waitaha — arrived 600 to 700 years ago, followed by another wave of Māori migration in the 18th century to form the people of Te Waipounamu, Ngāi Tahu.

In the fertile, forested land lived the (now-extinct) giant flightless bird, the moa, each of which provided up to 70 kilogrammes of protein, as well as plump forest birds and rich kai moana (seafood). Kaiapoi (north of Christchurch) was a busy trading hub for the valued pounamu (greenstone) found on the West Coast and carried back over alpine passes.

Europeans, arriving in the 1850s, wanted both a new start and to replicate the English society they had just left behind. Representatives of all classes made their way from Lyttelton over the Port Hills on the perilously narrow Bridal Path, with their belongings either on their backs or following on horseback.

On the drained swamplands that were their destination, they laid out a new city, even naming the creek, snaking back and forth towards the sea, the Avon. Those early Canterbury Association planners would be surprised by the metropolis today. Because the quaking and heaving that shook the city during the earthquakes of 2010 and 2011, tragically costing 185 lives, launched an era of embracing the new.

If Christchurch is a model city today, it is not for being a replica of Mother England. There is nothing quite like it in the world; this eclectic mix of architecture driven by boldness and bravery. Christchurch is full of opportunity and young people with bright ideas who see no such thing as an empty lot. No, that’s a garden yet to be planted, street art to be painted, a new building to go up, an adventure yet to be enjoyed.

What Christchurch has preserved are its best classical features and its long history as one of New Zealand’s most visited destinations. It turns a generous face to guests, proudly sharing its story; the physical grandeur of the Southern Alps just a few hours’ drive away, the bounty of its fertile plains on display in the farmers’ markets and ready to eat in the city’s cafés and restaurants, its pride in its history and people, and the ability to offer world-class opportunities for rest and rejuvenation.

6 REASONS TO TAKE A TRIP TO CHRISTCHURCH

Twenty-two heritage-listed buildings make up the Arts Centre Te Matatiki Toi Ora site in Gloucester Street (plus one unlisted building). Within the centre, discover the work of New Zealanders who have made the country proud on international and national stages, including artists, scientists, philosophers, mathematicians, politicians and suffragettes. At the complex’s heart is the Great Hall, in which a new structure was built within the existing one as part of the massive remodelling required after the earthquakes.

More than 14,000 pieces of timber and decorative features were carefully removed, photographed, numbered and stored in the right atmospheric conditions during the restoration. Such care was recognized with Canterbury Heritage awards and a UNESCO award in late 2017.

The coldest and windiest place on Earth is best visited under controlled conditions. By all means, plunge a hand into polar-temperature water when at the Storm Dome of the International Antarctic Centre, but it needs to wrap around a mug of hot chocolate quick-smart after that. 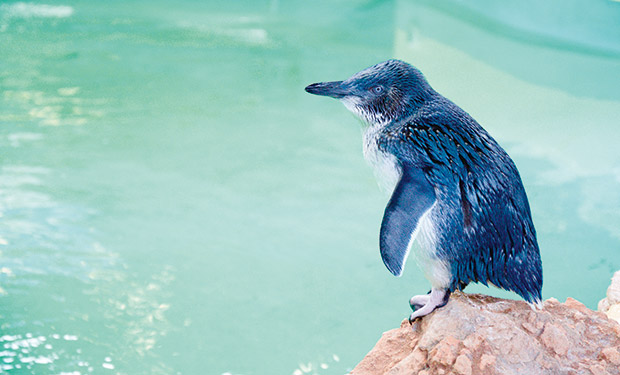 The Storm Dome is about as close to a real polar experience as most people wish to get — a cool minus-eight degrees Celsius with a wind chill making it feel like -20°C. Penguins to peer at and huskies to pat is the subtle way the centre teaches visitors to value the unique frozen continent and send them back into the warmer world as ambassadors for its preservation.

Oddly enough for a city enthusiastically embracing a modern architectural makeover, Christchurch has a soft spot in its heart for Victorian and Edwardian methods of travel and modes of relaxation. It is the only city in the country in which it is possible to take a punt trip along a gentle winding inner-city river propelled by a toff wearing a boater and a striped blazer.

And if that’s not olde worlde enough, take a shopping trip via a Victorian-era tram and go sight-seeing on a classic double-decker bus. A bit more modern is a cycle ride through pedal-high daffodils in the enormous and graciously tree-filled Hagley Park. The Botanic Gardens and riverside Mona Vale are the best possible locations for a classic Mary Poppins-style outing as everything is flat as a pancake. 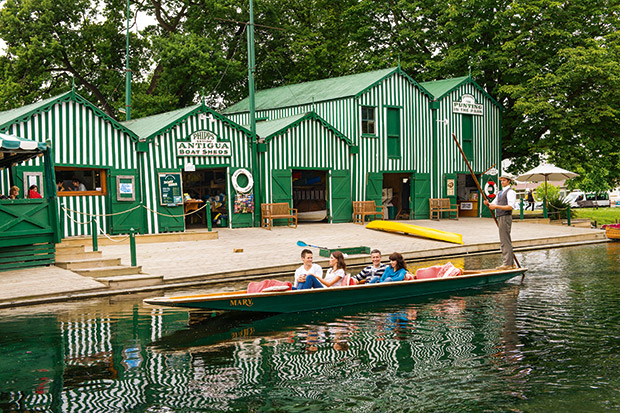 It is a thoroughly modern gondola, however, upon which one might whizz up Mount Candish in the Heathcote Valley for one of those views that tend to silence idle chatter and remind one of why mountains move viewers closer to an almighty question or two.

4. Just a day-trip away: The Southern Alps

To Ngāi Tahu, Mount Aoraki in the Mackenzie region represents the most sacred of ancestors. Aoraki and his three brothers, sons of Ranginui/Sky Father, were voyaging around Papatūānuku/Earth Mother when their waka was stranded after hitting a reef. When Aoraki and his brothers clambered up their overturned vessel, the frigid south wind froze them into stone. That’s how Aoraki became the highest peak and his brothers some of the principal mountains of the Southern Alps. A mighty carving of the legend of Aoraki by renowned artist Cliff Whiting is a highlight at the Department of Conservation Aoraki/Mt Cook National Park Visitor Centre. 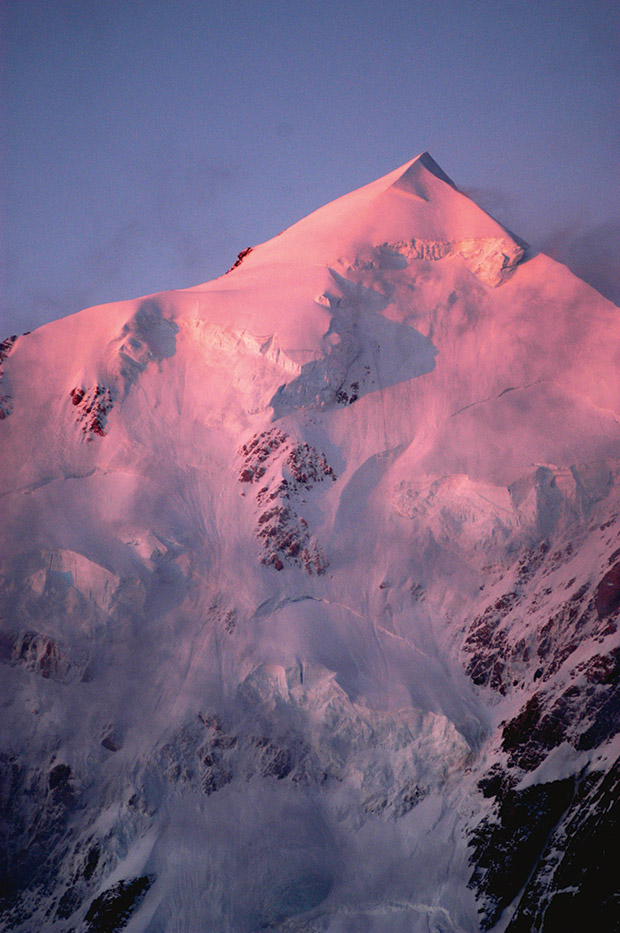 In late spring through to early autumn, lupins flower colourfully along the road edges of the Mackenzie Country. Their visual symphony is not music to the eyes of all, however. Connie Scott, now safely tucked up in her grave at the Burke’s Pass Cemetery, would be alarmed at the kerfuffle over her beloved lupins, which some have labeled “botanic thugs” for their river-clogging habits.

Others, such as farmers, know their hardy, nitrogen-fixing, sheep-feeding potential, and they’re relentlessly stalked by visiting photographers. All Connie wanted to do was add some brightness to the dun-coloured Mackenzie landscape. She bought about £100 worth of lupin seeds (hiding the bill from her husband) and scattered them along roadsides. “The Lupin Lady” is inscribed on her headstone.

Christchurch’s shopping scene is bustling once again. In the heart of the city, The Crossing on Cashel Street is like honey to a bee for fashionistas. The one-hectare shopping complex features a new store for merino clothing and homeware label, Perriam (pictured below), with nods to the label’s Bendigo Station roots in the store’s rustic fit-out. Nearby, the old Sydenham Mall has been transformed into The Colombo, a European-style retail space and food court filled with mostly locally owned businesses. Nearby, the city’s grand old dame department store, Ballantynes, has also been refurbished. The story of Ballantynes, New Zealand’s first department store and a Christchurch icon, began in 1854 with two cases of imported straw hats. Mrs Esther Clarkson sold the hats from the front room of her Cashel Street cottage, making the first sales of what would become a multi-level, multi-city brand, which survived a deadly fire in 1947, and two earthquakes.

6. Head over the hills for a Gallic outing

In 1838, French sea captain and land speculator Jean François Langlois put a down-payment of six quid on an area of land in a volcanic harbour basin to the east of Christchurch. He promised he’d return with another 234 pounds worth of goods for its owners, 12 chiefs. Back in France, Langlois advertised the land to potential settlers before on-selling it to another company. 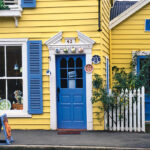 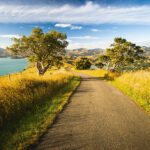 On 9 March 1840, 63 emigrants left Rochefort on an old man-of-war, the Comte de Paris, heading for New Zealand. They arrived in the Bay of Islands in July 1840 to the news that the British had claimed Banks Peninsula. Oops. As they say, timing is everything. The settlers proceeded anyway and, on their arrival in Akaroa (Long Harbour), they created a charming Gallic-centric village. 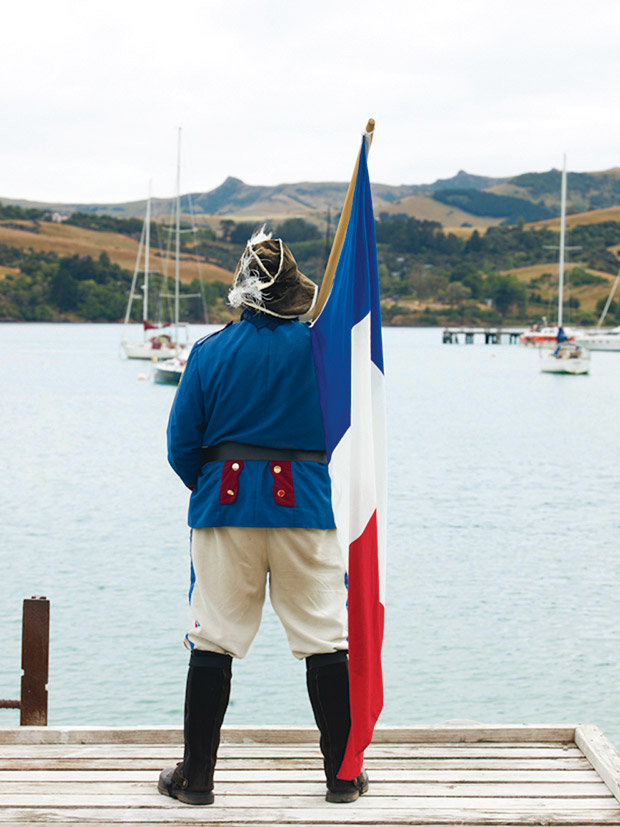 No doubt, it was a vast improvement on the whaling town that preceded it, but perhaps not on the Māori communities that came before the whalers. Today, it is known as the “oldest village in Canterbury” (rather overlooking the 600 years of Māori occupation) and is the launching point for harbour and dolphin tours to see the rarest of all dolphins, the hector species.

There is the opportunity to swim with dolphins for the watery-minded.

This is an excerpt from The Insider’s Guide to New Zealand. Click here to order your copy.

The Insider’s Guide to New Zealand, created by NZ Life & Leisure annually, is a thorough and independently researched guide to six of the country’s most spectacular regions, and is packed with recommendations on what to do and see on your next holiday. Pre-order the 2021 edition here.