6 reasons why Nelson should be your next weekend trip Nelson is sheltered from the predominantly westerly airflow that hammers much of New Zealand’s western coastline. It also has a more-than-generous annual sunshine allowance. What lures visitors to the region often convinces them not to leave when their holiday is over. 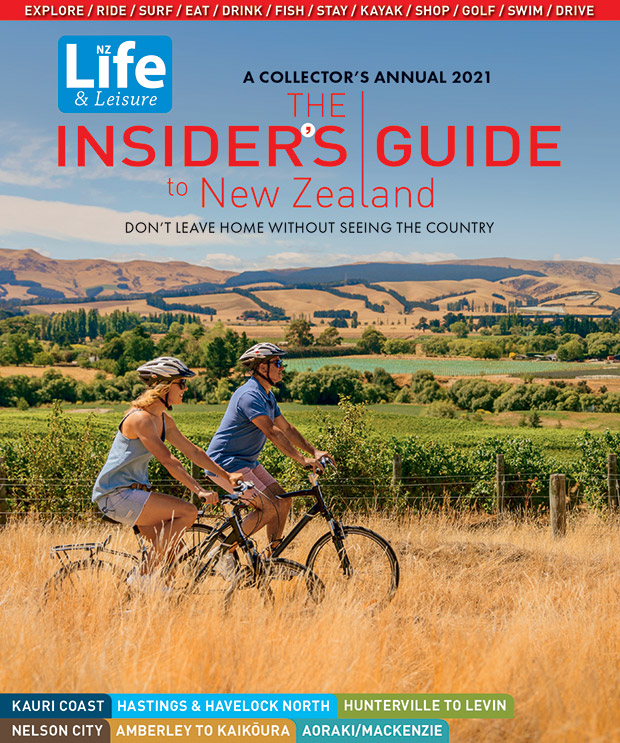 This is an extract from The Insider’s Guide to New Zealand, Pre-order your copy of the 2021 edition here.

Māori on seasonal fishing and food-gathering trips arriving in the 1300s were Nelson’s first and only known inhabitants for hundreds of years. That was until mid-December 1642 when Dutch explorer Abel Tasman, on behalf of the East India Company, sailed in two small boats into coastal waters off what is now Golden Bay.

This first recorded encounter between Māori and Pākehā did not go well, with four of Tasman’s men losing their lives after their rowing skiff was rammed by waka.
Tasman didn’t stay, and instead named the area Moordenaers (Murderers’) Bay (which didn’t stick) and sailed away to the north.

Early New Zealand land-brokers, the New Zealand Company, sold the region’s arable land in England where, on paper, it looked nicely farmable. However, when the company actually surveyed it (as ships carrying thousands of settlers were about to arrive), much of the area was found to be in forested hills and mountains and unsuitable for farming.

Today Nelson is known for its good soils and pleasant climate and for its artists and artisan food producers. It is a place for busy people. Sailors, walkers and mountain-bikers have access to vast tracks; recreational swimmers have river swimming holes and beaches galore. There are also many opportunities to get lost – literally – as the region borders three national parks.

Nelson does not feel like a city. The title was bestowed upon it by royal charter in 1858, technically making it the second-oldest city in the country. But it is more of a town with city-ish aspirations – with a grand man behind its name.

Admiral Horatio Nelson and his Battle of Trafalgar naval campaign are responsible for many local monikers – road and public areas in particular. But today’s council is trying to make the CBD a place for people, rather than simply businesses, and there are plans for pop-up playgrounds and more public spaces.

1. Take to the waters

A favourite weekend pastime for Nelsonians is to grab a coffee at River Kitchen on the banks of the Maitai River before heading off on the eight-kilometre Maitai Walkway. The walk starts in the city centre, but the urban environment soon makes way for a lush waterscape because the river is the habitat of many species of birds, fish and mammals. As such, the area is of immense spiritual, traditional and historical significance to mana whenua iwi.

The river has a big job. It not only provides the city’s drinking water but also acts as a stormwater and flood channel. In the summer, children jump into various swimming holes, families enjoy real fruit ice creams and young ones play on a handful of different playgrounds dotted up the valley. Favourite local spots include Sunday Hole and Black Hole, both of which offer easy access to the river for a swim. Picnic benches and playgrounds make them the perfect places for the entire family to park up on a balmy weekend. A winding road from north Nelson into Cable Bay leads to some of the calmest and warmest waters in the region and sheltered, shingle Cable Bay Beach. A walkway over the hillside, around the coast and into Glenduan passes through native bush with magnificent views of the city and its surrounding parks. Kayak tours out to Pepin Island and its bird colonies leave from the beach, giving punters the chance to enjoy birdlife, seals and dolphins, as well as caves and waterfalls.

More stories you might like:
Become enamoured with Tairawhiti: The best places to eat and explore in Gisborne

Saltwater is in Nelson’s DNA, the ocean stretching out, as it does, right at the front door facing north. A kayak paddle to closeby Haulashore Island allows a view of the city’s more luxurious homes.

Take the ferry to the Boulder Bank, which stretches 13 kilometres along Tasman Bay, and is excellent for a picnic or a barbecue, and enjoy a (stony shore) hike to the Boulder Bank lighthouse, erected in 1862. A key to the structure can even be procured from Port Nelson on Haven Road, so taking along a bottle of wine for the sunset view would not go amiss. Abel Tasman Sailing Charters also offers longer cruises of the bay and – further afield – overnighters in the nearby national park.

It could be considered one of the best city beaches in the world. The stretch of golden sand is about a kilometre long and is sheltered from large swells. It is also only 10 minutes from the CBD and, while the water doesn’t boast much surf, its sprawling playground and various attractions (including a fun park) are a hit with most travelers. 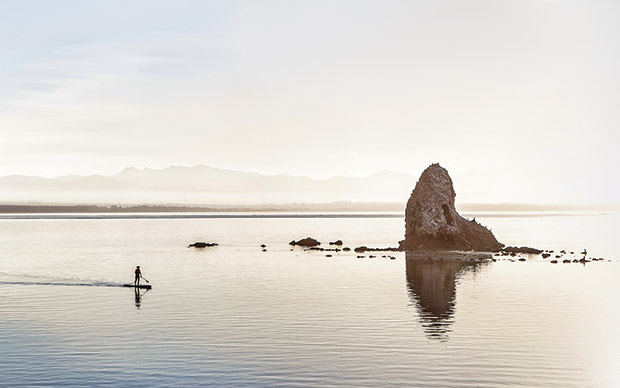 When it is blustery, Tāhunanui has some of the best kite surfing in the country and when it is calm, the best paddleboarding. The nearby Raglan Roast coffee shop doubles as a place to purchase the latest gear, as well as the best-value lattes in the city. If it is too hot for lazing in the sun, visit the nearby Natureland Wildlife Trust, home to meerkats, monkeys, llamas and alpacas, among others.

Further down the road, visitors can find go-karting, roller-skating, and a park with trampolines and a hydro slide. At weekends, there is also a train that takes families on short rides around the area.

More stories you might like:
My Wayward Feet: Walking the magenta cycle way in the heart of Auckland

A pop-up lane next to Nelson’s co-working space has helped invigorate the CBD. Kirby Lane began as a vision for a more user-friendly public space. It is open Monday to Friday for the public to stop by, hang out and relax, a place to interact with others and meet new people or to get out of the office and enjoy the fresh air and sunshine. Now, it also hosts a Wednesday farmers’ market, with the region’s food producers offering everything from honey to cheeses, breads to homemade sausages. On summer Fridays it becomes a food-cart paradise with stalls such as the Argentinian barbecue Viva la Vaca and Japanese deep-fried chicken-master Mr Karaage all vying for customers.

The Nelson Saturday Market’s reputation precedes it. For locals, it is often taken for granted as a place to wander around, pick up local produce for the week and catch up with friends. But it also showcases the creativity of the region, thanks to sellers ranging from bow-and-arrow crafters to children’s toymakers. 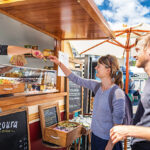 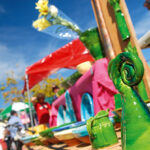 More than 30 years after it first began as a smattering of enthusiastic stallholders, it has evolved into a sprawling collection of more than 200 artisans. The market is an excellent way to start a weekend exploring the area – stock up on treats and organic food before heading off on an adventure. Shoppers looking for souvenirs or gifts will find something unique. The market operates in rain or shine.

The Insider’s Guide to New Zealand, created annually by NZ Life & Leisure, is a thorough and independently researched guide to six of the country’s most spectacular regions, and is packed with recommendations on what to do and see on your next holiday. Pre-order your copy of the 2021 edition here.