A second life in Central Otago: A promising equestrian turns to knitting and sewing after a major spinal injury 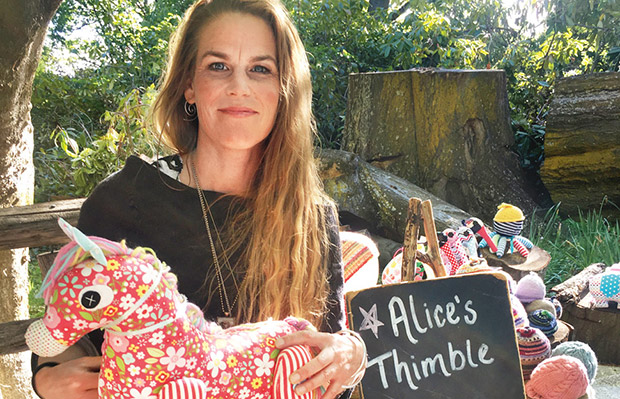 She was once a super-sporty, outdoors girl but Rachel Guisolan broke her back in a horse-riding accident. Her new life, she says, has a silver lining.

Rachel was born in Switzerland to a Swiss father and a mother who comes from a farming family near Tarras in Central Otago. The family returned to New Zealand shortly before Rachel started primary school at Salisbury, a small country school near Tīmaru. (She later completed her secondary school years in Tīmaru at Craighead Diocesan School.) Both her parents and extended family rode horses, so it wasn’t long before Rachel began competing.

Rachel would have been happy riding horses all day but her instructor, top international dressage judge Kaye Fissenden, advised her to get a career qualification. She did a diploma in fashion design in Christchurch. But she never worked in the fashion industry as her focus was the Olympics; she wanted to be part of the equestrian team.

Kaye believed Rachel was Olympic-standard so offered her free tuition. Every chance Rachel had she would be outdoors either riding, snowboarding, wakeboarding or surfing. But she only competed in horse riding. Most weekends she would ride, winning numerous regional and national awards. She also represented New Zealand against Australia in dressage.

After leaving Christchurch, she moved to Wanaka to be near family at Tarras and began teaching children and adults to ride. She also organized and held pony days, ribbon days and quiz nights, anything that revolved around horses. To make some money, she sewed curtains and ball gowns. Then, for two years between 1999 and 2000, she traveled extensively throughout the United States and Canada.

Rachel also worked as a barista so she could pursue her hobbies. After her overseas trip, she was a barista at Treble Cone and at wedding functions. Any spare time was spent riding, or on the snow or in the water. She also continued training young horses and giving riding lessons and supplemented her income with sewing bridesmaid and flower-girl dresses.

Rachel had a major accident while working with a young horse and broke her spine at L2, also chipping, crushing and damaging her L1 and L3. She spent a year in bed and began knitting. “Initially, I knitted for pain relief and therapy. Now I can’t stop.” 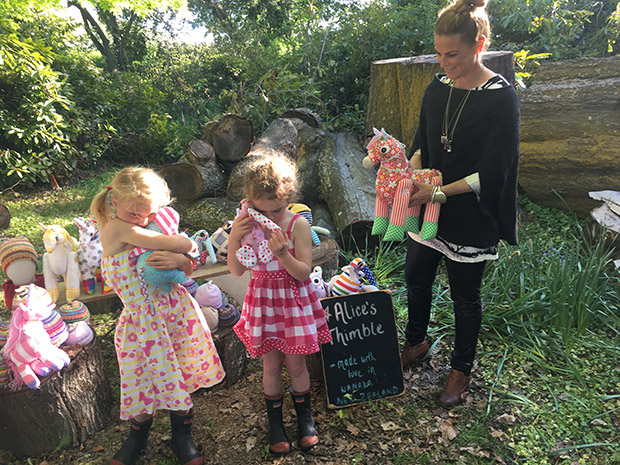 She still requires a cane to walk. Her knitwear and collectables impressed a friend who suggested Rachel start selling them at the local markets. Hence, in 2014, Alice’s Thimble was born.

Around her neck, Rachel wears a silver thimble that belonged to her great-grandmother, Alice. “My creations are like something from Alice in Wonderland and, in the story, Alice was presented with a thimble.” Her knitting and heirloom smocking also connect her to her great-grandmother’s time. “Some of my designs are quirky, designed under the influence of pain medication such as morphine.” She never makes two pieces alike, and each has a name. “I have so many ideas that my collection just keeps growing, and there is always something new, be it a unicorn or a kiwi, or an octopus.”

Rachel lives by herself near extended family on a merino sheep farm in Tarras, so her knitwear is predominantly merino with a few merino-alpaca and merino-opossum blends. Along with the quirky toys, she knits hats, gloves, booties, jumpers and cushions.

“I knit with love. My best sales have been to young children who fall in love with their favourite animal then come back three to six months later with a bag full of $1 and $2 coins from their pocket money to select their new best friend.”

In 2017, she had a heartbreaking setback when her 15-year-old dog Rails, a chocolate labrador, died. Rails had been at her side since the accident and kept up her spirits in the darkest times. “He was my hero. Along with always making me laugh, he would dispose of the dead birds and mice that my cats kindly gift me.

“Even though my life at present is the complete opposite of my previous existence, I call this my second life or my silver-lining life. I love what I am doing and am always excited to create a new design.” 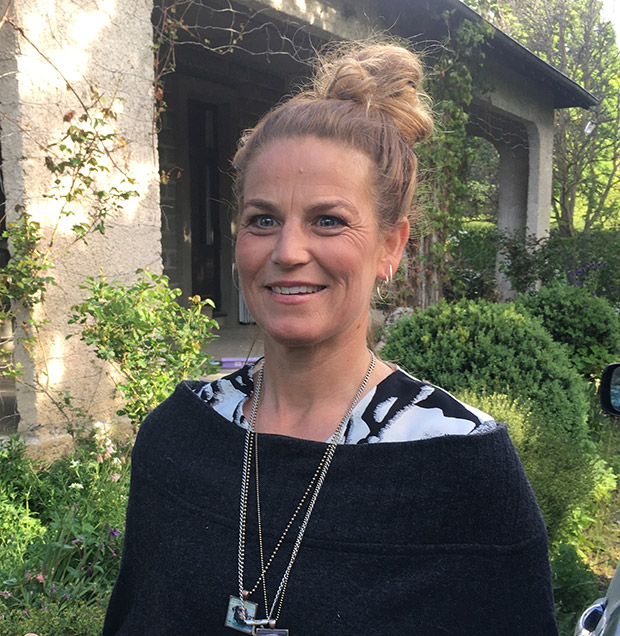 Take baby steps. “It’s a long way up after a life-altering career-ending accident. It can be extremely overwhelming. Don’t let others push or rush your recovery. Take your time and remember you are capable of more than you ever thought possible.”

Keep the company of animals. “The benefits are insurmountable. Animals are great therapy, especially with their gift of healing mind and soul. They teach us so many life lessons and life priorities, as well as provide everyday pleasures.”

Believe in yourself. “Be proud of what you produce. The number of times I’ve been told, ‘Get a real job.’ (I’m unable to because of the ongoing pain and being incapable of performing most tasks.) “Persevere, create with love and others will appreciate this and, in turn, it will lead to success.”

More stories you might like:
Queenstown Artbay Gallery founder Pauline Bianchi on why she trusts her gut instincts

Social media. “I am still struggling with this but, again, baby steps as I realize its importance in growing my small business.”