Out of the Wild: How a Tauranga family turned pest control into a natural, edible product for pets 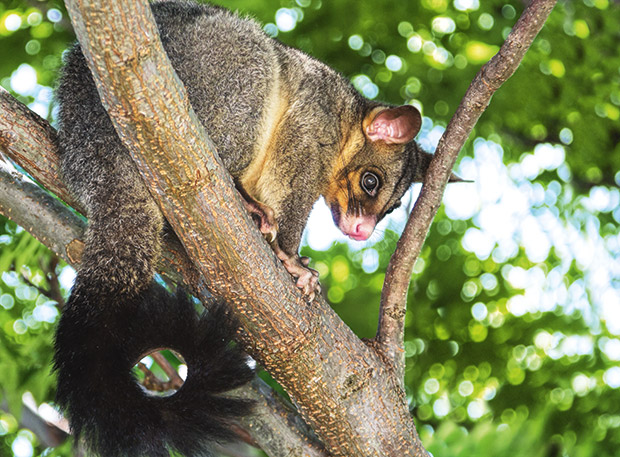 A Bay of Plenty family is turning pests into profitable products.

Who: Sue & Mark Armstrong, Zach Howarth
What: Out of the Wild pet food
Where: Katikati, 35km north of Tauranga

Blake O’Laughlin has a well-paid job in what he calls ‘the best office in the world.’ What started as a teenage hobby is now his full-time business, trapping possums for fur and pet food, earning him $800-$1000 each night.

The biggest possum he’s caught weighed 6kg, much heavier than the average 3-4kg. “He was a mini-bear.” 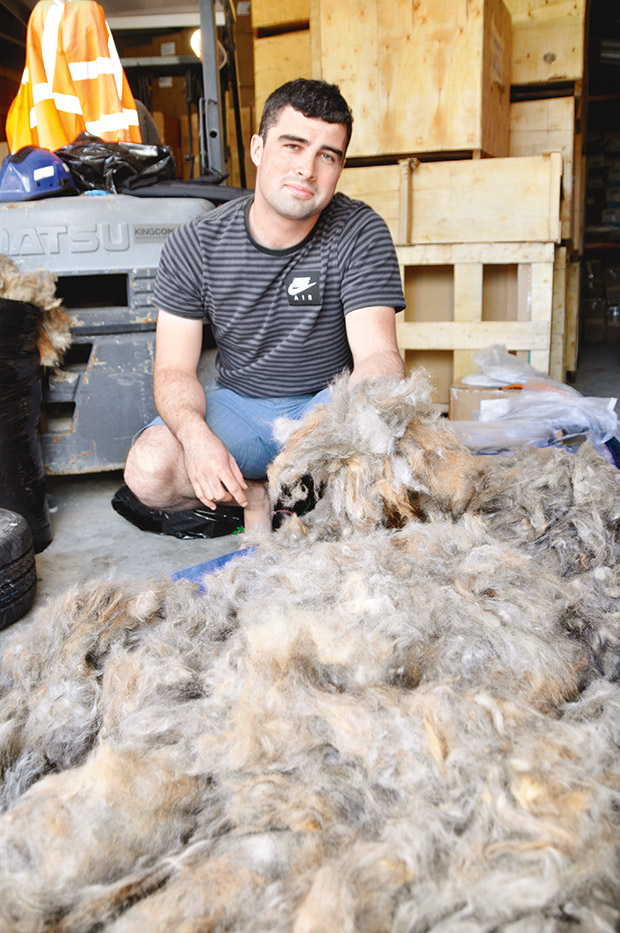 He lays 350-500 traps a day beside access tracks. He returns the following day to collect and euthanise the possums, removes their heads and claws, plucks the fur, and checks them for signs of disease. He then stores them in freezer trailers, ready to transport to processing company, Out of the Wild.

Blake is part of a network of 105 trappers who supply their catch to the Bay of Plenty pet food company. Most trap or hunt for extra income, but 20 or so work full time. This type of pest control is a neglected, under-valued industry with a lot of potential, according to many of those working in it. Currently, private companies co-ordinate teams of contract trappers, tendering for work from the Department of Conservation, councils or forestry companies.

More stories you might like:
What is water kefir? Forage & Ferment has brewed up the probiotic-rich (and award-winning) drink

Bidding is a paperwork maze. Trappers need to have a range of NZQA qualifications, including certification in first aid, quad bike safety, chainsaw handling, hydration, and more. Blake estimates it costs about $1800 to become accredited before you can work as a commercial trapper. Having enough trappers on standby to take on a successful tender is a high commitment for a small business. It was a concern for Zach Howarth, his mother Sue Armstrong, and her husband Mark. They run Pest Pro NZ Ltd, with trapping contracts in the Bay of Plenty, Coromandel, and Waikato, but wanted to diversify their business. The huge amount of possums the company’s trappers were bringing in turned out to be their big opportunity. Pest Pro began supplying the meat to Possuyum, manufacturers of a possum-based dog roll.

They also had wallaby, deer, goat, turkey, and peacocks that were going to waste. That inspired Zach, Sue, and Mark to create their own organic, free-range, additive-free pet food business from the resources they were taking out of the wilderness.

“We thought we could do it better,” Sue Armstrong laughs. “But we didn’t realise what we were getting ourselves in for.” Animals are humanely killed and skinned. Larger ones such as deer and goat are deboned before processing.  Everything is harvested from areas free from TB and far from any 1080 drops. Landowners sign declarations that say no poison or contaminates have been used in the trapping area in the past three years.

Every animal they process is GPS-tracked. The company is audited for traceabililty every six months by the Ministry for Primary Industries (MPI).

“We can trace everything back to where it was shot, trapped or killed,” says Sue. “We know exactly where every single animal comes from.” The heart, liver, and kidneys are checked for TB and other health issues by the trapper, then returned to the gut cavity before processing. Zach estimates they’ve inspected over 70,000 possums since they started the company and have never found a trace of TB.

Out of the Wild now turns approximately five tonnes of destructive pests into raw pet food every week. Zach manages the supply chain (and still does pest control), his sister Rachelle Boyd and her partner Aydan Morrison manage the processing. Another sister, Natasha, shares the admin with Sue.

Sales have skyrocketed for their natural wild meat pet food, a reputation spread by social media and word of mouth. 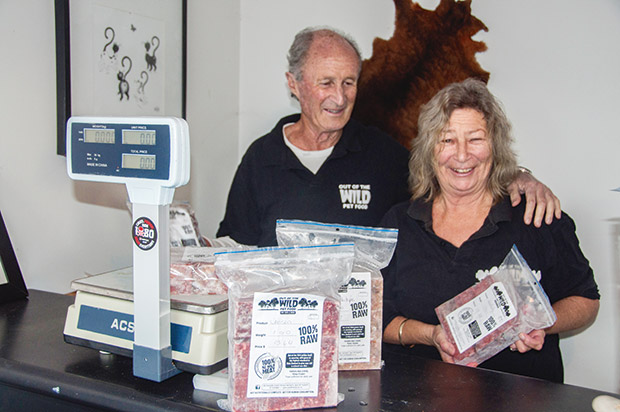 Becoming a pet food manufacturer and retailer has been an enormous learning curve for the whole family. Mark was a life-long farmer; Sue, a caregiver to the elderly. Zach had to learn to use a computer. Sue learned how to skin a carcass.
Possums eat the best food and produce high-quality meat. It has the highest levels of omega 3 and 6 fatty acids of any land-based animal (about six times that of beef), is high in protein, and low-fat.  The entire body is used: skin, bones, organs, fur.

“When we say our products are 100 percent possum, they are just that,” says Sue. “Eighty percent meat, 10 percent bone, and 10 percent organs.” The carcass is finely minced twice until smooth, so the bone is easily digestible.

More stories you might like:
Marlborough distiller Ben Leggett is putting New Zealand on the map for award-winning bitters

Out of the Wild creates a range of pet food from other pests. Hare and rabbit are sourced from as far away as the South Island. They can’t get enough turkey and peacock to meet demand. There’s highly nutritious goat, venison, and wallaby. The family turns meats into a range of cuts. There’s minced, diced, chunks, rolled flaps, possum eye fillet, bones, hearts, gizzards, and tails. Tendons and livers are used for teeth hygiene. Turkey feet are full of collagen and good for joint health. Sue slow cooks large goat and deer bones in organic apple cider vinegar for 40 hours to create a nutritious broth. “We don’t like to waste anything,” she says. The small proportion of waste they create, and anything that doesn’t come up to standard, is composted.

Sue and Zach are both critical of the Predator Free 2050 goal of total eradication, saying it’s impossible. They believe businesses like theirs are a viable alternative. With support, harvesting levels could be high enough to be profitable and environmentally sustainable.

The company’s latest projects are now focusing on research and development, including streamlined packaging, gourmet brawn, and ‘Swiss rolls’ stuffed with superfoods.