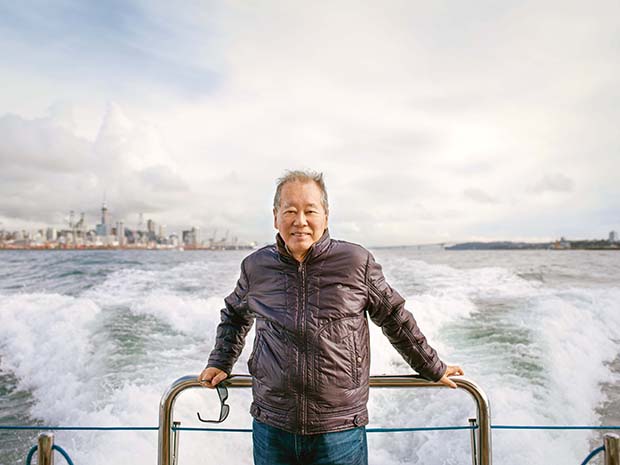 A leading Japanese businessman who has chosen New Zealand as his home, wields art to encourage society to reuse what exists rather than waste resources. He shares his vision for bringing contemporary art into the natural landscape

Quietly spoken Soichiro Fukutake echoes the sentiments of Abba, the Swedish pop group of the 1970s. “We have it all wrong,” he says taking a break for a cup of green tea along the Auckland waterfront.

“Economic activity is not the purpose but the tool. Money, money, money… This headlong commercial imperative just makes us the king of debt, and that does not create happiness.” Mr Fukutake, a resident of seven years, is no stranger to commerce. The Benesse Corporation (which he took over on the death of his father 31 years ago) is one of Japan’s most successful education and lifestyle businesses. This unassuming man doesn’t let on that his wealth is assessed by the (US) billions, but knowing the degree of his business prowess gives weight to his commercial advice.

“What creates happiness,” he says, “is when people belong to good communities.”

In this regard Mr Fukutake has put his money where his mouth is and proved his theory. And where? Some islands in the Seto Inland Sea of Japan were environmental casualties of Japan’s post-World War II modernization. The remote but beautiful islands were polluted by copper refineries emitting sulphur dioxide and by illegally dumped industrial waste. Naoshima and its neighbouring islands were also economic casualties, suffering from depopulation as young people left for the cities. 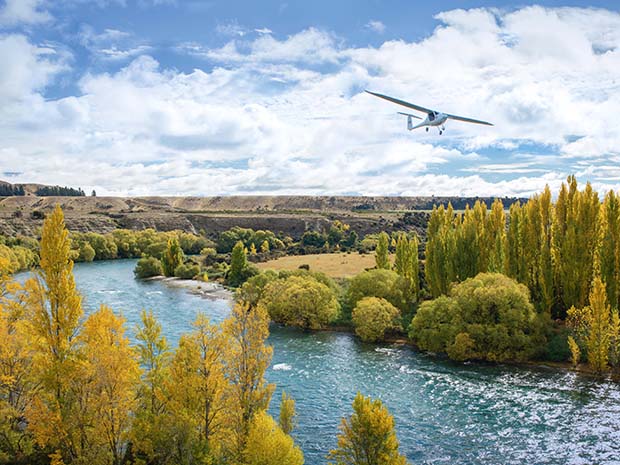 Mr Fukutake’s love of nature also sees him flying his two-seater motorized glider in the southern skies near Wanaka and above the Clutha River. He’s been flying since he was 40.

Mr Fukutake’s father had a plan to build children’s campsites on the island. When, in 1985, the younger man visited the proposed sites, the way of life of these island people provoked a revolution in his thinking.

“I saw the traditional wooden houses, the people’s behaviour and the ties that still existed between neighbours and saw that the island’s residents lived a self-sufficient life intimately connected with nature. 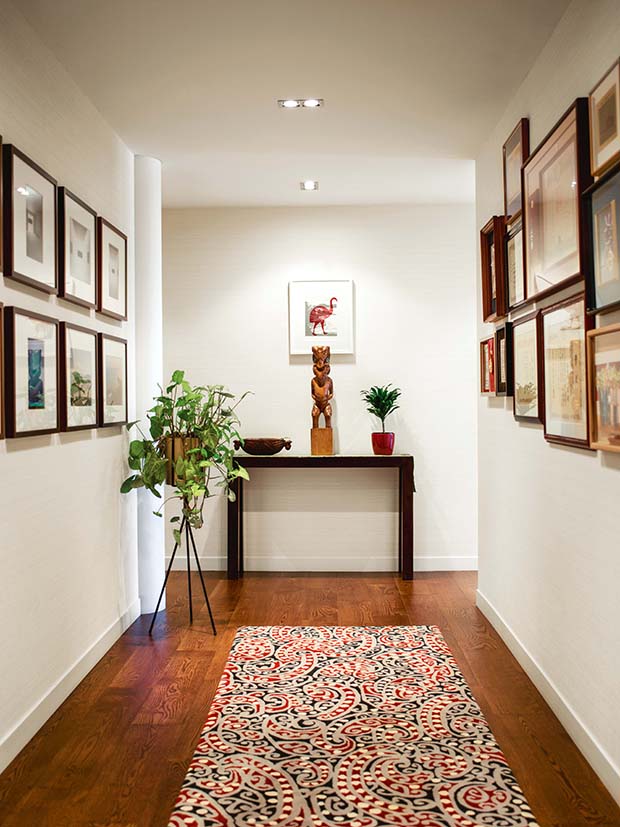 “I found that my perspective on daily life took a 180-degree turn. I started to see modernization and urbanization as one and the same, and our large Japanese cities began to feel like monstrous places where people are cut off from nature and feverishly pursue only their own desires. Today’s cities are far from spiritually fulfilling.”

This new perspective set him on a new path. He changed the name of the family business from Fukutake Publishing to Benesse (Benesse meaning well-being) and set out to restore the island’s beauty and its economy. 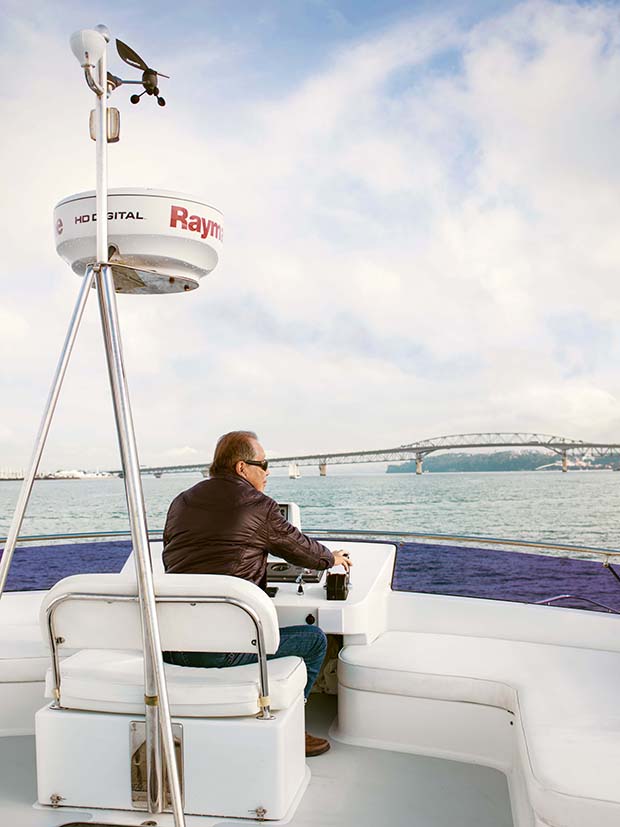 He often ventures as far as the Coromandel, Great Barrier and sometimes even the Bay of Plenty in his catamaran as he loves the ocean as much as he does the sky.

His business plan for the renaissance of the Seto Inland Sea was based on the close connection of the people with nature and on their traditional way of life. And he used art to revitalize the economy.

“Art is my weapon,” he says. “And because I do not ask the government for anything, I can do everything myself and make it work.”

He hired architect Tadao Ando (chosen primarily because he didn’t live in Tokyo) to design a space to house the private art collection Soichiro had spent 22 years amassing. The collection, on Naoshima Island, now includes some of the world’s finest works. 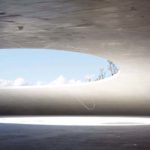 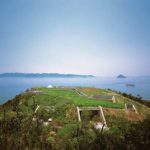 Built in 2004, the Chichu Art Museum is mostly underground. It seeks to promote the relationship between nature and people and houses artworks by Claude Monet, James Turrell and Walter de Maria. 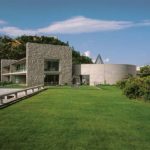 Benesse House Museum integrates a museum with a hotel and reinforces the coexistence of nature, art and architecture. The artworks are found not just within its galleries but in all parts of the building as well as in scattered locations along the seashore and nearby forest. 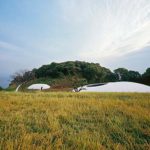 The Teshima Art Museum resembles a water droplet at the moment of landing and is in the corner of a rice terrace that was restored in collaboration with local residents. 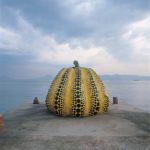 Yayoi Kusama’s Pumpkin is one of the pieces on open-air display and sits at the end of a jetty. 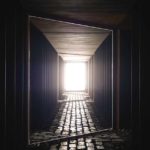 The Inujima Seirensho Art Museum is a converted copper refinery. 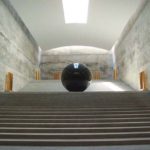 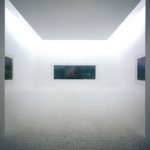 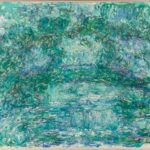 Mr Fukutake and his family wished to contribute to the art scene in New Zealand so loaned another of his Monet paintings.

More stories you might like:
4 plants in the New Zealand bush you can eat in a survival situation

His request to Tadao Ando was that he wasn’t to design a museum, nor just a gallery. The art was to be close to nature where people could establish a relationship with it.

The projects, also bringing a renaissance to Naoshima’s neighbouring islands of Teshima and Inujima, focus on art, nature and architecture. There is even a hotel at which guests can stay among the artworks.

One of the buildings, the Chichu Art Museum, changed the definition of an art museum, and was built in response to the purchase of Mr Fukutake’s fifth painting by French Impressionist painter Claude Monet. Water Lilies is six metres long and two metres high. It was purchased in 2000. This, in addition to the four Monets he previously owned, were to be displayed in a special, almost sacred, space.

He called together architect Tadao Ando (with whom he has now worked for 29 years) and two American contemporary artists, James Turrell and Walter de Maria, to advise on how to house these, his favourite artworks, which he regards owning as something of a miracle. 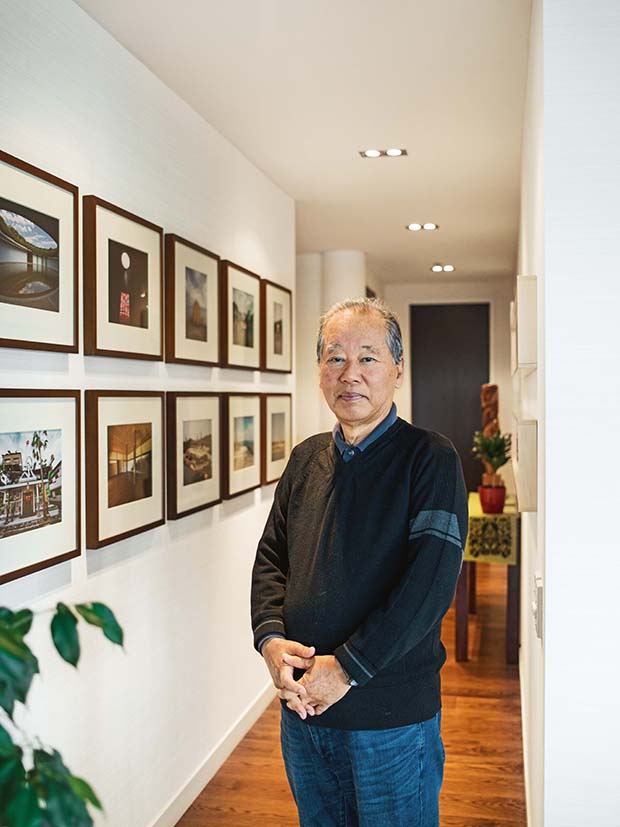 In addition to New Zealand’s beauty and peace, he enjoys the attitude of New Zealanders.

He wanted to provide an environment expressing the will, soul and ideas of the artist and today the masterpieces are displayed in an underground room with a central light shaft allowing the paintings to be lit completely naturally.

The room has white plaster walls and the floor is covered with 700,000 hand-laid white marble cubes. He describes the paintings as “wrapped in diffuse natural light, creating a remarkable and moving experience, which changes depending on the season, weather and time of the day”.

In the 25 years in which he has assisted with the redevelopment of Naoshima and its neighbouring islands, Mr Fukutake says he has seen the older residents becoming increasingly vibrant and healthy as a result of their interaction with the art and with people visiting their island to see it. 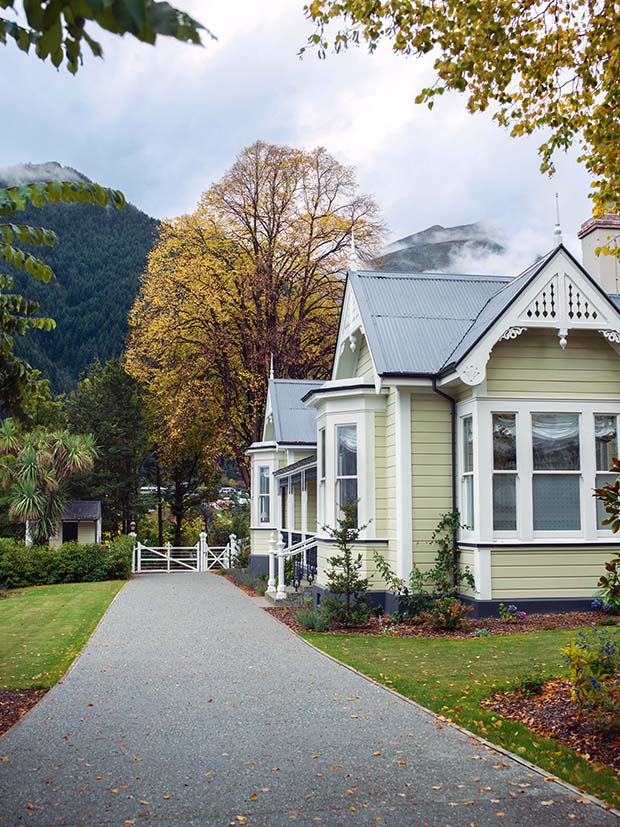 The restoration of historical Hulbert House in Queenstown by Mr Fukutake and interior designer Neil McLachlan.

“I now define a happy community as one that is filled with smiling seniors who are masters of life. If these masters of life are cheerful, even if their physical strength and memory may be slightly weakened, it means that young people can hope for their own futures to be bright – despite the anxieties they might have. It is similar to the phenomenon of mother/child interaction – when the baby smiles, the mother smiles. The smiles of seniors make the younger people smile.”

More stories you might like:
The Collective founder Louise Clark wants to change perceptions of second-hand clothing and furniture

More than half a million people a year visit the Benesse Art Sites to experience both the art and traditional Japanese life. In 2000 Naoshima Island was named by Conde Nast as one of the seven wonders of the modern world. The boutique lodge celebrates and recycles its past with exposed stone walls in the bar area and custom-made carpet inspired by traditional blue and white china.

And his hopes for reinvigorating his chosen land of New Zealand? What do they entail?

Quite a lot: in addition to encouraging the government to build a stronger education sector, he talked to (then deputy) prime minister Bill English about sustainability.

He’d like to convince the government that it is not only possible but also desirable to convert New Zealand’s vehicle fleet to electric-powered batteries. He converted his white 1970 Mercedes-Benz 280SL and it runs admirably.

This fits his ethos of creating nothing new unless it can be created from something old. Repurposing is his mantra. Why, when there’s an existing fleet of vehicles, are more needed to be built? Why not convert the existing ones to run on sustainable energy? Indeed. The six-room boutique lodge celebrates and recycles its past with exposed stone walls in the bar area and custom-made carpet inspired by traditional blue and white china.

He dreams of New Zealand becoming the leader in self-sufficient energy and says he admires the New Zealand government for being capitalist but not greedy.

“Economy is a servant to culture, not the other way around. The government could take the initiative and if they looked to nature, they would be able to be innovative about the solutions.” 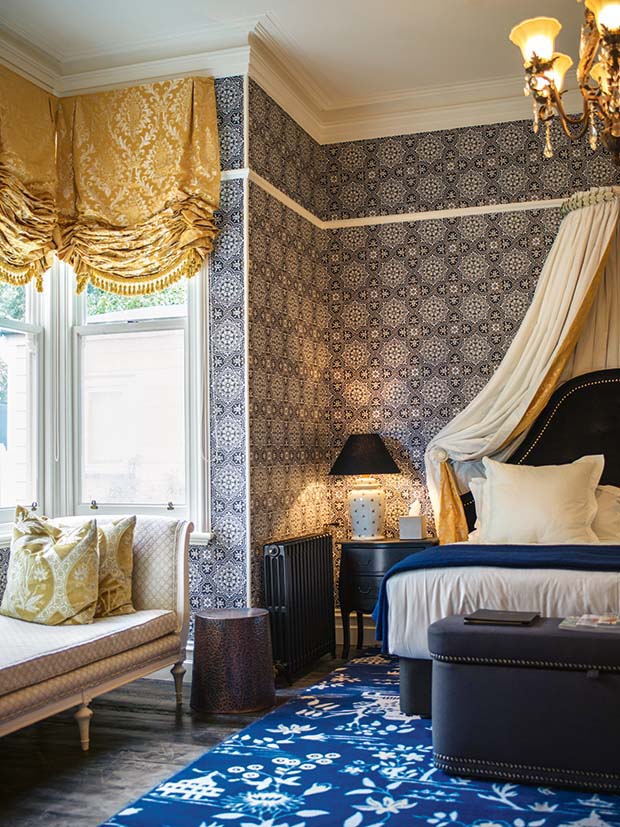 Mr Fukutake always looks to nature. In fact for a great deal of the time he is right in the thick of it. That’s how he most enjoys life – in his happy places of sky and ocean. His favourite pursuits are taking out his catamaran on the Hauraki Gulf and flying his motorized glider above the Southern Alps.

“I’m neither a philanthropist nor a critic but a regional entrepreneur. I know that corporations are the main engine creating almost all wealth in society, but my ambitions are diametrically opposed to financial capitalism that has taken the global economy to the brink of collapse.

“Under my public-interest capitalism system, corporations would establish foundations to make systematic contributions to society through culture. Such a new partnership between culture and corporations would promote community revitalization.”