There’s a reason why Brook MacDonald is a top 10 World Cup mountain bike rider, and it’s related to  his nickname.

He may be a regular Top 10 rider in the UCI World Cup Downhill circuit, but when Brook Macdonald returns home to Hawke’s Bay at the end of each year, he loves nothing better than blasting around Pan Pac Eskdale MTB Park with friends.

“Living here in Napier is great,” begins the rider who has earned the nickname, Bulldog for his ability to bounce out of crashes.

“It’s a great area to base myself with lots of good riding nearby. You’ve got trailriding, road riding, downhill and Rotorua just two hours away.” 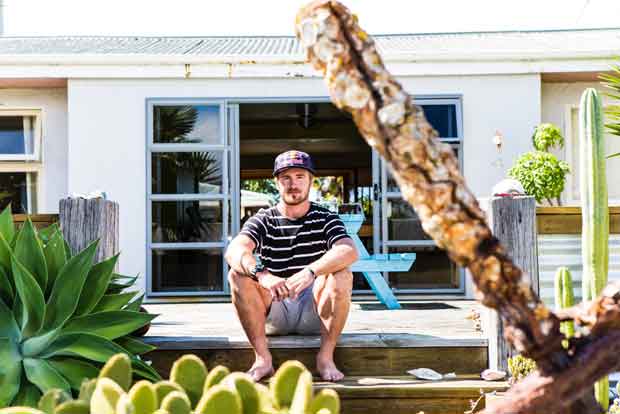 Brook takes a break from riding during the off-season at his home in Napier.

He said the lifestyle in Napier and its proximity to the rest of the Central North Island trails made it easy for him.

“It’s nice to spend a lot of time at home in the Hawke’s Bay and to unwind and even take a break from bikes for a bit. I usually have a bit of a blow out and party a bit,” he laughs. “I’ll go trail riding with my mates, ride my motocross bike and just keep active doing different things. I have a lot of friends that just like to go outside and venture off into the wilderness. We go hunting, catching fish, surfing – the surf is pretty good in the Hawke’s Bay area, too.” 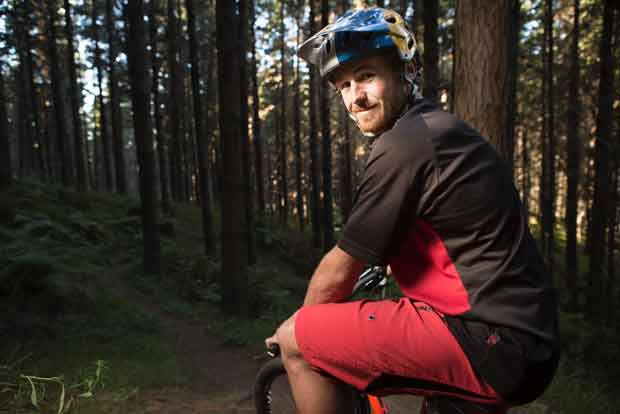 Brook, 24, is a high-achieving downhill mountain biking athlete. He won the 2009 Junior World DH Championship, then finished 6th overall in the UCI World Cups in 2011, then backed that up with a 7th in 2012. He won the 2013 NZ Downhill Championships and the following year he finished 5th in the World Championships and 11th in the World Cup Series. In 2015 he rounded out the top 10 in the UCI World Cup series with Trek World Racing, before signing with the GT Factory Racing Team for 2016.

More stories you might like:
The Old Ghost Road takes hikers through historic terrain on a 85-km, multi-day tramp

As a professional racer Brook gets paid to race and represent the brands of his team and his personal sponsors, but he admits he isn’t in it for the money.

“It’s pretty good these days – I don’t have to come home and work in the off-season like I used to, but I’m not in it for the money – I actually enjoy going overseas and racing. At the end of the day this is my job and I have to be able to make a decent earning off that. When you consider what we are doing each week then I think the money could be better. The support of downhill is not quite there yet – it’s nothing like a rugby player in New Zealand, but I’m happy riding my bike and racing.” 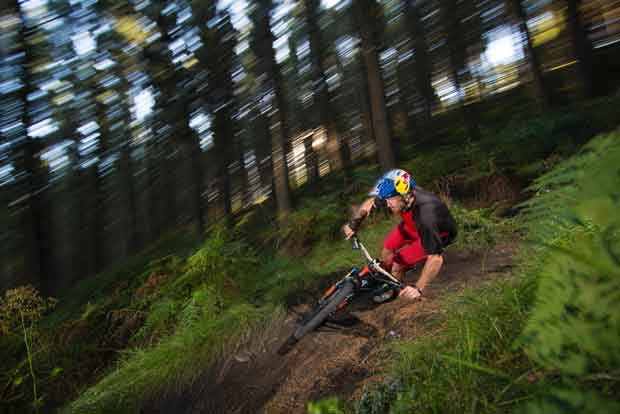 “I think it came around from some of the big crashes I have taken and walked away from like nothing happened,” he laughs shaking his head. “He maybe saw me riding some rockgardens and ploughing through them – perhaps I ride like a bulldog,” he laughs. “It’s a bloody good nickname.”

The Pan Pac Eskdale MTB Park trails offered something for everyone, said Brook. 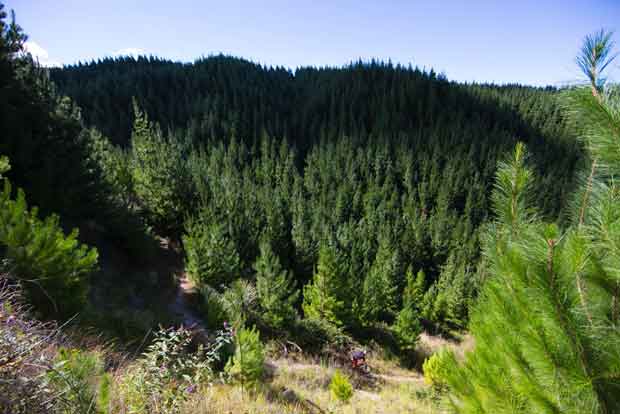 “They have with a good mix of everything from tight, steep, fast, open trails with flat corners, off-cambers – pretty much whatever you want to ride we have it in here,” he adds. “The guys here at the Hawke’s Bay Mountain Bike Club and a bunch of volunteers have done a really good job of building the tracks and making them rideable for everybody. I haven’t ridden every single trail – there are five blocks of them in total – a solid base of forestry riding.”

“I base most of my cardio training in the forest here. It has good climbing trails, fun descents and you can definitely link together a decent workout.”

He said the development of the trails on Te Mata Peak were some to keep an eye on as Napier and Hawke’s Bay grew its cycling offering.

“We have 100km-plus of cycle trails here with the Hawke’s Bay Trails,” he shares. 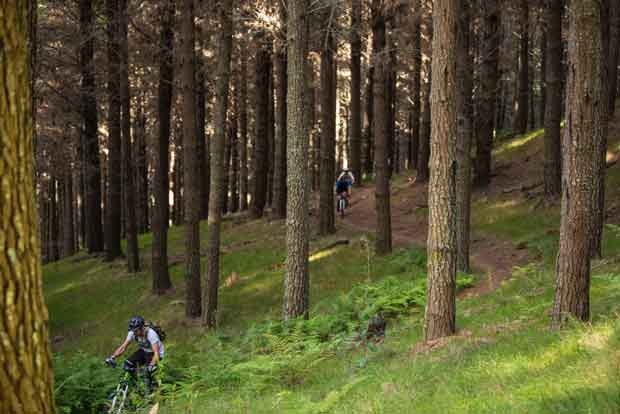 “They attract a lot of older cyclists and less-experienced riders, which is great to encourage people out and riding bikes and enjoying the scenery.”

“A pump track is now on the shore front and it’s amazing to see the region go from zero to 100 real quick on the cycling scale,” Brook considers. “We have a BMX track now, the pump track, all the cycle trails, a new forest for trailriding – cycling is thriving in this area now. I think we will see more and more people riding as a result of that.”

When you next visit Hawke’s Bay make sure you include a ride at the Pan Pac Eskdale MTB Park and keep an eye out for Brook – he may even show you some of his favourite trails. 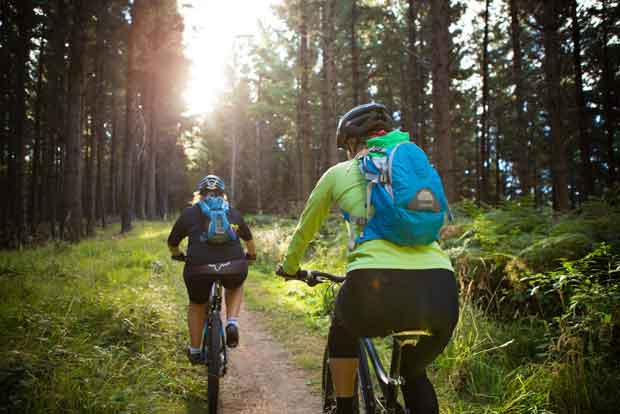 The network features more than 100km of Grade 2 (easy) – Grade 4 (advanced) trails with lots of interconnecting loops. Staged in a working forest all riders need to purchase a permit first so they can learn about current forestry operations.

More stories you might like:
Actress finds her happily ever after in Rakaia Gorge
Discuss This Article