Finding Love in the Australian Outback 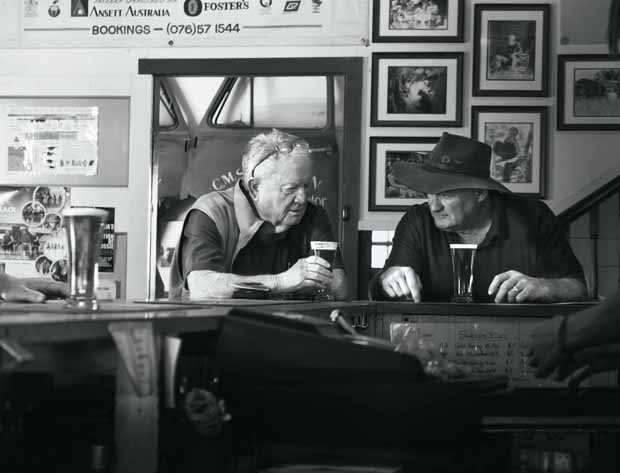 In a parched and withering place, a New Zealand photographer gets instructions on how to live.

Halfway between Cloncurry and Mount Isa, right in the heart of the Australian Outback, I learn a lesson from Love about dealing with life’s unsolicited traumas. I was in the Walkabout Creek Hotel, elbows propped on the wooden bar, taking long pulls from a Great Northern. The hotel’s claim to fame is that it was cast in the film Crocodile Dundee. But I’ll remember it for different reasons.

It was here I met Kevy Love. And in one pint and with a drawl as dry as the dirt outside, he imparted an unforgettable life lesson – without any intention of doing so. 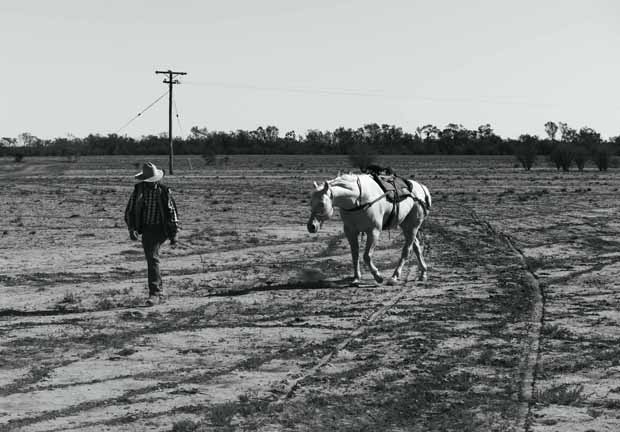 I’d traveled 450 kilometres from Winton under a blazing blue canopy, along endless, mesmerizing, ruler-straight roads, the land on either side spiked with thousands of rusty termite mounds like tombstones in a giant graveyard. It’s a fitting metaphor. This land hovers on the cusp of desperation. Queensland’s heart beats – but barely.

In the preceding three years the sun has sucked every nano drop of moisture from all things living, seemingly without discretion, turning land into sand with a crazed brittle-brown crust that emits puffs of dust as my boot embeds its tread print – and my presence. It’s turned trees into bone-white skeletons with desperate roots that stretch across the surface of eroded soil like veins on the back of a hand.

The landscape is littered with kangaroo carcasses, bony feet reaching towards the sun in supplication, jaws wrenched open in a death-throe gape. The viaducts are empty. The rivers trickle. The steers have long since been transported to greener pastures, while the farmers wait for theirs to green. 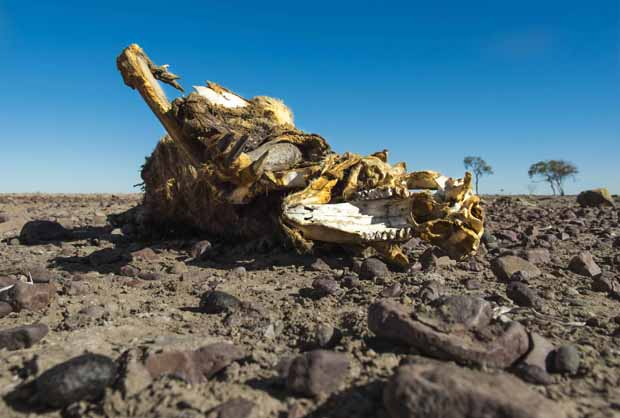 They wait. And wait. And wait. For rain. The sun’s glare has compressed their eyelids while empty bank accounts have creased their foreheads. The land has warped their limbs and curved their backs and gnarled their hands and thickened their knuckles and shrink-wrapped their skin and moulded their spirit.

So shaped are they by the environment that there seems a contiguous line between them and the earth they live on. Mostly, they speak in measured, deliberate sentences … with … long … pauses, free of embellishment as if to conserve energy. Nothing goes to waste. Not even words.

More stories you might like:
Kiwis need to be more adventurous with their campside cooking, say the authors of The Camping Cookbook PLUS three gourmet camping recipes

From the roadside my vista is a canvas that stretches towards a far-o shimmering horizon, uninterrupted apart from that miracle of botanic survivors, the tree that provided longlasting fence posts and clean-burning fuel for early settlers – a shade-giving gidgee – under which slumber the few emaciated roos that remain clinging to life’s parched edges, on occasion hopping listlessly, like in a slow-mo movie. But mostly they sit. Waiting. Waiting for rain. 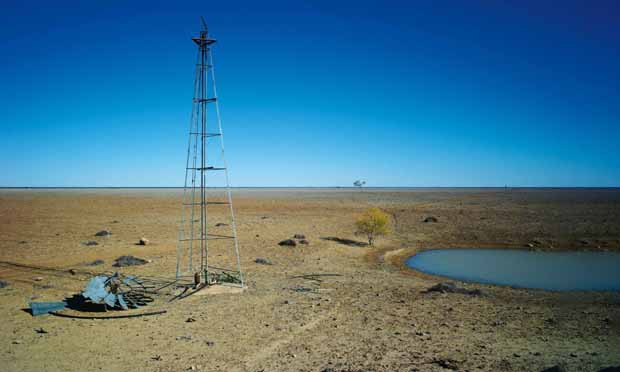 Everything before me is arid, barren, brown, lifeless, desolate, hard, unforgiving uncompromising, still, silent, hot – and yet. And yet. It’s thrilling. A landscape so expansive and empty it defines my own presence like a speck on a large white page. The notion that I could head towards that distant shimmering horizon and stand miles from nowhere – just me, myself and space – is liberating. Enticing.

In the evening, witnessed in the absence of street lights and illuminated office floors, the sky, folding down towards that horizon, becomes a chandelier with a trillion sparkles. The boundaries of a universe, more than a hundred million centuries old – of which I am no longer the centre – evaporate in a way I can’t quite grasp. I muse over possibilities of supernova and singularity and black holes. It’s exceptionally… jaw-droppingly… inspirational.

Beneath the arid surface, hidden from my view and the burn of the sun, cells hibernate, anticipating the catalyst needed to trigger action. When water arrives, usually in a torrent of 25 to 30 centimetres, the dry earth swells, gorging on moisture and transforming dust into a muddy slush. In as little as 10 hours, brown becomes new-birth green. The stock that has been grazing on leased land 650 kilometres away is rushed back to feed and breed on lush pastures. Foreheads ease. The cycle begins anew. 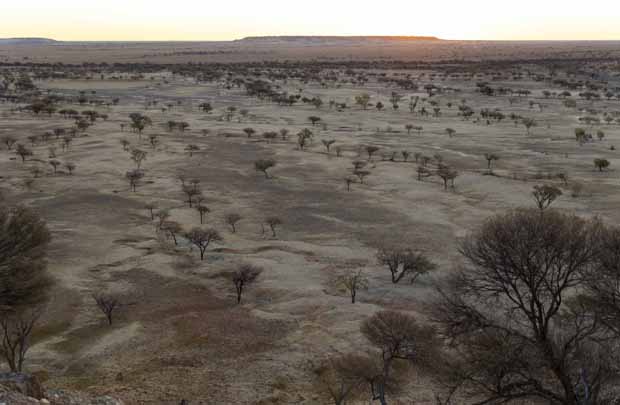 Love has his back to me when I enter the Walkabout Tavern. I rub the glare from my eyes. Perched on a bar stool he wears the ubiquitous Outback short shorts, Stubbies. He is leaning over the bar where mouth meets glass in a lingering steady rhythm. Love’s face is at home in the Outback. His nose is statue blunt, as if the point has been chipped off. His rounded face resembles that of a Renaissance cherub but with a salt and pepper chin. It wears a warped grin that is weighted to one side where his words slip out like tea being poured from a spout. Then I notice something more. His left leg is badly scarred. It boomerangs awkwardly from his hip. And along the length there are sores, crusted black, each the diameter of a 10-cent coin.

I point to Love’s beer and grin. “I’ll have one of those please.”
Then, “Good afternoon to you. What’s that you’re drinking?”
Pause. “A Great Northern.”
I nod to the barman.
Then to Love, “How’s your day gone?”
“Ohhh yeahh.” He pulls on his beer. A long pause. The conversation is over?
Eventually, from out of the quiet, he says, “Where are yous from?”
“Auckland … um … New Zealand.”
“Ohhh yeahh.” Sip. 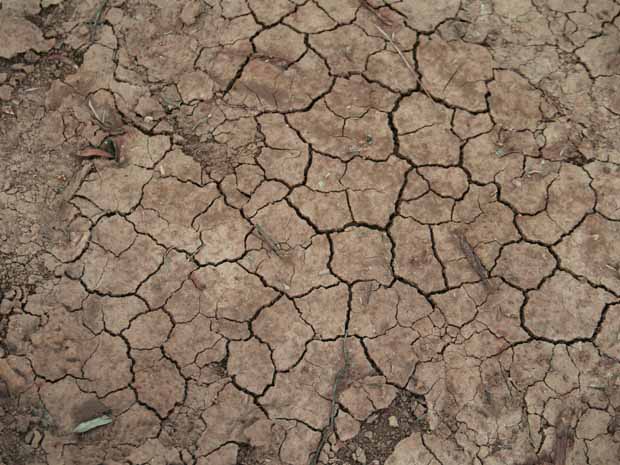 Kevy retired at 60, seven years ago. He’d been out fishing a while back and when packing up for the day he was surprised to notice his left leg had swollen and the skin had turned warm and red. A small painful bump developed. It quickly grew and the pain got worse. Fatigue set in.

The bump began to ooze, then discolour. The leg had started to decay. A little later sores erupted. It was a while before the hospital doctors discovered that a rare but extremely vicious bacterial infection had entered Love’s body through a small cut in his heel while he was standing in water. Doctors diagnosed necrotizing fasciitis, more commonly known as flesh-eating disease. It had begun chomping its way through Love’s leg muscle. Doctors contemplated amputation. Instead, they opted to scrape wasted muscle back to the bone before replacing the cavity with muscle from his back and buttock, together with polystyrene. The muscle grew into the polystyrene. “So they had to scrape it clean again and start over.” 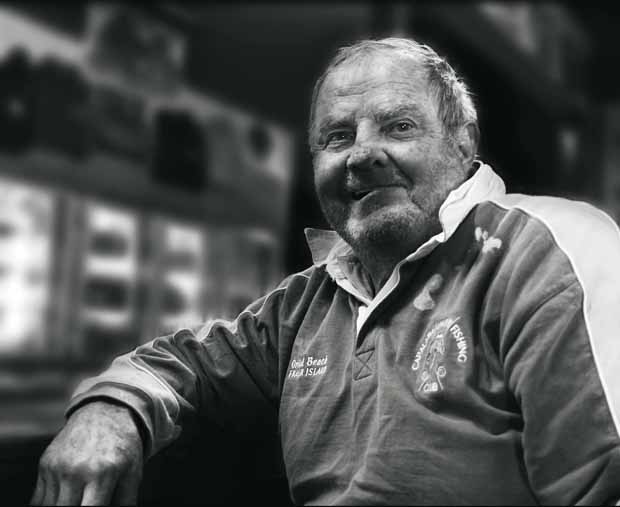 “Pain. You’ve never felt such pain. I was full on morphine.”
For the first time he turns and looks at me. “I died twice.”
I can see nothing in his face – an almost deadpan expression – that resembles the terrible suffering in his story. No anger. No resentment at a sudden unimagined, catastrophic life-turn at a time when everything is meant to ease up.
“Died?”
“Me heart stopped. Organs shut down.” Later I read that 20 per cent of people who contract the bacteria die.
I sip my Great Northern. I never thought I’d get the chance to ask this question. But who doesn’t want to know?
“What was it like? You know – being dead. Light at the end of the tunnel, outer-body experience, past lives and all that stuff?”
“Nothing, mate. Nothing. When you’re dead, you’re dead.”
I nod in the silence.
Then, “Not exactly the sort of retirement you’d planned …”
He drains his glass, reaches into his pocket and places a note on the bar.
“That’s life, mate. It’s life. You just … keep going.” 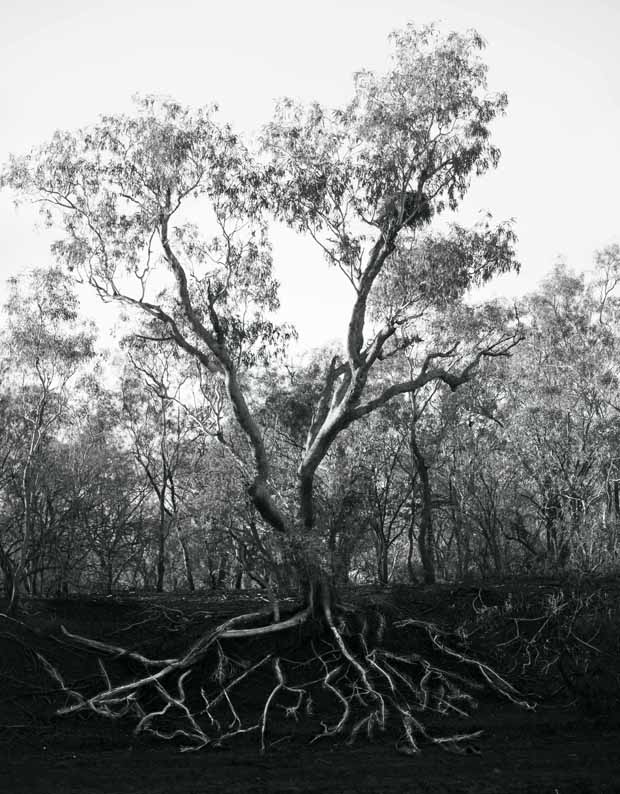 He points to the glass and the barman starts pouring another. In a split-second burst I rewind the movie of my life. There are no specific details, but across the screen runs a long list of petty resentments, anger and woe-is-me hardships. Far too many … far too insignificant.

Kevy Love, who turned down two dates with Mr Reaper and endured numerous excruciating operations and the threat of amputation, is getting on with it. No fuss, no song and dance. A bloke who has not let a muscle-devouring bacteria consume more than his leg. An Outback bloke who just keeps going. Because that’s what you do in times of crisis. Stay steady, keep going.
I drain the last of my Great Northern, turn and extend my hand. His grip is tight and rough and slightly clammy.
“See you, Kevy.”
“See ya, mate.”
Likely, we’ll never meet again.

The glare is sharp as I step out onto the dirt and stride off into the Outback. Ahead of me, more stories and experiences are waiting in this land of extremes. Just before I reach the car I inhale deeply and cast a glance back at the Walkabout. Then I jump up and down, feeling the muscles in my legs expand and contract. Damn, that feels good. No. It feels great. Really great. 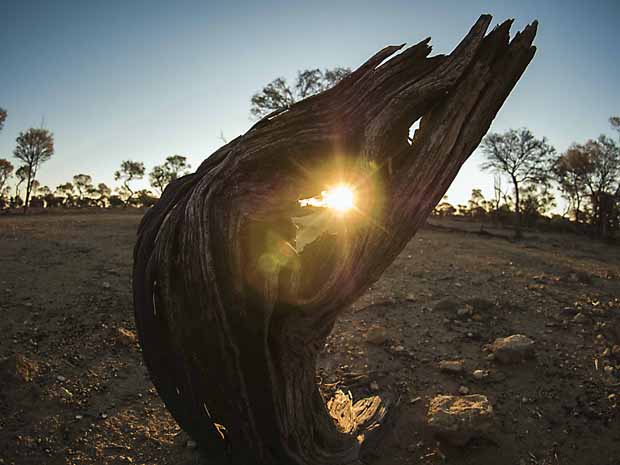