The best sex strategy for a lifestyle block 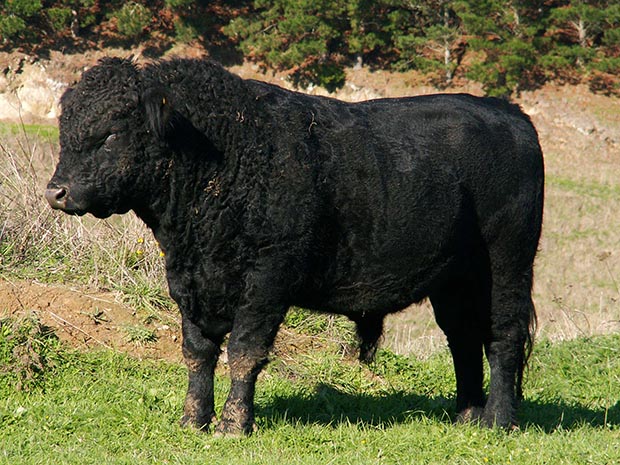 The thought of pampering a male 364 days of the year so he can have sex on the remaining day irks my feminist principles, but years of testing sex strategies show it does have its merits.

To produce milk, a cow must first produce a calf. To produce a calf she needs to get impregnated by one means or another and running a bull on my 3.5ha (8.6 acre) block turns out to be the best way for me.

With my first house cow, mating was simple. I lived on my parents’ beef and sheep farm on the East Coast and when she felt like it, my cow tootled off with Dad’s bull, and a calf would duly appear in spring. Things just pretty much went as nature intended and I didn’t think too much about it.

Now, with only one or two cows and no free-ranging, free bull available, I have had to come up with different sex strategies. I’ve conferred with vets, neighbours and professional dairy farmers and all have offered advice and solutions, but they don’t necessarily suit a small block where grass is precious, organic and natural methods are preferred, reliability essential, and safety around kids an important factor. METHOD 1: MONOGAMY
Sion was a lovely registered Welsh Black bull that grazed with my two cows and very reliably got them pregnant. They produced compact, cute little calves each year that grew into prime steak. No hassle, no stress.

He did, however, eat a lot of grass, more than a couple of quick encounters seemed to warrant, but he did the job so he stayed.

Then the teenage hormones kicked in. At about three years of age, he started getting ‘bully’, which is not surprising for a bull perhaps, but by year four I was having to warn kids, townies and wwoofers not to turn their back to him.

As with all entire males (hubby excluded), I never let them get too close, become too friendly or lose respect for my authority. Even so, he was now stomping and pawing and flexing his muscles and make dirt holes everywhere, not really threatening, but no longer trustworthy around the sort of visitors I have (that is, people with no animal sense whatsoever). Since I contend nothing is worth the risk of an injury, he went to the abattoir and I was pleasantly surprised at the cheque.

METHOD 2: POLYGAMY
My next strategy was to time-share. A neighbour has four cows (which he uses to raise calves) and we decided one bull between us would do.

Actually, due to a fence-jumping incident I won’t go into, we had already tested this procedure and thankfully he had quite liked the resulting Welsh Black-cross calves.

I sourced another Welsh Black bull and he grazed at the neighbours and when the time came, I led my house cow over for a romantic holiday.

Unfortunately female cattiness is rife in the bovine world, and whenever I looked over the fence, his cows were making sure mine wasn’t getting anywhere near their man. She was ostracised and obviously miserable but I figured when the time came he would see her attractions, assert his rights and nature’s urges would overcome all.

Wrong. Do not underestimate feminine possessiveness. Three months later she came home and, as we later discovered, she had not conceived. METHOD 3: PIMPING
I have several neighbours who are all fantastic at sharing resources which makes life so much easier.

The commercial dairy farmer next door uses several bulls to service his heifers, up until Christmas. Being a good neighbourly person with lots of summer grass, I offered to graze a bull for him for a couple of months after he had finished with them.

This worked wonderfully. We opened a gate, led my cow through and the bull followed us home. He had time to pay individual attention to my cow, wine and dine her properly and nine months later a baby was born.

But that was the sticky bit. Nine months after Christmas (as many mothers know) is September. Although I originally thought September-October would be a perfect time for calving – warmer weather, less mud and more grass – I was wrong.

Excess grass around calving contributes to milk fever and it was difficult to source foster calves that late in the season. Suddenly, what had been almost free from the neighbours was big dollars and serious travel away. If I wanted to foster two or more sets of calves onto my cow (which I did), I needed her in sync with the commercial dairy farm cycle, so she needed to calve sometime in June-July.

Method 4: sperm donors
Most dairy farmers simply use AI (artificial insemination) and require no bull at all.

They determine when the cow is cycling, put in a call and a technician arrives and inserts the herd with ‘straws’ of semen pre-ordered from a charming bull with all the right attributes. This,
said neighbour number three, was the way to go.

The first part of the equation is determining the window when the cow is on heat. Cows cycle every 18-24 days, are ‘on heat’ for about 14 hours, then ovulate 8-12 hours later.

More stories you might like:
How to develop a safe lighting programme for hens to improve egg laying in winter

It’s a rather short window to pick up and act upon. Dairy farmers use tail paint (literally a spray can of special paint) or stickers. You put these on the tailbone of the cow and when she is on heat (oestrus) other cows will mount her and rub the paint or scratch the scratchie. You will spot this immediately and call the AI technician to come and insert the semen and she will become pregnant.

However, in practice my cow did not like the stickers or the paint and would flick at them with her rather long (and I considered both beautiful and essential for fly swatting) tail. This would cause a degree of rubbing and it was hard to tell what was what.

I eventually found a sticker that had a red dye capsule in it, one that would break and therefore be definitive. But then when she did cycle, who was there to mount her? Her bull calf. Could he reach that high? And I had to check her twice a day to catch whether she was ovulating.

The next problem was sourcing the semen and getting a technician lined up. I have a friend who moonlights for extra cash as a technician but try calling LIC and telling them you want one single frozen semen straw.

I tried this several times. It never worked. I obviously wasn’t getting my timing right, and my cow developed a distinct aversion to strangers sticking their arm up her jacksie. I can’t say I blamed her. While I had a good bail to hold her in, the stress may have contributed to the lack of success.

However, Gallagher has recently released a Flashmate® Heat Detector. This electronic button “needs significantly less understanding and skill in correctly identifying heats” so I think I will give one a try on my new cow next year.

AI (artificial insemination) and AB (artificial breeding) are the same thing. They both refer to the same procedure – artificially inseminating a cow with bull semen – but AI is the Australasian term. Shadow with her twins. It is possible (and apparently not as uncommon as it once was) for a cow to have twins. Shadow surprised me with two calves at her first calving (natural conception) and raised them both without any problems or need for assistance.

METHOD 5: SYNTHESISED
My new cow is a beautifully-natured, small, A2 Jersey. She’s raised seven calves this year, and we’ve had enough milk left over to fill the fridge with cheese and cream and milk galore. She is (almost) the perfect house cow and I would love a heifer calf from her.

To ensure I got what I wanted, when I wanted it, I decided it was time to give nature a helping hand. CIDR (Controlled Internal Drug Release, pronounced ‘see-dur’) was developed in NZ in the 1980s and is a progesterone-releasing device inserted into a cow by a vet. I had some concerns regarding artificially disturbing her natural rhythms but my vet assured me it was no different to me taking the Pill, simply resetting her cycles.

It’s all very clinical: injection, CIDR inserted, time calculated, CIDR out, another injection, sexed semen ordered (via the neighbour) and the AI technician arrived on schedule.

All very clinical, costly and useless. CDIRing has a 50% success rate, and while it was worth a crack to get the heifer calf I wanted, it was just as well I had a back-up bull that I ran her with afterwards. She is pregnant, but not by the CDIR method. METHOD 6: TOYBOY
Part of my cow’s duties is to raise next year’s steak. To save any hassles, I always get bull calves and castrate them so I only have steers.

Now I’m simply going to leave one entire. If I can get hold of a Murray Grey-cross calf, he is the lucky boy. I like their nature and the fact they are naturally polled (no horns). I’ll raise him with the other calves for 14 months, run him with my cow for three months, and come Christmas, sell him off the farm.

It’s simple, profitable, no stress and, so far, 100% successful. This is now my preferred method and what I do even if it is just as a back-up for an AI.

Biennial calving
Annual mating is a hassle, so if you are milking for your own consumption you can consider calving (and therefore mating) only every second year.
I haven’t tried it myself, but a Hare Krishna community in England only mate their cows every three years as they do not want to overpopulate or dispose of unwanted calves.
Their cows average 15 litres per day in their first year of lactation (plus raise a calf) and then five litres per day in the second year. Milking into the third year after calving still produces three litres per day, ample enough for a household’s personal use. 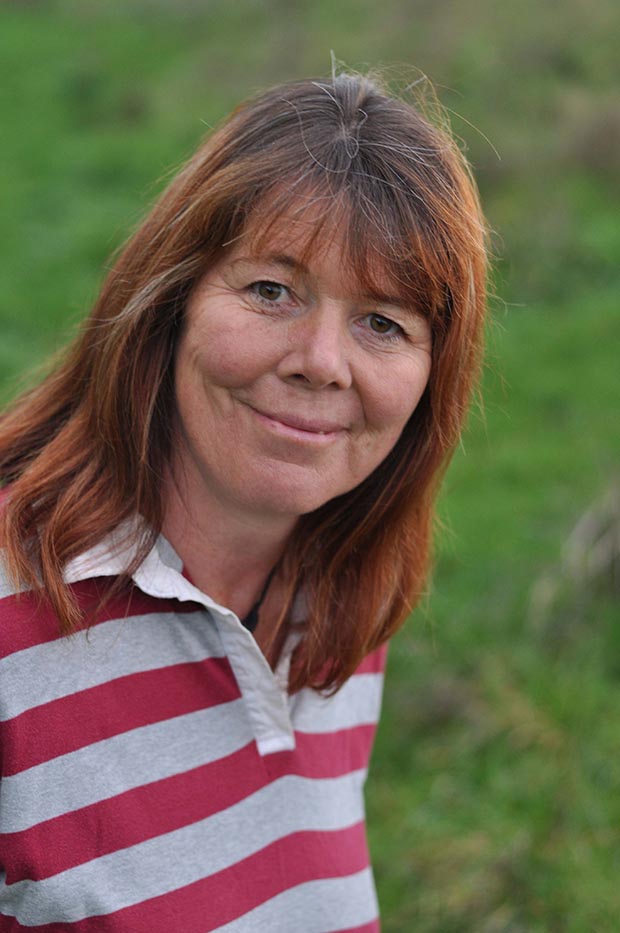