Blog: A phone full of memories

When an iPod was stolen from our family’s car last year, it felt as if we’d been robbed of a melodic time machine. Divested of music, I suddenly remembered just how powerfully certain songs can catapult us back into places and periods we’ve lived through. 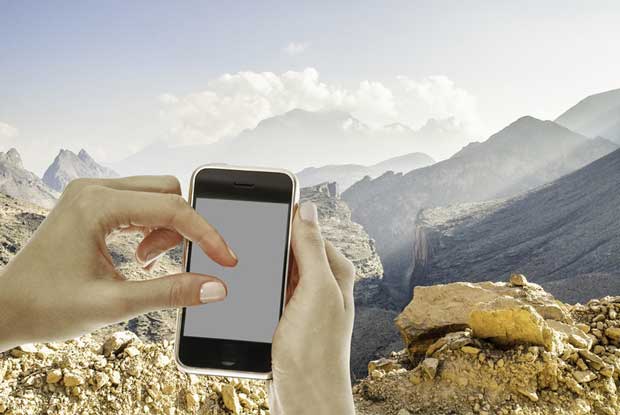 James had purchased the iPod shortly before he, and I left New Zealand for 18-months of backpacking through Kuwait, Egypt, Tanzania, Northern Iraq and Syria. He’d loaded it not just with our favourite music, but also with reams of jazz and blues to explore on the road.
As we travelled, we collected more music from people we met. In cafes, hostels, huts and lounges; iPods were laid out on tables for transfusions; inserted with wires like intravenous lines through which fresh new music was pumped. We gained bizarre sounds from a Hungarian couch-surfer, quirky pop from a German traveller, an American jazz-lover’s compilation of US avant-garde beats, opera defined as compulsory listening from a bankrupted Englishman teaching in Kuwait and the list goes on.

Most of the music was backed up, and not everything that’s gone will be missed. The thieves can suffer the wailing love songs of Lebanese rock stars as penance. Let them sit through the rare recordings of 19th Century Kuwaiti pearl divers banging pot lids and singing as a sentence for their crimes. And if they loathe the 16 gigabytes of monotonous drum and bass gifted to us by a Tanzanian aid-worker friend as much as I did; well good.

Of course, the burglars couldn’t take the memories loaded into some songs. The ability to time travel remained with us after all. The iPod held music from a specific period in our lives, and as we rebuild our collection and tune into old tracks once more, I’m unexpectedly transported into past moments that are recaptured more wholly than any video footage can ever achieve.

Who knew that while Queen’s Bohemian Rhapsody played on rental car speakers as we drove, lost, through a dusty town in Northern Iraq; my mind was recording the dry, faded beige of the crumbling buildings, the potholes and the shouting boys on a street corner kicking a ball as the scene to forever accompany Freddy Mercury’s voice?

Pink Floyd’s song Mother always brings with it James approaching a borrowed bed at 2 am, bearing a cheeky grin and a shot glass of tequila as he serenades me from sleep.

Massive Attack’s Hymn of the Big Wheel instantly takes me to our place in Erbil, Northern Iraq. It’s early morning, and with growing dread, I’m psyching myself up for another day of standing at the front of a classroom, teaching English to reluctant, pubescent boys. James plays the song loudly. I kiss him goodbye and leave the apartment, walking down the long, dimly lit corridor as the song’s thumping beat echoes after me. There’s that knot in my stomach again. There’s the harsh sun making me squint as I leave the building.

Until I heard the song much later, I’d forgotten that Jimmy Cliff’s Many Rivers to Cross was on the iPod headphones as we pulled out from Luxor on the night train to Cairo. Yet there it is as he croons; the lurching clunk of the carriage, the silhouetted apartment buildings sliding past and the sudden sight of the Nile glowing apricot silver, reflecting the last moments of a fading sunset before Egypt is swallowed by night.

The soundtracks to our lives form regardless of how consciously we are recording them. Depending on circumstances, particular songs porously suck up the emotions and environment of a time for their listener, later acting as an auditory portal to the past. This is part of music’s magic. Providing the tune is accessible, the channel to the past can be opened.

At the moment our daughter Vita is compiling a playlist of dance songs in preparation for her fifth birthday party. Johnny Cash’s Jackson is top of her picks. Given the opportunity, she will play the song over and over. I want to activate the recording mechanism in her mind so she remembers this age when she’s 30 and 40 and 50. I’d like the song to remind her forever of how it felt to always run instead of walk; how exciting it was waking up every morning to a new day stretching out like an unwritten page, and how hard it was to ever stay still because there was so much playing to be done.

As writer Edward Bulwer-Lytton said, ‘music, once admitted to the soul, becomes a sort of spirit and never dies.’