Polly’s blog: the circle of life


Polly’s children learn about life and death in the animal kingdom.

Recently James and I heard that our home-schooling certification has been approved by the Ministry of Education.

As part of the application process, we were required to detail what we’ll be teaching five-year-old Vita, and how we’ll facilitate her learning. Because we’re surrounded by native forest and are continually exploring ways of increasing our self-sufficiency, it was inevitable that biology would feature in the syllabus.

However, neither James nor I mentioned death as part of our curriculum. We were focused on living resources, outlining a project involving seed germination and food cultivation. Using the world on our doorstep, we were going to learn more about our chickens, how they evolved from dinosaurs, and what was happening inside the eggs our ducks were incubating. Our two new pet rabbits were going to offer sessions in animal care, classification of mammals and a study of dietary needs.

Then Pax, our family dog, snuck into the rabbit enclosure to hold an impromptu lesson of his own. If he’d taken the time to explain, he’d have called it a demonstration of the predator/prey relationship, but his mouth was too full of bunny to talk. 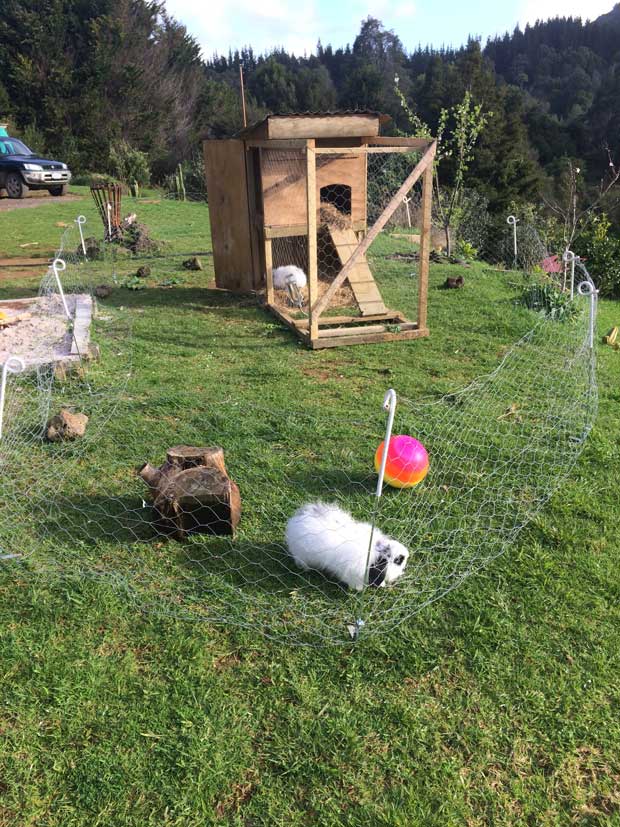 Pepper died immediately. Lettuce looked like she was going to be okay, but passed away a day later.

I felt utterly dreadful, sagging beneath a dismal weight of responsibility and sadness but that was nothing compared to the children’s heartbreak. They’d been rescue rabbits, liberated from a cooped-up life of neglect. We’d only had them for around a week, but they were such joyful, capering fluff balls as they explored their large outdoor run, we’d all become smitten. Even James, who’d threatened to eat them if they got in the raised beds, was so captivated he made hutch alterations to increase their level of comfort.

Death is a permanent presence in countryside living. Black-tinged with rot, it lies in sodden logs on the forest floor and grins from a chewed possum skull. Last summer’s annuals hold its whisper in their dried-twig skeletons, and it gleams in the eyes of our chooks as they hunt for worms. When the children crouch over fallen birds, it stares glassily upwards as they open stilled wings and test the sharpness of curled-up claws. Like ashes from firewood and sucked-clean meat bones, this is impersonal death, just a part of life as incontestable as the sky.

But with Pepper and Lettuce’s departure, Death and the children became more intimately acquainted. For the first time, they resisted its presence. Three-year-old Zen examined the bunny corpses with the diligence of a coroner before sobbing at the news his beloved friends would never wake up.

‘Not ever,’ said Vita emphatically, railing angrily against an unfairness with which she couldn’t reason. She wept with loss and at what now wouldn’t be.

When the tears had dried, she set to work planning a funeral, dressing in black for the occasion and singing such a long solemn song of farewell, I began to despair for its end.

And then life came bursting back at us. Eight ducklings hatched on the very same day. The children’s great peaks of jubilation crashed the next morning when six downy yellow bodies were found by the guava bushes, perished in the cold spring rain. More holes were dug and farewells made.

This time, however, the grieving ended quickly, surpassed by excitement as the two saved ducklings returned to noisy, good health.

The children each planted a rose bush in our improvised pet cemetery and wanted to know when there’ll be flowers. Like some crazy, fantastical dancer, Life has seized their attention again, spinning them round in wonder as spring explodes from the land. 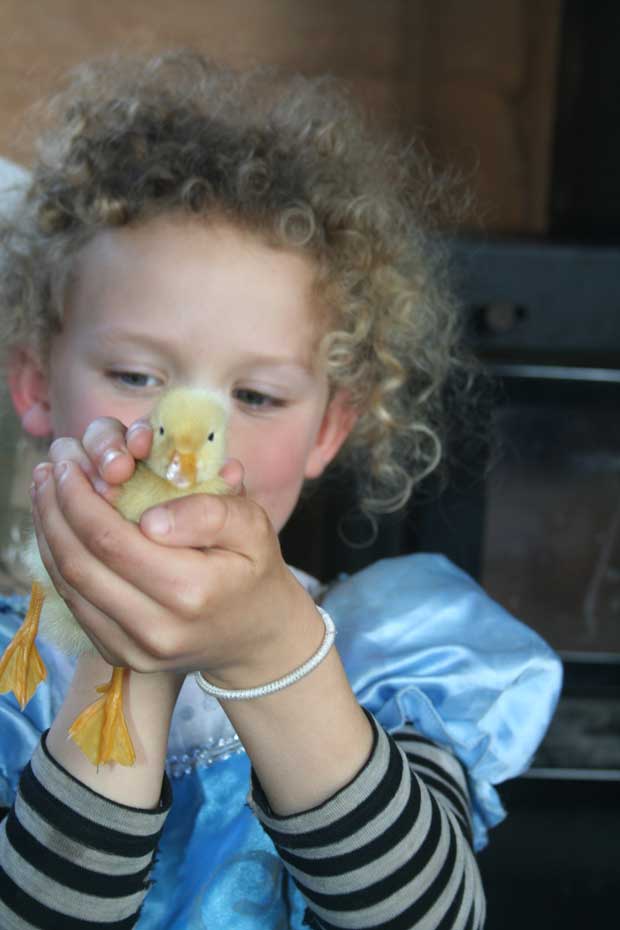 Having left a hole in the children’s hearts, Death’s resumed a respectable distance, offering quiet lessons in the circle of life as furry bodies break down to feed the soil. Vita, in particular, senses its presence and stops from time to time to reflect upon her personal encounter. Her existential ponderings have prompted James and me to add philosophy to our curriculum.

As we explained in our home-school application, the land provides a fabulous setting for scholastic advancement in tune with surrounding rhythms and cycles. With the right mind-set, learning is perennially available every moment during life’s unfurling.