It’s been reworked, rebuilt, re-engineered and re-imagined, but this little car has retained its big heart.

Bruce Richards wanted to build a car. Specifically, he wanted to build a sports car. Several of his friends were already doing so because the regulations differed in those days. In fact, there weren’t any rules if you knew the right people. It was 1959, and Bruce was an apprentice fitter and turner, so he potentially had the wherewithal and guidance to take up such a project. Sports cars were rare and expensive in New Zealand then, so he had to make it himself if he were to have one.

Bruce started to look around and what he found was a rusted and metal-fatigued Fiat, a 1936 Topolino 500cc fading away in Linwood, Christchurch. It didn’t have a lot going for it, but what it did have — joy of joys — was independent front suspension, made famous by racing legend John Cooper and his 500cc Norton-powered race cars. It also had a four-wheel hydraulic brake system. It had lost its engine, but Bruce got hold of one from an Austin A35 — as well as a gearbox — and bullied it into life. With the central tub and rear sections of the body built, and an Austin A35 rear window for the windscreen, it was drivable.

By the winter of 1961, Bruce was towing it behind another car on Canterbury’s backcountry roads to race it up and down, fine-tuning his restoration and his sports-car driving skills. He tinkered some more, putting in a new Ford 105e motor in 1962. After that heart transplant, the gutsy little car still required additional resuscitation in the form of new front body sections. Bruce decided to use flat-sheet aluminium for this. The rear wheel humps were made from old aircraft parts, possibly the wingtip section of a Harvard but, as is universally understood, “la povertà è la madre di tutte le arti”, necessity is the mother of invention. It was hard to work with, to re-shape and weld, so Bruce learned yet another skill — honing his panel-beating proficiency.

He didn’t muck about, and soon he was belting the aluminium into a sandbag with a soft hammer and then running it through an English roller or wheel. This metalworking machine allowed Bruce to craft compound curves from somewhat unwieldy aluminium flat sheets, stretching them and taking out the hammer marks. This was the way of his relationship with the car — endless adjusting, learning and innovation.

But, the milestones of life intruded. Bruce got married, and his car-tinkering weekends turned into house-building weekends, so the wee vehicle was stored in his parent’s garage, which had plenty of room because Mr and Mrs Richards didn’t have a car of their own. This was lucky because the Topolino was parked up for quite some time — three years — as Bruce finished his house and moved on to build first a 12-foot catamaran and then a 24-foot trimaran. 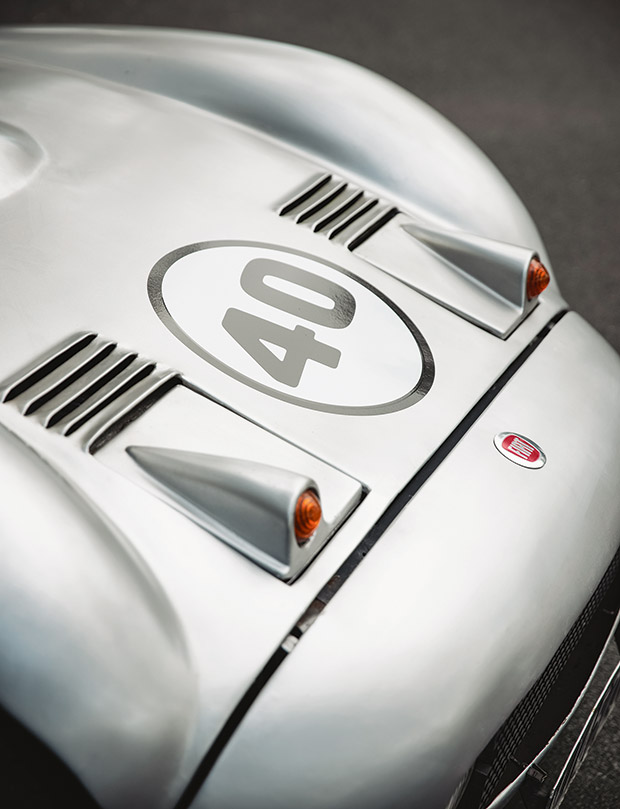 The Topolino moved into the new garage of the new house, and over the years, Bruce tinkered when he could, between work, the arrival of children, and life in general. It wasn’t a complete down-tools; there were still some moments of automotive joy.

“Oh, it was such fun,” remembers Bruce’s daughter Adele. “The two boys from next door and I piled into the open boot — unrestrained — while our fathers whizzed around the estuary at South New Brighton.” For all its implants, the Topolino clearly still had its Italian soul, its vigore. Although mostly on hold, the project remained Bruce’s dream, and he would not let it go.

Then Bruce’s wife, Faye, made a trip to Auckland, loved it and came home to pack up the children, Bruce and his languishing automotive project, and shift them north. That was 1976, and the Topolino made its longest known journey yet, albeit on a trailer.

And then alla fino — at last! — in 1985, 26 years after Bruce’s ecstatic purchase, the Topolino was warranted and registered, and the little car could at last take to the road under its own steam. 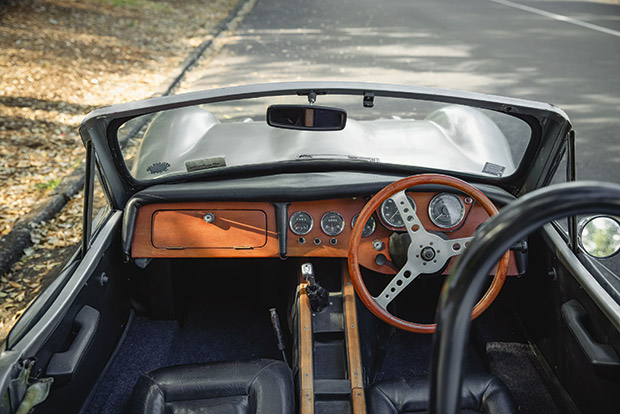 Since then, there have been other alterations. There was the moment the driver in front took evasive action that nevertheless meant the Topolino got a crunched nose. And once, the tiny car was inadvertently backed into something solid, and the only replacement rear lights to be found were vertical, replacing the previous horizontal units. But, overall, it is in its final manifestation. Bruce has long retired, and for a while, the vehicle was only registered for the “topless” summer months and mothballed over the winter.

But there’s been a new lease of life as Bruce’s son-in-law, Dale Daniels, has taken over the wheel and the little car now spends most of its days in Matakana, the perfect place for a roofless car. “When Bruce decided that he wanted to sell to make room in his garage for other projects, there was never any question for Lara and myself that it had to stay in our family. We are privileged to be the custodians of the sports car for our children,” says Dale. You could say Bruce and his Topolino grew up together, although the vehicle is a little older than he. Hand to steering wheel, they traversed the uncertain, bolshy years of youth.

Both have matured, grown into their respective skins, both showing the tracks of their journey. You might not recognize the Topolino for what it once was, but deep in its chassis, it is still the gutsy little Italian car it was born, and deep in his heart, Bruce is still the boy who fell in love with it more than 60 years ago. He might state that love is too strong a word because he bought the car as a means to an end, but it is also probably safe to say that simply by holding onto it all these years, a little love is involved.

More stories you might like:
A second life in Central Otago: A promising equestrian turns to knitting and sewing after a major spinal injury 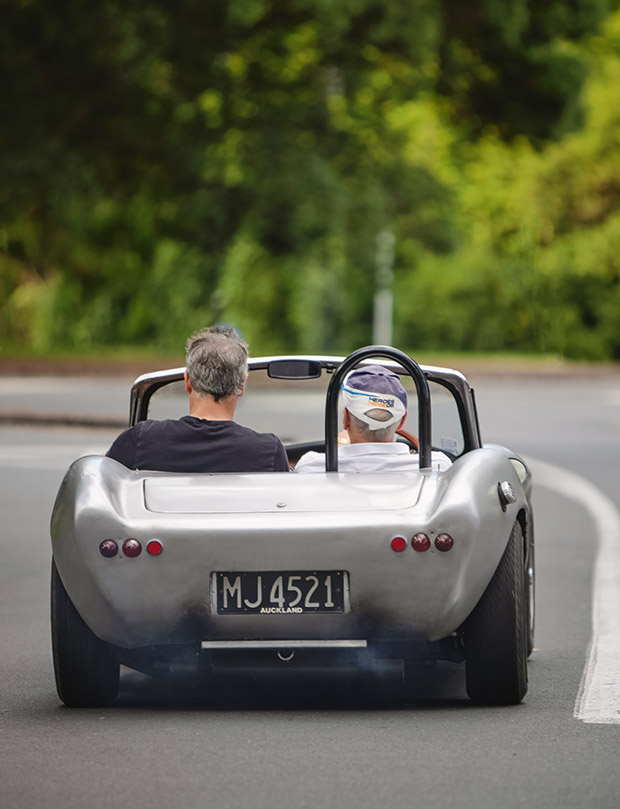 A BRIEF HISTORY OF THE TOPOLINO

The Fiat Topolino was designed to bring motoring to the masses and was an instant hit when it was released in 1936. The final design was honed by engineer and designer Dante Giacosa, who is now considered one of the masters of the Italian school of motoring.

His innovations for the Topolino included sitting the radiator above the engine to save the water pump, installing two V-beam frames from the front to the rear, designing a four-cylinder engine with side valves, feeding the fuel by gravity, and adding an oil pump that distributed lubricant to the engine by flaps or the movement of the internal organs.

The resulting slightly cartoonish car was likened to Mickey Mouse and called the Topolino (the Italian name for the cartoon character).