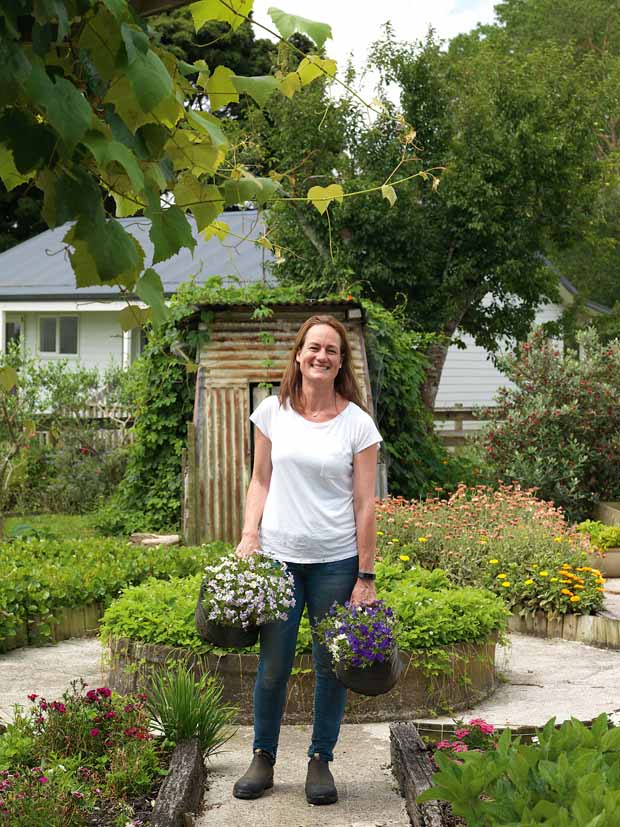 A South Auckland grower shares the secrets of her edible garden.

“Here, try this,” says Tamsin Wilson pinching a flower head from a potted carnation. The pink petals taste a little like cloves. “And this one,” she says stooping to pick some frothy white alyssum.

Tastes like cabbage. Red geraniums: pleasantly sour. Shiso leaves: toasted cumin. “And have you ever tasted begonia?” she asks, picking a tiny red flower. Amazing. Who would have thought the ubiquitous council bedding plant, the darling of hanging baskets, would pack such a culinary punch? Crisp, juicy with a burst of citrus, it is the perfect garnish for fish.

The greenhouses, raised beds, orchard and tidy rows of potted colour on this 1.6 hectare property south of Auckland are full of surprises, some tasty, some merely pretty and all of them edible. Together they constitute The Secret Garden, a business devoted to organically growing more than 50 varieties of leaf and flower garnishes for some of the country’s top restaurants.

It’s a niche operation with a select clientele and in every way different to the agricultural aid projects in Thailand and Laos that kicked off Tamsin’s horticultural career. 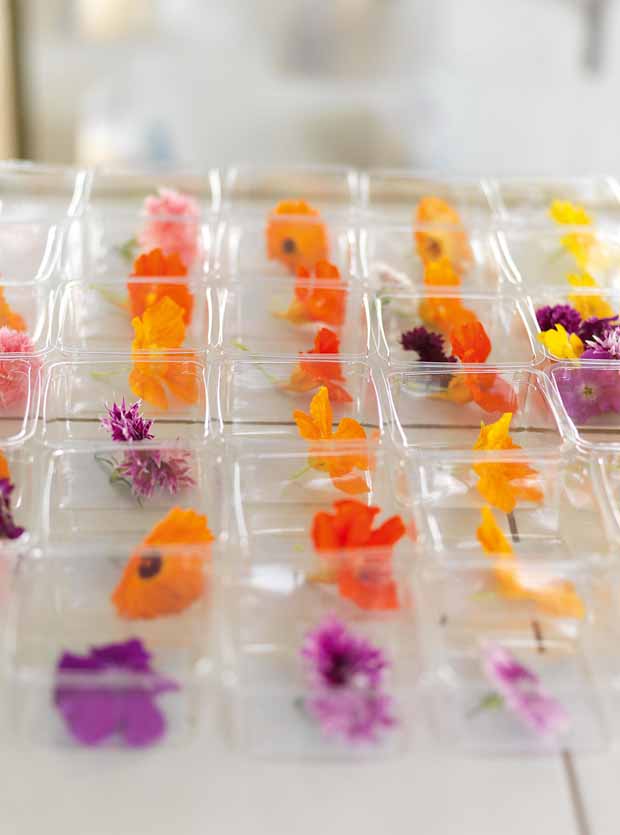 She was born in England but spent much of her childhood in Cyprus and then Gibraltar where she developed a love of good food and an interest in gardening. Inspired by her parents who planted cacti in old ammunition crates, she formed a garden club with four little friends and, aged eight, planted her first vegetable garden.

“It was down by the side of the house, under some conifer trees – really dry, really dark and the soil was probably really acidic. Everything died very quickly but I remember being very enthusiastic.”

Undeterred by her failure to grow vegetables on the Rock of Gibraltar, she went on to plant vege gardens in every new place she settled. Working the soil became her way of putting down roots. She planted in Thailand, alongside the tomato farm where she worked out her gap year. And when she moved to Wales to study agriculture at Bangor University she grew veges and made buckets of soup for the students in her hall of residence. 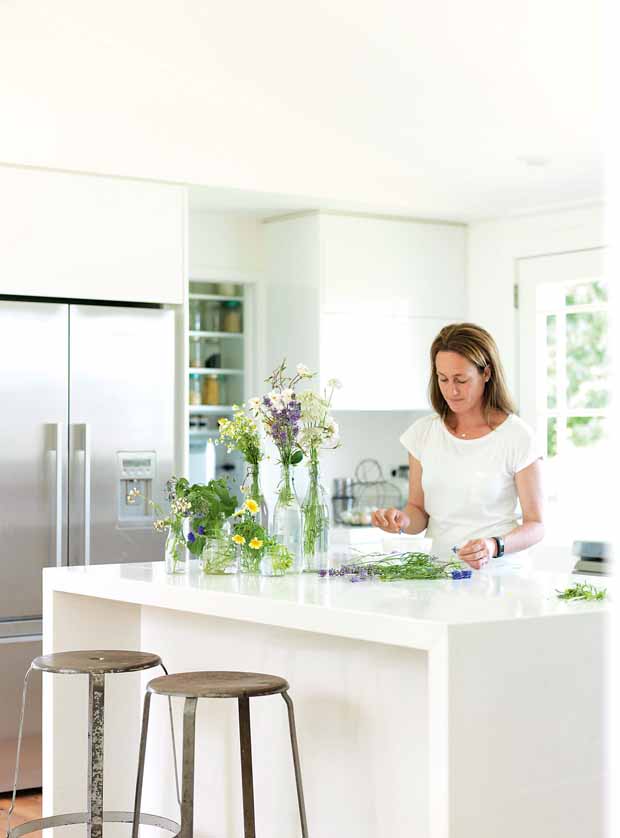 “I studied agriculture because I was so desperate to travel. I thought if I did that I could do agricultural extension work for an NGO overseas. But I kind of chose the wrong university because it was very focused on sheep.”

Somehow managing to steer her degree towards cropping, she researched sorghum production in Burkina Faso, West Africa, and then landed a job with a development agency that sent her to an area of Laos near the border with Myanmar.

“We were introducing vegetable gardens and trying to create market linkages as well. Some of the villages were very poor so it was a way of improving their standard of living. It was an experience that completely changed me. It made me feel really grateful for what we have here but then I can also see how in some of those villages they have a beautiful life.” It was during her three and a half years in Laos that she met her future husband, a Kiwi forester named Pete who was based in the capital, Vientiane. They moved to New Zealand in 2003 and bought the villa and lifestyle block in Patumahoe where they now live with their children Lena, 10, and Callum, nine.

“We made the decision because we wanted to bring up the children in this situation – rural with a nice country school.” The rich loam soil and the climate, which meant they could grow crops all year round, clinched the deal for Tamsin who, true to form, immediately dug herself in.

She started The Secret Garden in 2012 with a friend who came up with the idea of growing edible flowers. Tamsin was reluctant at first – she couldn’t see how it could work – but the pair gave it a go, initially selling just 10 punnets of petals a week. After a year, her partner pulled out and she was running it solo, but she persevered and now, three years on, the business provides enough work to pay 10 part-time staff. 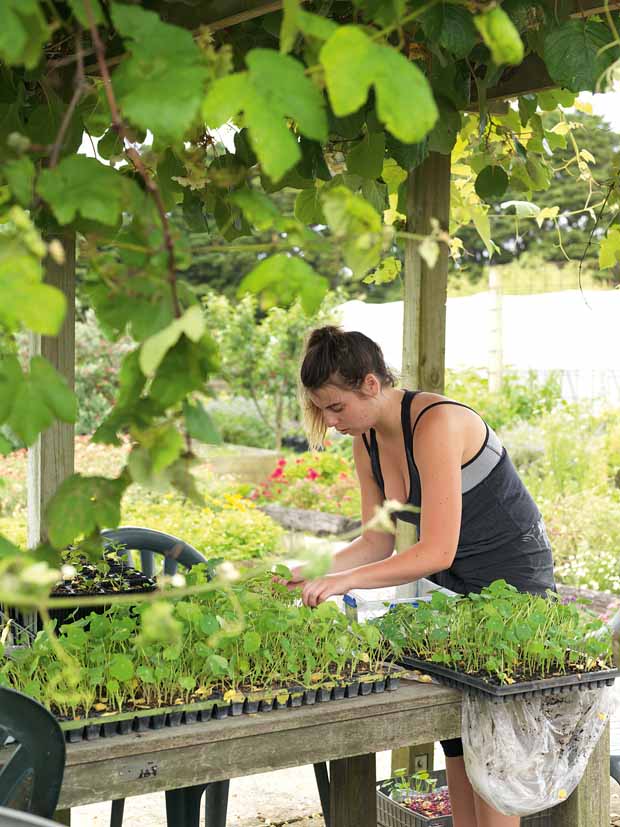 Flowers from The Secret Garden

All local women, they call themselves the Secret Ladies and Tamsin says she’d be lost without them. They take care of the potting, picking and packing, leaving Tamsin to research and plant new varieties. She says success has taken her by surprise.

“I’m constantly amazed at what’s happened. Every year I think this will be it, but then every year it gets bigger or we start growing something else.”

Sometimes she plants to order. Myoga ginger plants, with crunchy flowers that shoot straight out of the soil in the manner of asparagus, are grown specifically for Masu and Cocoro restaurants in Auckland. But mostly she draws on her knowledge as a cook and her curiosity as a plants woman to grow what she thinks will tempt her chef clientele. She doesn’t always get it right. A magnificent stand of magenta spreen, a type of spinach with hot pink leaf shoots attracted no interest.

“I was going to pull it out then a chef rang for it the other day. I told him he’d saved it from death row.”

This and the ginger flower are two of the more unusual offerings on the product list. Many others are what we might call common. Tamsin is perhaps the only grower who carefully cultivates weeds. Part of one greenhouse is given over to chickweed (tastes like beetroot) and she’s interested in the parts of plants we don’t think of eating. Broad beans, chives and feijoas are grown for their flowers and she says she’s constantly finding things she never realized were edible.

“For example, when a radish bolts, it forms this big long flower head that produces these crunchy, juicy little seed pods that actually taste like radish.”

Discoveries like this show how much knowledge has been lost over time as we’ve moved from food gathering to commercial cropping. She says other cultures have retained more of that wisdom. A few months ago she was back in Laos visiting her friends in the villages where she worked.

“It was a great experience for me because they do so much foraging. They go into the rice paddies and find all sorts of herbs, and they pick shoots from the pumpkin plants and stir fry them.”

She says she learned a lot on that trip but it was a one-way exchange. When she tried to explain her own garden business, her friends just didn’t get it. Not at all, she says. Growing flowers for garnish? “I think it’s incomprehensible to them.” 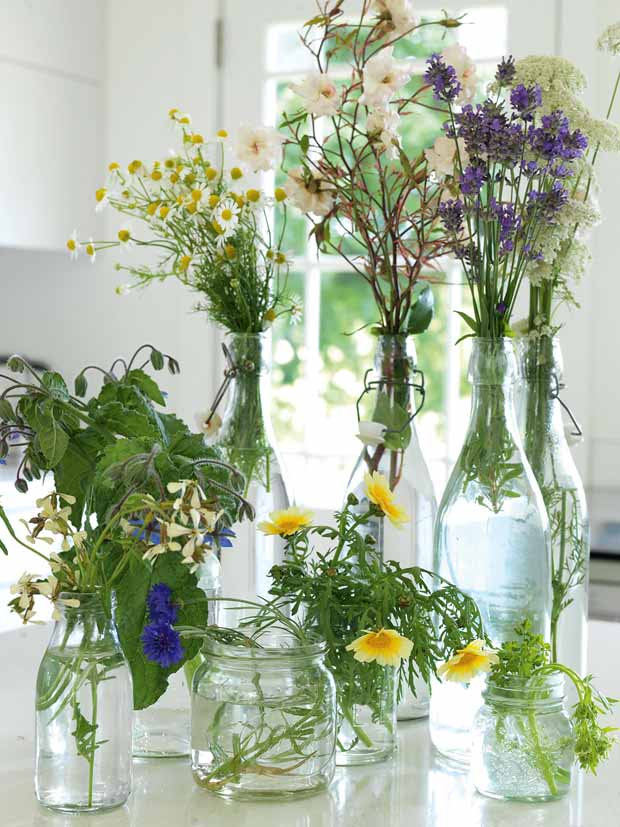 PICK OF THE BUNCH

Avoid flowers treated with chemical sprays. Flowers from the florist should never be used for culinary purposes. Flowers growing close to roads may have been treated with herbicide.

Pansy, viola, dianthus, cornflower, borage, alyssum, calendula and marigold, which are commonly found in summer gardens, are edible and easy to use in the kitchen.

Beware of fairy primrose, sweet pea, azalea, crocus, daffodil, foxglove, oleander, rhododendron, jack-in-the-pulpit and lily of the valley, which are not edible.

To use edible flowers, pull the petals, trim the bitter white base of the petal and sprinkle over savoury or sweet dishes.

The home cook can buy The Secret Garden edible flowers from Moore Wilson in Wellington and Farro Fresh stores in Auckland.