Café owners in Whangārei invent a dehydrated, vegetarian mince to save on fridge space Seeking a plant-based mince to serve at their café, a Whangārei couple came up with a just-add-water version that tastes as good as it looks.

The options for plant-based meat alternatives have expanded rapidly, but Northland-based entrepreneurs Debbie and Nigel Stowe have taken a different approach with Vince, their vegetarian mince.

You won’t find Vince in the fridge alongside its veggie rivals in grocery stores. The vegan product is dehydrated, so it doesn’t require refrigeration. That was a key consideration for the Stowes, who had become familiar with the cost and environmental impact of refrigerating food while running their former café, Nectar, in Whangārei.

“We had eight to 10 fridge units at the café, and one of them would always be breaking down,” says Debbie, a chef and the lead product innovator at Vince. 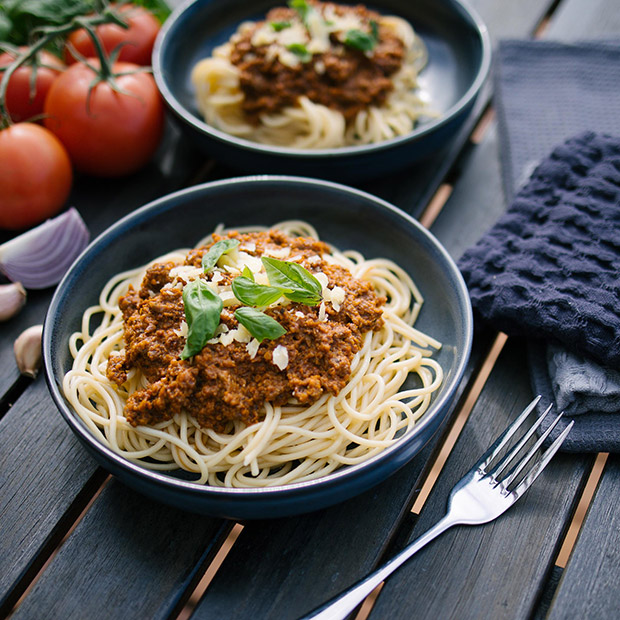 The 500 grammes of vegetables that go into a bag of Vince include tomatoes, carrots, cauliflower, celery, onions, and a mix of herbs and spices and peanuts. That’s it — no additional additives or colouring agents. An air-drying process sucks the moisture from the veggie mince, giving a vacuum-packed bag a shelf life of 12 months.

To rehydrate it, add boiling water and leave for four minutes. The drying process has been fine-tuned to give the mince a similar consistency to beef, lamb or pork mince, says Nigel. “Getting the texture and bite resistance right was challenging and required a lot of experimentation.”

He adds that the air-drying method also locks in flavour in a way freeze-dried vegetable rivals don’t. “A sun-dried tomato has a lot more flavour than a tomato. That’s the principle with Vince.”

The Stowes aren’t veggie purists per se. Their vegetarian venture grew from the family’s search for a healthier diet. “Our youngest child was ill with eczema and gastro problems and became over-medicated as a result,” says Debbie. “We thought there had to be a better way.” It turns out that there was — eliminating gluten, dairy and eventually meat from their daughter’s diet finally allowed her to sleep through the night. Nigel and Debbie adopted the same diet and lost 22kg and 18kg, respectively, feeling much better. They introduced more plant-based meals at their café, where the idea emerged for tasty, easy-to-make veggie meals.

Debbie was inspired by the cooking she enjoyed growing up — bolognese, nachos and lasagna— and began to concoct the perfect veggie mince alternative that would suit those dishes.

The Stowes left the café and started a food brand called Olive & Ash to focus on Vince. Last year, they completed a pre-seed funding round that raised $75,000 from investors and received support from business incubators Northland Inc. and Sprout. This has allowed them to buy equipment to scale up production to supply supermarkets nationally. The Stowes have just shipped their first export orders to Japan, where dehydrated food already has wide acceptance. In New Zealand, Vince is on sale via independent retailers, the Farro’s chain, New World stores around Northland and online. 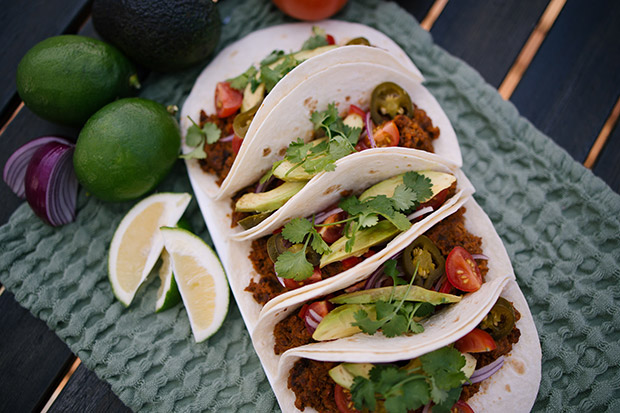 Nigel and Debbie want to keep production based in Northland and recently switched out Italian tomatoes for Northland-grown ones and now source mānuka-smoked chillies from the region as well.

“The big criticism of some meat alternatives is that they are basically vegan junk food, highly processed with a lot of ingredients,” says Nigel. “You can’t say that about Vince. We don’t even add any extra protein other than the peanuts. We’ve kept it simple, which is what whole foods are about.”

Headwinds: Kiwis’ acceptance of dehydrated food isn’t as developed as in other markets, something Vince hopes to change with tasty veggie mince dishes and clever marketing.

Tailwinds: “Through our research, we’ve found that the reason most people are turning towards plant-based foods is for their health. That means a big shift in people’s diets,” says Debbie. What’s next? “We are working with The Food Pilot at Massey University on an exciting new product in the plant-based space. We are also planning nationwide distribution and export to Japan and the United Kingdom.”

$8 Online cost of a 100g bag of Vince, which expands in weight to 350g when rehydrated.

500g is the minimum weight of garden vegetables that go into every bag of Vince.

$75,000 pre-seed capital raised by Vince, allowing it to scale up production for supermarkets and meet international orders.