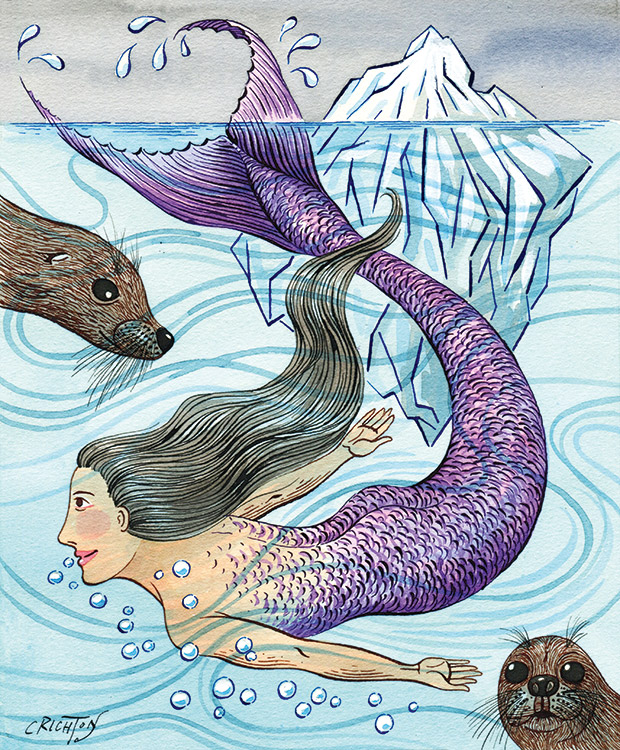 There are times when stressing out the system can be good for the health — ask the artery-blessed Ama of Japan.

In the Albion Hotel in Brighton, England, there is a plaque dedicated to a doctor from the 18th century who once had a house on the site and whose reputation still causes the occasional visitor to inquire about the connection. The doctor was called Richard Russell, and the plaque says: “If you seek his monument, look around.”

It references the sea — stretching to the horizon — and the resort of world-renown that exists in homage to it. Dr Russell made his name and fortune by publishing books on the therapeutic properties of seawater. Well-off people of the era enjoyed bathing, and many considered it good for them.

“Taking the waters” was popular, and dozens of British and European towns persist with the word “spa” or its equivalent in their names. One of the biggest threw subtlety to the wind and called itself Bath. But that sort of bathing was warm and minerally, fed by geothermal springs, and easy to like.

Dr Russell advocated something quite different: bathing that was chilly and bracing.

It doesn’t sound like a recipe for viable competition with soothing subterranean soaking sessions, but it caught on. People then, as now, were willing to endure discomfort for their health and flocked to the seaside to try it. Although various social forces were in play, Dr Russell’s ideas contributed to enthusiasm for the seaside that continues to inform British culture today.

More stories you might like:
Water cooler: Unladylike ladybirds, a lazy granola recipe and models on horseback

It was also part of Dr Russell’s worldview that seawater was good to drink. I interpose to avoid any doubt that this part of his thinking does not survive modern scrutiny and should not be pursued. However, the immersion part taps a long tradition. 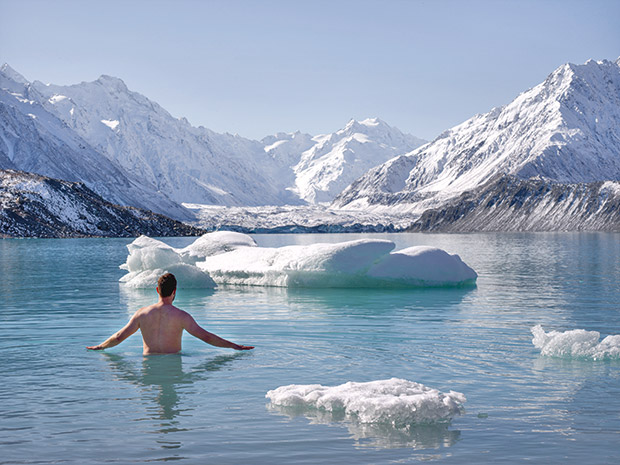 The Romans were also fond of an icy plunge and upped the ante by sweating themselves in heated rooms first, which continues to be popular in Scandinavia. The impression that treating the human frame this way toughens it up and fends off disease has piqued the interest of multiple cultures and generations and has attracted the attention of modern researchers.

Most health research chases things that have a commercial pay-off, which means drugs, so interesting ideas like this do not necessarily have significant resources devoted to them. Nevertheless, there are clues. Probably the biggest investigation so far was called the Cool Challenge, done in 2015 in the Netherlands using nothing more exotic than the morning shower.

More than 3000 people were enrolled and allocated to a group that showered normally or turned the shower to cold at the end for anything up to a minute and a half, over three months. The cold-at-the-end people wound up having 29 per cent less absence from work attributed to sickness.

Cold showering is an excellent way into the concept for the average person. Still, for the more adventurous, winter swimming is gaining popularity and has a long tradition in northern hemisphere climates, where for obvious reasons, it is often called ice swimming.

Since 2009 there has been an international association for it. Swimming in very chilly water has been shown to improve mental wellbeing and even relieve depression. It seems to make regular participants more resistant to infection — a 40 per cent reduction in respiratory infections than non-swimmers in one study.

There is also evidence it can tilt blood lipid levels in a healthy direction and lower blood pressure. Multiple changes in blood chemistry have been described in various journals, with plenty of scope to debate the details. But the overall impression is that the stress of the experience better tunes metabolism to meet other stresses, such as infection or the dysregulated inflammation that causes disease.

One of the most intriguing studies investigated Japanese female pearl divers called Ama. Pearl diving is a traditional occupation for the women of some Japanese fishing villages. Even today, small numbers continue to practise with only limited concessions to modernity, such as wetsuits but not scuba tanks. The free dives involve breath-holding, water pressure and chilly depths, so more than one stress is in play.

But the Ama have a reputation for robust health — they keep free diving into their 70s — and researchers in 2016 chose to address the rigidity of their arteries. It sounds a bit obscure, but arteries are the basis of heart attacks and strokes, and their flexibility is a crucial measure of how long they will serve you. When Ama were compared with age-matched non-divers from the same villages — meaning other factors such as diet were similar — their arteries were superior.

The point is broadly what biologists call hormesis: the concept that limited amounts of something noxious promote good health by stimulating mechanisms that do useful things, such as repair cells. It is probably why exercise is good for you — straining your system provokes it to repair itself. It is also one of the theories behind nutraceuticals, such as turmeric and resveratrol, which stimulate the enzyme pathways associated with stress at a molecular level. Possibly these tonics are mild poisons, which in small doses leave you better off.

Which is also the vital caveat. Small dose. Leaping into cold water without due care won’t necessarily turn out well. Irregular heart rates, hypothermia and worse await the over-enthusiastic. If the sea option appeals, do it slowly and in the company of others.

Otherwise, go no further than the shower. A couple of minutes of cold water at the end of every day will safely reap for you the insight that made Dr Russell so celebrated.

Roderick Mulgan has been a doctor for a quarter of a century and has a particular interest in how lifestyle choices affect wellbeing. He is also a practising barrister and the author of The Internal Flame. Order his book at thisnzlife.co.nz/shop